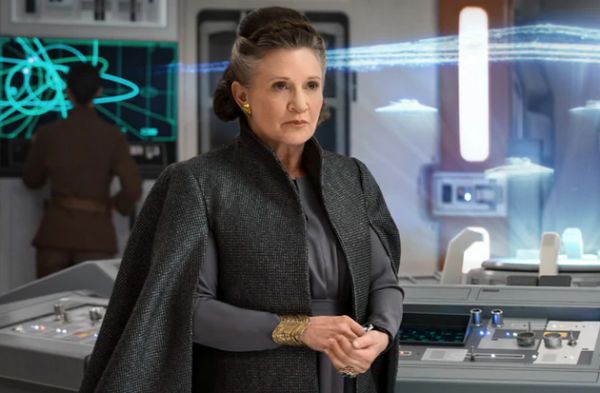 The original plan for the final chapter of the Star Wars triple trilogy was to highlight General Leia as the main character, after focusing on Han Solo in The Force Awakens and on Luke Skywalker in The Last Jedi. But those plans had to be changed due to the death of actress Carrie Fisher in December of 2016. Fisher’s role in The Rise of Skywalker had to be reconsidered. The film will will still feature Leia, using unused footage from the two previous films. While we don’t yet know what will happen, we now have some idea of the original plan, explained by her brother Todd Fisher.

In the original version of the ninth and final installment, The Rise of Skywalker, his sister, Leia (played by Carrie Fisher), was going to emerge as a full-fledged Jedi warrior, complete with her very own lightsaber. That’s according to no less an authority than Fisher’s real-life brother, Todd Fisher, who filled us in on what the plan was for his sister’s iconic character prior to her sudden death in December 2016. “She was going to be the big payoff in the final film,” Fisher reveals exclusively to Yahoo Entertainment. “She was going to be the last Jedi, so to speak. That’s cool right?” (Watch our video interview above.)

Cool is an understatement: It’s positively wizard. Leia’s Force abilities were teased in a key scene of Rian Johnson’s The Last Jedi, and the Resistance general apparently would have had the chance to get even more physical in The Rise of Skywalker. “People used to say to me, ‘Why is it that Carrie never gets a lightsaber and chops up some bad guys,’” Fisher says, noting that Alec Guinness was roughly the same age when Obi-Wan Kenobi battled Darth Vader in A New Hope. “Obi-Wan was in his prime when he was Carrie’s age!”

Read more of Fisher’s discussion of his sister and her role in Star Warsat Yahoo! Entertainment. -via The Daily Dot