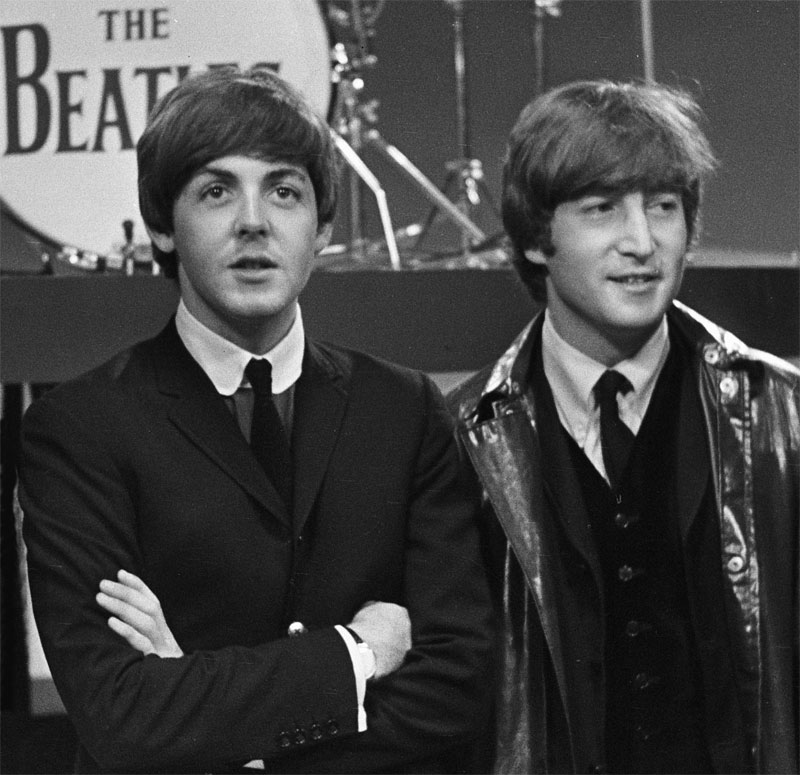 Lennon and McCartney: One of the most famous songwriting partnerships in pop music history, and this year on July 6th, it will be 60 years since the two first met at a church fete in Liverpool, England, back in 1957. John Lennon was 16 Paul McCartney, 15, and since then, it’s become Beatles lore that over the years they had their ups and downs. The question for fans has always been, how did these differences effect their songs?

To mark the anniversary, and their relationship as creative duo, composer Dr. Alexis Kirke from Plymouth University has used an algorithm to “chart the emotional development of their friendship through their lyrics.” For a new piece, Come Together: The Sonification of McCartney and Lennon, Kirke will take the data he’s gathered to create a classical duet of emotionally-annotated words from 156 McCartney songs and 131 Lennon songs.

Kirke is no stranger to using algorithms for experimental music making. Previous experiments have included using bots with the personalities of Luke Skywalker, Darth Vader, Superman, and Batman to create a live performance. Come Together will be an a cappella performance between a soprano and tenor voice, interwoven where Kirke plotted the emotional positivity and physical intensity.

The words were used to map musical features that chart happiness throughout their time as friends. Kirke has made the duet to mirror events that happened between the two in real life, from Beatle-mania, pointing to the jubilation of their early success, to the negavitity that came with their split in 1970, leading up to Lennon’s tragic assassination in 1980.

“I’ve been a huge fan of The Beatles since my dad introduced me to Sgt. Pepper’s in my early teens,” Dr. Kirke said. “Having developed the lyrical analysis method with other artists [Kirke has done a sonification of Bowie’s career for the V&A], and realizing that this year was the 60th anniversary of McCartney and Lennon forming The Quarrymen, it seemed a wonderful opportunity to combine my childhood musical enthusiasms with my adult research and composition. The lyrical emotion patterns that I discovered were very exciting and cried out to be turned into a performance. I feel honored to have this opportunity to compose a vocal duet about two people that have had such a large emotional impact on my life.”

Below, an unforgettable performance by the band that shows just how close the two were in song:

The performance will take place next month as part of the Peninsula Arts Contemporary Music Festival which runs 24 to 26 February 2017 at Plymouth University, UK. Find out more about Dr. Alexis Kirke at his website here.

Scientists Are Making Music with Slime Mold and Whale Songs

[Exclusive] Celebrating the Man Who Photographed Everyone from MJ to MLK