In a world where reptiles and reality stars allegedly masquerade as politicians, Johanna Goodman‘s colossal figures fit right in. For the past year and a half, the New York-based illustrator has dressed hundreds of historical faces in collages of absurd apparel to create her ongoing series, The Catalogue of Imaginary Beings. As a professional illustrator, Goodman is usually tasked with visually interpreting someone else’s ideas. But while fiddling with a stack of fabric scraps she’d collected over the years, unusual humanoid forms began to emerge. 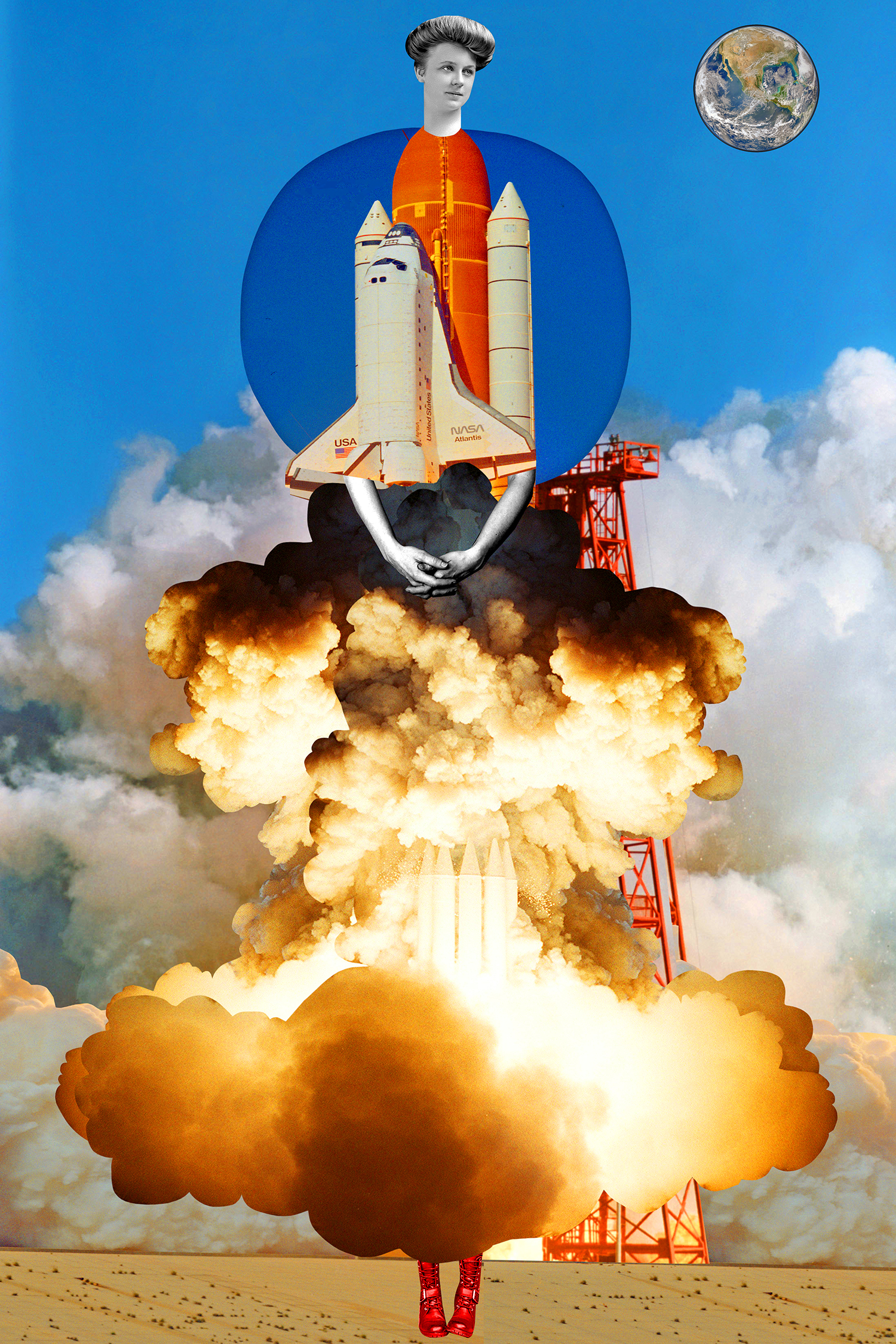 Goodman borrows the heads of people from old photos. She cuts the arms and legs off models in magazine ads. The mixture of historical faces, contemporary limbs, and massive, otherworldly bodies give the beings a mythical aura.

“As an illustrator and woman, I’ve looked at a lot of magazine images and didn’t want these [imaginary beings] to be shrinking, small, waif-like characters,” Goodman says. “I wanted to make them seem big and have some kind of punch and power.” 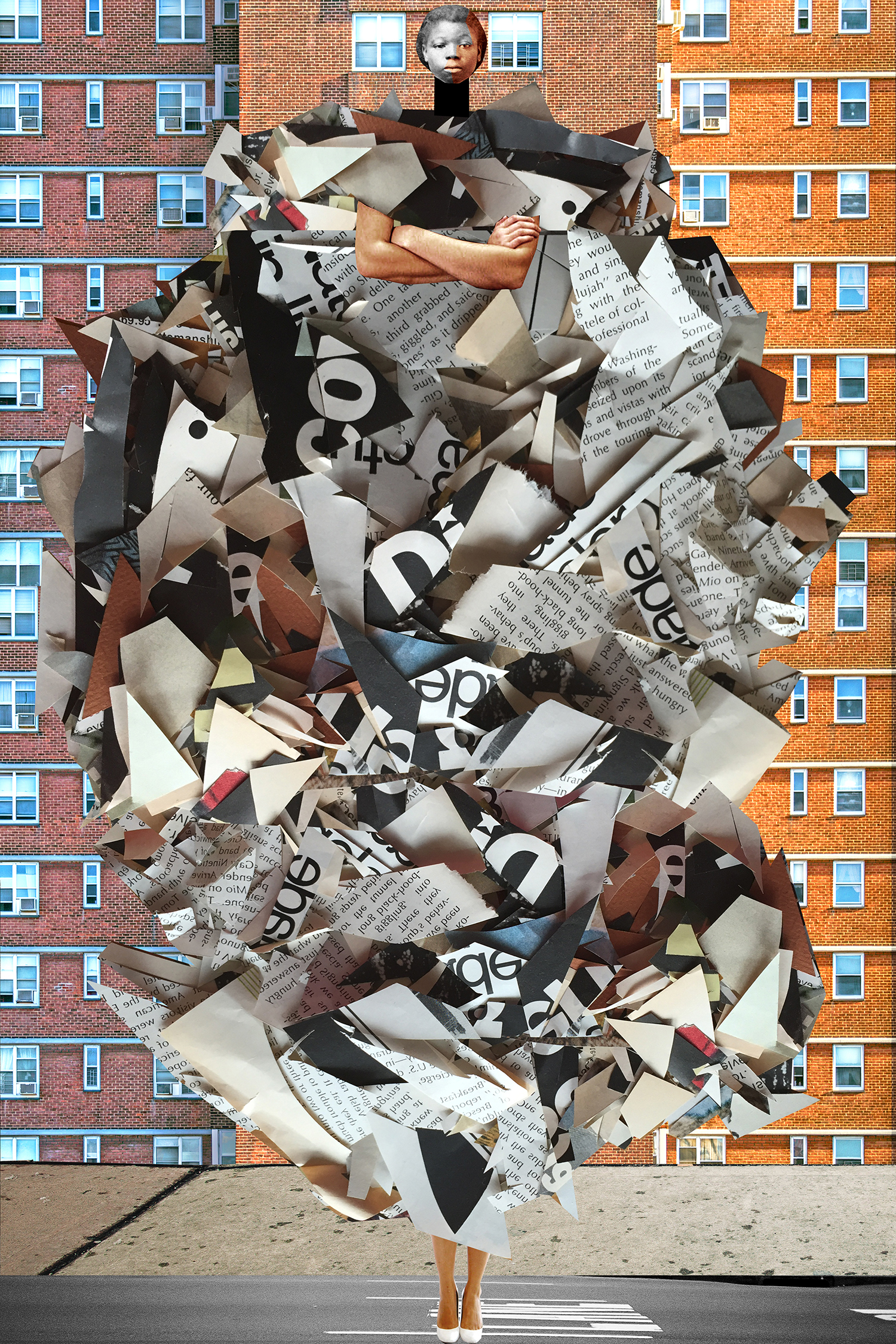 Goodman depicts her beings as bold and towering.

Goodman’s beings grew out of her fabric scraps and the artist began to create their outfits from other materials. She stitched the Guggenheim into a gown and sewed inner organs onto outerwear. Though initially focusing on female forms, men eventually took shape, as an Eskimo in an iceberg vest and Zeus in a bathing suit of bubbles. 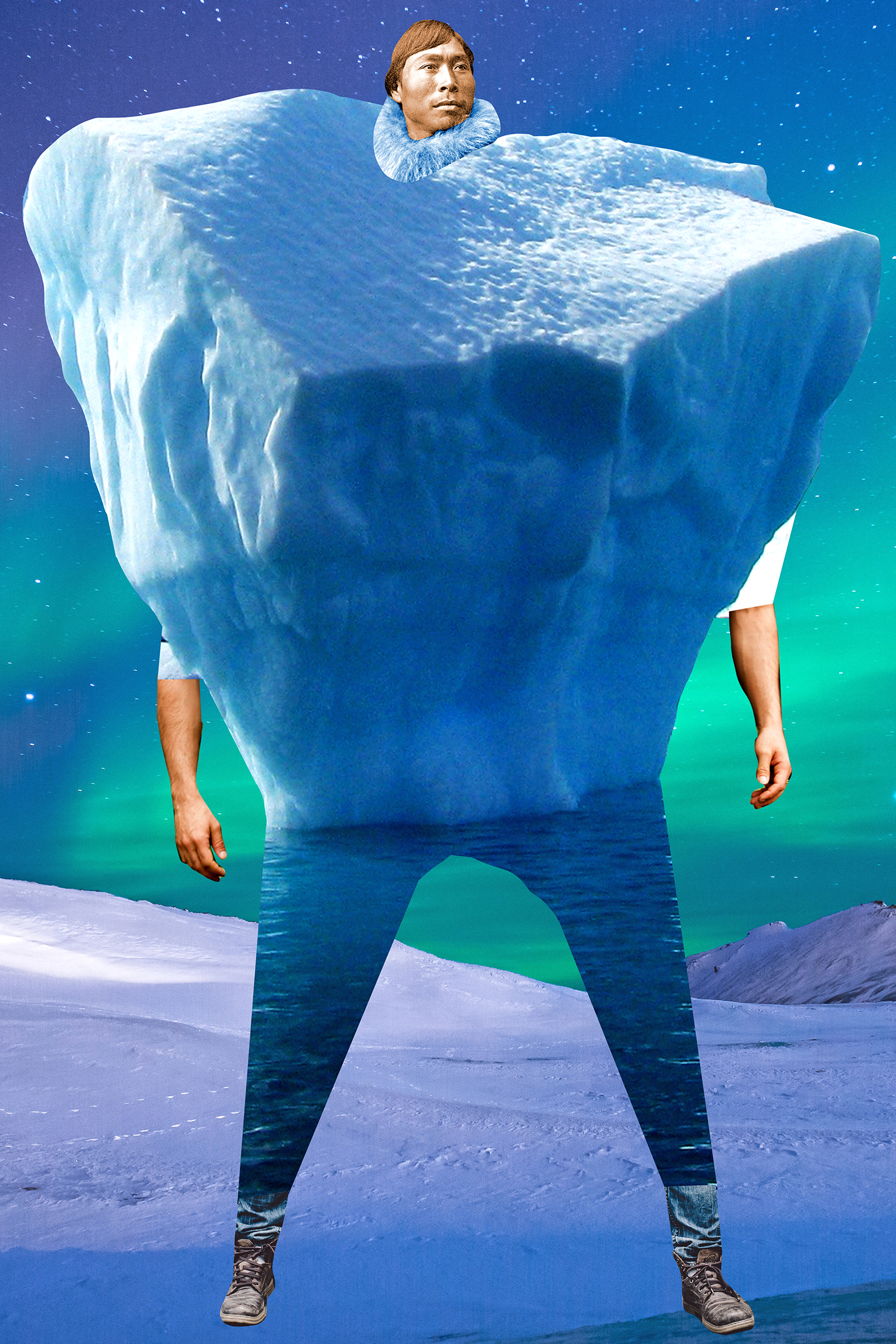 The Imaginary Beings have begun to take inspiration from real world. 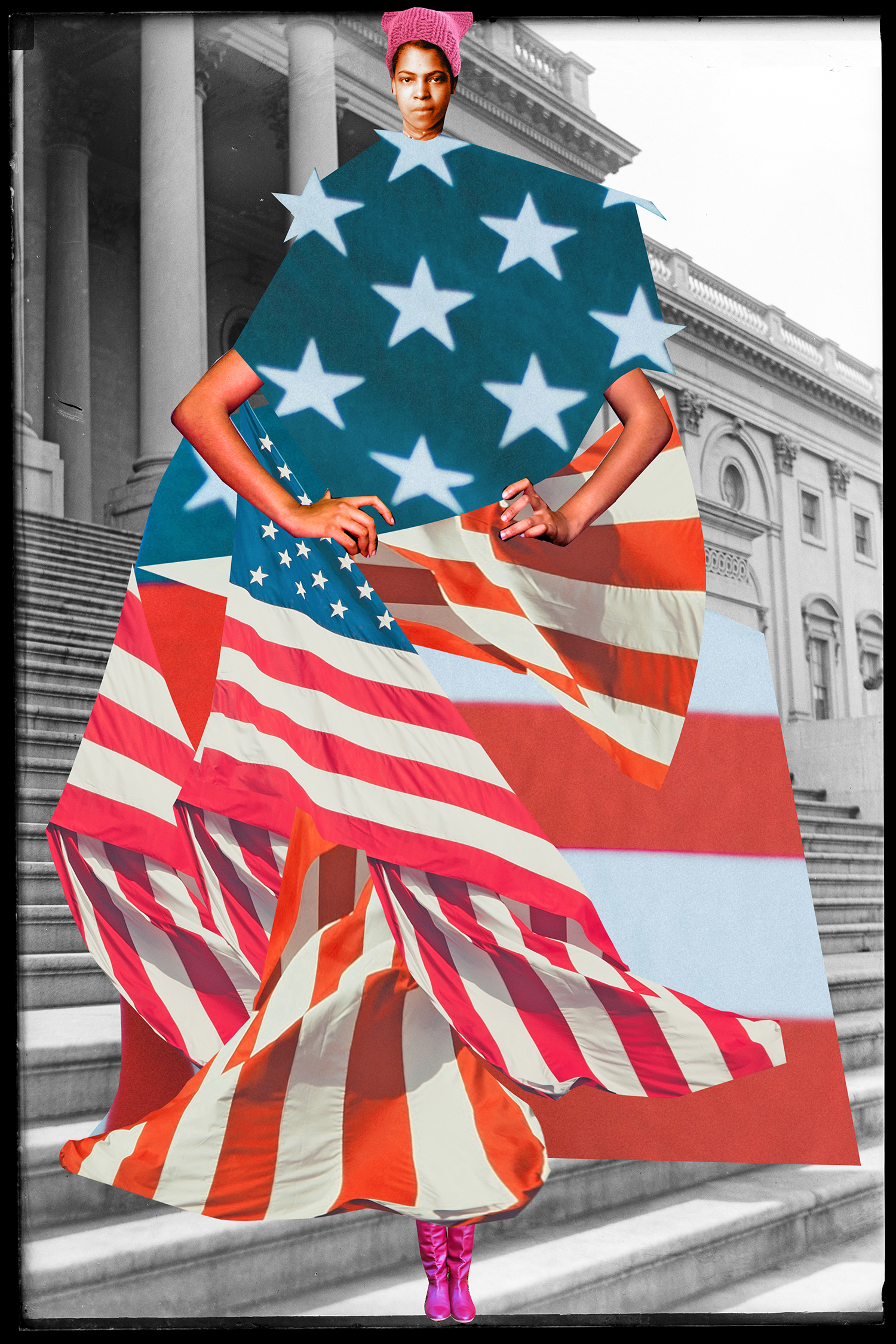 An Imaginary Being Godman created for the Women’s March.

In January, Goodman got political and her beings followed suit. “I’m usually not too political, but this felt like extenuating circumstances, and I thought this was a good way to get my point across,” she says.

She created a few beings, clad in protest signs and American flags, for the Women’s Marches in Washington, DC and New York. She dressed Elizabeth Warren in pantsuit of speakers. The artist spent some time designing a being to depict Donald Trump, but abandoned the project for her own sanity.

“I made Donald Trump one, but it just wasn’t a fun experience,” she says. “I would rather focus on things I think are positive, and Elizabeth Warren was one of those touchstones.” 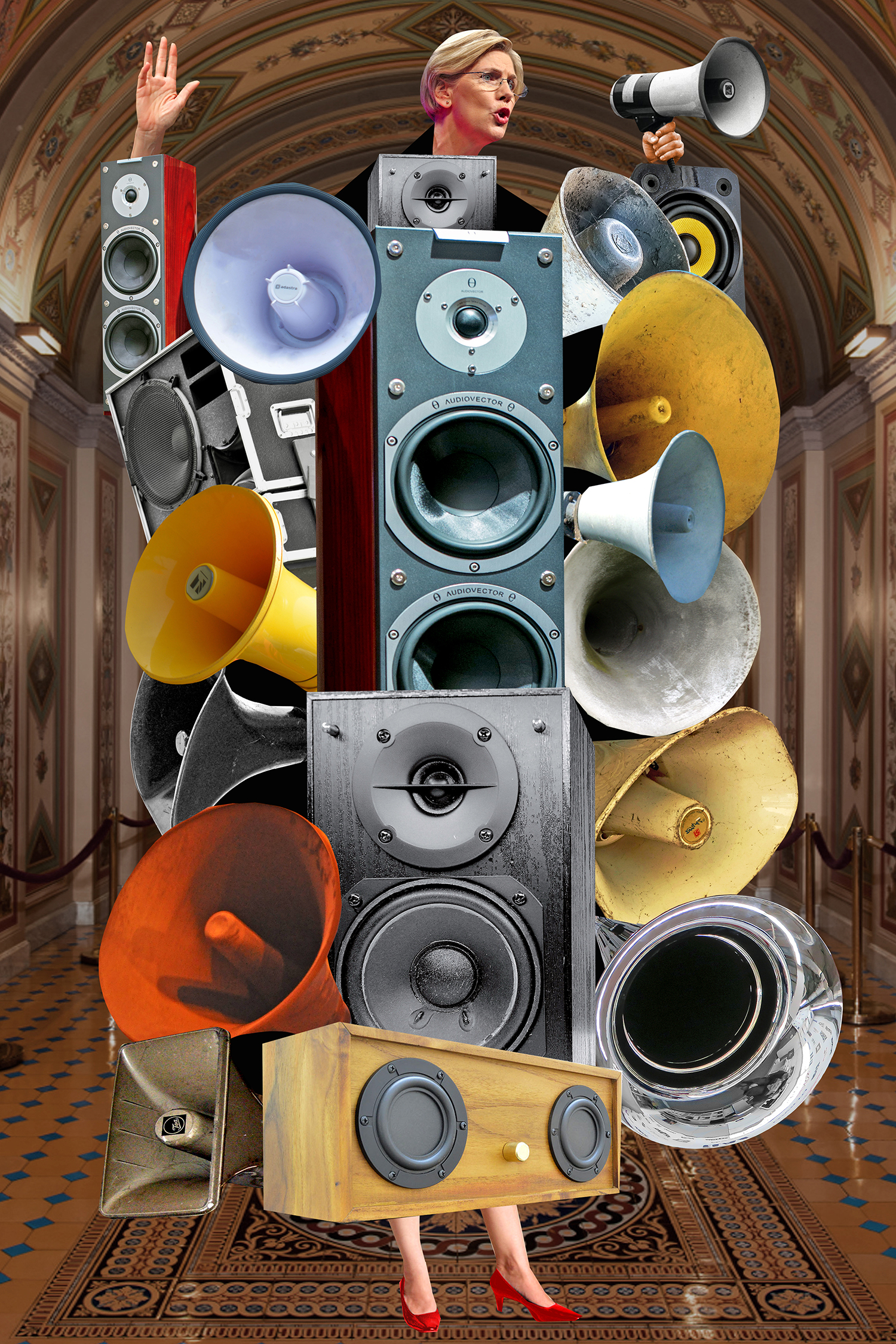 Elizabeth Warren in a pantsuit made of speakers. 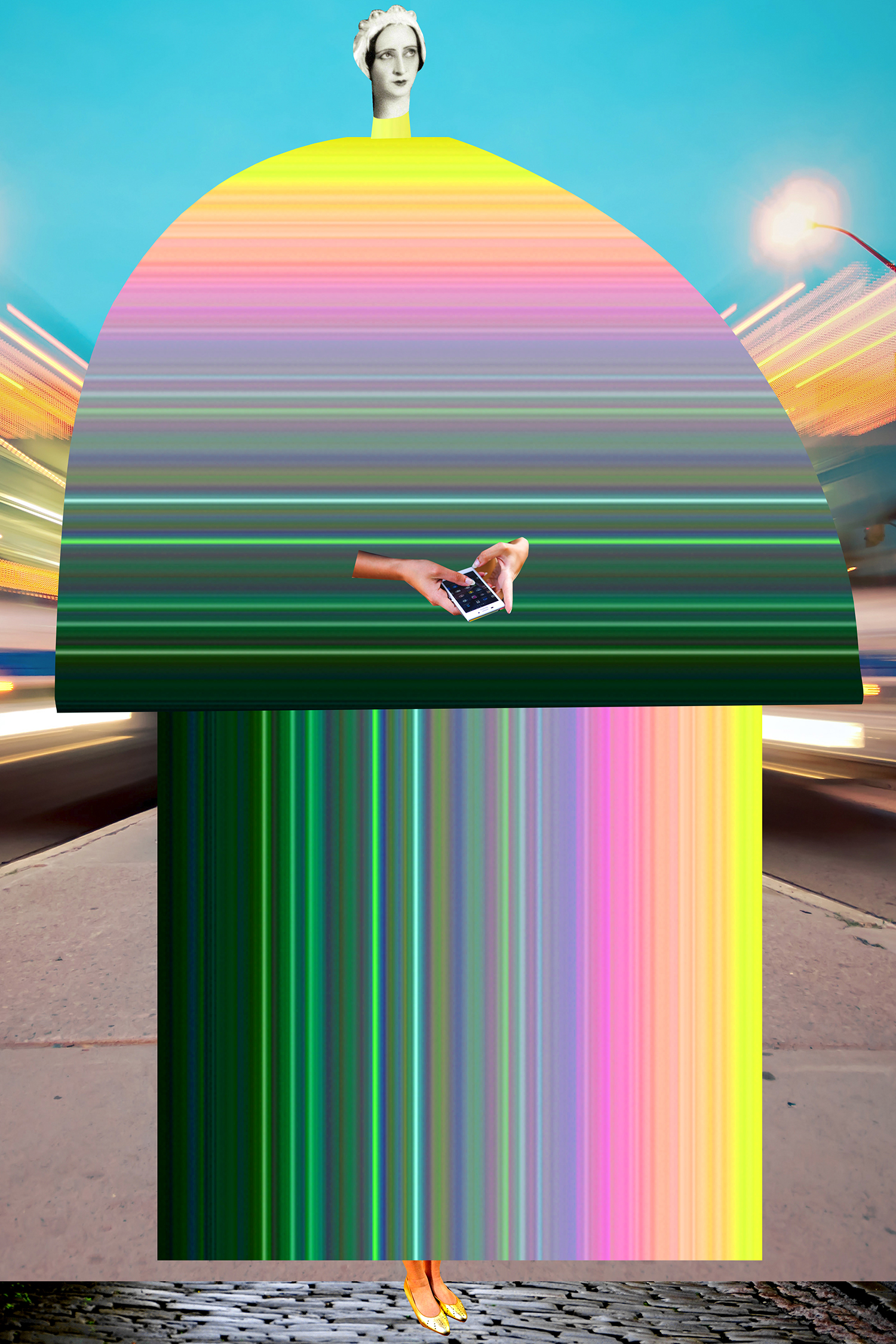 Beyond the few political pieces, most of Goodman’s beings are whimsical, unintentional, and unrestricted. Nearly all of the almost 250 she’s created to date have manifested on their own accord. Goodman just puts together the pieces.

“In general, I tend to not want to impose too much meaning [on the beings] ahead of time,” she says. “I’d rather see what I’ve created once I step back.” 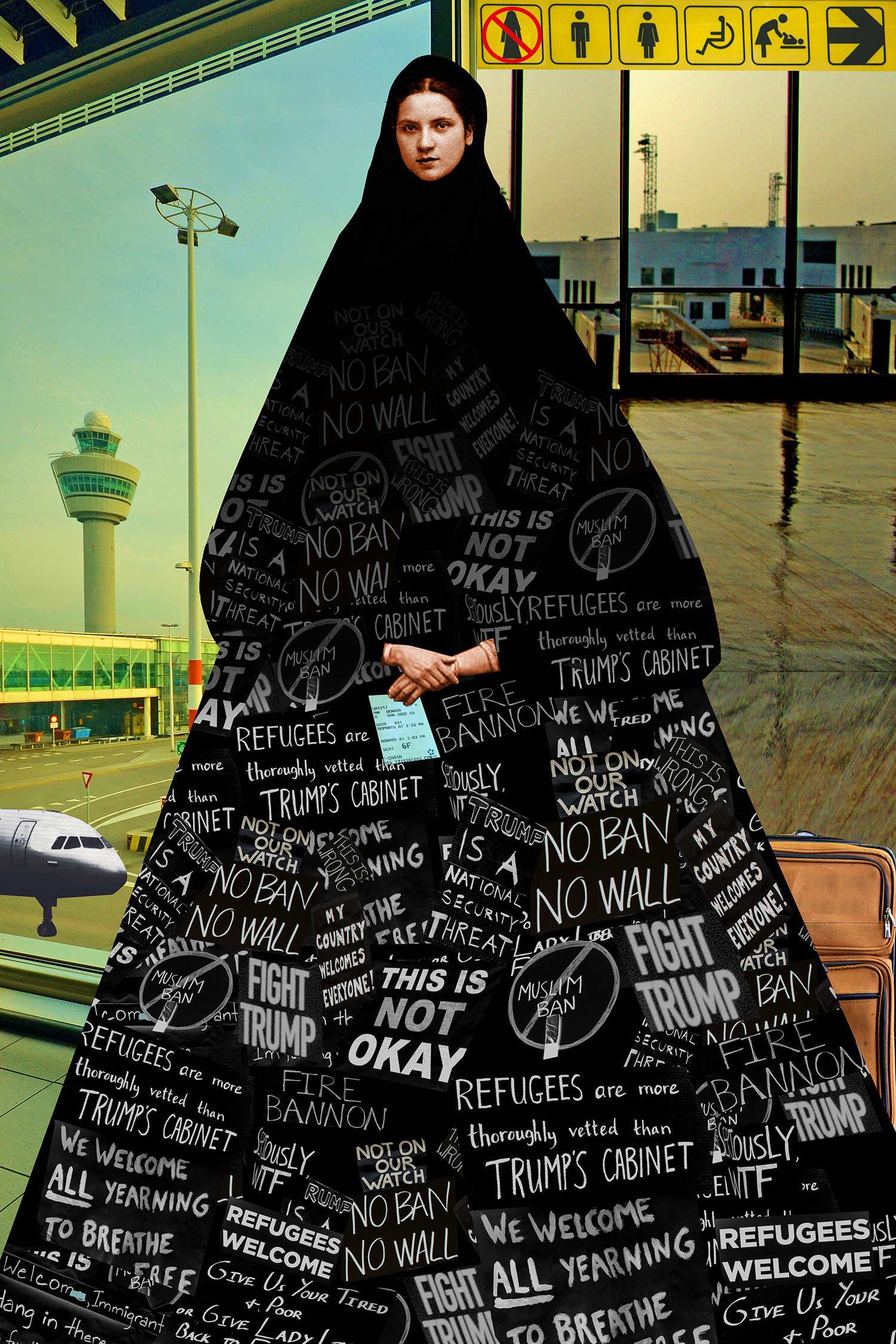 A being Goodman created in response to the Muslim Ban. 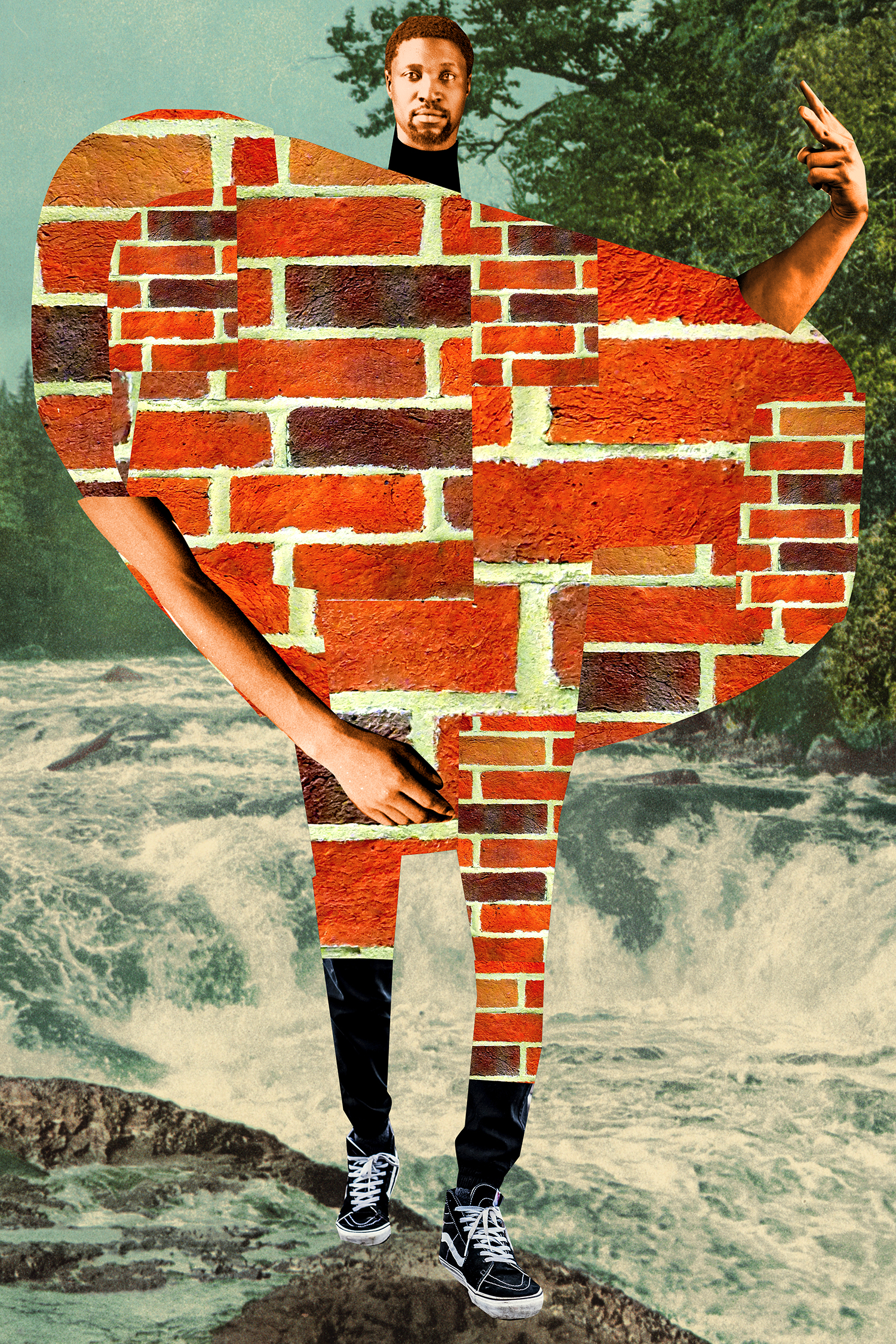 Goodman lets her beings take their own form. 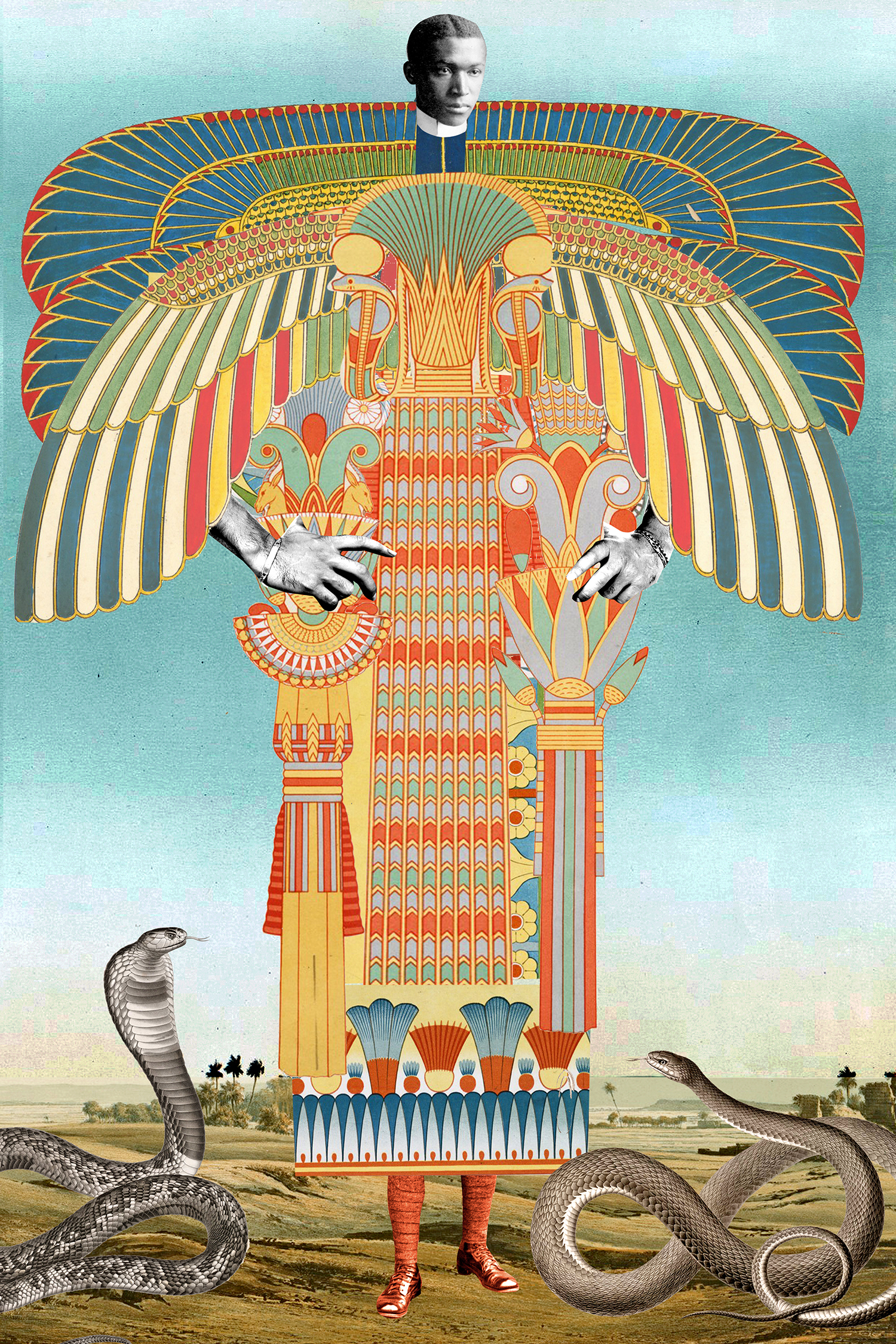 The collage of historical faces, contemporary shoes, and towering bodies gives the beings a mythical aura.

See more of Goodman’s Imaginary Beings on her website.

This Mellow Music Video Is a Soulful, Collaged Dreamscape

These Handcrafted Collages Are Hopelessly Lost in Thought