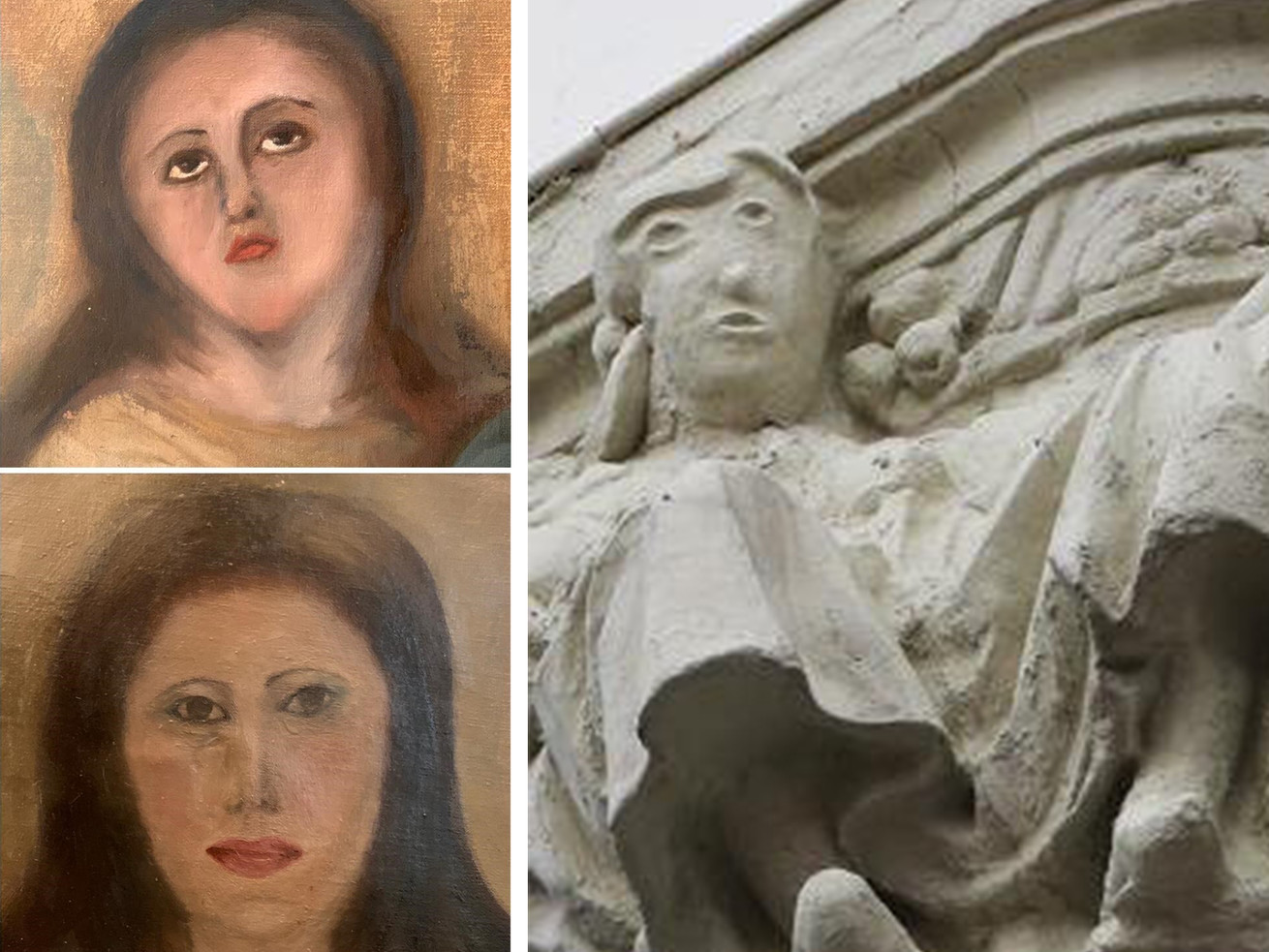 They’re horrible and I love them

Given that 2020 has been an unending shit show of political turmoil, climate disasters, and a global pandemic, it’s understandable that some of the less urgent or, shall we say, completely dire things that have transpired over the last year have flown under the radar. Two of these news stories that were drowned out by the fact that the world is on fire, both figuratively and literally, come to us from Spain, and both involve the arts.

Spain, like much of Europe, was forever changed by its Renaissance period, and is well-known for the works of art created during that period and in the centuries that followed. What’s definitely less cool for Spain, though, is it’s also globally renowned for some of the worst art restorations of all time.

You may recall in 2012 when a parishioner offered to fix a flaking 1930’s fresco of Jesus painted inside the church she attends in northeast Spain, and, despite the fact that she’s a recreational painter with no training whatsoever in art restoration, the priest said, “This seems like a good idea, knock yourself out.”

When Monkey Jesus (or Potato Jesus, whichever speaks to you more) was unveiled to the world, we all collectively went, “Well, that’s it, that’s the worst restoration, nothing could possibly top this.”

Over the last six months Spain has blessed cursed us with not one, but TWO more crimes against the arts, possibly humankind as a whole. The first took place back in June, and I’m honestly furious that I’m just learning about it today.

As first reported by The Guardian, an art collector in Valencia paid a furniture restorer around $1,400 to clean a piece in their private collection, a copy of 17th century painting The Immaculate Conception of Los Venerables. Considering the excellent state the painting was already in, this should’ve been a fairly straight-forward job.

Except this collector hired a furniture restorer, which would be like hiring your dad’s buddy who restores classic cars to, well, clean a coveted 17th century painting.

The result was, to use an art term, a goddamn nightmare.

I think that’s when most of us would throw in the towel, call up the art collector, and be like, “Okay, don’t be mad—” But no, the furniture-restorer-turned-art-destroyer decided that they could still fix this! So they gave it another go,

and made it so much worse, somehow.

A lot of decisions led up to this point, none of them good.

The second curséd “restoration” was unleashed upon humanity earlier this week in the Spanish town of Palencia. The victim of this crime wasn’t a painting, but a sculpture adorned on the exterior of a building, and the person commissioned to restore it was Antonio Capel — a painter. Okay, crazy idea, but imagine if we tasked the restoration of works of art to —bear with me, here— people who are trained to restore works of art. Just a thought!

It’s not clear what part of this sculpture was in need of restoration, but based on the results, I’m assuming the problem was that this just looked a little too human.

I mean, it’s fine, I guess, if the goal is making babies cry and opening a portal to a dimension of pure pain and suffering. And, alright, aside from the fact that these restorations are straight up abominations, one could argue they are pretty accurate reflections of the year we’ve all had. Like if there is one picture that perfectly summarizes where I’m at mentally and emotionally in eleventh month of 2020, it’s this.

Cybershoes Let You Walk Around in Virtual Reality

From France, a Bicycle Ambulance