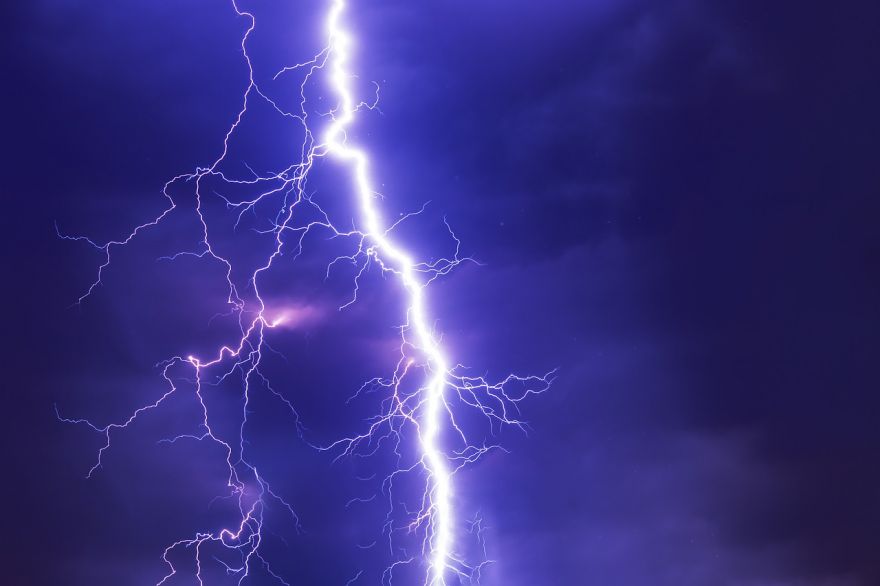 Lightning is a usual phenomenon. However, certain parts of the world, such as the North Pole, get far less of it. After all, atmospheric instability is required in order to produce lightning. Atmospheric instability happens when cold, parched air sits atop warmer, wetter air. At very high altitudes, however, the hotter, damper air, tends to not appear.

That’s why it took scientists by surprise when dozens of lightning strikes were detected within 300 nautical miles of the North Pole this past weekend. In fact, it was so unusual that it was highlighted on Twitter by the National Weather Service’s office in Fairbanks, Alaska. A bulletin of theirs said this was “one of the furthest north lightning strikes in Alaska forecaster memory.”

Although plenty of factors needed to come together to produce the lightshow, the specter of climate change lingers over this meteorological mystery. It is possible that a freakishly warm Arctic, a staggering lack of sea ice, and even possibly smoke from unprecedented wildfires within the Arctic Circle, among other things, contributed to this lightning’s unexpected appearance near the top of the world.

Weird things are happening in the Arctic, and quirky lightning is yet another peculiarity to add to the growing list.