While double-paned windows are usually filled with argon gas, researchers at Singapore’s Nanyang Technological University have experimented with a different material: Water infused with hydrogel. 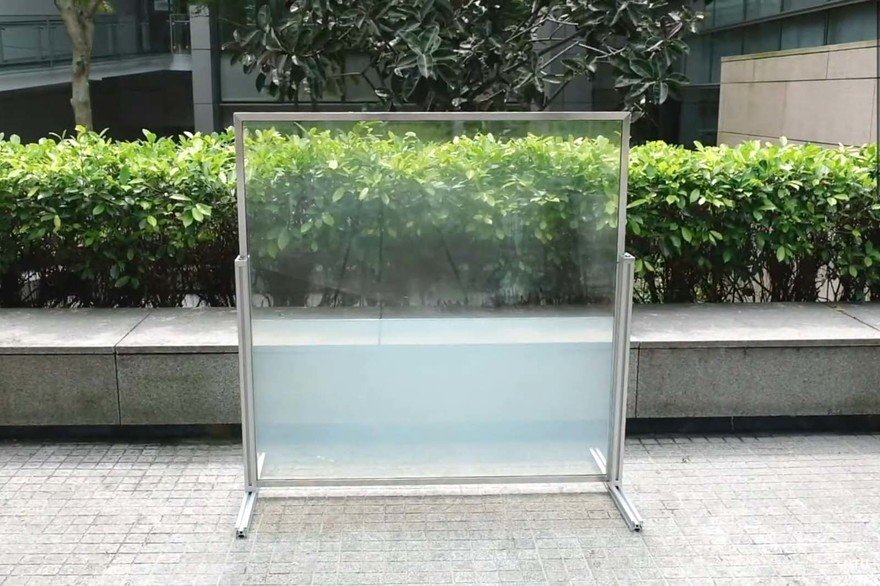 When sunlight hits the liquid-filled window, the water begins to absorb the heat, blocking it from entering the room. The hydrogel causes the liquid to turn opaque in sunlight, further reducing thermal transmission. The result is that less energy is required to cool the space. As the sun goes down, the window turns clear again and the heat is released. 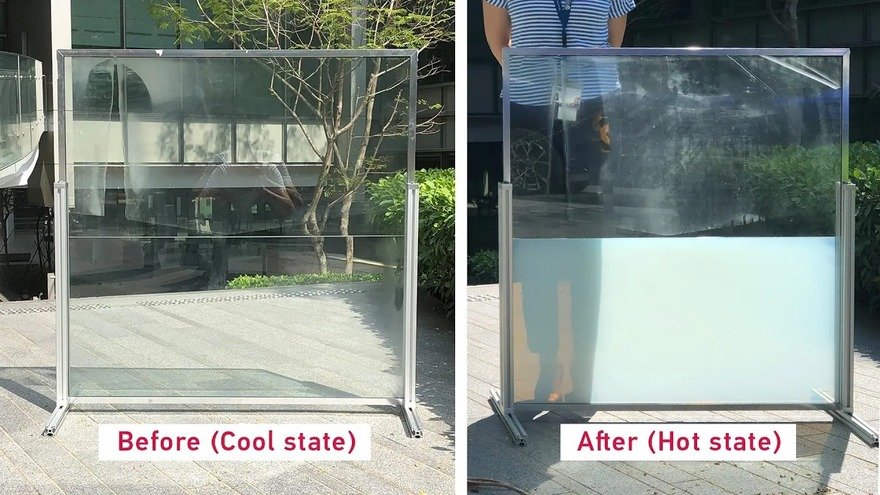 As a side bonus, the liquid between the panes also doubles as a sound insulator. Testing indicating that it “reduces noise 15 per cent more effectively than double-glazed windows.”

In hot-weather Singapore and Guangzhou, where the window was tested, the obvious benefits are that it lowers air conditioning bills and, if used in an office building, harmlessly releases its heat after everyone’s gone home.

In Beijing, the sole cold-weather environment where they tested the window, the test results are a bit confusing: They say “The Beijing tests showed that the room using the smart liquid window consumed 11 percent less energy to maintain the same temperature compared to the room with a normal glass window,” but they do not say how this was achieved.

In terms of residential use, I could see the windows being used in clerestory applications, but I think most folks would prefer shades–i.e. user-controlled opacity–for windows that they want to look out of. In any case, the researchers report that they’re looking to get the window into production. 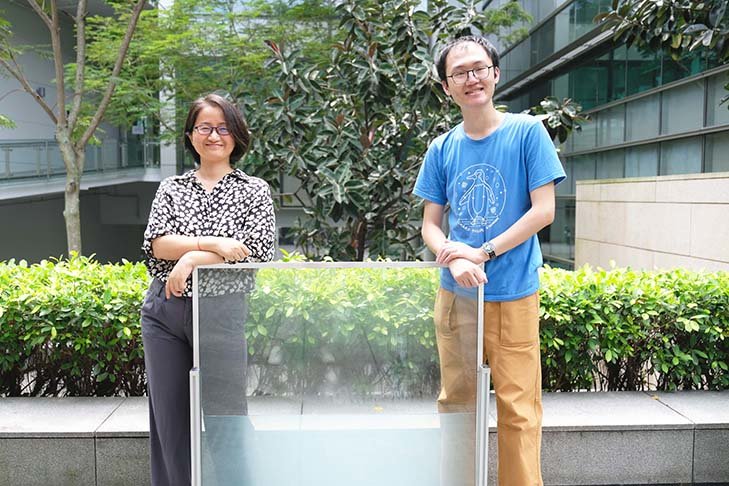