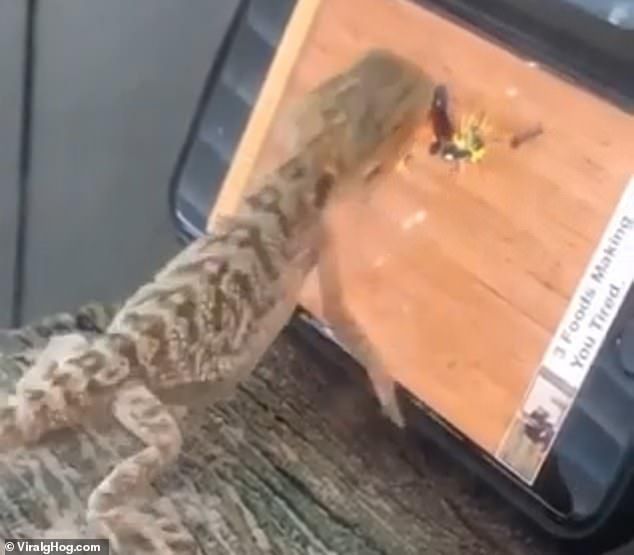 Tyler had an app on his phone which allowed the player to splat the bugs that would appear on the screen. Upon discovering this, Luna, Tyler’s pet lizard, would then spend many hours looking intently at Tyler’s phone screen. When Tyler realized what made Luna so interested in his phone, he decided to let her play with the app to see how good she was. And oh boy, was she good at splatting these bugs!

The reptile, from Kokomo, Indiana, used its quick reactions to virtually splat nearly every bug on the screen except a small ant which managed to scurry away.

She stares at the screen and pays close attention to the bugs which crawl across . . . it and quickly jabbing them with her tongue.

In the video, recorded in January last year, her fun is short lived as an advert pops up on the screen and interrupts her game.

Her family said they ‘got a kick’ out of watching their beloved pet playing on the phone.

Hopefully she had real bugs to snack on after a tiring game.

Watch the short video over at DailyMail.