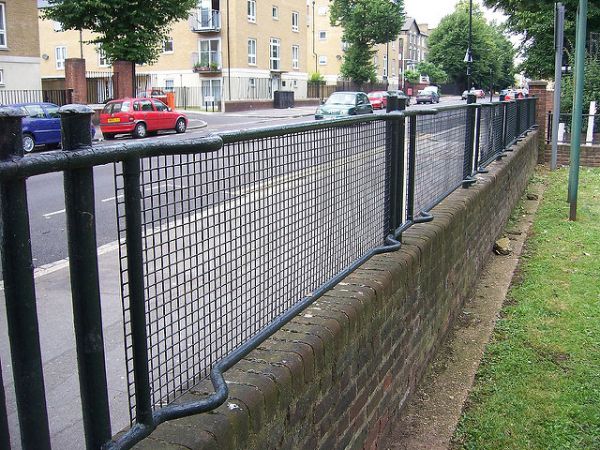 This fence in London looks nice, but not altogether unusual. However, it has quite a history behind it. The railings were once stretchers, used to transport the wounded during World War II.

These stretchers were originally made so that Air Raid Protection officers could carry injured people during bombing attacks in the Blitz. Over 600,000 stretchers were built from steel to enable them to be easily disinfected in highly-feared gas attacks. When the war ended there was a large surplus of stretchers and many of London’s housing estates had had their original railings removed to serve the war effort. The LCC set about replacing them through clever re-use of the ARP stretchers.

The Stetcher Railing Society is dedicated to preserving London’s stretcher railings. They have pictures and a handy map for finding them. -via Nag on the Lake