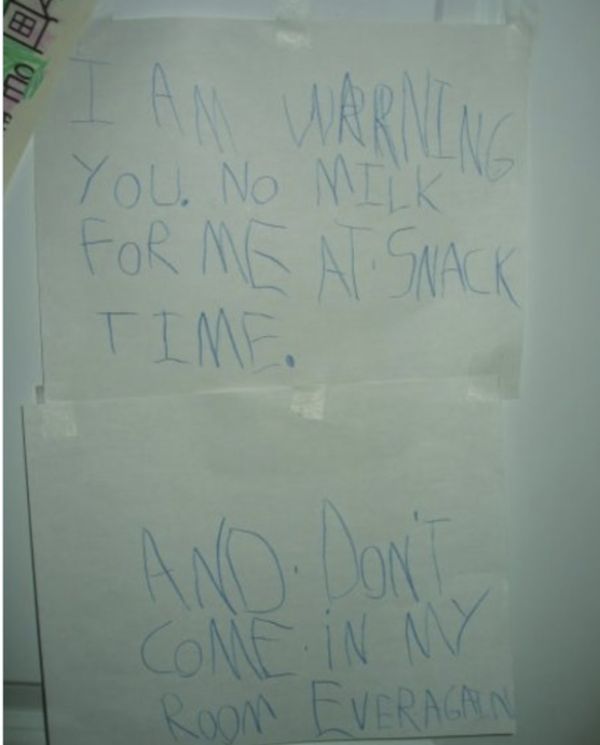 Last week, we shared a map of the Americas by Anna Calcaterra, which made Ohio 2 a viral meme. It turns out that Anna has a long history of spreading chaos. Her father shared some of her earlier projects, including the note above that appeared when she was five years old. A few years later, she was reported for vandalizing Wikipedia in the most delightful way.

After interrogations, I discovered that Anna, then 12 years-old, had done it. I asked her why. She did not have a satisfying answer, but the real answer revealed itself in her non-answer: she is basically just an agent of chaos. She’s the dog who doesn’t know what she’d do if she ever caught the car she was chasing.

And her brother Carlo has gone viral a couple of times already. Both have outshone anything their father has posted on social media. “Which, given that I have been a professional journalist for an international media company for a decade, is quite the damn thing.” And both have managed to leverage their work for their own benefit. Read about the viral family at Craig Calcaterra’s blog. -via Metafilter