Photographer Reuben Wu creates images that reveal an alien splendor in natural and manmade landscapes across the globe. Previously he has explored the brilliant blue rivers of molten sulfur in Indonesian volcanoes, and photographed the thousands of glistening mirrors that compose Nevada’s SolarReserve. For his ongoing series Lux Noctis, the Chicago-based photographer utilizes modified drones as aerial light sources, illuminating obscure landscapes in a way that makes each appear new and unexplored.

Recently Wu has evolved his process of working with the drones to form light paths above topographical peaks in the mountainous terrain. “I see it as a kind of ‘zero trace’ version of land art where the environment remains untouched by the artist, and at the same time is presented in a sublime way which speaks to 19th century Romantic painting and science and fictional imagery,” said Wu to Colossal.

The light from his GPS-enabled drones create a halo effect around some of the presented cliffs and crests when photographed using a long exposure. An elegant circle of light traces the flight of the drone, leaving a mark only perceptible in the resulting photograph. You can see more of Wu’s landscape photography on his Instagram and Facebook. (via Faith is Torment) 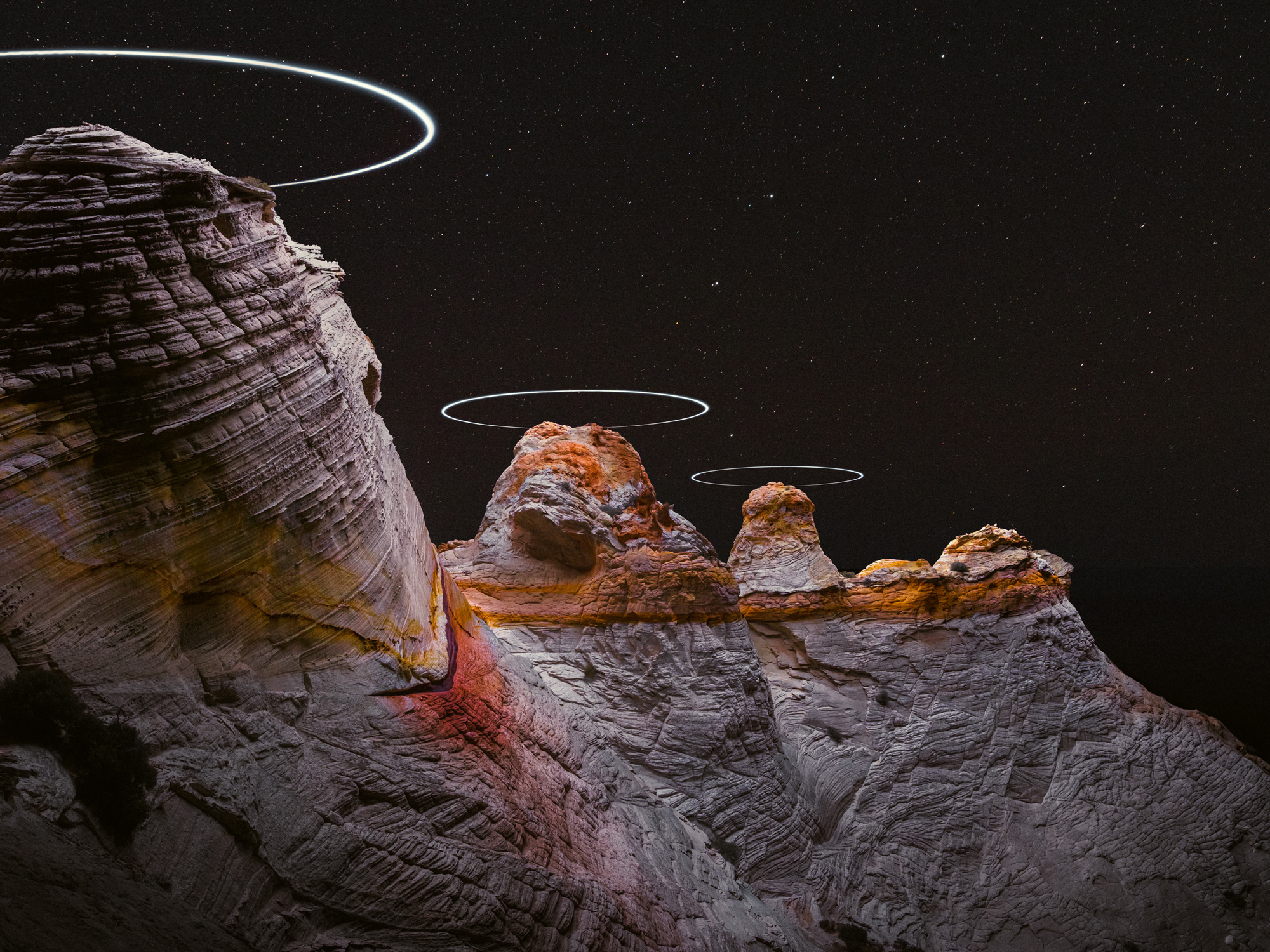