Today at the GreenTech Festival in Berlin, Skyports and Volocopter announced plans to build the first physical, mobile “Volo-Port” (electric take-off and landing system) for their air taxis. The overall design and renderings of the system were created by Brandlab. It’s absurd to think that helicopter taxis might become somewhat of a norm one day, but this idea has actually been brewing for quite some time—we even had the chance to sit inside a prototype model during CES in 2018.

Even so, the idea of actually taking air taxis instead of ground ones has never felt feasible due to the logistical challenges of facilitating timely and cost effective electric take-offs and landings. As seen in the photos above, however, the prototype has been tested by real humans, so the next phase will be to design a system around the new transportation model—starting with the mobile landing pads and stations.

The proposed station will be completed in Singapore by the end of 2019, which makes sense judging solely by the exaggerated information we know about Singapore a la Crazy Rich Asians (I mean, check out that one guy’s Eames lounge chair and floor to ceiling window ratio in the renderings).

In order to operate an air taxi system within a crowded city like Singapore, though, Volocopter and their partners definitely have some kinks to work out (please refer to the rendering of an air taxi landing directly on a train station?), but the physical system in Singapore will aim to address most concerns. According to Volocopter reps, the system will allow for, “real-life testing of the full customer journey, showcasing of planned customer services (pre-flight checks, passenger lounges and boarding procedures), practical testing of ground operations and services (including battery swaps and charging maintenance), and the opportunity for authorities and industry regulators to interact with the infrastructure and provide feedback before they are asked to approve the final design.” It’s unclear whether the Volo-Port will be located near a train station or airport, but we are assuming that is the case based on convenience.

Once implemented, Volo-Port stations will be the only physical infrastructure required for Volocopter’s air taxis to operate. “Each individual Volo-Port is designed so that it can stand alone or connect to other ports in numerous formations, enabling rapid deployment and scalability,” says Duncan Walker, Managing Director of Skyports. “We have analyzed the available spaces and movement dynamics in city centers across the world and recognize that infrastructure is a key enabler for the emerging UAM market.” From the renderings, it appears as if the modular system is adaptable based on location needs (coast, roof and apparently highway?) and roof structure.

There are still many unanswered questions, but for all the skeptics out there, Volocopter is assuring that this is the new reality of transportation. “Once regulation comes through on the aviation and city level—and this will be sooner than most think—we will be ready to take off,” promises Volocopter Co-Founder Alex Zosel. So the real question is: would you test ride one of these? 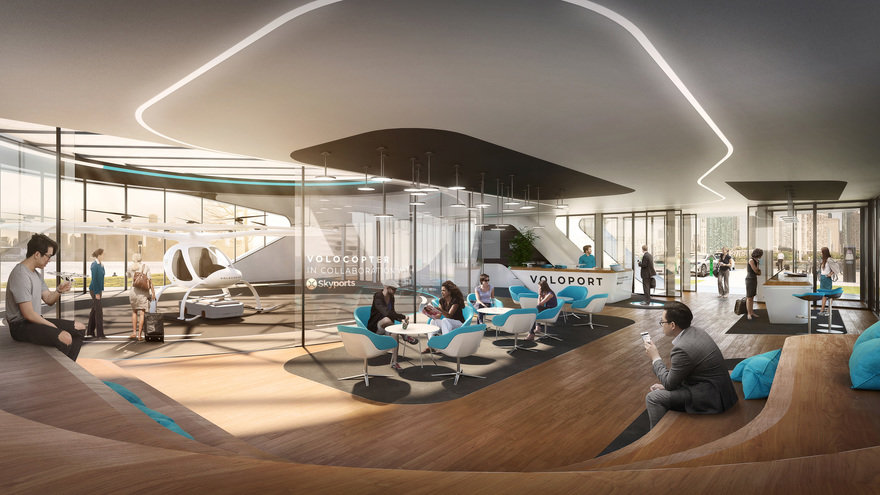 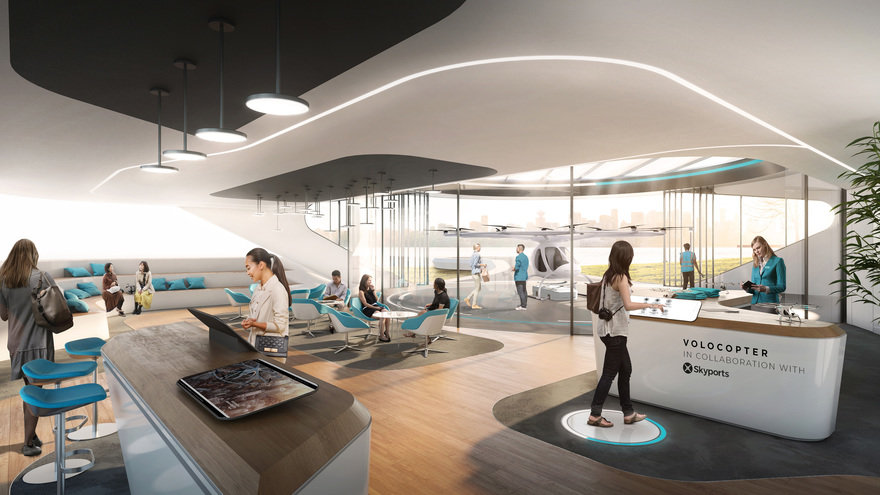 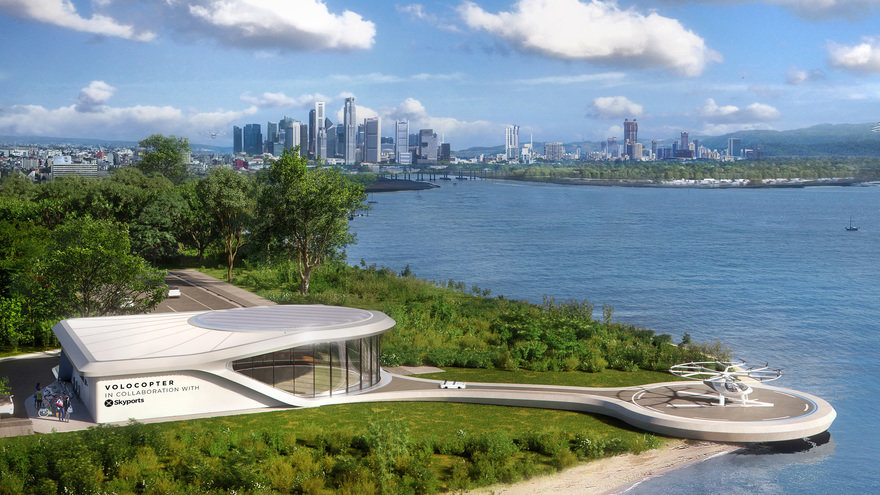 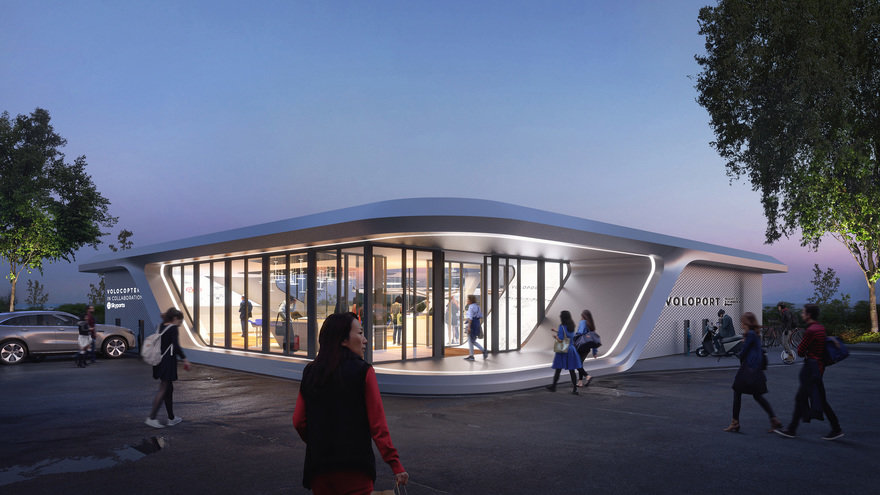 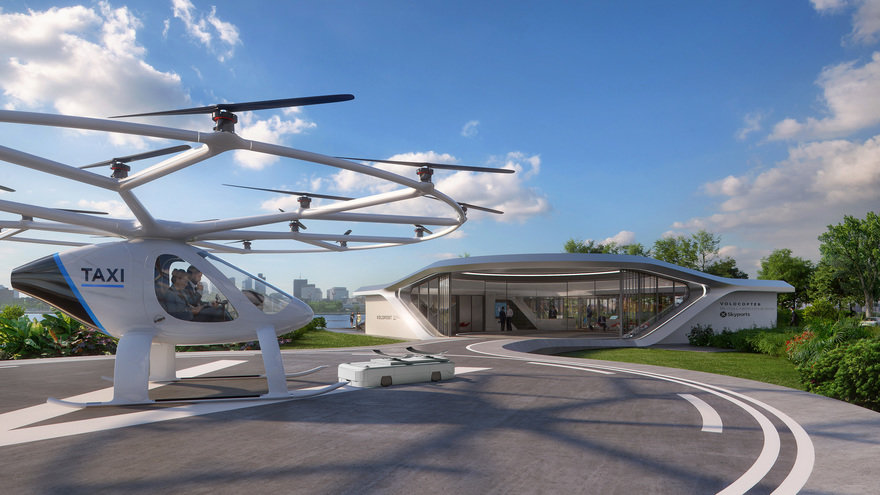 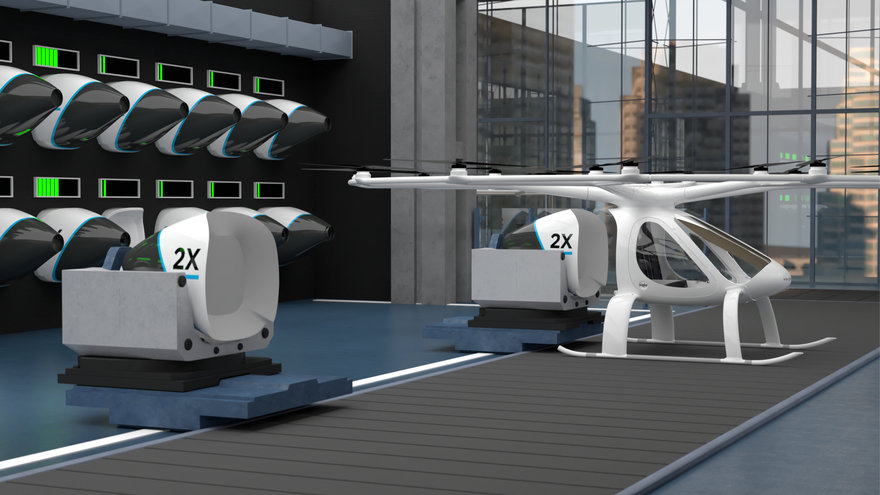 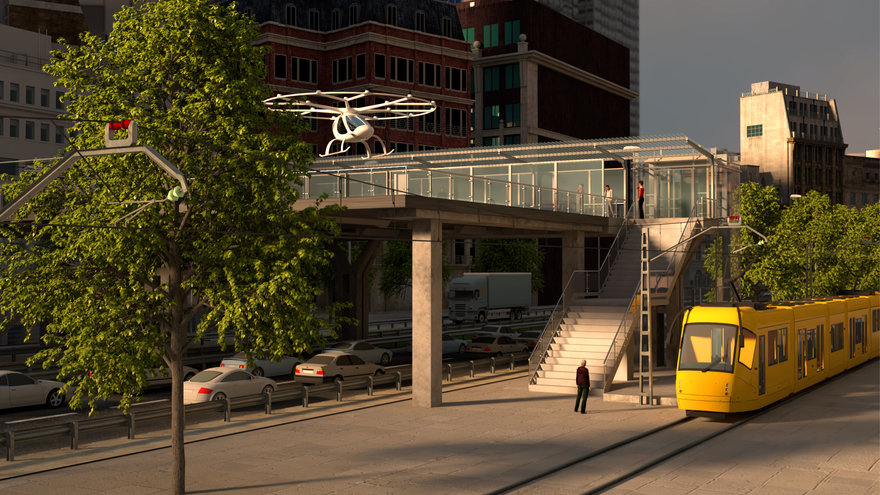 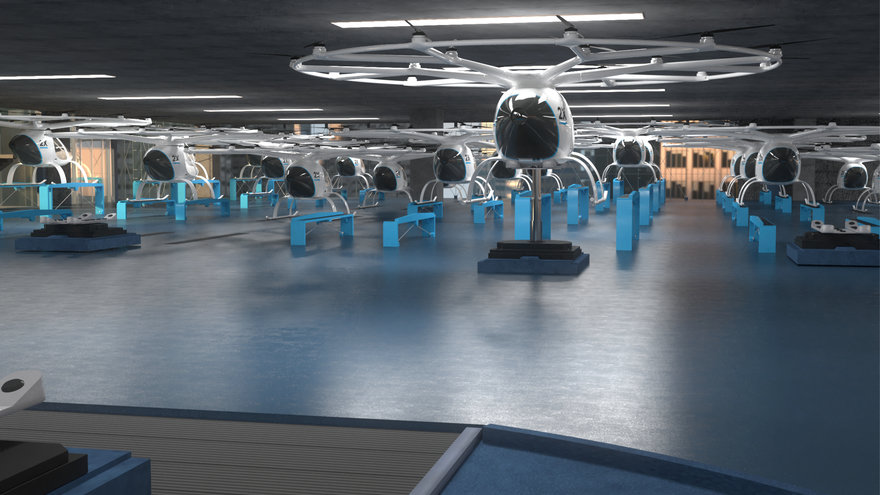 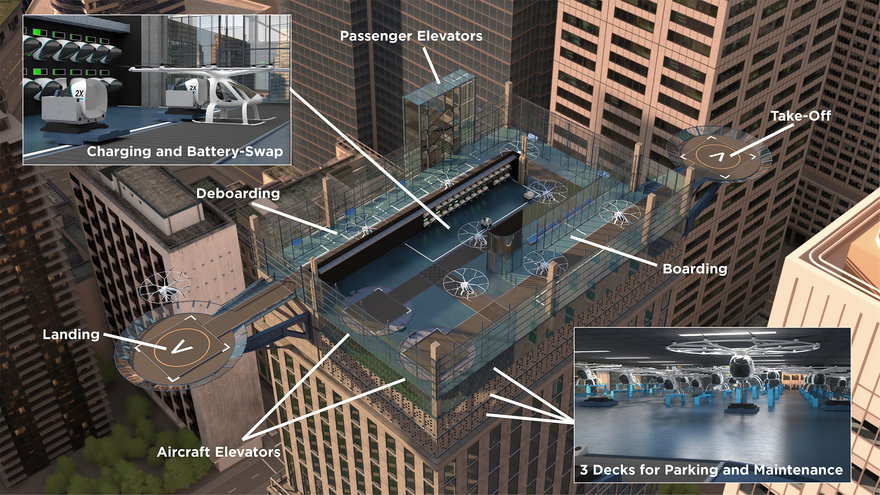 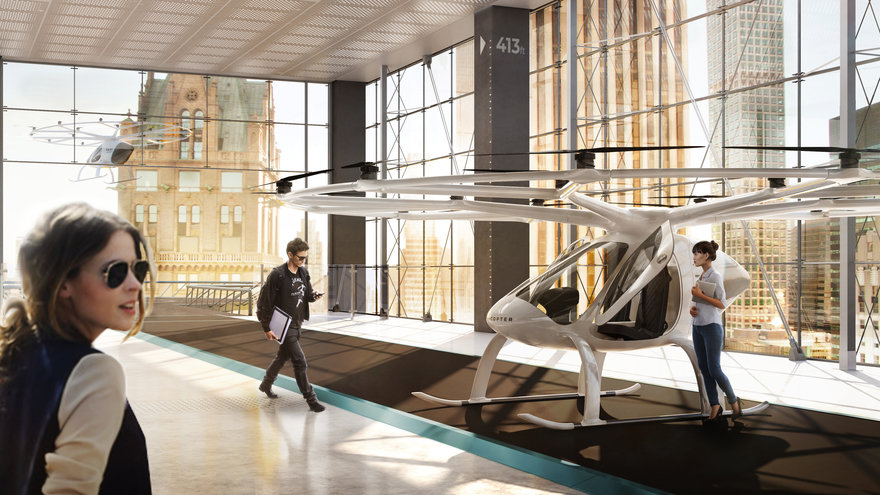