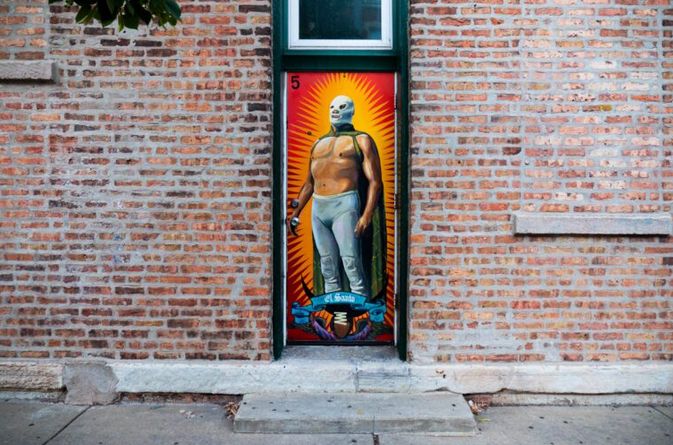 Rick Garza came up with the idea of painting a set of doors in Pilsen, Chicago with images inspired by Loteria, a classic Mexican game. One of the nine doors features a painting of a ladder that accompanies the card La Escalera, which can be seen in the game. Other doors show a creative spin on other classic Loteria images. Garza started and funded the project in 2017 in order to combat the graffiti and gang activity in the neighborhood.  “It was mostly to combat gang graffiti, which was a problem on our doors,” Garza said. “The gangbanging culture was so thick. It was just a detriment to all the young people in the community,” he said.