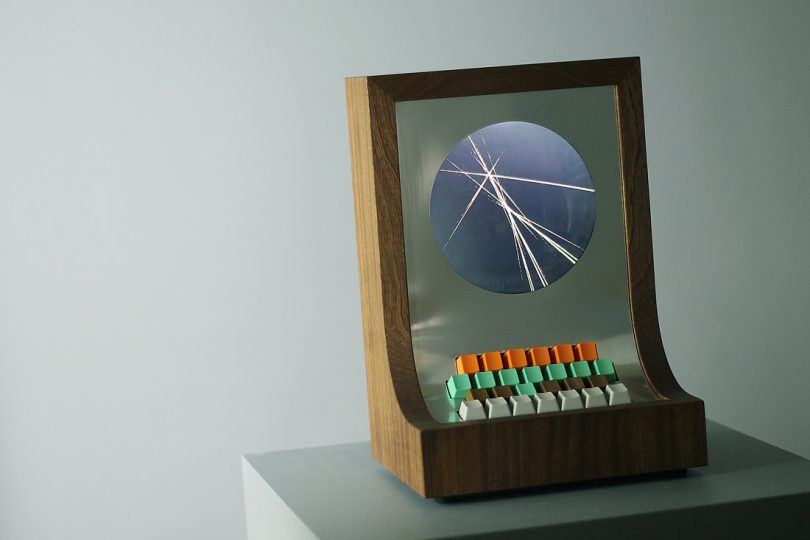 Designer ​Love Hultén’s deft ability to combine the traditional with the futuristic has been long on our radar, an aptitude he’s continued evolving from his studio in Gothenburg, Sweden over the years into a wondrously colorful catalog of one-of-kind, handmade working artifacts imagining an unrealized and alternative future where buttons and dials still rule. Behold, these gaming, audio, musical and communication devices exhibiting a delightful aesthetic evoking the best of LEGO and the cult classic, The Prisoner.

The Echo Observatory V2 is one part musical instrument, one part screen saver – a fractal creating device inviting users to visually explore an endless array of mathematically generated patterns via an unlabeled color coded keyboard, through a curved porthole of a screen, complete with zoom, pan and rotate controls. 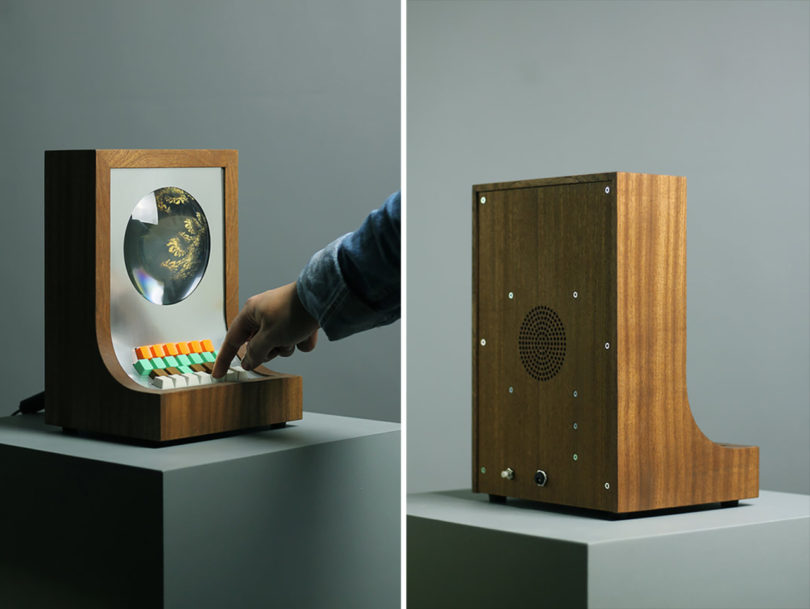 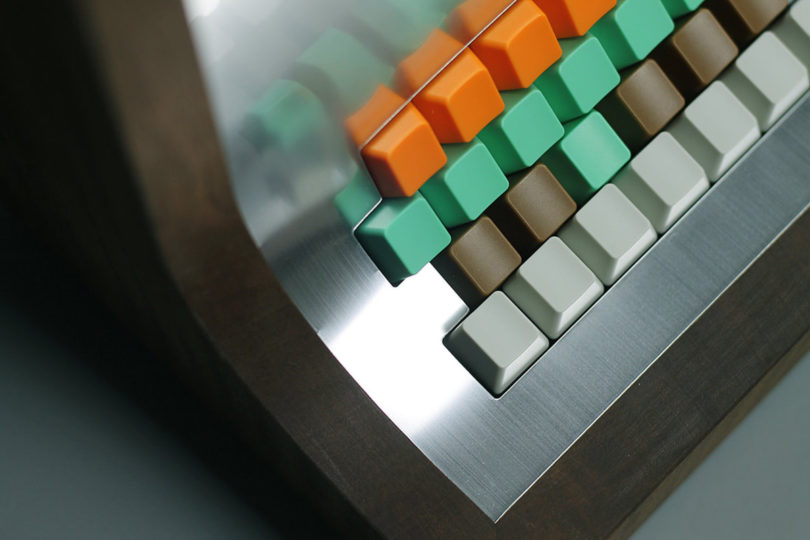 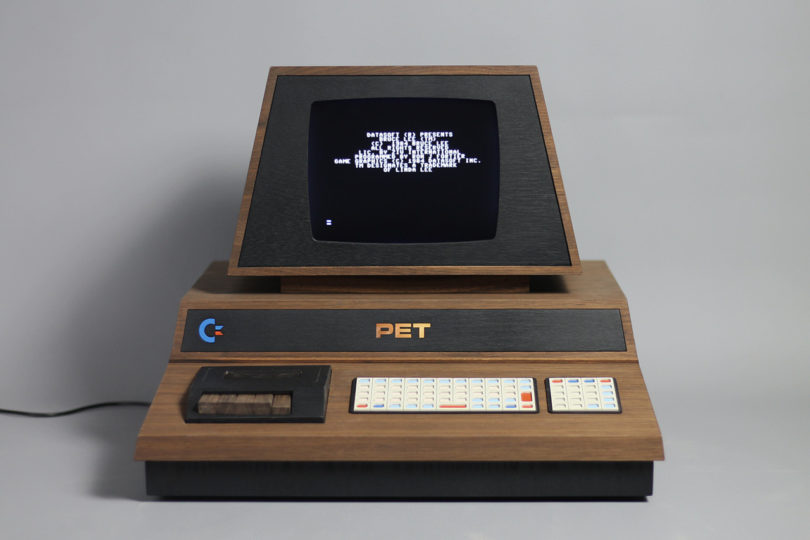 Love Hultén’s most recent creation, the Pet De Lux, drapes the original design of the Commodore PET 2001 – a 1977 desktop computer from the golden age of personal computing – in American walnut, complete with the chiclet keyboard and cassette deck of the original intact. The exterior is retro, but a modern CPU resides inside to easily emulate the simple gaming graphics of the Commodore64 and NES catalog. 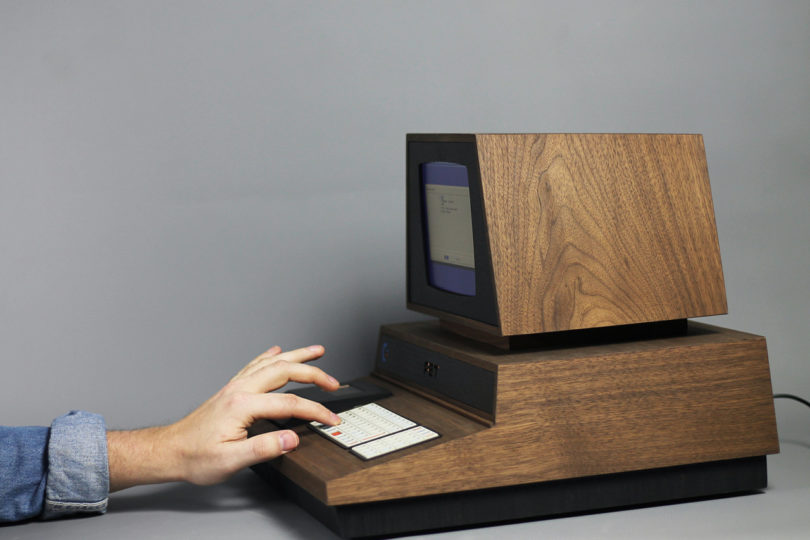 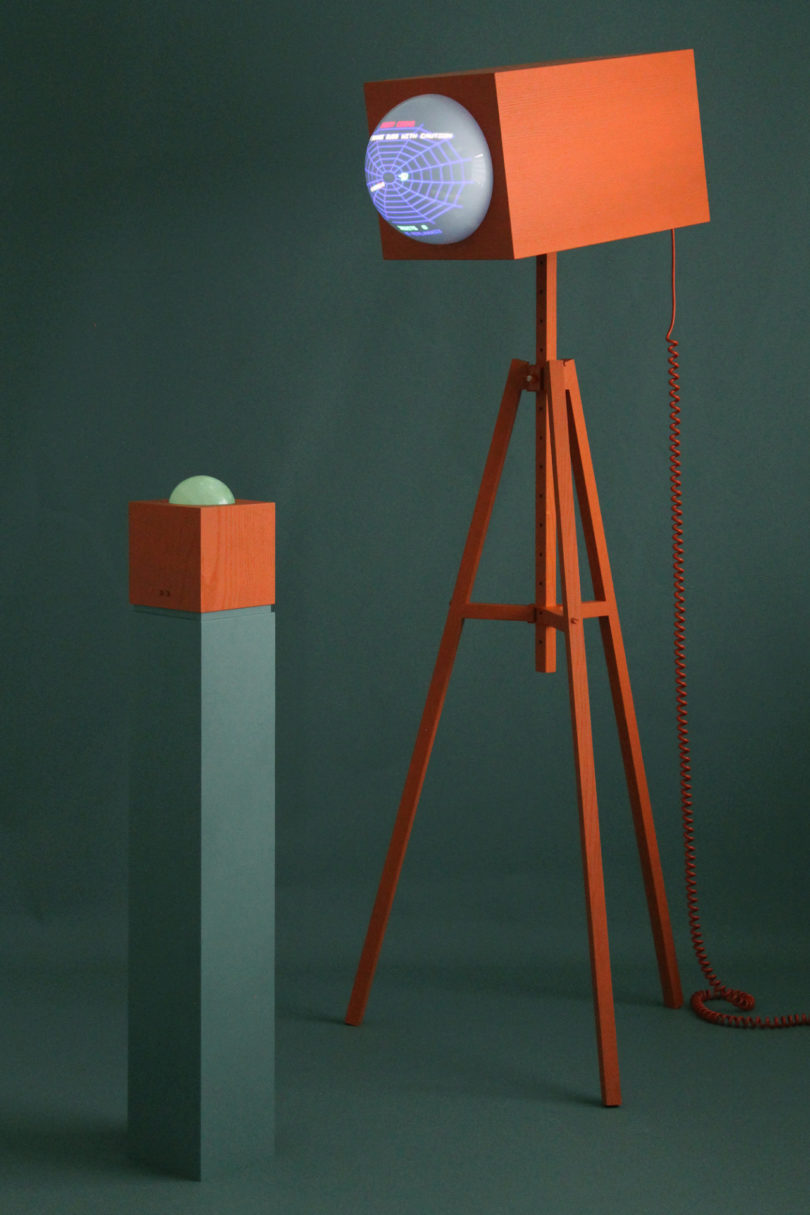 The purpose of the BOB180 is rather mysterious at first glance, a tripod and stand mounted cipher. Is it a lamp? A television? A video camera? With the flip of a switch the half-dome screen sitting atop of the tripod base illuminates to reveal its purpose: a gaming system like you’ve never seen before. Players control the gaming system using a wireless white quartz crystal trackball, injecting an unusually magnified and intimate connection between console and player. 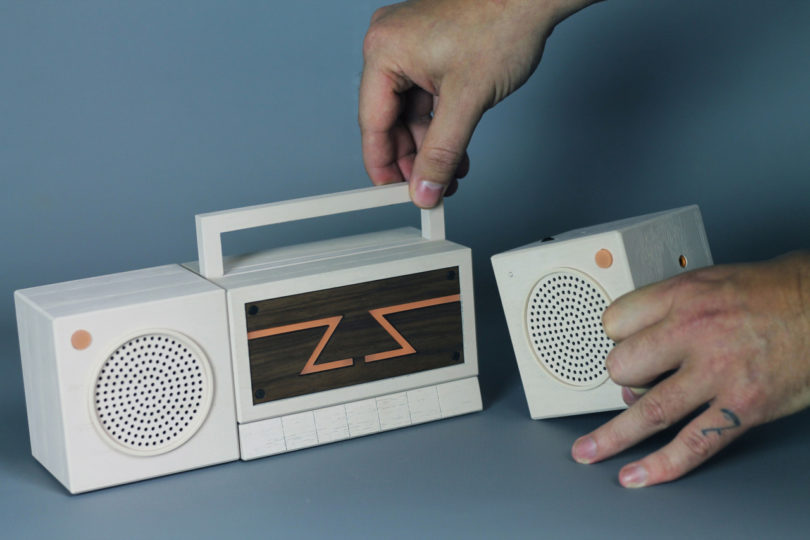 Those who grew up during the pre-digital, analogue audio era of cassette tapes will undoubtedly wax poetic about their first boombox. Here the recognizable shape serves the purpose of a 4-piece portable all-in-one gaming console comprised of two wireless control pads, stereo speakers, and a built-in DLP LED projector for anywhere gaming. Stored within is a library of over 10,000 gaming titles from the catalogs of the NES, Atari 2600, Game Boy, and other retro systems. 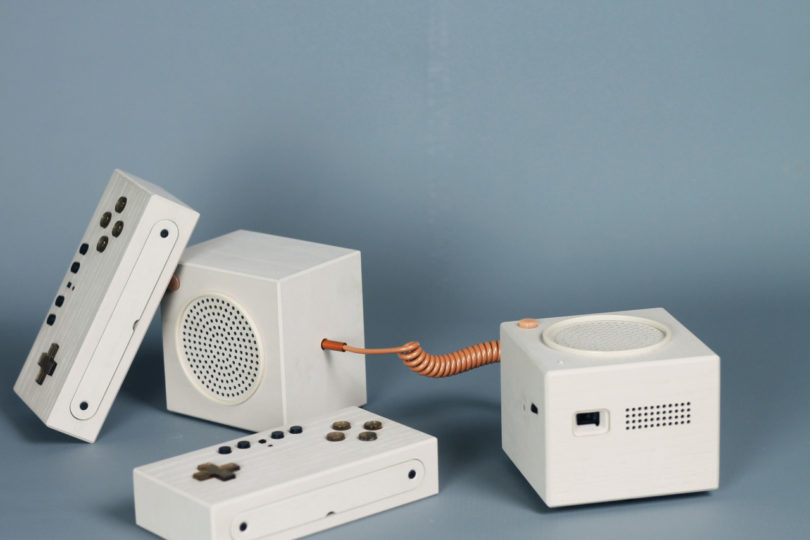 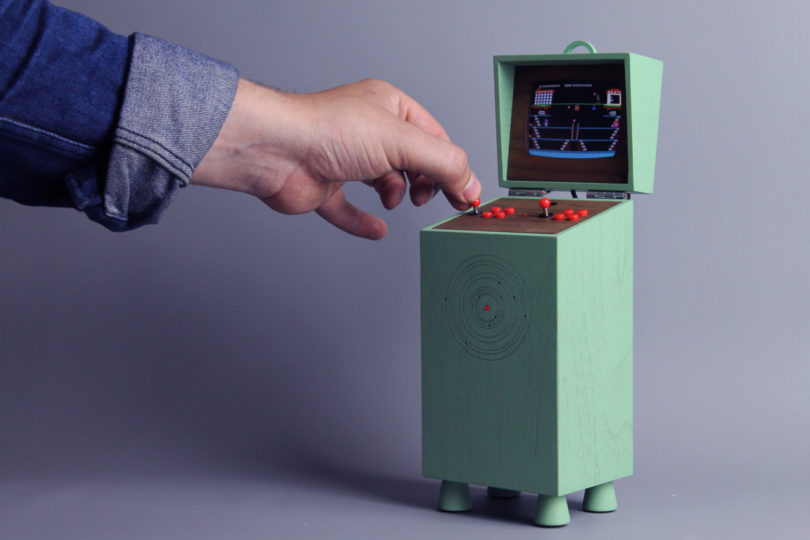 Hultén’s affinity for the bygone era of gaming is on full display with the Pixelkabinett 42, a miniaturized arcade cabinet design limited to just 50 units in the world. It’s portable, but definitely not pocketable, with a flip up top screen decorated with a glowing planetarium and Saturn orbit speaker grill design across it’s front case. 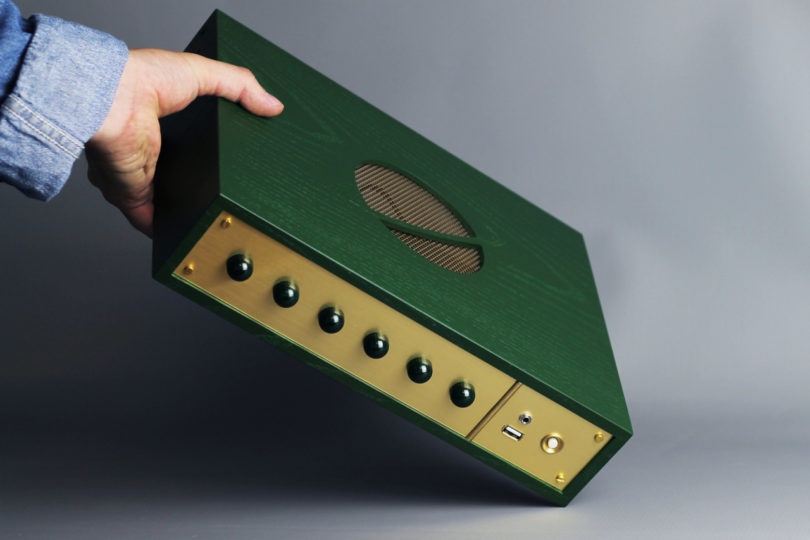 By all visible indication the wooden exterior of the Datorbox communicates “audio component”, but it’s a disguise for a fully VR-ready, 4K capable gaming PC powered by an Intel Core i5 CPU and Nvidia GTX 1060 GPU. The array of lights on its front face are engineered to illuminate using the Larson scanner effect while on, the same back-and-forth lighting made famous by Glen A. Larson’s Cylons in Battlestar Galactica and K.I.T.T. from Knight Rider!

Love what you see above? We highly recommend you follow Love Hultén’s Instagram feed for more retro-futuristic electronics eye candy.