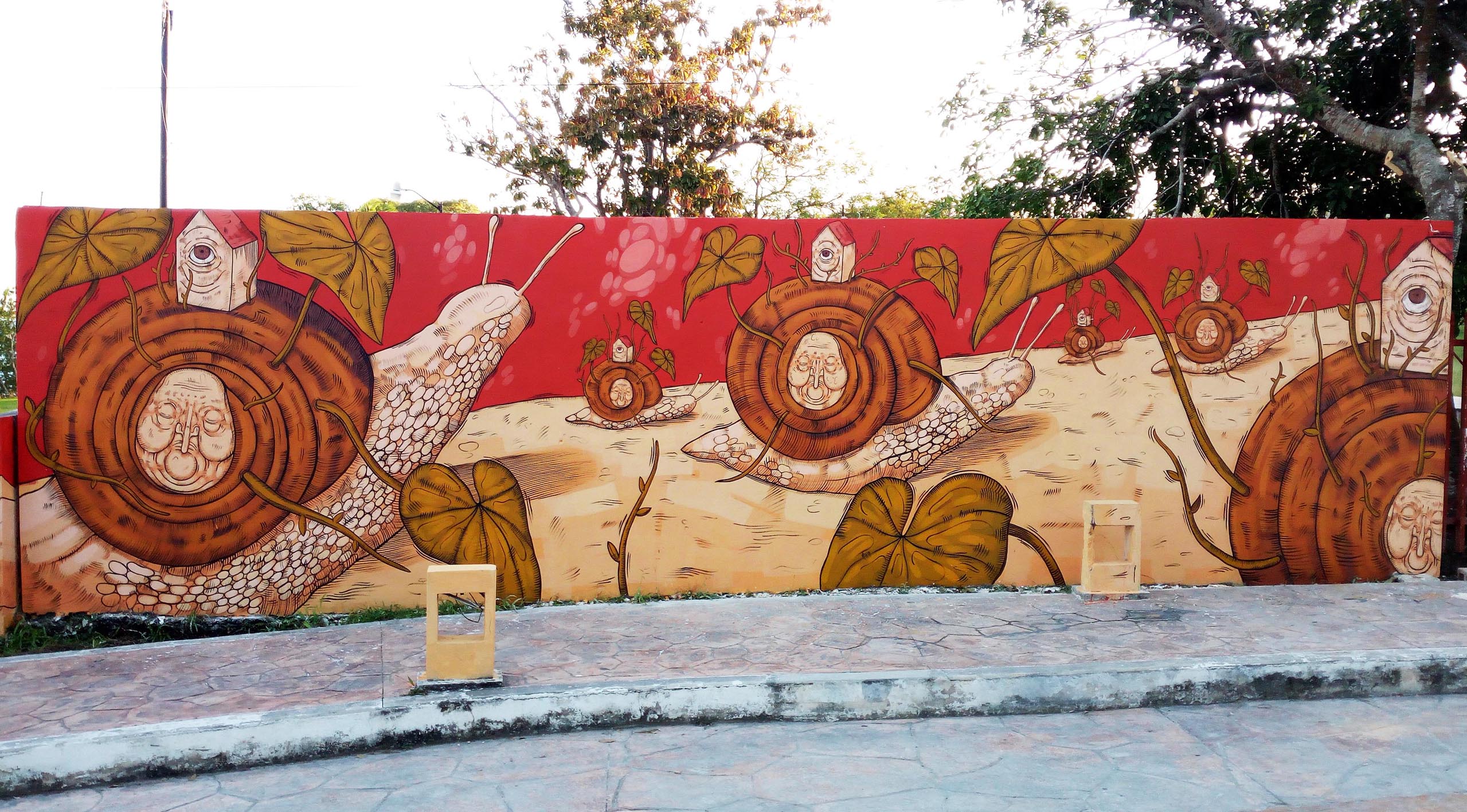 Luca Ledda returned to left his sign in Mexico by participating in the collective exhibition organized by Gama Crea gallery entitled Transito in which he exhibited art work created specifically for the show.

From Mexico City he then moved to the beautiful Bacalar, a town located in the state of Quintana Roo where he made a mural for Festival Bakalarte: arte urbano e poesia. Bacalar is also called “magical pueblo” because of its amazing Lake of seven Colors: seven are in fact the shades of blue that the water takes based on its depth. It is a place that leaves breathless and in some ways still untouched however the presence of tourists increases year by year. This has created some alterations to the natural ecosystem of living beings, including an endangered species very important for the maintenance of the natural habitat of the lagoon itself: the snails called Caracol Chivita.

Luca was totally inspired by the nature around him and he chose to create an awareness work on the theme of maintaining the ecosystem but without distorting the unmistakable trait of his pictorial style, always characterized by a dreamlike vision of spaces and characters.

In “Caracol Chivita” we immerse ourselves in a visual poem rich of details and precious recurring symbols throughout its production.

I wanted to create a work that would attract the viewer’s gaze using strong colors like the red of the background and instead of focusing on a single subject I preferred to give the work a strong dynamism that was somehow in contrast with the slowness of the snails, particularly important beings in the lagoon.

It’s amazing the attention and the precision towards details in his works. His ability to create visionary scenes where time and space merge together by transporting us into a non-place of never-ending poetry.

Thanks to the artist for the photos below and stay tuned for more updates from Mexico!! 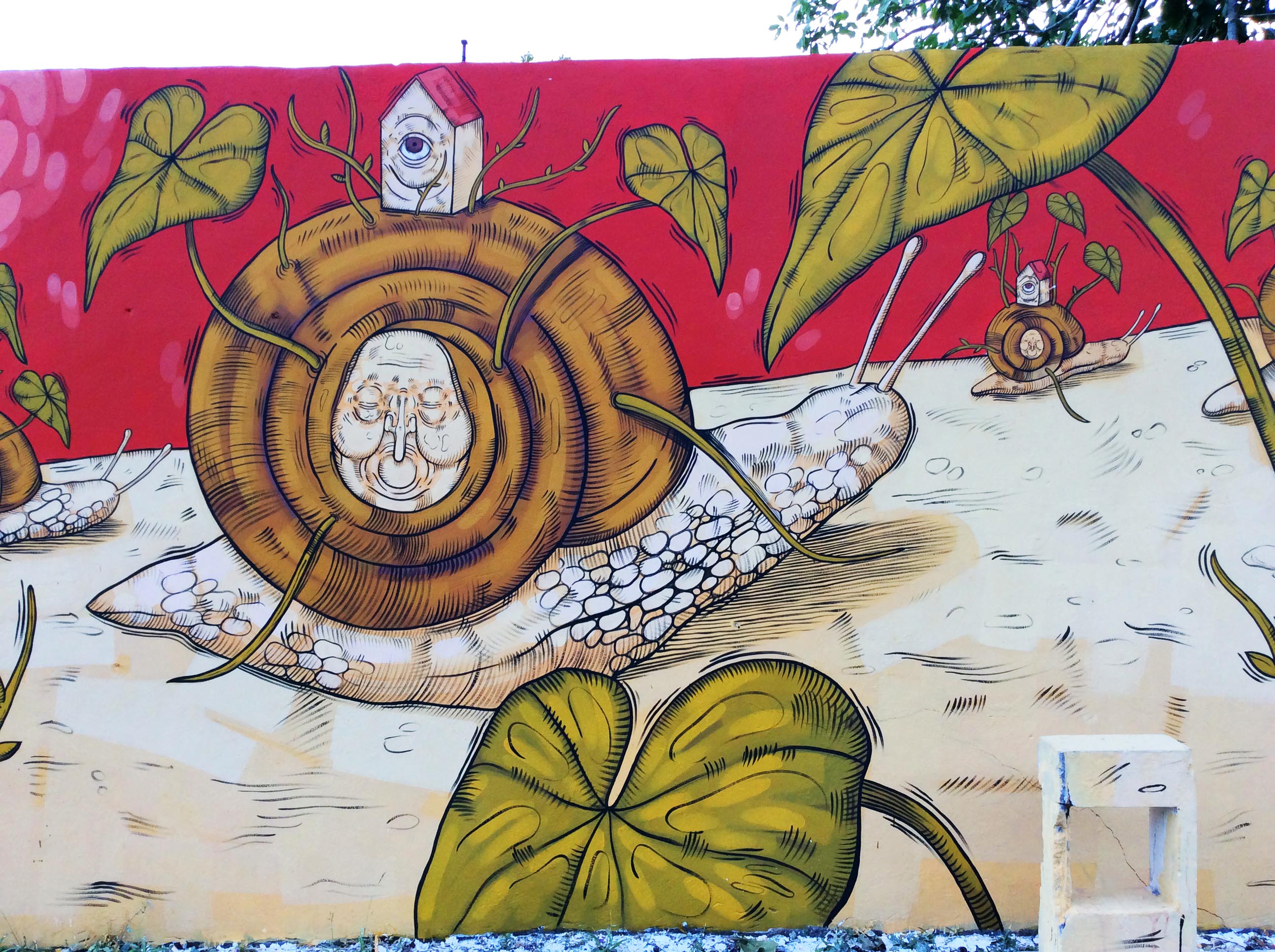 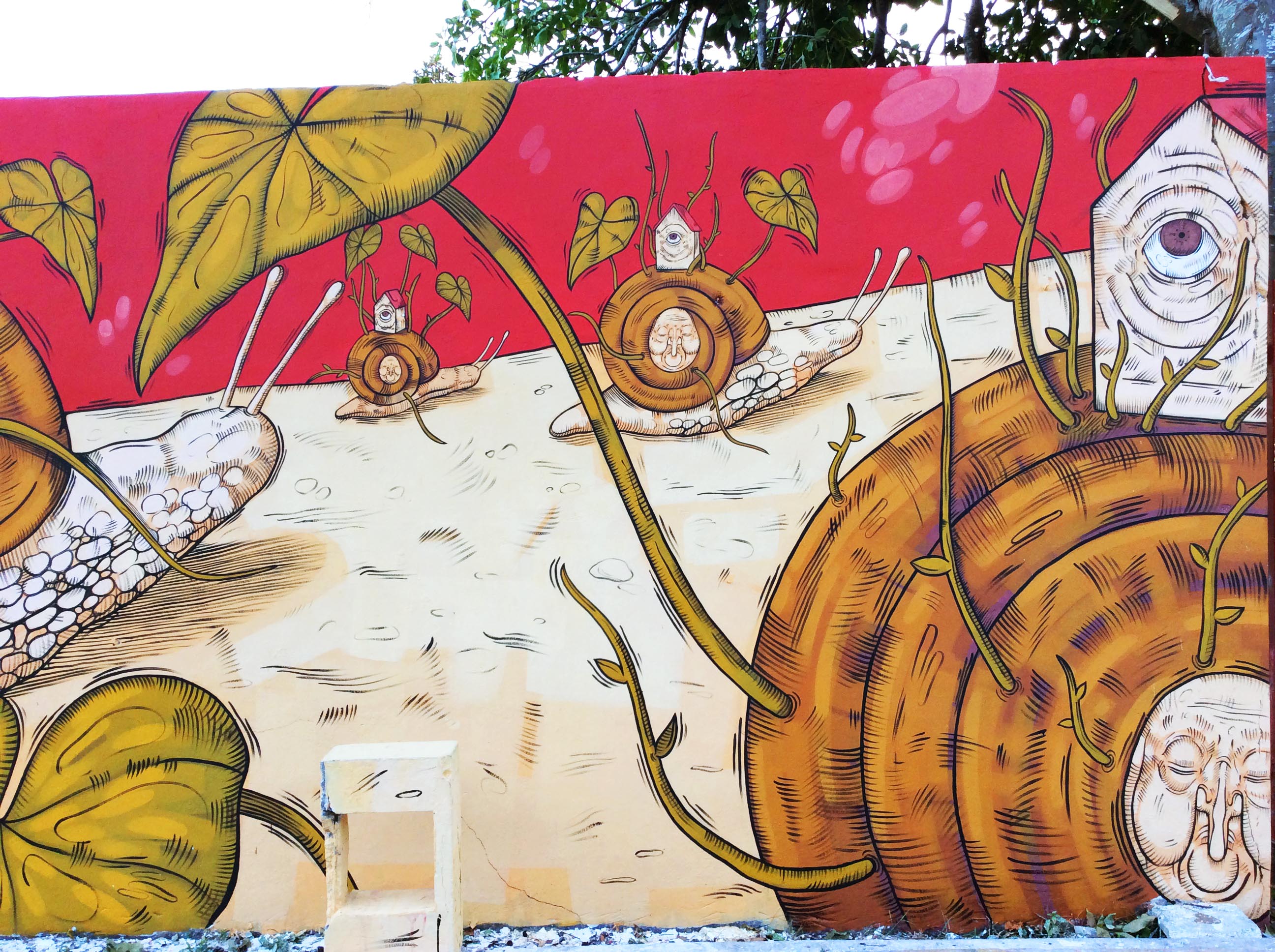 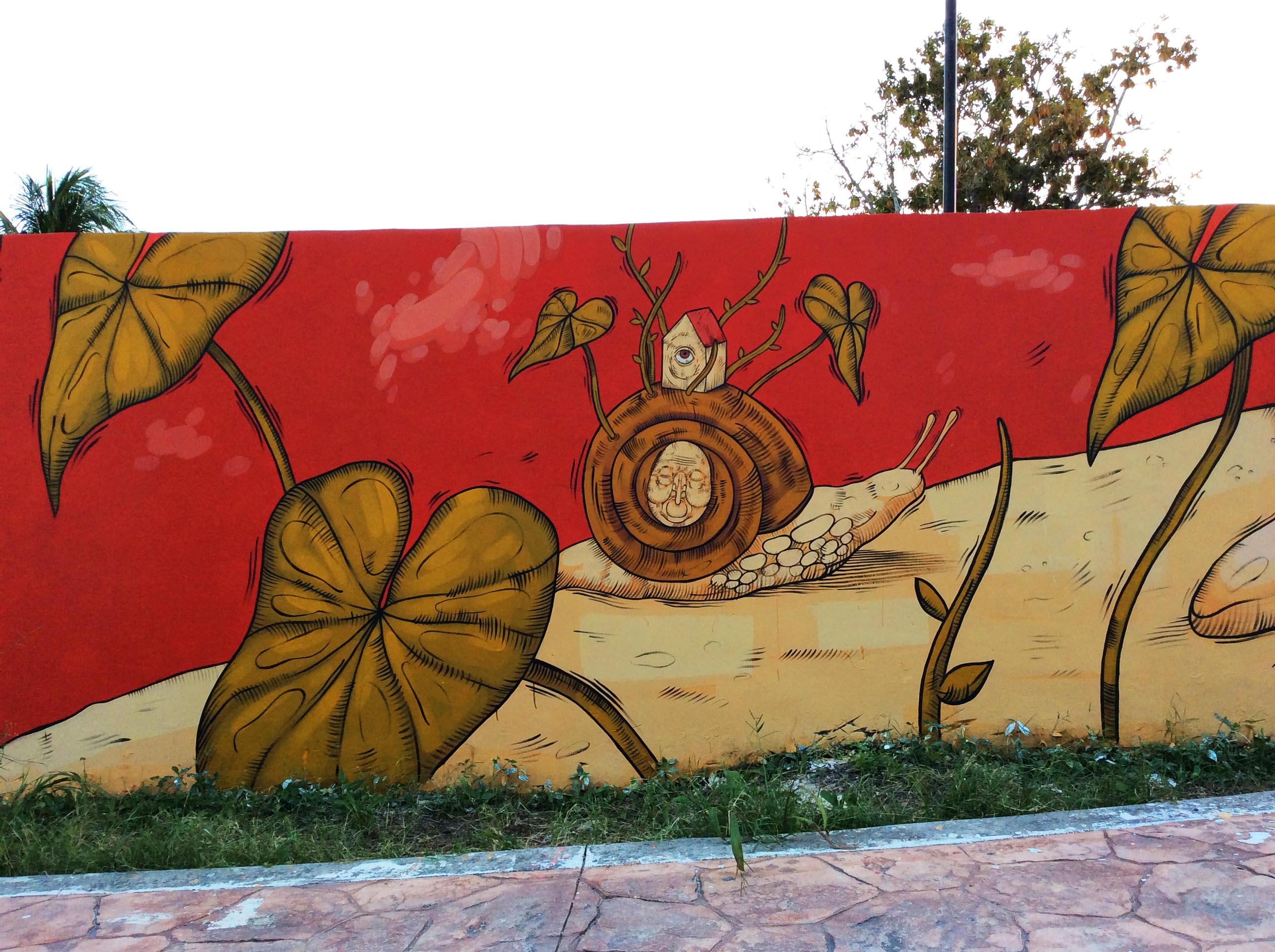 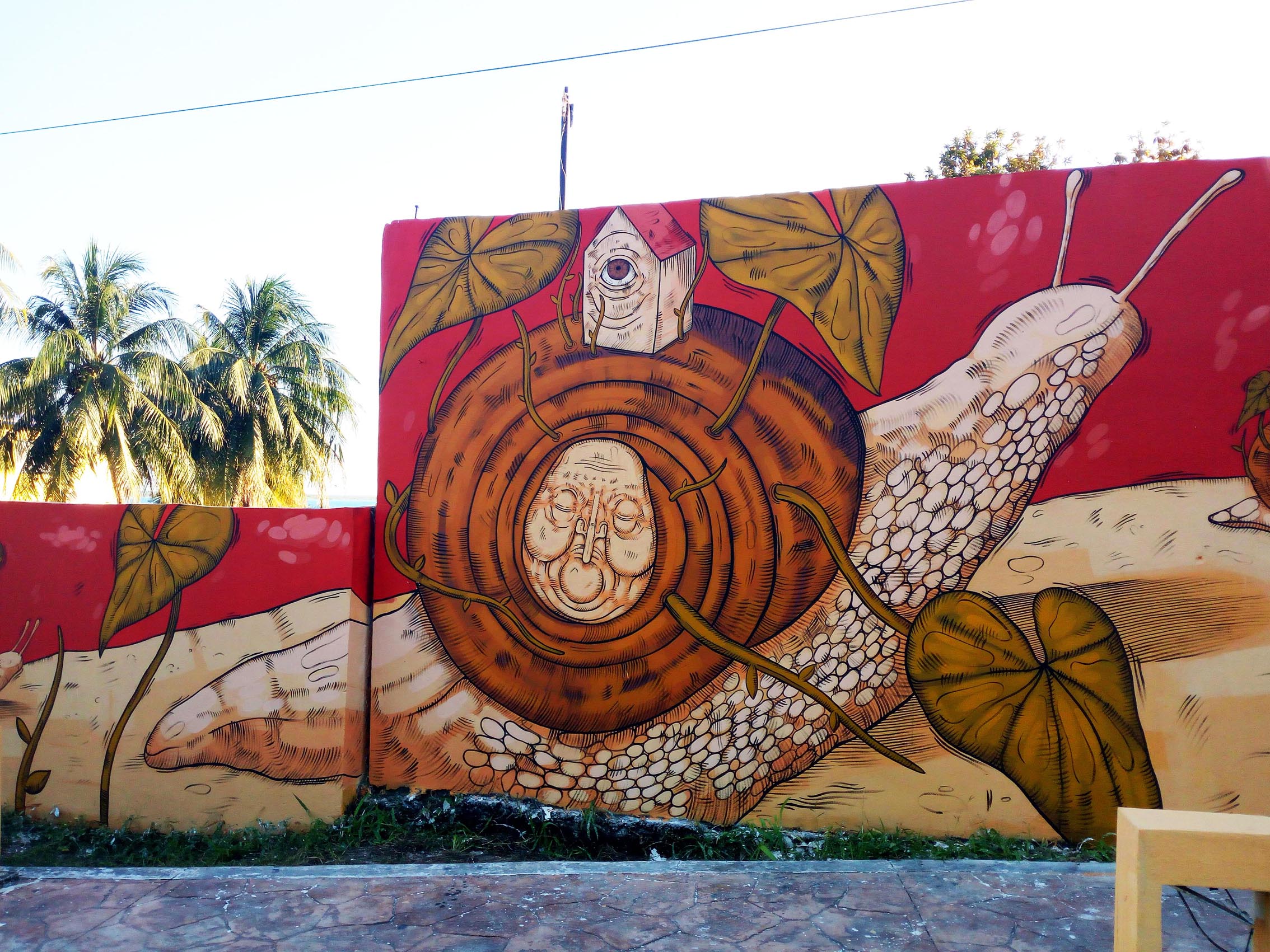 This Is How Hollywood Portrays Countries In Movies

Branding by fagerström for Cérémonie