Turin based illustrator Luca Ledda has recently stopped in Bosnia and Herzegovina to take part to the seventh edition of Street Arts Festival Mostar. The festival was launched in 2012 and for seven years now, it has created a recognizable multicultural platform for street art. The initiative is focused on promoting Urban art and Street Culture, giving to young artists a time and place to occupy public space in the city for painting. Plus, the festival organize a varied cultural program for all ages and in this way, artists have the chance to support each other, exchange ideas through socializing, and plan future cooperation.

Luca, invited for the second time, has created a wall of 15 X 3.5 meters at the entrance to the city of Mostar entitled Universal Mind. This time the artist has completely let himself be carried away by a pure improvisation, descending into a dreamlike atmosphere to which his illustrative line has made us slip in these years.

Always giving space to the recurring characters of his production, Luca wanted to portray a mental projection of the inner universe that each of us owns by approaching it to the outer Universe of which we are all part. From here, a starry sky burst into the center of the pictorial composition. At the same time he has reflected on the idea of Divine, understood also in this case as interior and outside of us. As a divine symbol he chose an animal that for centuries has been considered in various cultures as a symbol of perfection: the bee.

In the construction of the work the artist wanted to play with the geometry of the design: the bee is in fact enclosed within a triangle to interrupt the symmetry given by the projection of the two heads. The same principle used for the color choice, where he played on the contrast between warm and cold colors. So the background is red, the faces are warm colors while the blue inside the triangle is used to further interrupt this heat wave inside the image.

As always, Luca leads us into a visionary and parallel world in which getting lost and finding each other again is a pleasant and dreamy game.

Check more photos below sent by the artist and stay tuned with us for more news from Bosnia and Herzegovina’s street art scene. 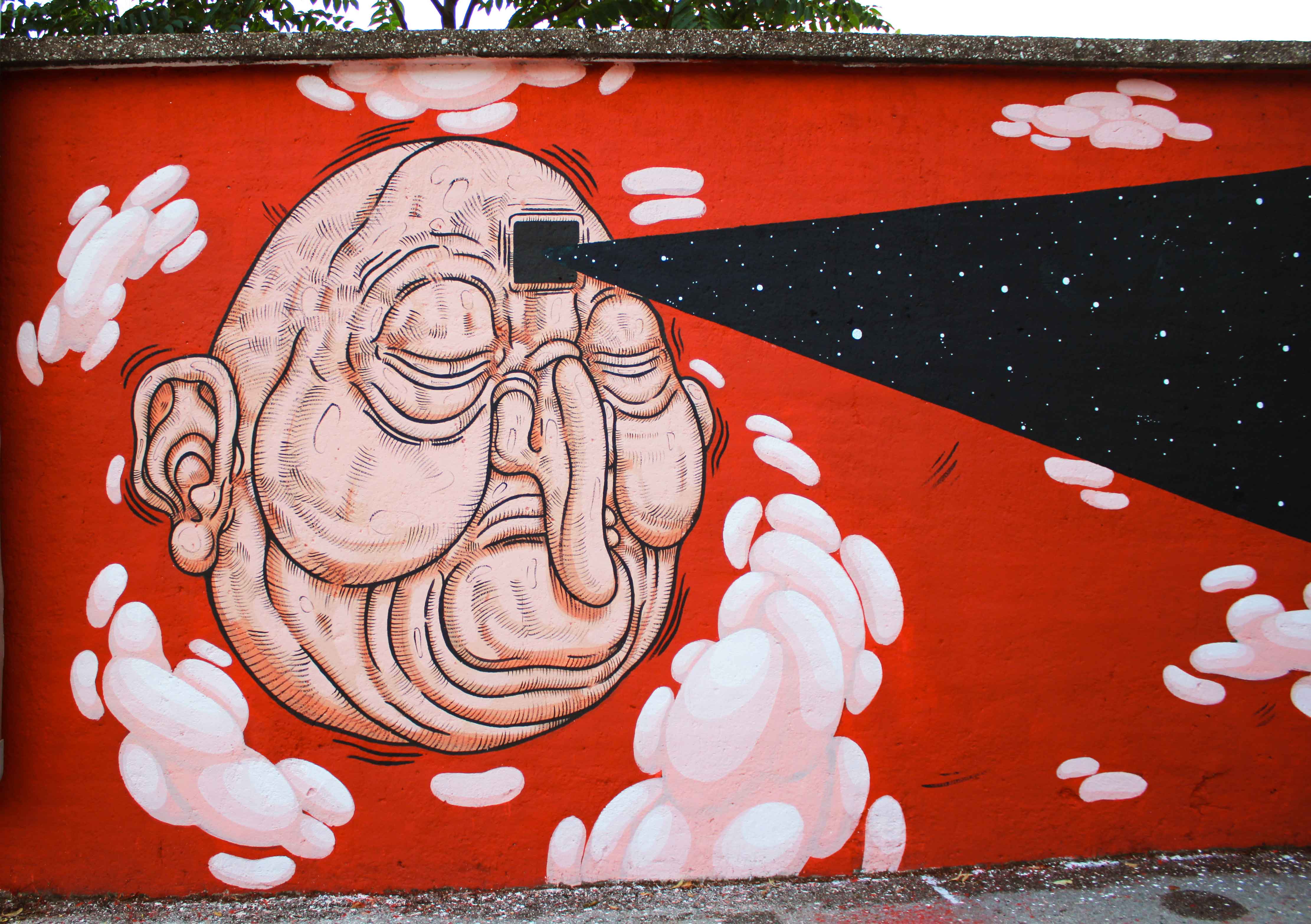 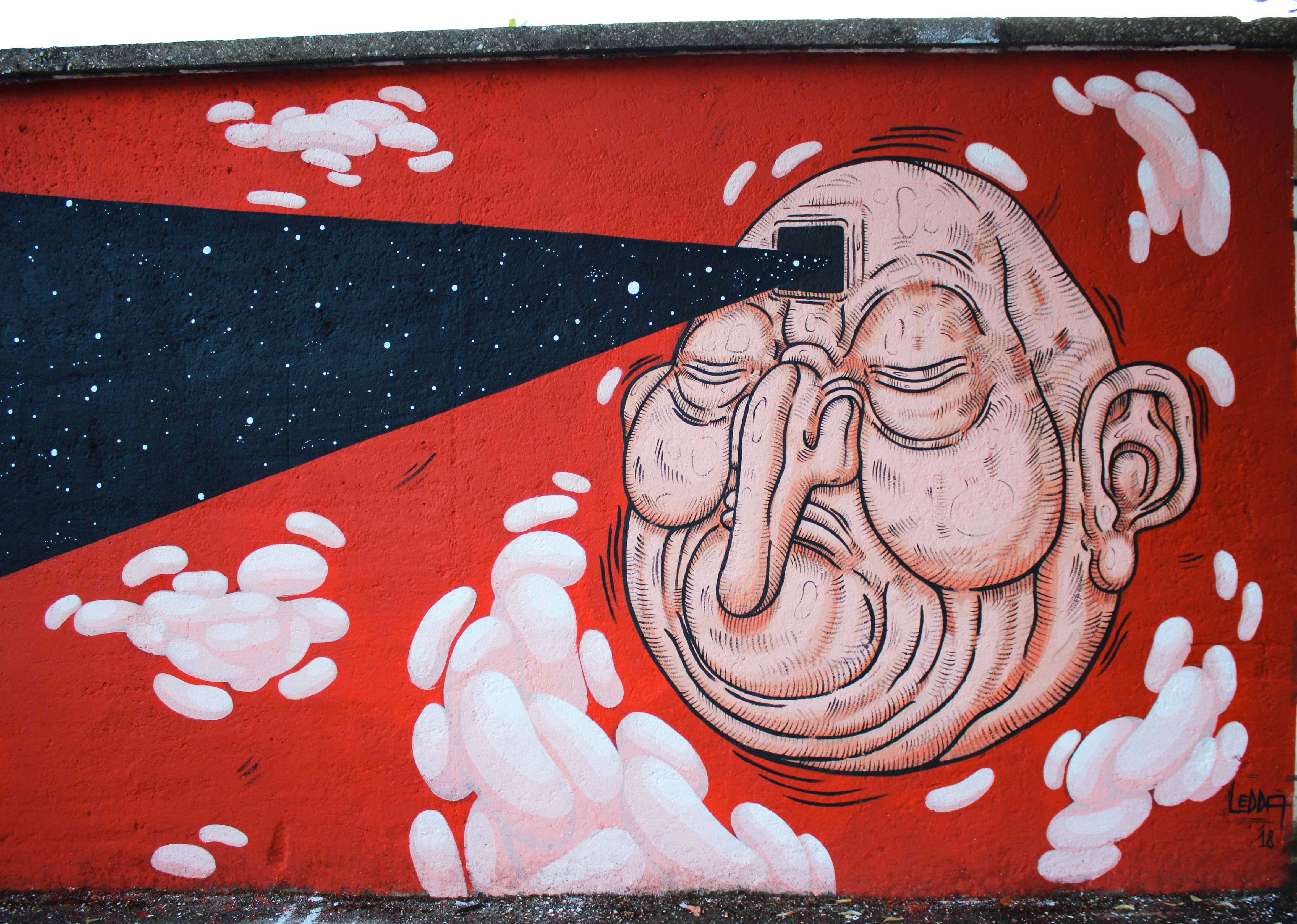 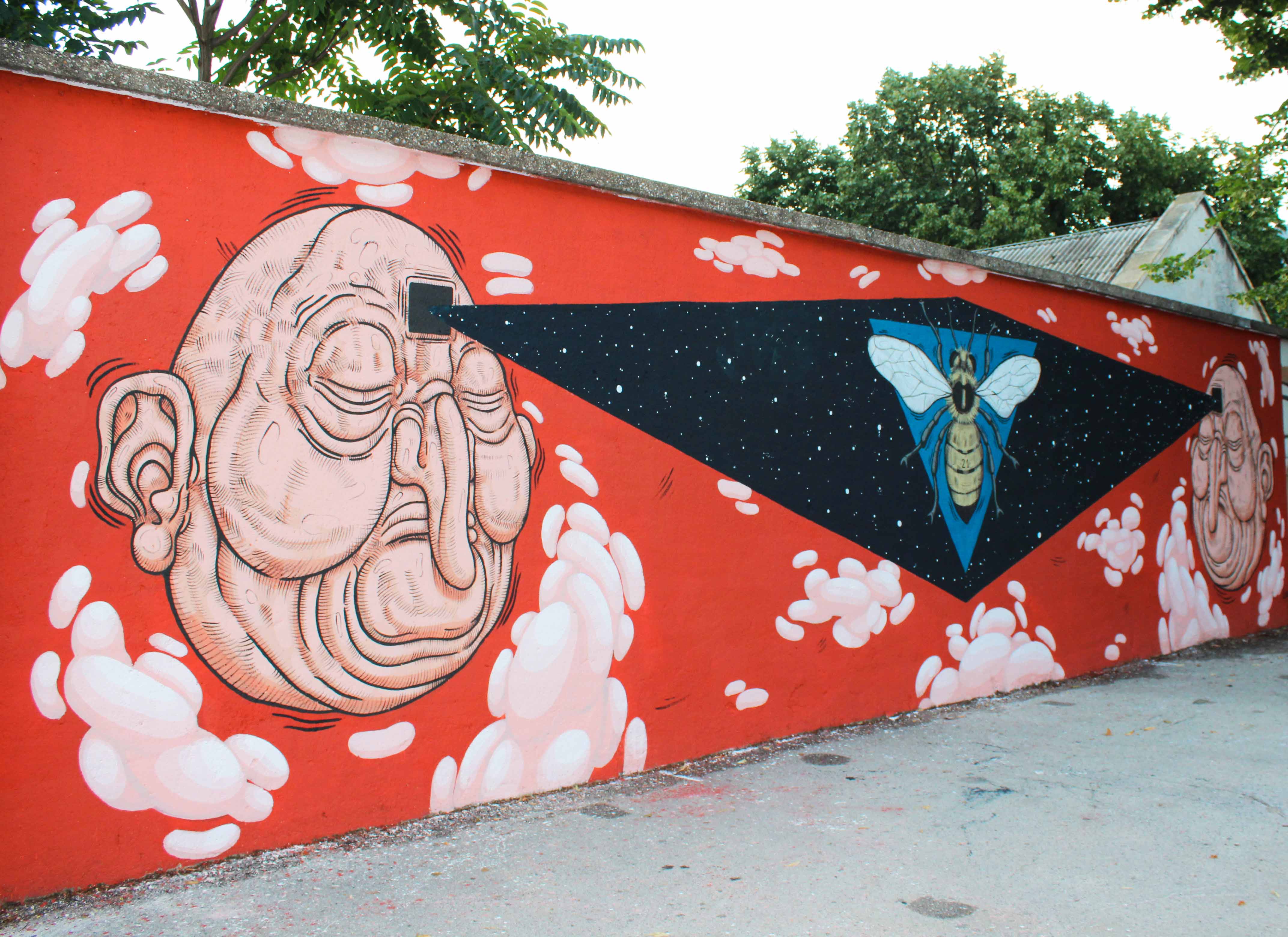 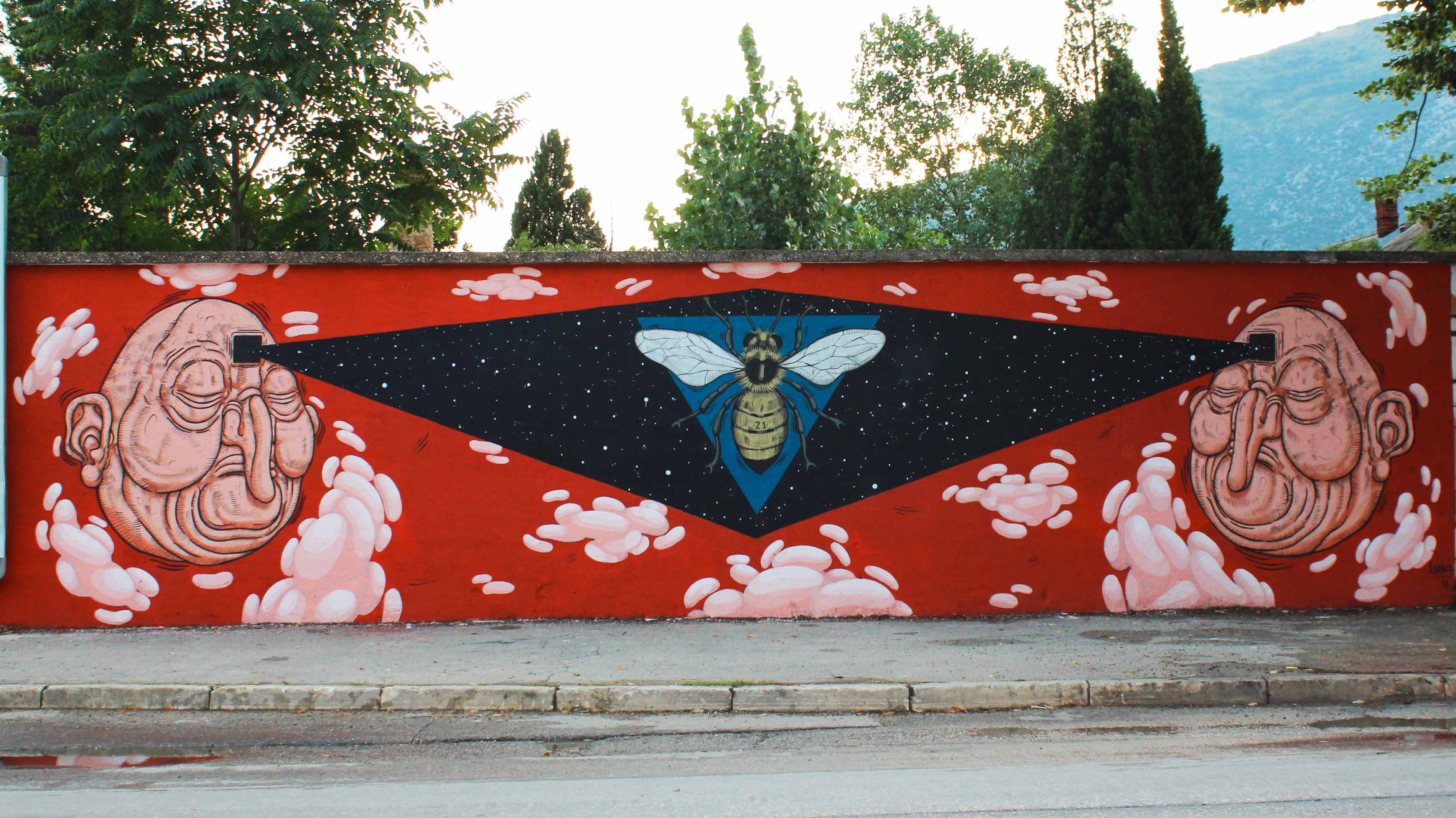