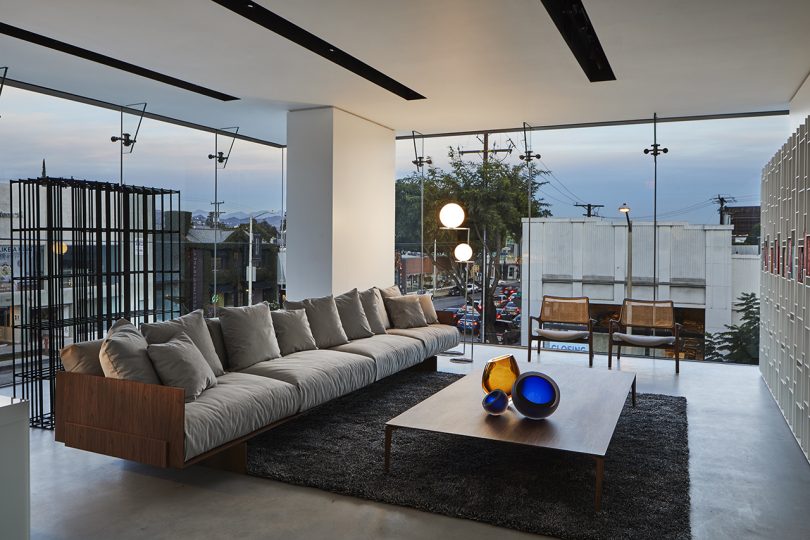 For 45 years Luminaire has helped to define what it means to be a top notch purveyor of international design. What started back in 1974 as a singular Scandinavian lighting store in Miami has now branched out into four locations, the latest of which recently opened in Los Angeles. Bringing together contemporary home furnishings under one roof is valuable to any and all design lovers, and now Luminaire is taking it a step further by creating programs that explore local design. In this month’s Design Store(y), we talk to co-founder Nargis Kassamali to find out more. 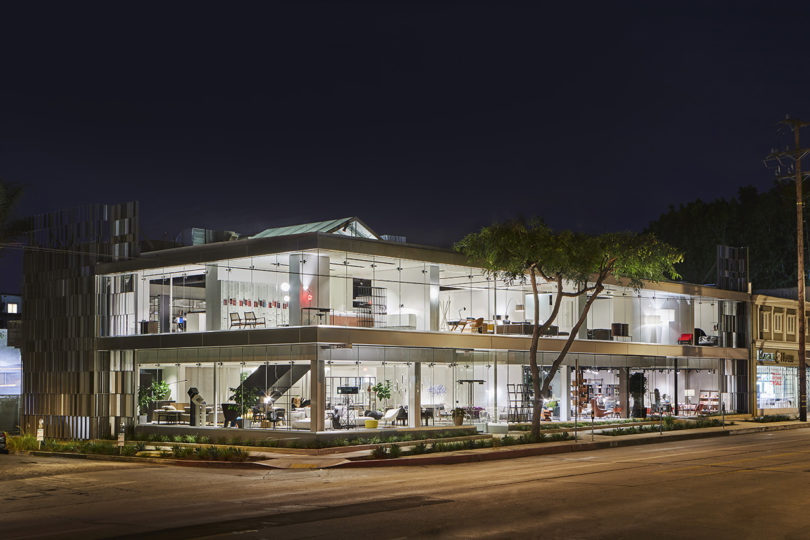 Why did you pick this city/neighborhood/storefront?

Los Angeles is undergoing a cultural revitalization that has recently seen the migration of artists into the city. With them, they have brought a new sense of vitality that has not gone unnoticed as galleries began to set up spaces in the city as well. This shift brought with it a creative culture that has appealed to a broad range of people including designers, architects, and fashion personalities, especially in the West Hollywood Design District. This cultural climate combined with the economic prosperity of the city has created a unique proposition for Luminaire.

Where did you get the name for the store?

I had the idea of opening a design store when I was growing up in Kenya. I was influenced by the Bauhaus and in 1970, I discovered the word “Luminaire” in Paris. When we opened in Miami in 1974, we only carried Scandinavian lighting and the name Luminaire was appropriate. 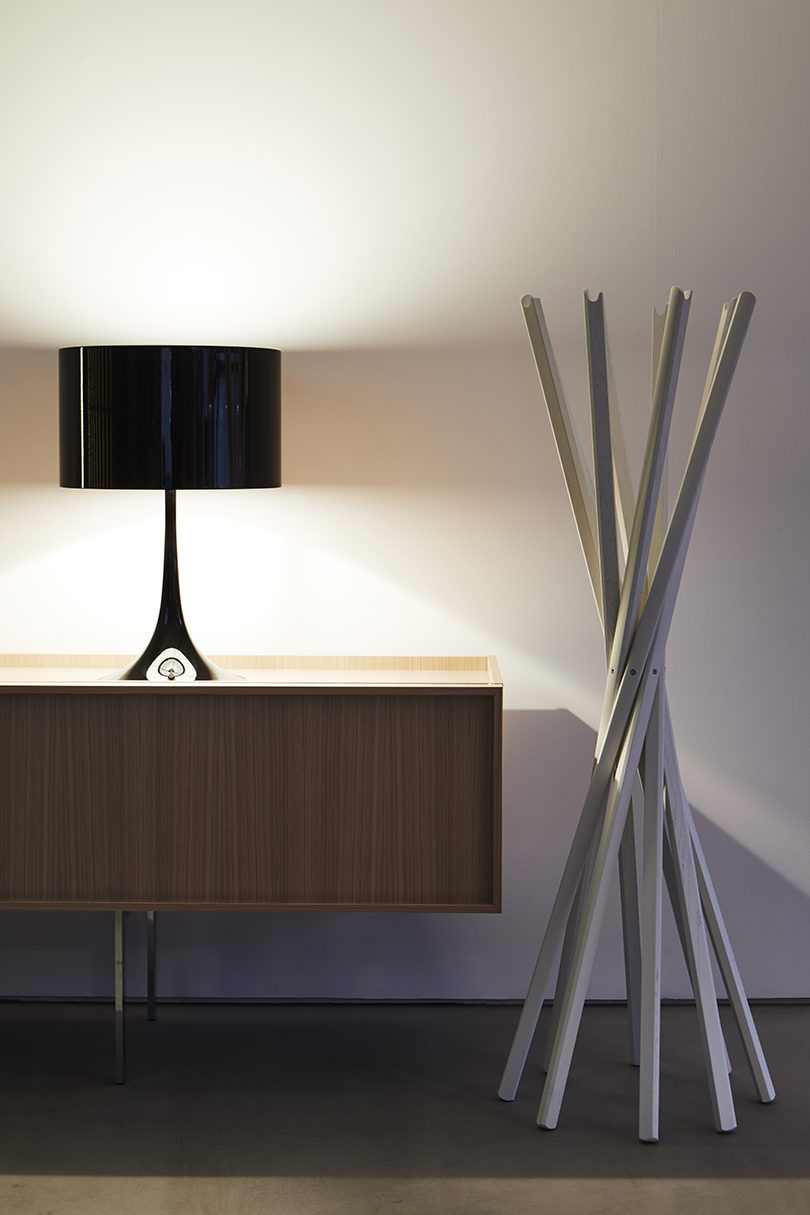 Has it changed much since it opened? How?

Back in 1974, the landscape of superior home furnishings was restricted to interior designers who provided consumers with the only means of access to design showrooms open solely to the trade. Propelled by the motivation to remove barriers and democratize design, Nargis and I distilled our long-standing dream into a singular concept: Luminaire. The first showroom specializing in European lighting, opened as a 500-square-foot kiosk in North Miami Beach that year, boldly blazing the path that would eventually make the finest offerings in international design directly available to the U.S. consumer. We now have four beautiful stores in Coral Gables, Miami, Chicago and now Los Angeles totaling 66,000 sq ft. This month, March, we celebrate forty-five years in the design field and surviving all kind of changes within.

What’s your favorite item in the store right now?

The opening of Luminaire’s Los Angeles showroom also marks the debut of Sollos, a collection of works by Brazilian designer Jader Almeida. With a clear approach to design, Jader Almeida fuses the spirit of modernist architecture with the poetry and vitality of Brazilian customs and craft to create his collection. At Luminaire, Jader Almeida has the freedom to continue his strong work that balances robust structures with other more delicate, even frail elements, as a combination of lightness and strength in a composition full of rhythm.

What is this season’s theme/inspiration/story?

This year, Luminaire started the season celebrating the centennial of the Bauhaus with Dieter Rams in Coral Gables. Then last month in LA, we had an exciting design talk of how the Bauhaus influences Architecture and Art with Los Angeles-based art collector Alberto Chehebar and architect Kulapat Yantrasast, during Frieze Art Fair. 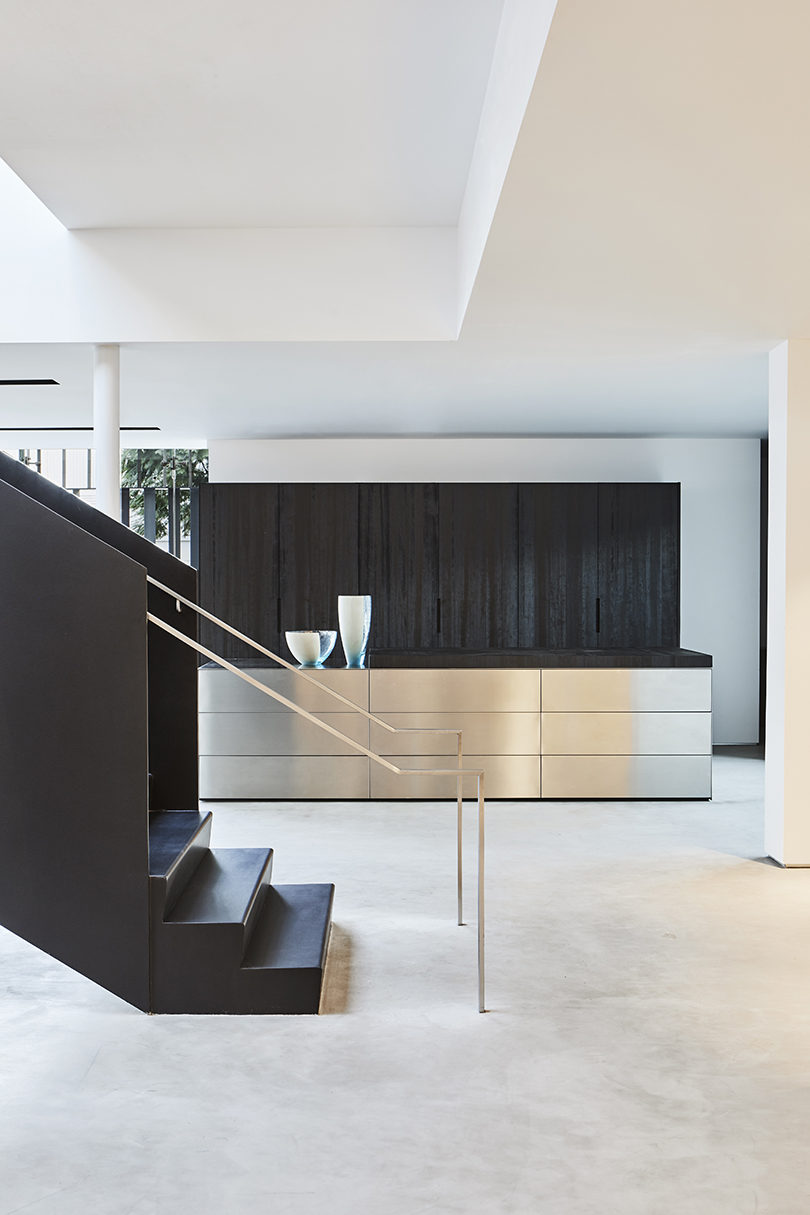 Are you carrying any new products and/or undiscovered gems you’re particularly excited about?

I am truly excited to present for the first time a kitchen collection that I have worked on with this impeccable Italian brand called Minimal, bringing the brand’s philosophy on total environment design to a new level. This exclusive range of kitchens reimagines the traditional archetype by subtracting the superfluous and focusing on the harmony between form and function. 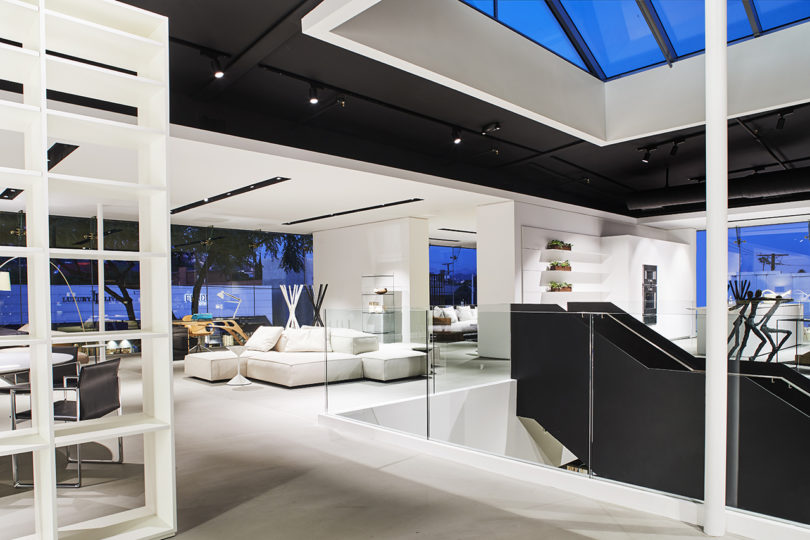 What’s been a consistent best seller?

Customers come to Luminaire looking for good design, then, of course, the pieces designed by Piero Lissoni, Patricia Urquiola, Antonio Citterio, and Ingo Maurer have always been the Luminaire best-sellers.

What’s your process for selecting + curating the objects in your shop?

Every piece is carefully selected to belong to the idea of design as a third skin. I spent time in all the corners of the world visiting fairs, studios, and personally curating what we sell. 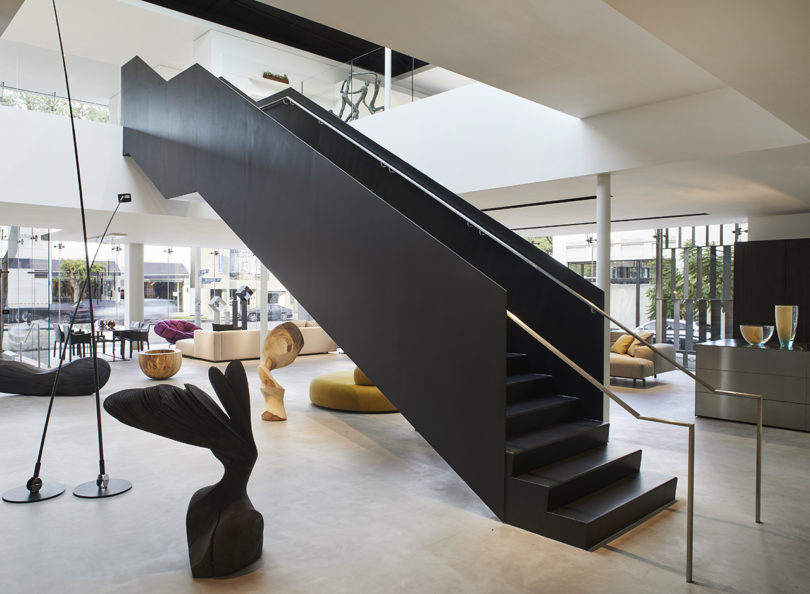 With the aim of expanding the repertoire and understanding of design in the communities we serve, we have prepared a local program that will transform the showroom into a laboratory for curated exhibitions, thought-provoking lectures, and other types of educational endeavors. Stay tuned for the next one in our illuminate section of the website. 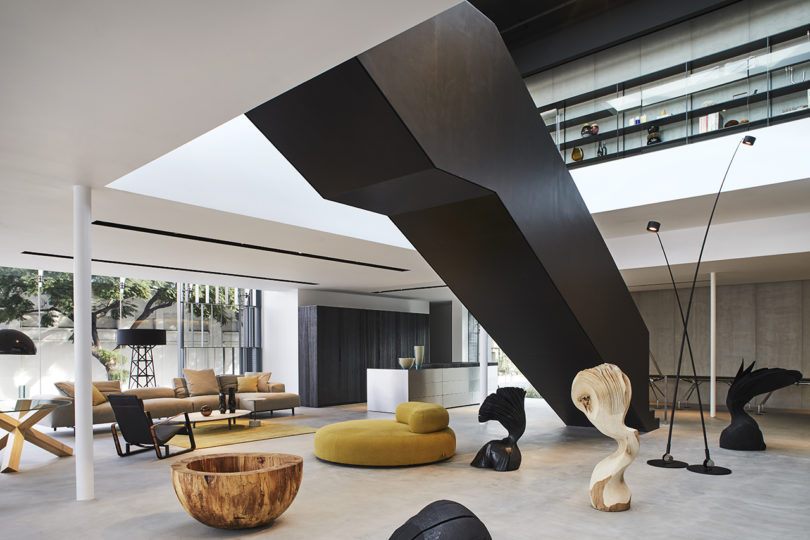 Do you have anything from the store in your own home?

We practice what we preach. Our home is entirely furnished with Luminaire products. For example, the powerful Lars Zech sculptures that you see once you walk in our Luminaire Los Angeles showroom.

What’s been one of the most fulfilling aspects of opening your store here?

We see that in Los Angeles, there may be many showrooms selling furniture, but not many who are able to create immersive environments that bring together a selection of the best representations of contemporary design from around the world like we do. It’s fulfilling to realize that Luminaire is here to serve that gap. 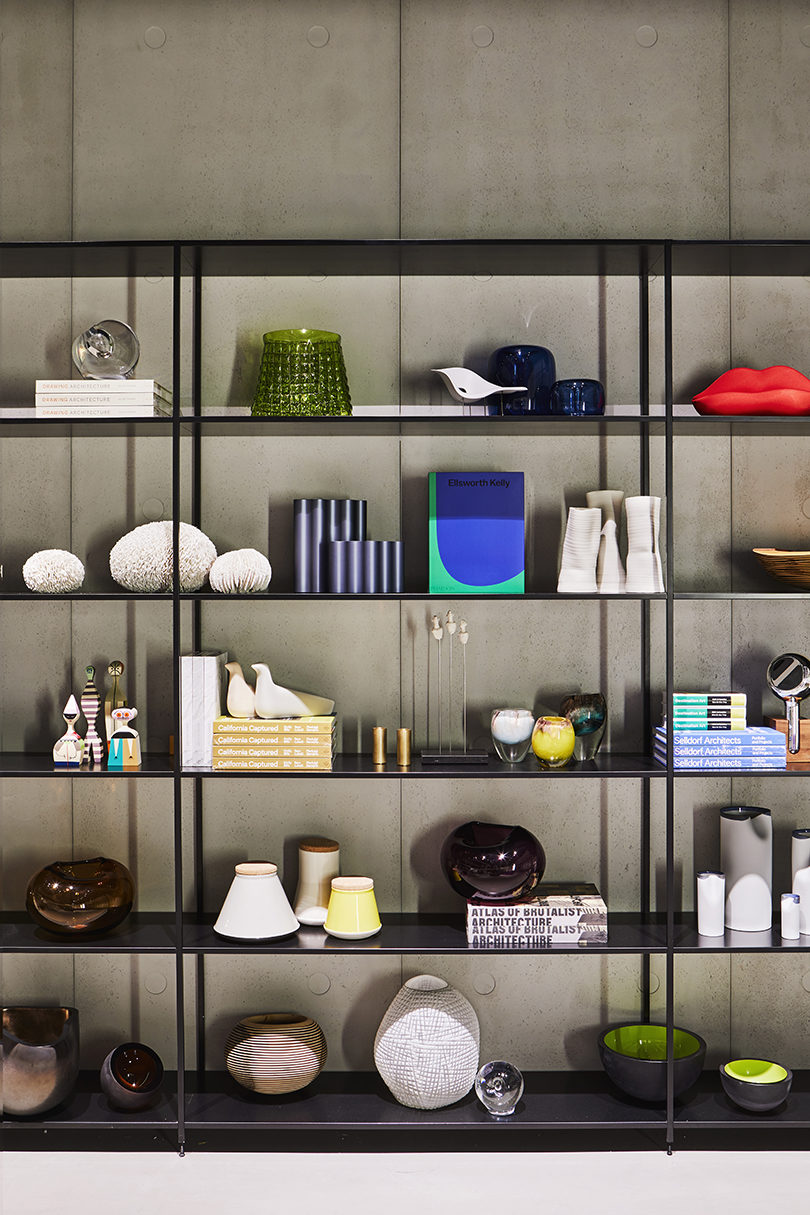 What’s one lesson you’ve learned since opening your store?

That we should have opened here a few years ago!

If you could give one piece of advice to someone who wants to follow a similar path to yours, what would it be?

Design is a language, not a style. You have to be true to that mantra. Be curious, have passion, and let failure be your teacher.