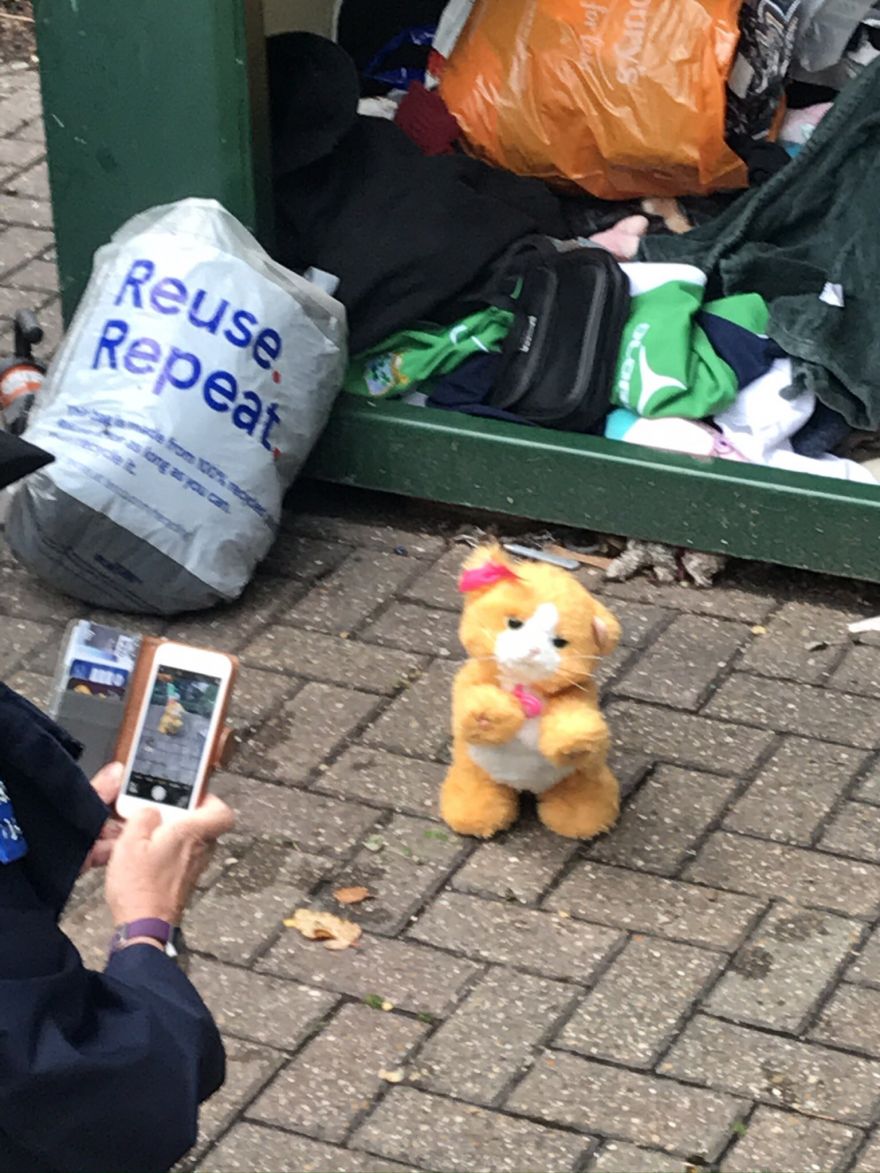 Alan McElligot was at a recycling bin dumping old clothes. When he dropped an old pair of shoes in the bin, he suddenly heard the cries of the cat inside. Alarmed, McElligot immediately called the police to get the cat out of the recycling bin.

Police and firefighters responded to the scene and agreed that there seemed to be the sounds of a trapped cat — possibly two cats — inside the container.

“One of the police officers suggested we drop food in there in case the cats had been there for a few days. So I went to Sainsburys as I had my car nearby and bought wet cat food,” McElligott told Deadline News.

But when the fire brigade used their heavy tools to open the bin, they did not find signs of the cats. What they found instead was a battery-operated cat which was made by FurReal Friends. McElligot remarked that the cat made “very convincing meows.”

McElligott said the firefighters and police officers had a good laugh at the outcome of the unusual rescue.

“The two community officers, three police officers and the two firefighters started laughing,” he said. “I went red faced and apologized. We all then left as quickly as possible.”

Rating Man Calls Cops When He Heard Meows Inside The Recycling Bin. Turns Out The Cat Was Battery-Operated is 5.0 / 5 Votes: 4
Please wait...
Loading...
Related articles