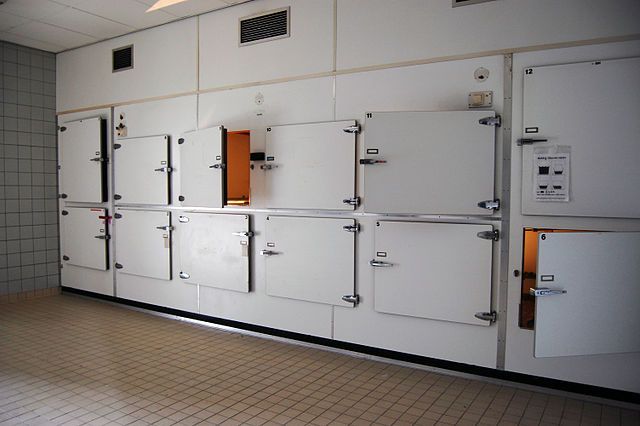 What in the world happened? Gonzalo Montoya Jiménez, a 29-year-old prisoner in the maximum security wing of Asturias Central Penitentiary in northwest Spain, was declared dead by three different doctors. However, much to everybody’s surprise, he woke up in the morgue, mere hours before his own autopsy! This baffling event has led hospital officials to conclude that the cause is catalepsy:

[…] was found unresponsive in his cell during a morning roll call on 7 January 2018 and had been transferred to a hospital mortuary in a body bag when pathologists heard something strange.

The day before Jiménez was found ‘dead’, he complained of feeling ill, and while it was unknown exactly what caused his condition, officialsdescribed his body as showing signs ofcyanosis – a purplish discoloration of the skin caused by poor circulation or lack of oxygen – in addition torigor mortis.

Hospital officialstold Spanish media the faux fatality could be a case ofcatalepsy, in which the body enters a trance or seizure-like state, exhibiting a loss ofconsciousness and sensation, together with physical rigidity.

Just how Jiménez became cataleptic is unclear, although the prisoner experienced epilepsy, and takes medication for the condition – buthis family said it wasn’t always easy for Jiménez to adhere to his medication schedule in lock-up, so that might have had something to do with it.