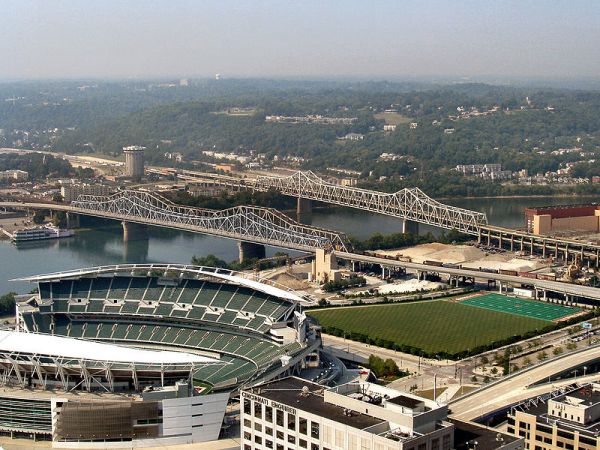 Marty Boyer bought Theater House in Covington, Kentucky, in November. He was shocked at the amount in his electric bills. He was being billed for seven electrical meters, but he could only find four in the building. After he requested an audit, Duke Energy confirmed that three of the meters were located across the street from the theater, but they weren’t going to separate them from his bill.

Frustrated by Duke’s inaction, Boyer told Duke to turn off the meters across the street on March 19 not knowing what they powered. The lights stayed on at the Theatre House, but a Duke worker showed up the next day asking who turned the lights off.

“(The) lesson here: Want to get attention, turn off the lighting on the bridge,” Boyer said.

It turned out that Boyer had been paying to power the lights on the Clay Wade Bailey Bridge that spans the Ohio River. But Duke wouldn’t change the bill because they couldn’t find anyone at the Kentucky Transportation Cabinet to accept responsibility. It was only after Boyer told the story on Facebook Monday and the local newspaper got involved that the meters were separated for billing purposes. Read an update on the story at The Cincinnati Enquirer -via Bits and Pieces