What’s with some people disliking cats so much, I wonder. We previously covered a story about a woman who kicked her BF out of her flat because she overheard him talking maliciously with her furball. We also wrote about a man who got an ultimatum from his vegan girlfriend who demanded that he give away his cat. Both incidents are hard to wrap your head around and there’s another similar story from this Redditor, u/Astonished_Hound.

“My girlfriend of 2 years moved in with me a few weeks ago and it was clear she didn’t like my cat,” he wrote in a post on r/AITA. But one day he got home and his beloved 3 Y.O. furball Raven, who was not an outdoorsy cat, was gone. As you can imagine, Raven’s owner was sick to his stomach as his friend was gone for hours.

Read on for how the story evolved right below, which ends in a broken relationship and an ex-girlfriend having to move out by the end of the month.

The owner of 3 Y.O. black-furred Raven shared a story of how his girlfriend kicked the cat out of his house 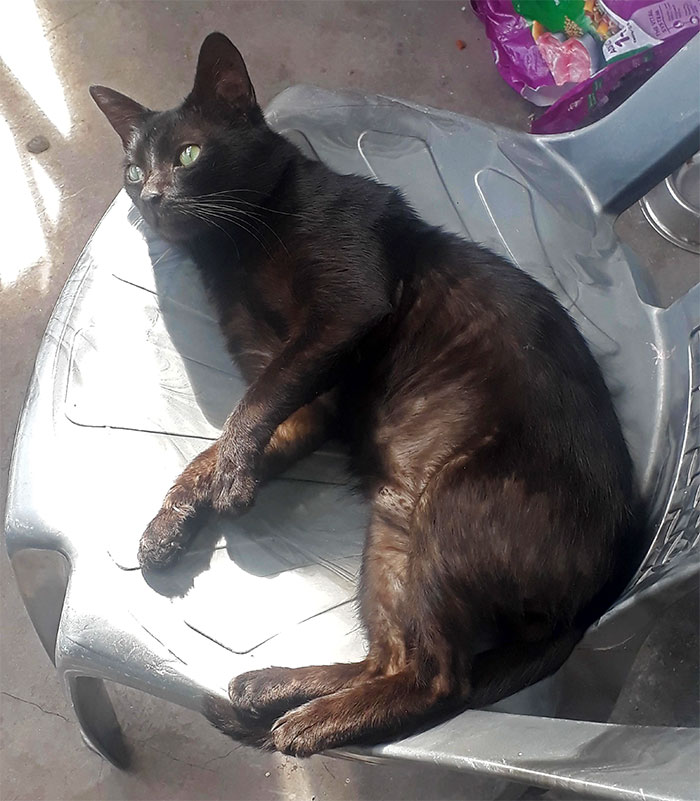 Here are some more pics of poor Raven, who got kicked out for some reason that, for most people, is simply unthinkable 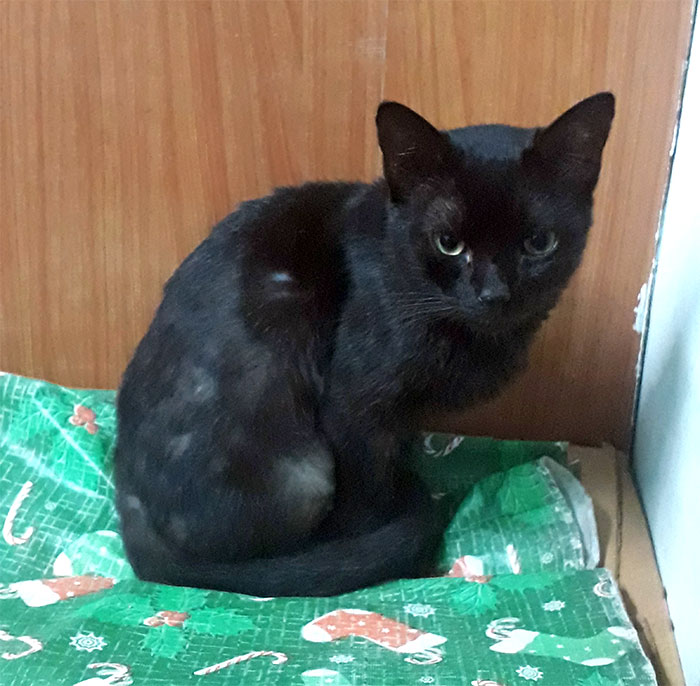 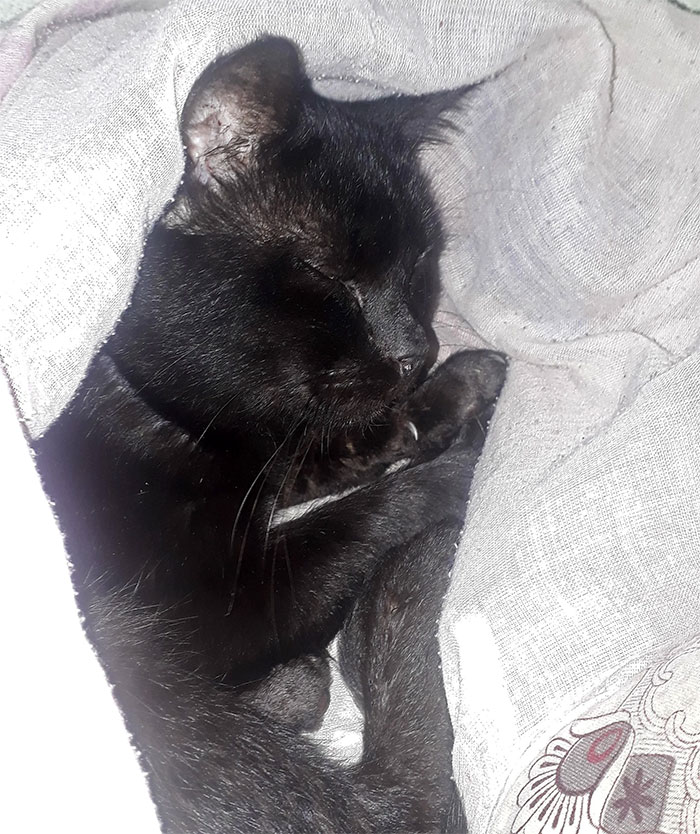 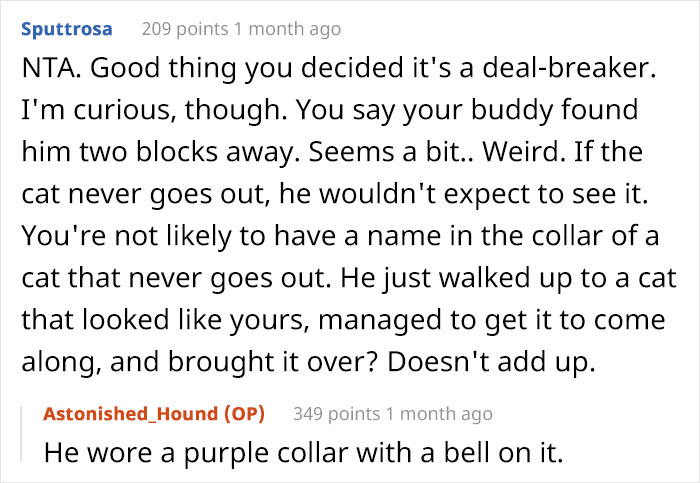 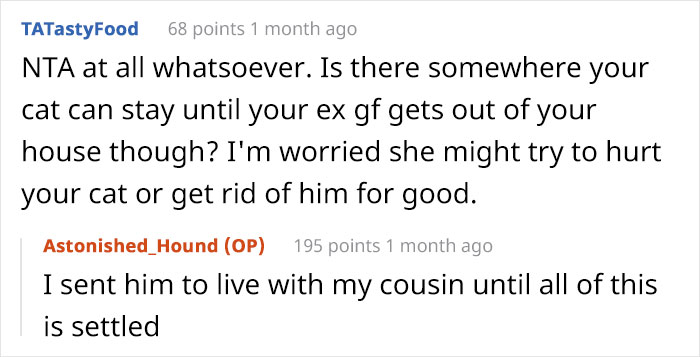 The post Man Notices His Cat Is Missing, Finds Out His Girlfriend Kicked It Out So He Asks Her To Leave first appeared on Bored Panda.