When they work together, couples can achieve more than singles. So if you’re in a serious commitment, you and your partner should have a calm and honest talk about each other’s financial habits, goals, and fears. Because when people skip it and enter discussions about money only when there’s a problem, their ego can take control of the situation and seriously damage the relationship. Even a marriage.

A few days ago, Reddit user Zealousideal_Fly4786 submitted a post to the “Am I The [Jerk]?” community that perfectly illustrates this tricky and dangerous predicament. In it, the woman describes how her partner used her savings and inheritance against her, bending the rules he himself has established. The story serves as a reminder that communication is key to understanding one another and that having a policy agreed upon in advance is way more effective than trying to put it together on the go. 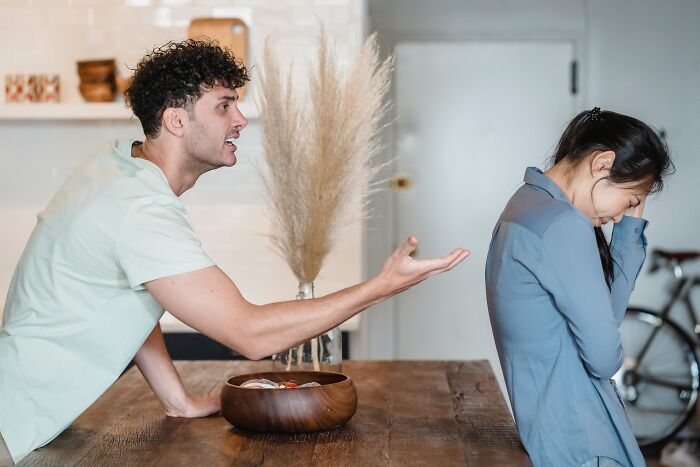 So she asked the internet to evaluate her decisions 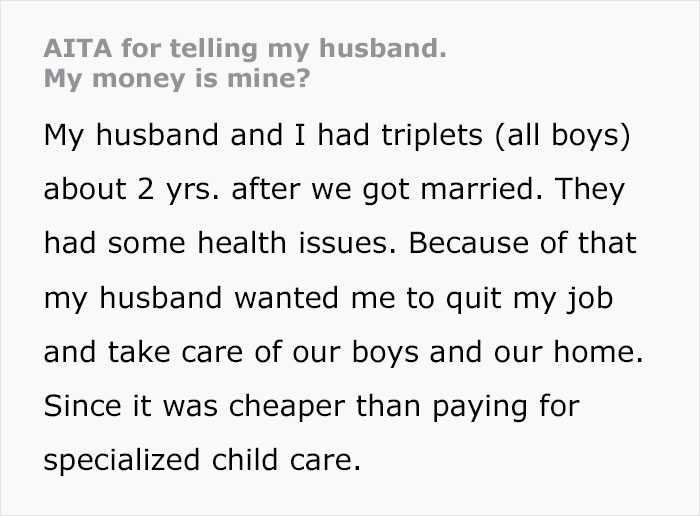 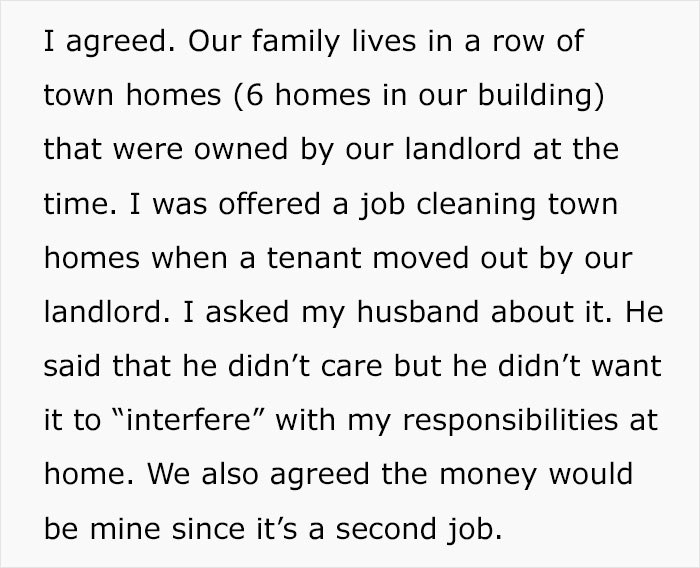 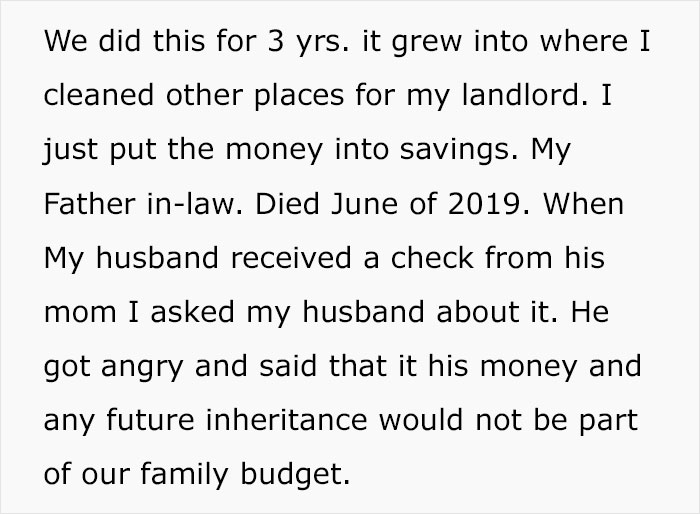 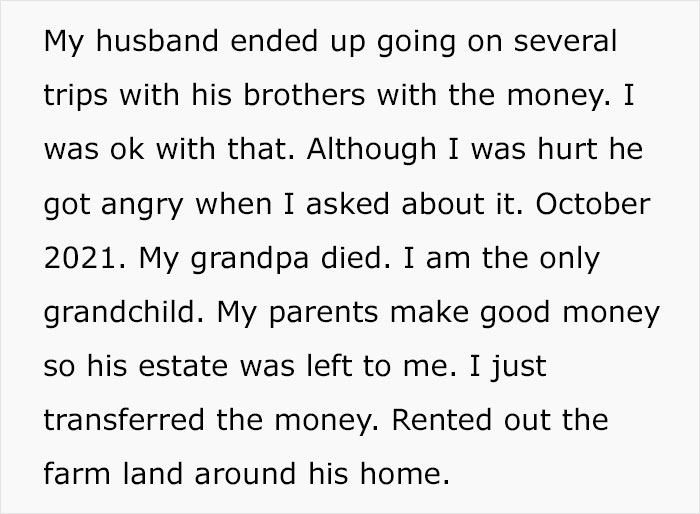 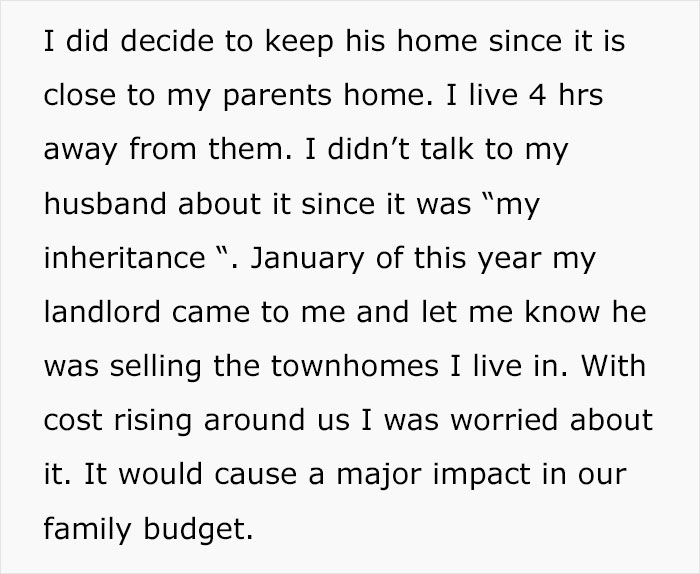 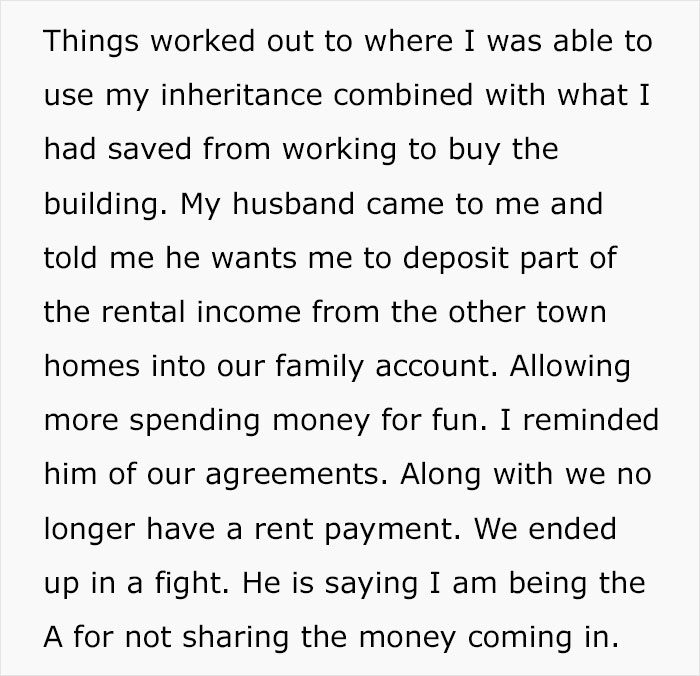 Trying to imagine how common similar conflicts are, consider the following: according to data from a 2021 study of 1,713 couples conducted by Fidelity, roughly 40% of couples who live together don’t know how much their partner makes.

So it seems that many couples are hesitant to have full, honest discussions about money. “Life is busy and people don’t necessarily take the time to talk about their finances,” Stacey Watson, senior vice president of Life Event Planning at Fidelity, told CNBC Make It. “Money can be an uncomfortable topic.”

And it is to many. 44% of participants reported that they argue about money with their spouse occasionally, while 20% said money is actually their biggest relationship challenge.

According to Shannon McLay, founder and CEO of The Financial Gym, shame is often the factor that keeps people from being forthcoming with their partner, whether it be about how much money they make or the amount of debt they have.

“People are more comfortable getting physically naked with somebody than financially naked,” McLay noted. “We’ve seen couples who have been married for years, who have children, and don’t know about each [other’s finances].” So sadly, Zealousideal_Fly4786’s case isn’t a standalone example.

There are many different kinds of conversations couples can have about money, but many limit themselves to only discussing basic financial decisions like how much they spend on vacations or their children’s education. But it’s all about context. The bigger picture.

“There’s a difference between making financial purchase decisions and sharing financial details,” McLay highlighted. “It’s great that you can have those conversations about purchases, but if you don’t know the digits, then you’re making decisions from a flawed perspective.”

As a starting point, McLay recommends that couples talk about their respective salaries, savings, credit scores, investments, and debt. She believes it’s crucial for couples to share information because it could be a major factor in larger decisions, such as taking out a loan or, like in our story, buying a house.

For couples wondering how to begin, Fidelity’s Stacey Watson suggests arranging a monthly date night where partners agree to discuss financial topics completely judgment-free. But if one partner still feels uncomfortable, she said that bringing in an expert, like a financial planner, could be helpful. “Both partners being involved in the decisions is going to lead to a better financial future,” Watson said. 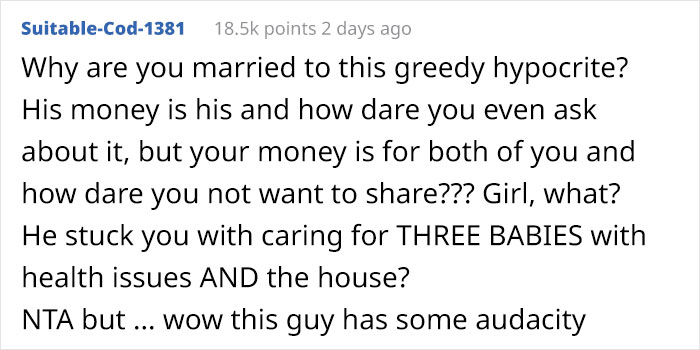 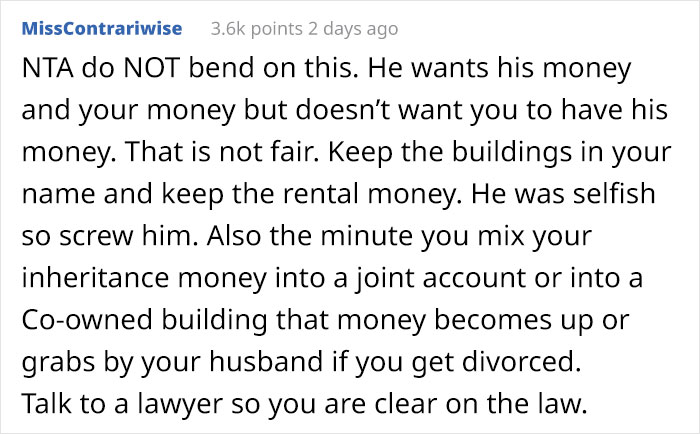 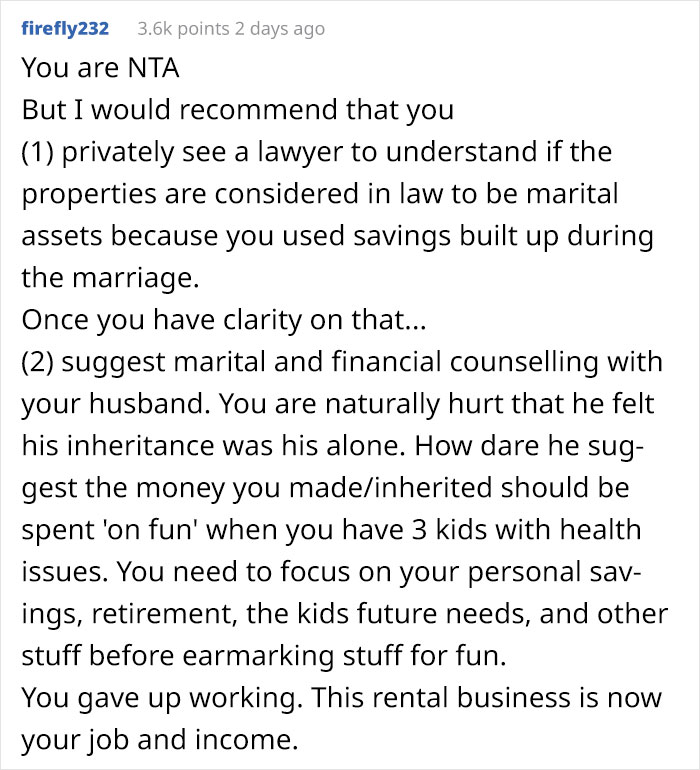 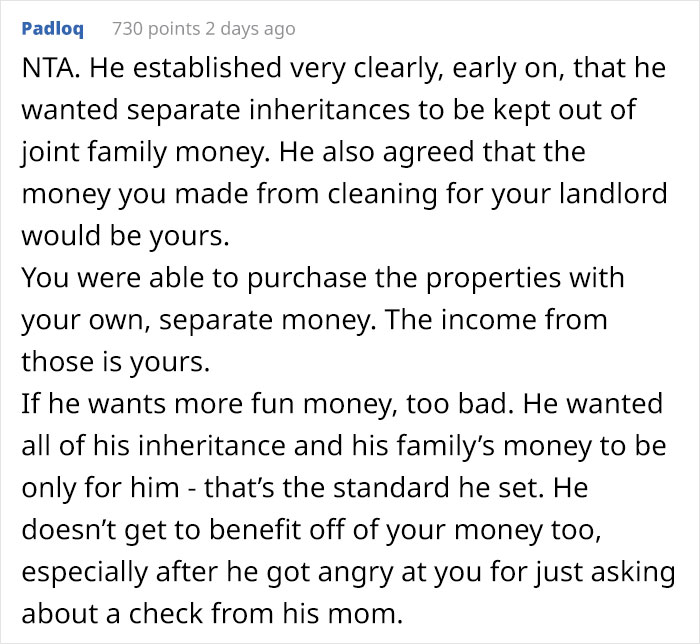 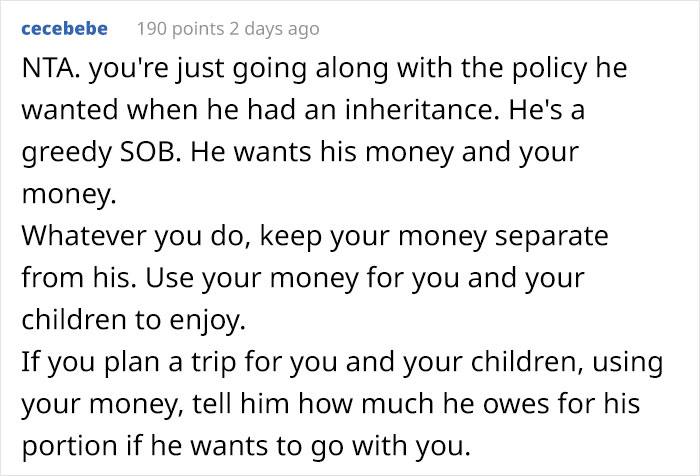 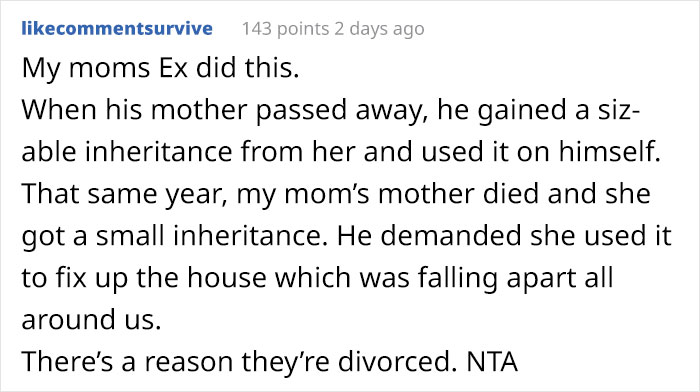 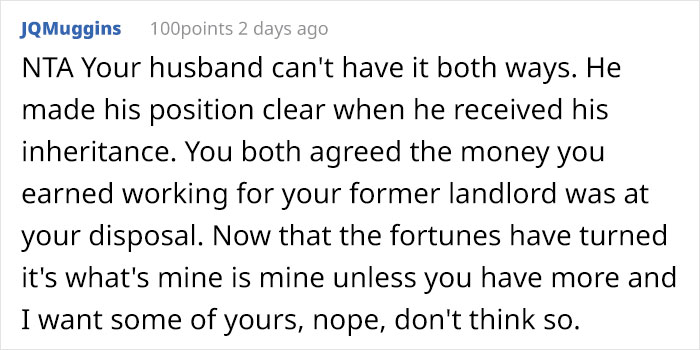 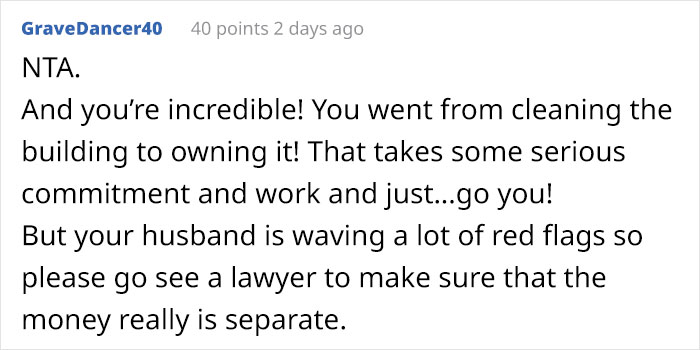 After her story went viral, she posted an update, sharing the latest developments 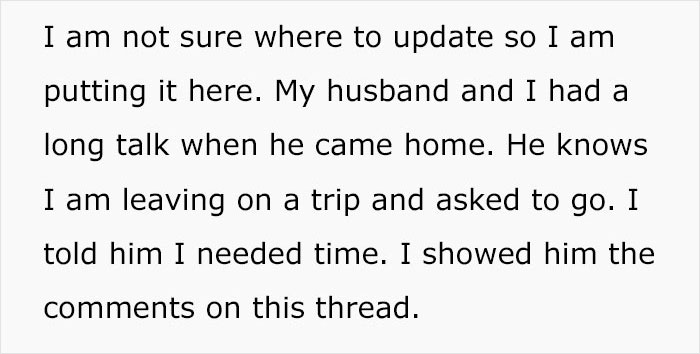 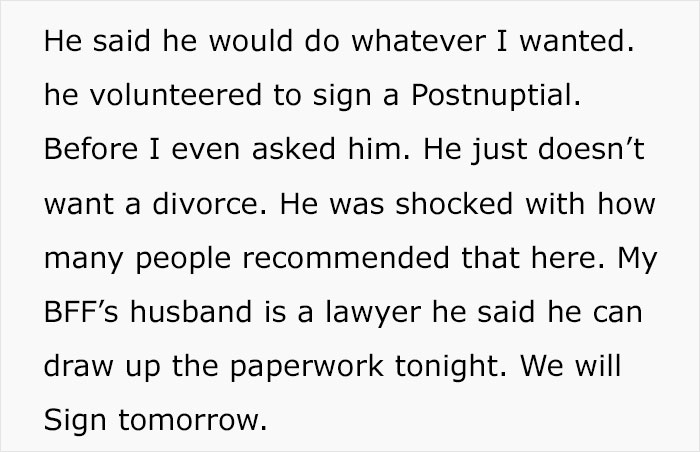 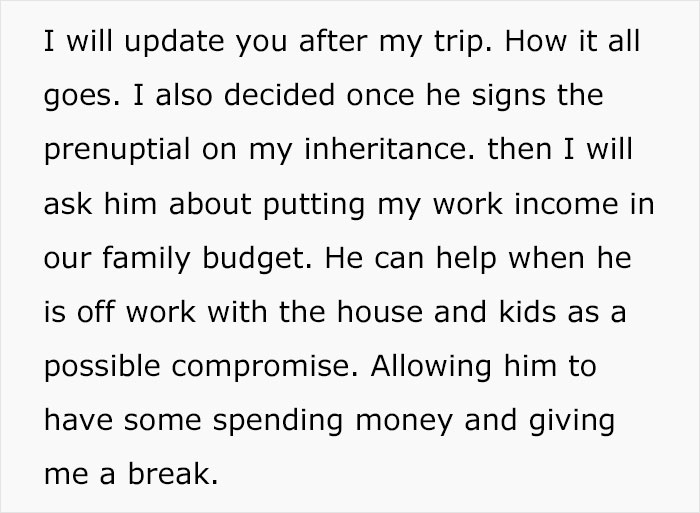 The post Man Thinks He And His Wife Should Have Separate Budgets, Changes His Mind When She Gets A Big Inheritance first appeared on Bored Panda.