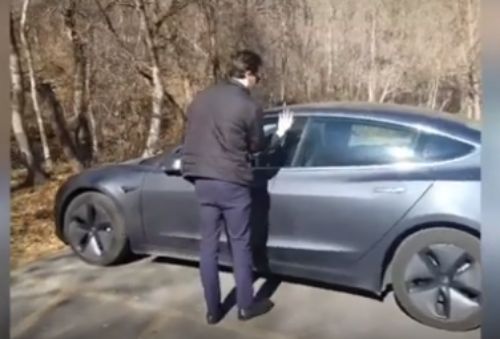 Ben Workman is a Utah man who does a “magic trick”: he opens up his car with the object in his hand. The trick behind it is one of the four chips implanted in his hands, a Tesla key to unlock his car with a wave of his hand. According to Workman, a piercing studio helped him implant the Tesla key. UPI has the details:

“I play tricks on people who don`t know I have it in my hand. I try and convince them a banana is the key and then I hold a banana up and [the chip] unlocks the door,” he told KSTU-TV.

The other chips in Workman’s hands allow him to unlock doors at work, log on and off of his computer and share contact information using the same technology as Apple Pay and Google Pay.

He said most of the chips were installed by a family member, but he required the help of a piercing studio to implant the Tesla key.