Nice and friendly coworkers are truly a gift on Earth. They can make or break your mood on a regular workday and considering the fact that most of us are looking at 40+ years of collaborative work, our work mates becoming our friends is an unspoken necessity. Sometimes, those friendships can save your marriage and prevent lots of conflict with your significant other, as we’ll see in the story today.

As always, leave your thoughts below in the comments as they’re very interesting to read. And yes, I try to read them all. Upvote the article so more people can share in the wholesomeness. Maybe follow the author if you’d like to show your support! Enough of the begging, let’s get into the story you came to read.

What happens when you forget your wedding anniversary? Well, you pray and hope that your wife has a coworker like this one 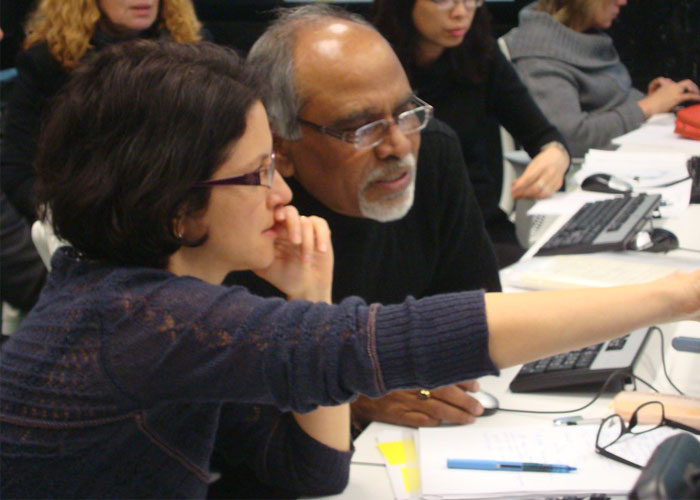 A few years ago, one Reddit user, named MastadonBob, shared a memory of a time from the pre-cellphone era, where he covertly helped out his colleague who’d come into work upset that day. He was quite concerned about it, thus, he asked what was wrong. She explained that it was her wedding anniversary and just knew that her husband had forgotten all about it. Not surprisingly, it broke her heart, as it would do to most of us.

Whether it be a birthday or anniversary, or any other occasion of emotional significance, it feels important to most for them to be acknowledged and celebrated, especially when it comes to the people we care about. The lack of excitement for said special days can be soul-crushing. But hey, some choose not to celebrate certain events and that’s more than fine. To each their own, but back to the story.

A few years ago, a man noticed his coworker down in the dumps and decided to figure out what was going on

She revealed that her husband most likely forgot their wedding anniversary. The thoughtful man, having learnt of his coworker’s dismay, came up with a plan 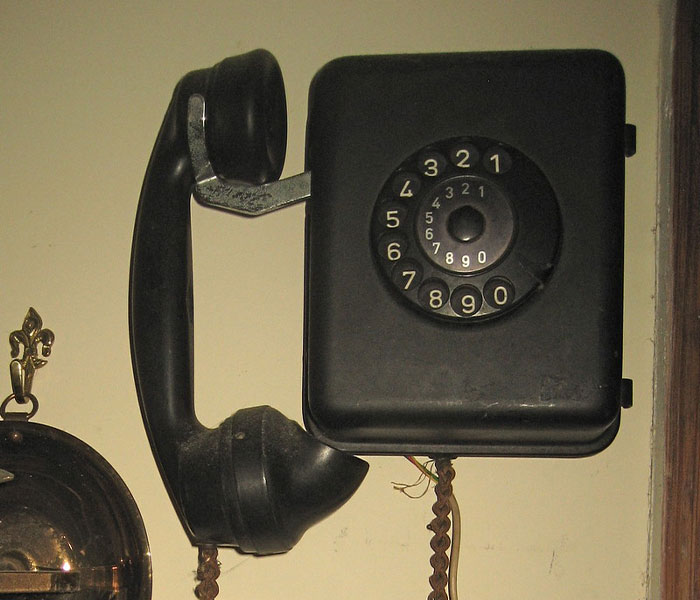 Image credits: Infrogmation of New Orleans (not the actual photo)

The Original Poster (OP) came up with an ingenious plan of turning things around for them. He was aware that the pair’s daughters were home on summer vacation. Thus, he decided to call up the house phone he’d memorized and, once one of the kids picked up, ask them to phone their dad and let him know of the special occasion. He specifically added the bit, “don’t tell Mom OR Dad I called.”

Now, some might think it intrusive or creepy to be calling up the coworker’s children, asking them to do things without the parents knowing. But let’s remember that it was a different time and the fact that he’d called the house phone enough times to learn it by heart shows that they’d had a close enough friendship to be able to do this. Context matters!

It seemed that the plan worked incredibly well, as the next day the coworker came in happier than ever. Her husband had actually remembered their anniversary, bringing her flowers and taking her out to dinner. In the words of OP: “Mission Accomplished.”

It seemed that the plan worked perfectly, as his coworker came into work with a huge grin on her face, sadness nowhere to be seen 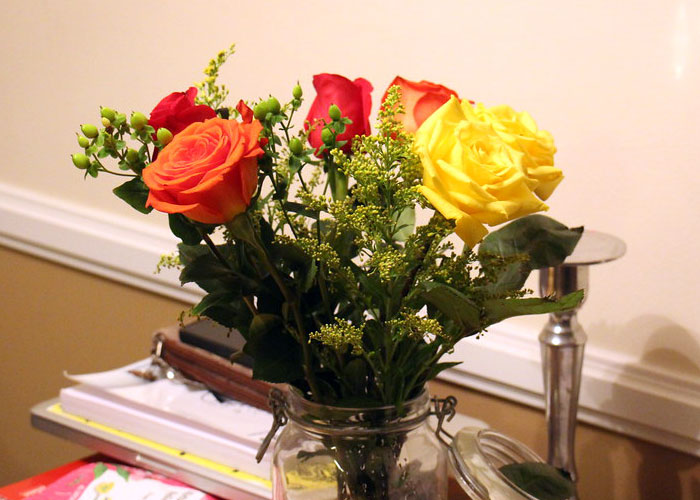 After the momentous day, they didn’t mention it again, until 6 years later when the female coworker was having a farewell luncheon, as she’d quit the company. She gave the male colleague a hug goodbye and whispered: “My kids ratted you out. Thank you.”

It is difficult to know how OP felt having heard those words such a long time after the good deed, but it must’ve been a feeling of embarrassed glee, knowing that she was grateful for what he’d done. Lesson learned – never trust kids to keep a secret. Again, this might lead into dangerous territory, so once more – context matters. Don’t go around creeping.

Lovely as it is to hear stories of someone’s thoughtfulness and consideration, one must always question ‘how did we get here in the first place?’ It seems to be the common trope of men forgetting special events, such as birthdays and anniversaries, becoming the run up to many a punchline in comedy films, but why is it so? Do they care that little? Maybe it’s not as black and white as you’d like to believe.

He thought it would stay a secret and for 6 years it seemed to be so, however, the cat was out of the bag when the woman whispered: “My kids ratted you out. Thank you” 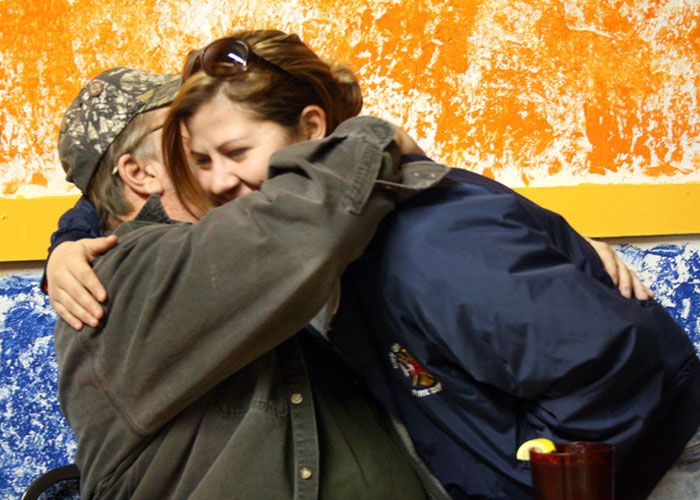 Professor Jostein Holmen, from the Norwegian University of Science and Technology (NTNU) in Trondheim, found that “men forget more than women. This has not been documented before. It was also surprising to see that men are just as forgetful whether they are 30 or 60 years old.”

“We have speculated a lot about why men report more frequent problems with remembering than women do, but have not been able to find an explanation. This is still an unsolved mystery,” says Holmen.

Whilst Holmen and his colleagues are busy cracking the code to the universe, let’s have a look at ways to help ourselves remember important events and prevent sadness and dissatisfaction.

Calendars, special alarms, social media sites that track birthdays, and countless phone apps come in to aid us in remembering things that slip our minds as we succumb to the daily routine and problem solving. It just takes that second of effort to add the date onto something which will help you remember. If you do, however, want to remember things with the power of your mind, there are a few techniques that help train the brain.

We hope that the pair have remembered to celebrate each year that’s passed and that the man, who heroically saved the day, has a lot of sunny days ahead 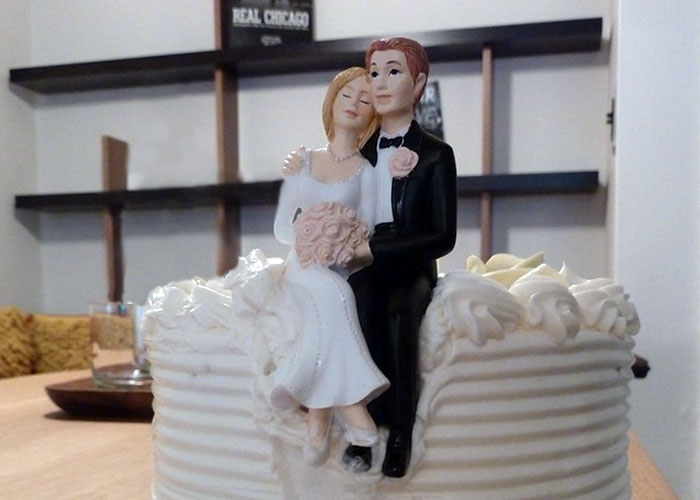 One of those techniques is visual association. According to Memory Improvement Tips, there are three stages to remembering things better: Using “substitute words” to break down concepts, using the imagination to create vivid mental images of the ideas, and mentally associating the visual images you created with each other. How would that look in practice, you ask? Well, most of us can recognize Italy on a map, because we’ve long associated it with the shape of a boot.

If the date of your anniversary is May 4, 1985, you could try to break down the numbers to see if there’s anything you would associate with them. For any Star Wars fans, ‘may the force be with you’ could be a fun little association, with 1985 being only 15 years away from the year 2000. These will be specific to each person, but if you’d like to know more about these techniques, I will leave the link here.

Once more, I encourage you to leave your thoughts in the comments. Have you ever forgotten an important occasion? I look forward to reading your stories and I wish you all a happy and fun day!

People have shared their own experiences and good deeds, praising the man for what he did. Leave your thoughts in the comments! 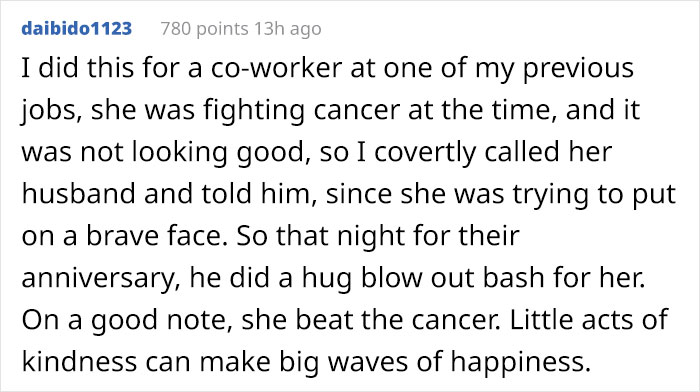 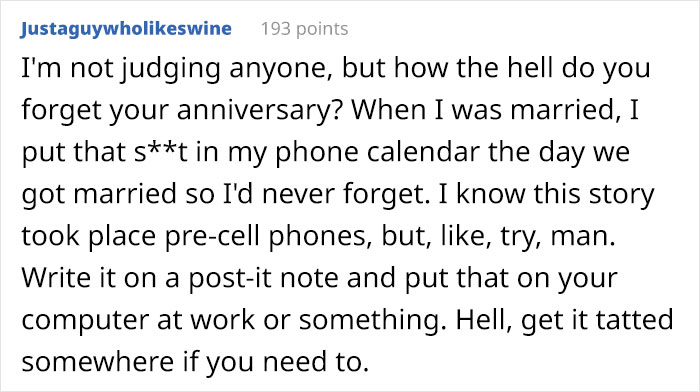 The post Man’s Secret Plan Of Reminding Coworker’s Husband Of Their Wedding Anniversary Warms The Hearts Of 171k People In This Online Group first appeared on Bored Panda.