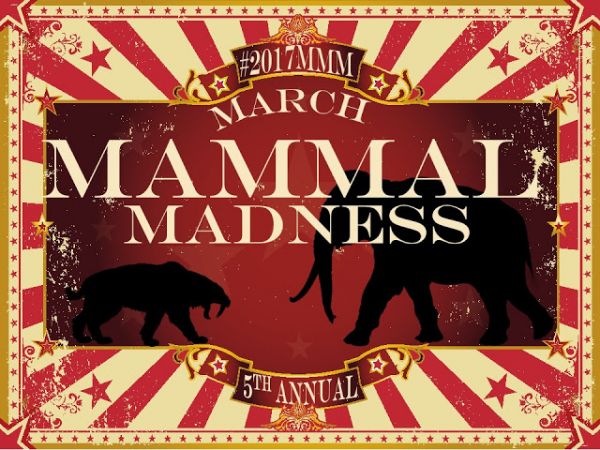 The online tournament March Mammal Madness is now in its fifth year, and more popular than ever. The bracket started with 64 mammals of all types, and they are matched up against each other in a simulated battle that depends on the habits and skills of real-life animals, as described by scientists who study them, with the luck of the draw thrown in by the roll of a dice. The higher-ranked animal gets the home court advantage in earlier rounds, which can get weird when, say, an armadillo battles a leopard seal. And sometimes the result comes from completely out of left field.

This year, guest narrator and biologist Dr. Danielle Lee tweeted a battle involving her own research subject: the African giant pouched-rat, native to Tanzania. Lee narrated the second round match-up between her pouched-rat and the maned wolf in the cerrado (tropical savannah) of central Brazil. With no tree or burrow to hide in, the pouched-rat was easily tracked by the wolf, which it couldn’t outrun. At least that’s what Lee tweeted, but that’s not what actually happened. Before concluding the battle, Lee revealed that the pouched-rat hadn’t actually shown up for the fight because Tanzania recently banned the export of live animals.

An article at Gizmodo explains how the tournament works. The tournament has been going on for a while; the final four will do battle Monday and the championship bout is Wednesday, with all the action on Twitter. You can check out previous matchups at March Mammal Madness’ Twitter feed, like the matchup between a short-faced bear and a group of Neanderthals.

.@MarcKissel Some posit Neandertals weren’t great at “kill at a distance” like humans #2017MMMhttps://t.co/boM7uPPBFYpic.twitter.com/CDr1ochc6P

Sad to say, the bear advanced to the final four. You can follow discussion about the matchups with the hashtag 2017MMM, and learn more about the tournament at March Mammal Madness.