She may not have a Michelin star or a bestselling cookbook, but your mom cooks better than anyone else. Period. No question about it. She meticulously prepares each meal with love and devotion, nourishing your body and soul and sparking your culinary curiosity. You hope she passed those honed skills and time-honored recipes down to you, but something is missing no matter how hard you try to replicate them. Sure, it’s good, but it never tastes like mom’s.

However, things can get complicated once a spouse comes into the picture. The loyalty you feel to the food that’s been a part of your life for many years makes it difficult to break the pattern. It can even lead to tensions and conflicts in your relationship. Something that one Redditor knows from personal experience.

As the woman detailed in her AITA confession, her husband only eats his mom’s cooking and keeps turning down every meal she tries to prepare for him: “No thanks, I prefer mom’s food”. Feeling frustrated with this behavior, she decided to trick him into trying out her own version of the meal. But guess if the man was happy? Scroll down to read the full story and the responses where readers determine if she did anything wrong. Then be sure to let us know what you think of the whole ordeal in the comments!

After feeling frustrated with her husband rejecting every meal she makes, this woman tricked him into thinking her cooking was actually his mother’s 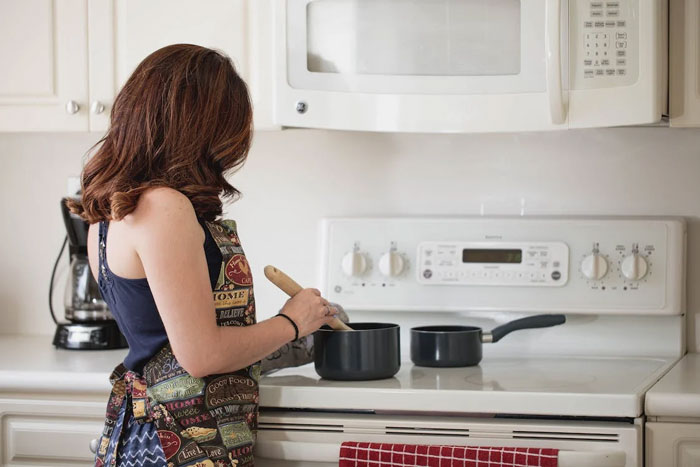 Image credits: Live on Shot (not the actual photo)

Unsure of what to think of his reaction, she reached out to the internet for advice 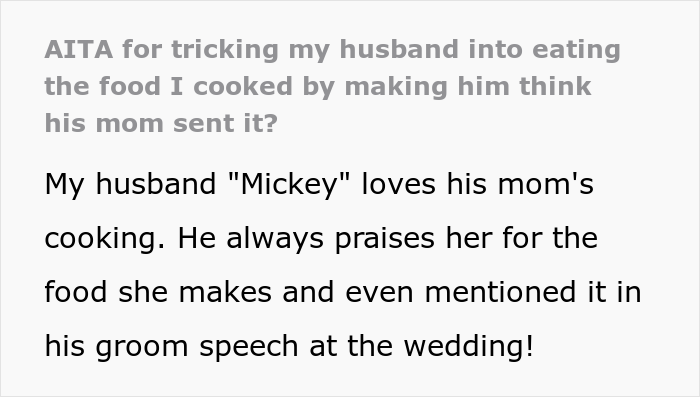 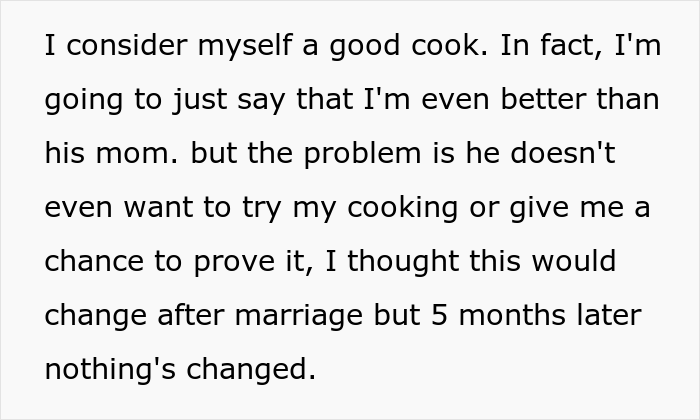 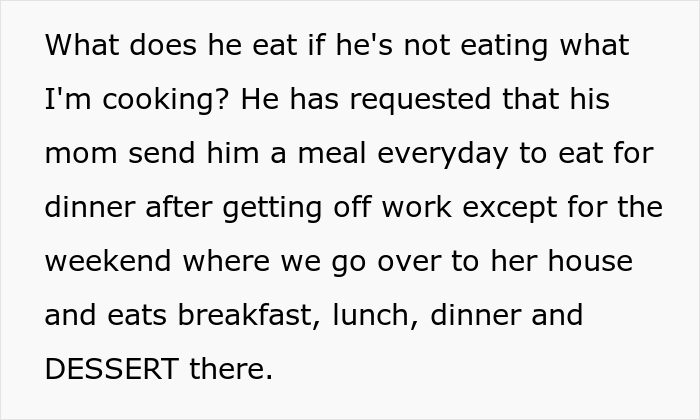 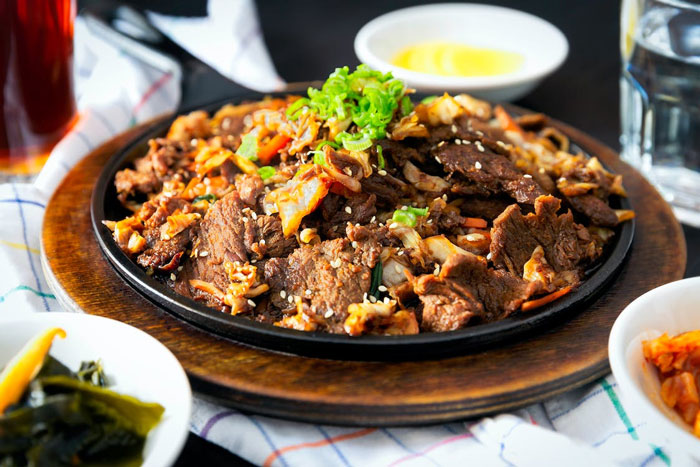 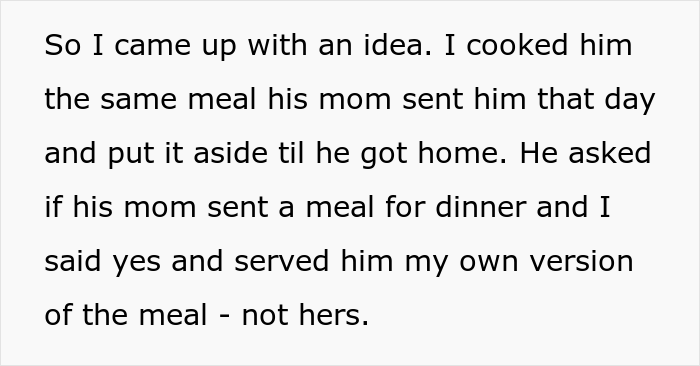 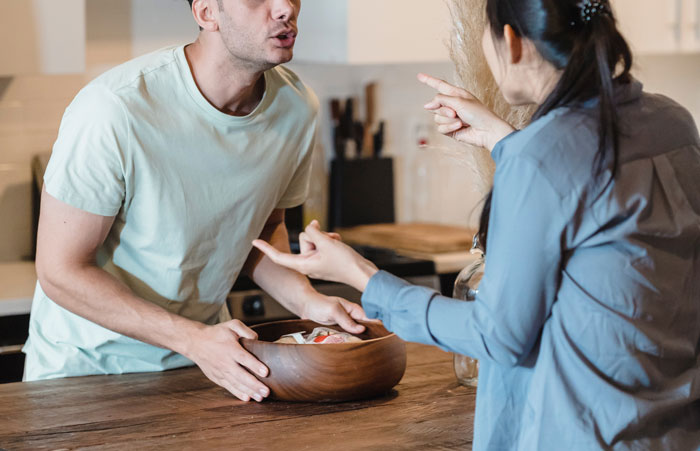 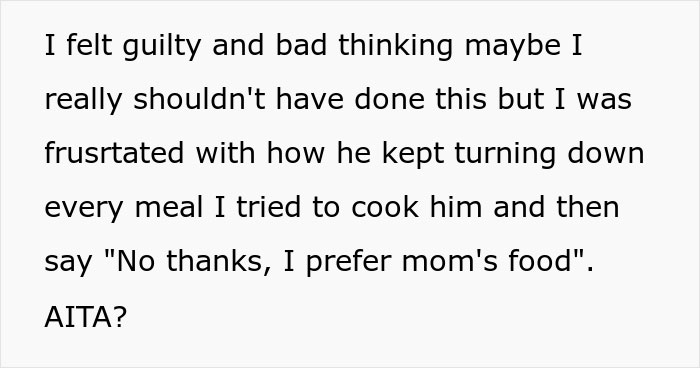 Some readers have sided with the wife, reassuring her that she’s not in the wrong in this situation 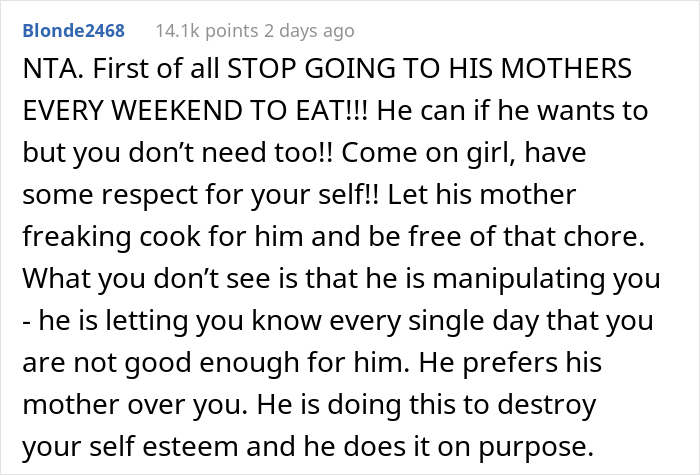 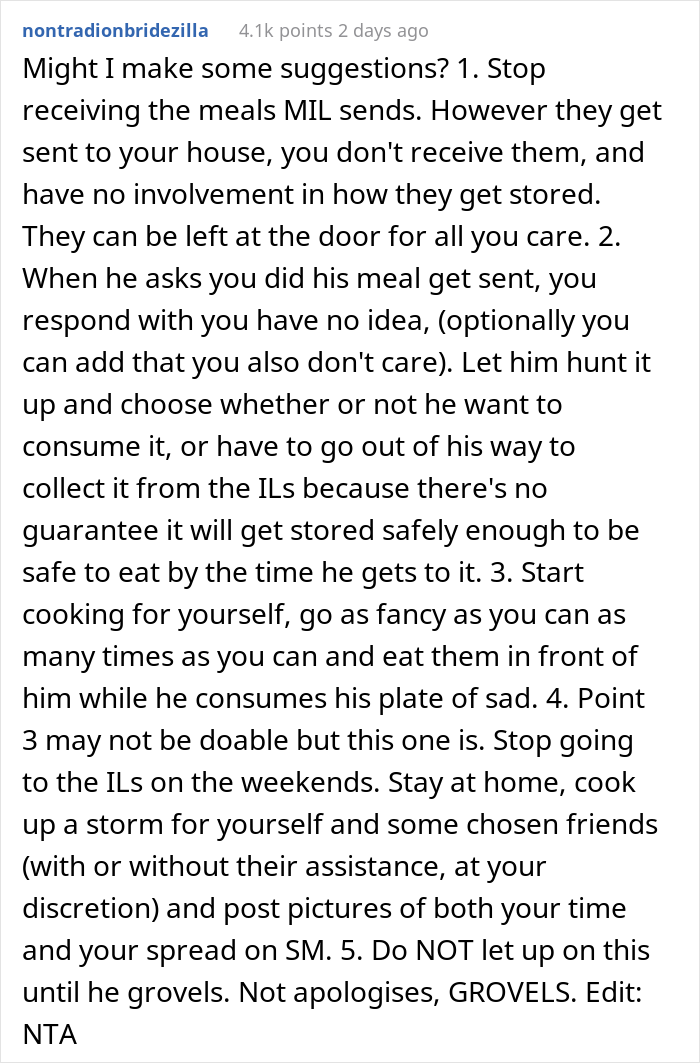 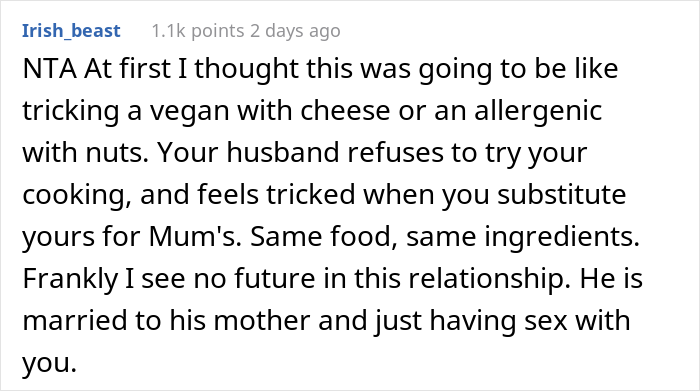 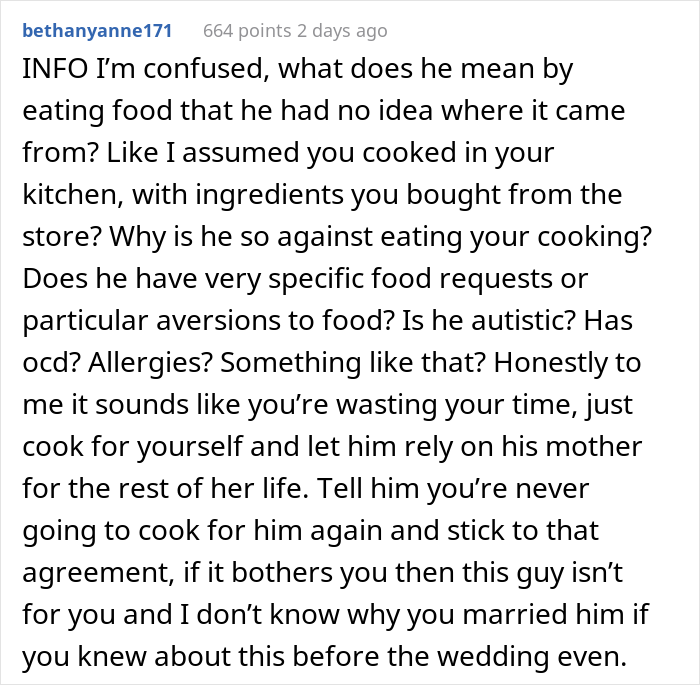 And others expressed that both parties were at fault, here’s what they had to say

The post Marital Drama Ensues After Husband Finds Out Wife Tricked Him Into Eating Her Food By Saying It Was Sent By His Mom first appeared on Bored Panda.