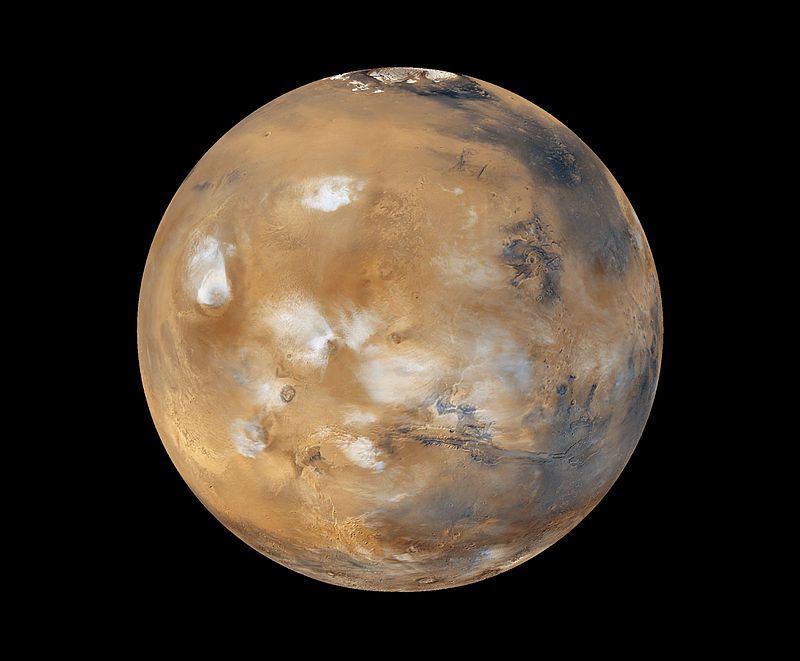 There’s still some water on Mars, apparently! According to a new NASA-backed study, a significant portion of Mars’ moisture is trapped in its crust. Caltech PhD candidate Eva Scheller, the lead author of the study, looked at models that quantified the amount of water on Mars over time, as CNET details:

They found that the atmospheric escape theory could not completely account for conditions seen today above and below the surface of our neighboring world.

“Atmospheric escape clearly had a role in water loss, but findings from the last decade of Mars missions have pointed to the fact that there was this huge reservoir of ancient hydrated minerals whose formation certainly decreased water availability over time,” explains Bethany Ehlmann, CalTech professor of planetary science.

When water and rock interact, a chemical weathering process can occur that creates materials such as clays that contain water within their mineral structure. This process happens on Earth, but the geological cycle eventually sends moisture trapped in rocks back into the atmosphere via volcanism. Mars, however, appears to have very little if any volcanic activity, leaving all that water stuck in the crust.

“All of this water was sequestered fairly early on, and then never cycled back out,” Scheller says.