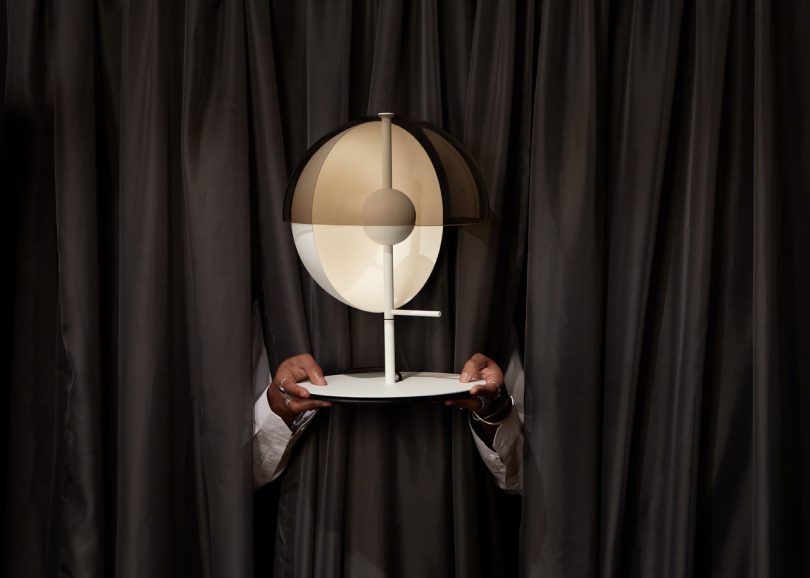 When it came time to release Marset’s Theia table lamp, they invited emerging artists – Sonia Rentsch (set designer) and Robin Stein (photographer) – as part of their Young Talents initiative to shoot the new campaign for them. The lamp, designed by Mathias Hahn, was shot in an abstract space with simple curtains and draped fabrics. Punctuated by random human limbs that create “movement, tension, and harmony with every gesture,” the shots reflect the lamp’s own shape-shifting abilities. 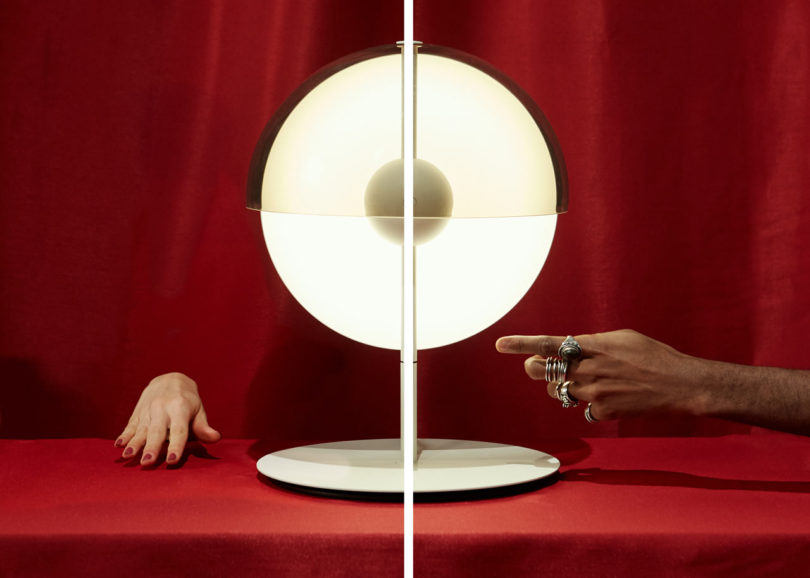 The Theia lamp displays both light and shadow with the help of two half spheres that rotate and intersect as light is emitted, reflected, and absorbed. 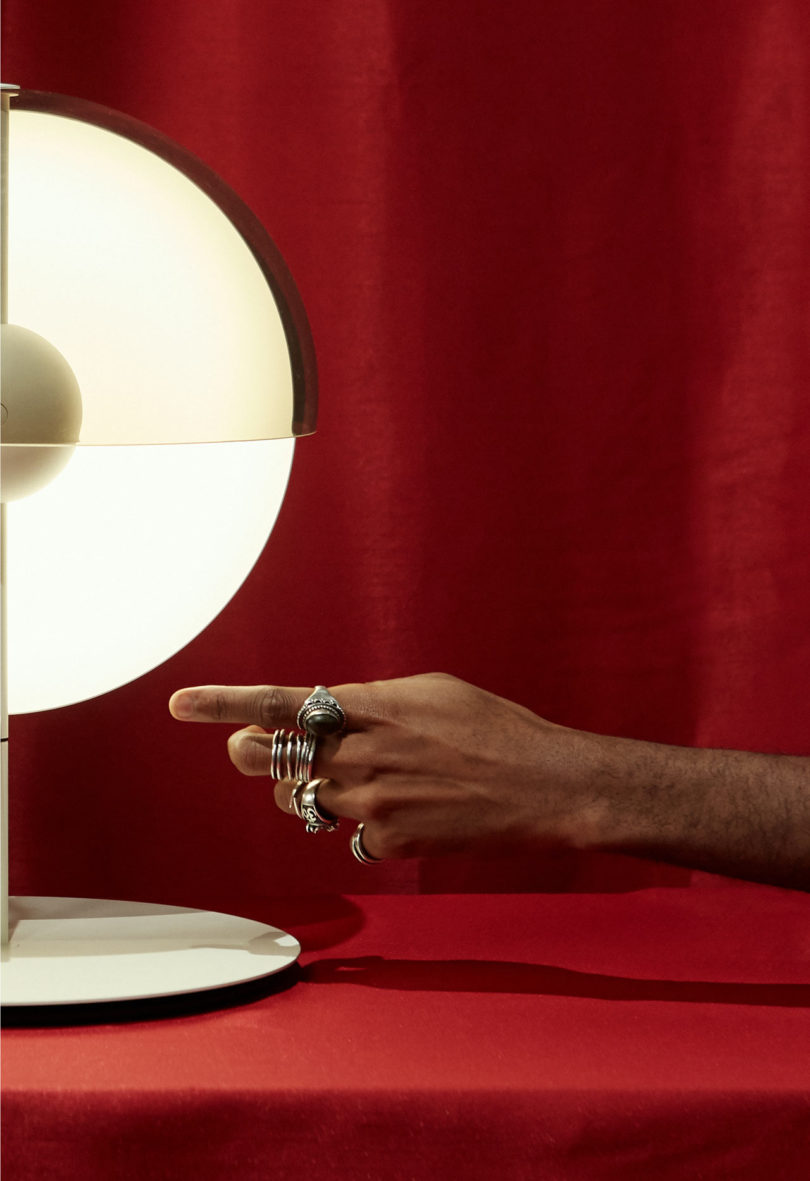 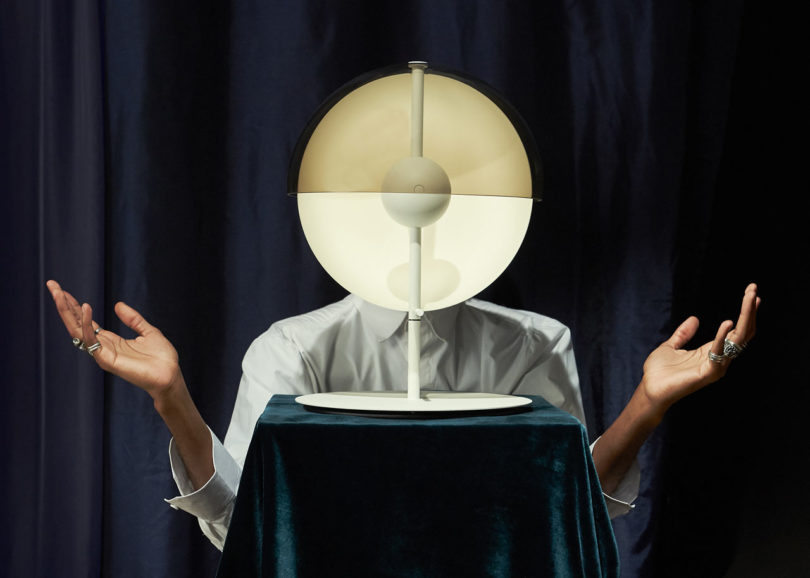 “The Greek goddess of the sun, the moon and the dawn. Illustrating her changing faces through the use of expressive human hands we envisioned the possibility that Theia come to life – limbs extending from drapery with an imagined body beyond,” says Sonia Rentsch, set designer. “Balancing both sun and moon we incorporated both white and black palms as versions of night and day – the merging of both light and shadow into one personality.” 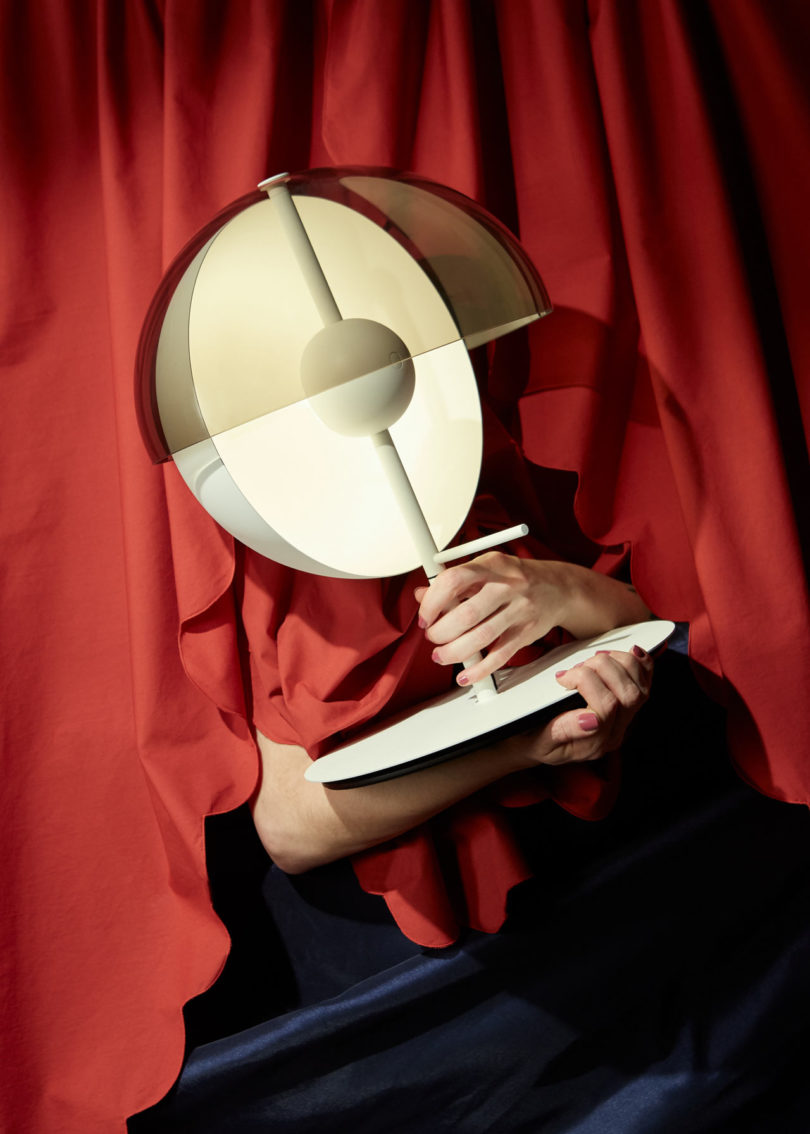 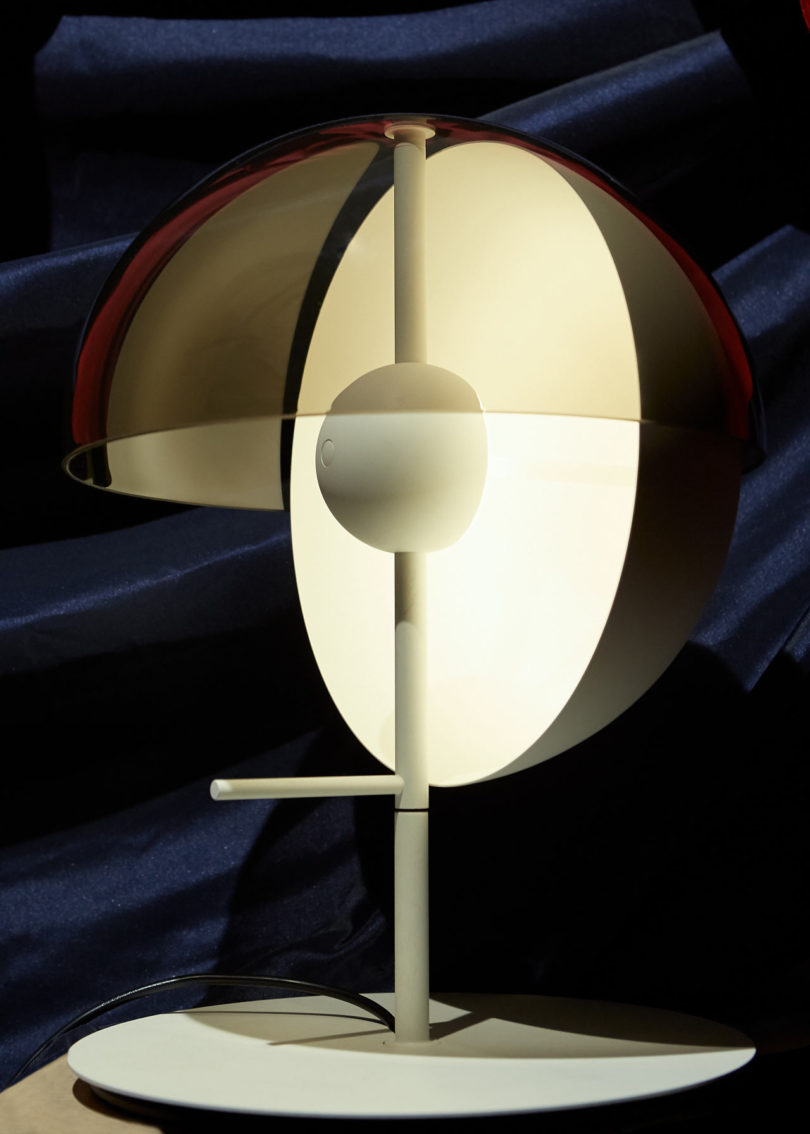 I think what’s powerful about working in a visual medium like photography or design is that storytelling can take on more ambiguous, interpretive and nuanced forms than it can in many written or more literal formats. I think this allows a development of stories in an intuitive and non-linear way – I think that allows you to get at some ideas that exist in a less tangible realm – they exist in a sort of grey area of meaning and non-linear narratives. 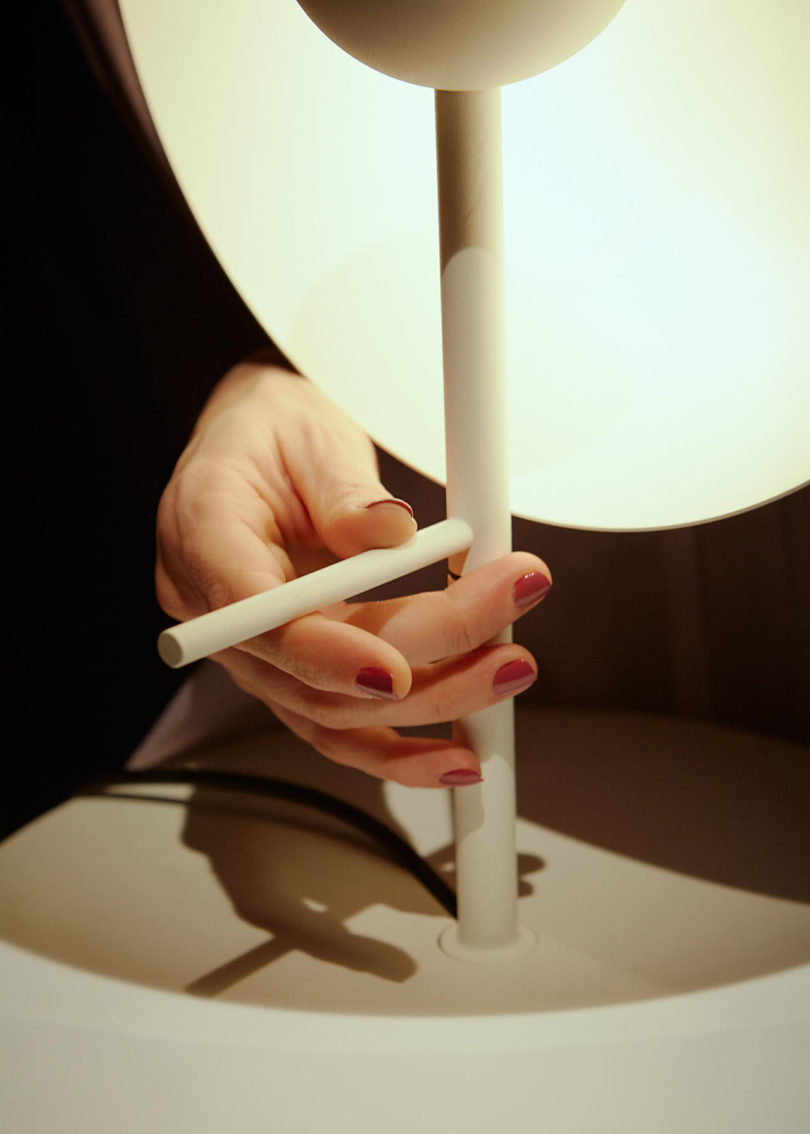 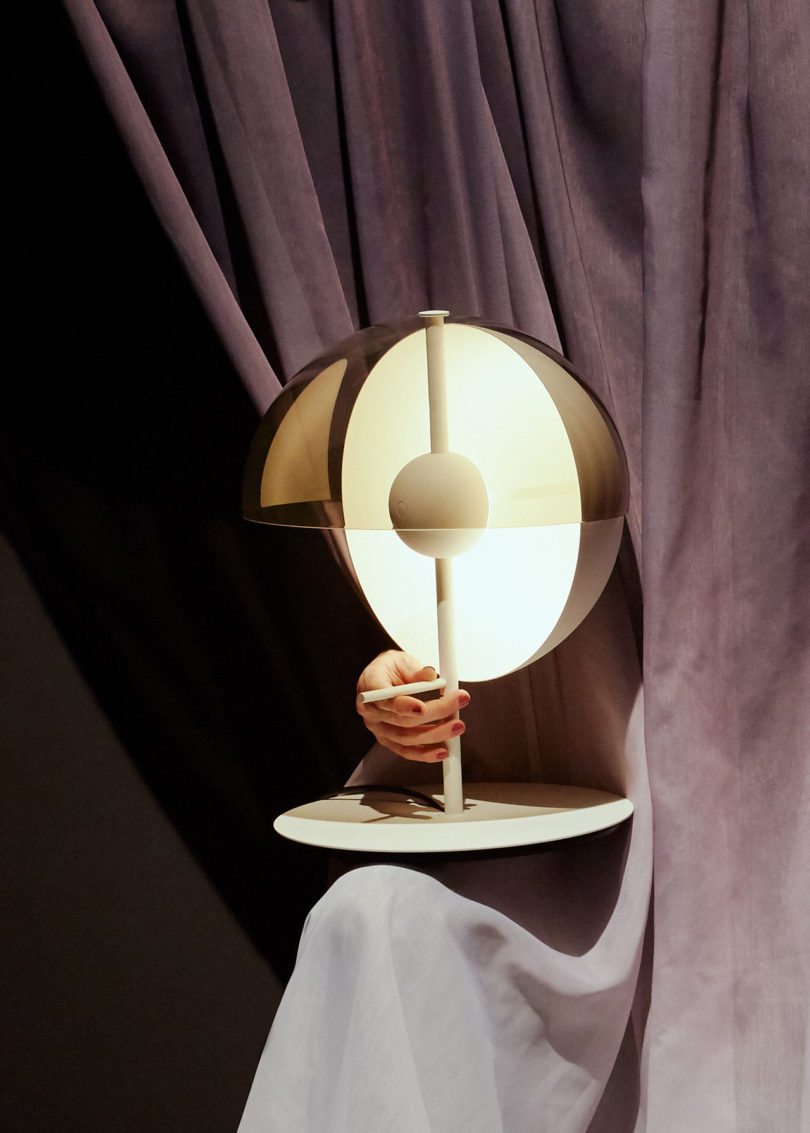