In 2014, 45 artists out of a thousand were chosen to have their work showcased in the Crystal Bridges Museum of American Art in Bentonville, Arkansas, but the exhibition has since moved to Nashville, Tennessee where Chief Curator, Mark Scala, has reorganized the exhibit to embolden us to think about issues that we might not ponder.

At the Frist Center for the Visual Arts, State of the Art: Discovering American Art Now, creates a powerful synopsis of what American artists are exploring in today’s world. Scala tells Creators that the first section of the exhibit, “American Hearts,” is designed to challenge us to think about our impact on the environment. From Pam Longobardi‘s Ghost of Consumption, where Longobardi has organized trash found on the seashore to create a composition akin to Piet Mondrian‘s work, to Adonna Khare‘s Rhinos, where the subject matter is one of earth’s toughest creatures being thrown into a vortex of water, its skin chipped away, its nose broken, the collection causes us to pause and reflect on humans’ culpability to the demise of our planet. 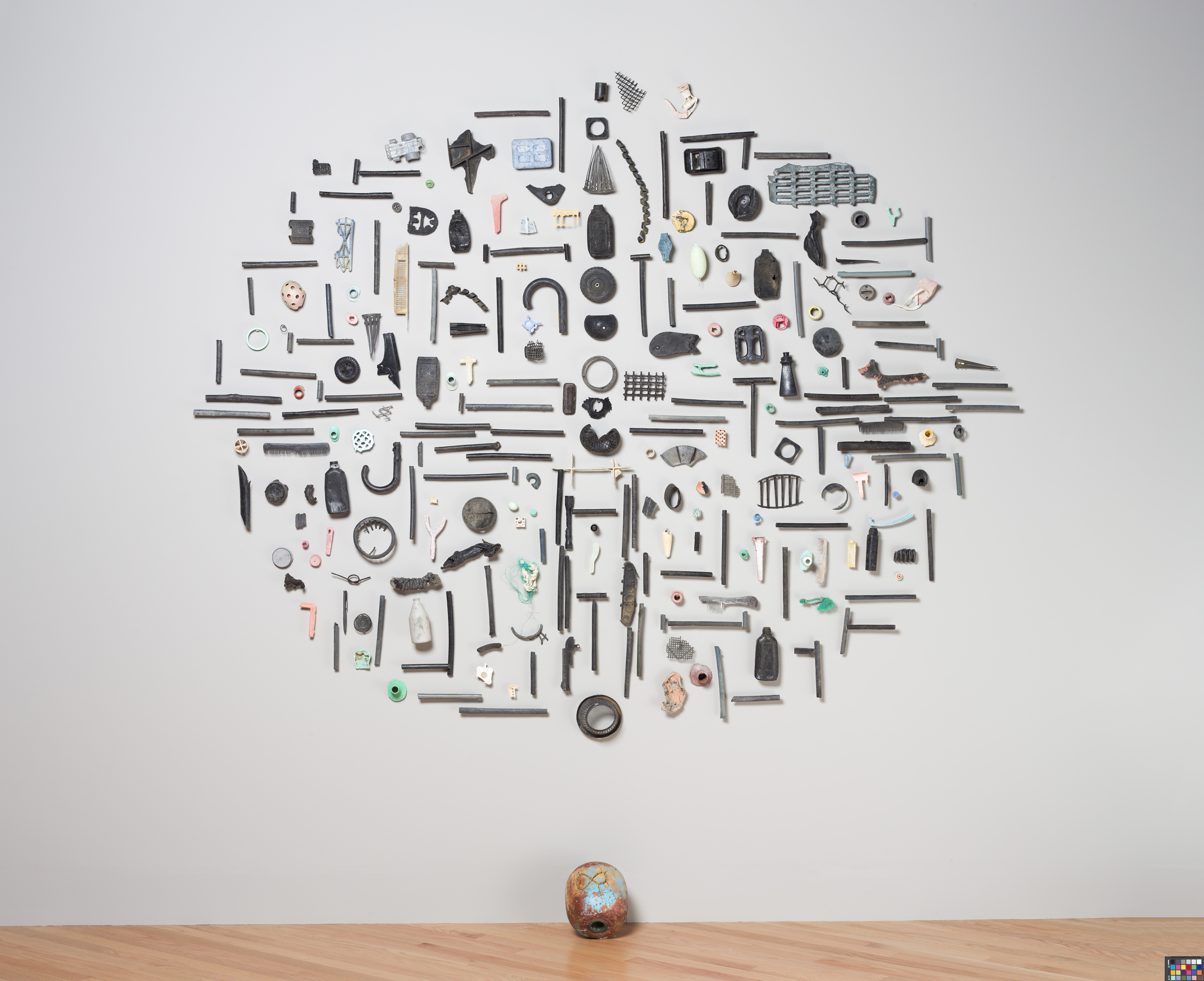 “With Ghost of Consumption, the theme is to encourage people to consider our impact on the oceans,” Scala says. “It’s relevant now more than ever as people deny the impact of humanity on the world. With Rhinos, there’s an underlying sensation of unease, especially with the natural world. The rhinoceros sinks into a whirlpool as ships go down with him. The theme is constant—what we gain from the natural world, spiritually and physically, aligns with the damage we create.” 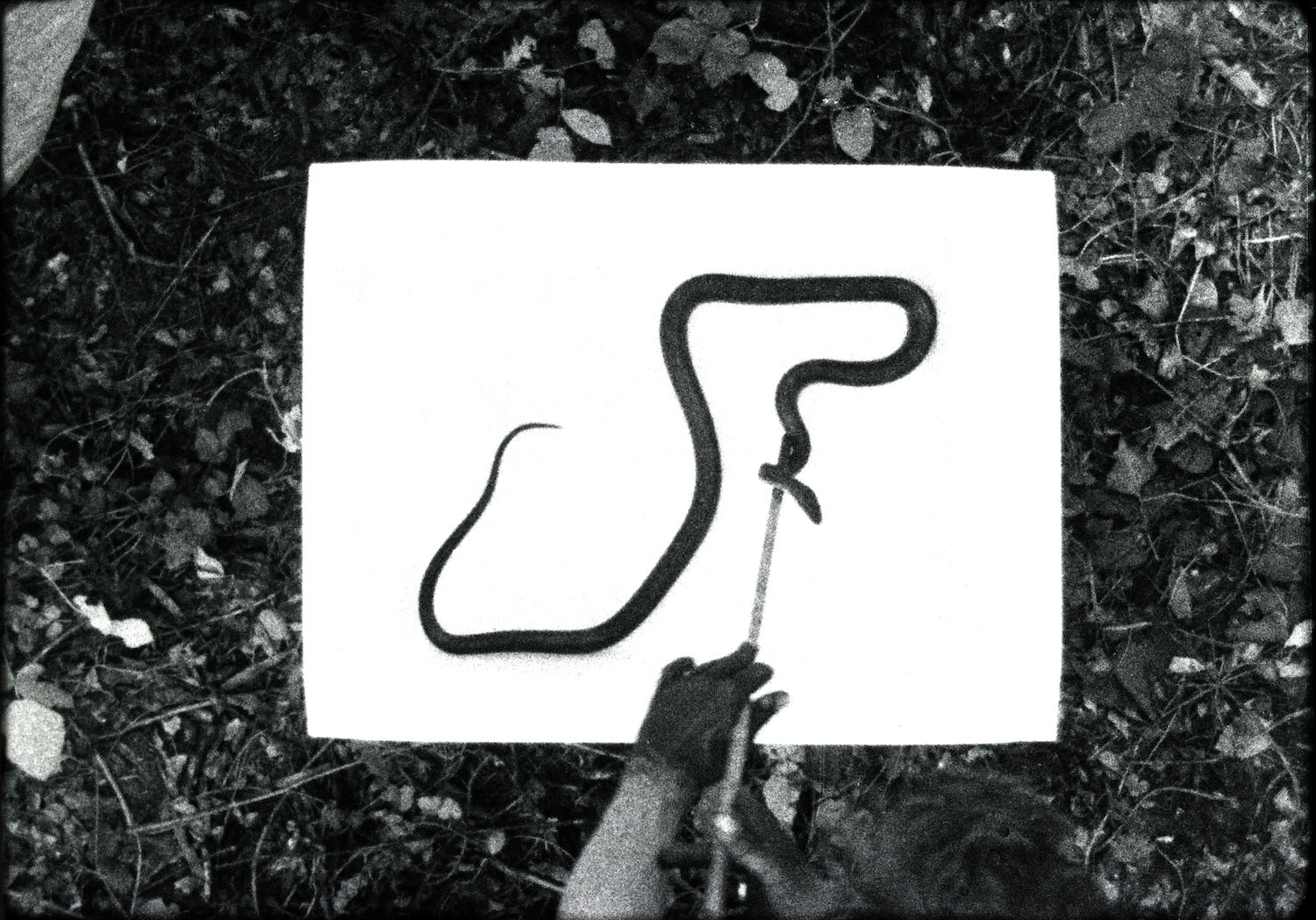 “American Hearts” blends into the next section, “American Anxiety,” where Bob Trotman‘s Shaker forces us to take note of the callous businessman, his face carved with determination, ready to take your money, his corrupt nature hiding beneath a façade of friendliness as he extends his hand to you. Scala tells Creators, “The power of the piece is that we all know this guy. He walks around the room with his arm out, ready to shake hands, but he is really inviting you into the system—one that is corrupt. The idea is that anything we thought might be settled, isn’t.”

This sense of anxiety moves into the next section of the exhibit with a focus on family and community. Artist Lenka Clayton‘s, The Distance I Can Be From My Son (Park, Back Alley, Supermarket), has charmed audiences as she films her son meandering away from her, leaving viewers intrigued as they relate to the dilemma of wanting to rescue your child or let him or her go.

“Clayton’s work encapsulates what it means to be a parent,” Scala says. “You want a child to be curious, to explore, but at the same time, you want to protect them. She has reached across all of the boundaries that everybody can understand.” 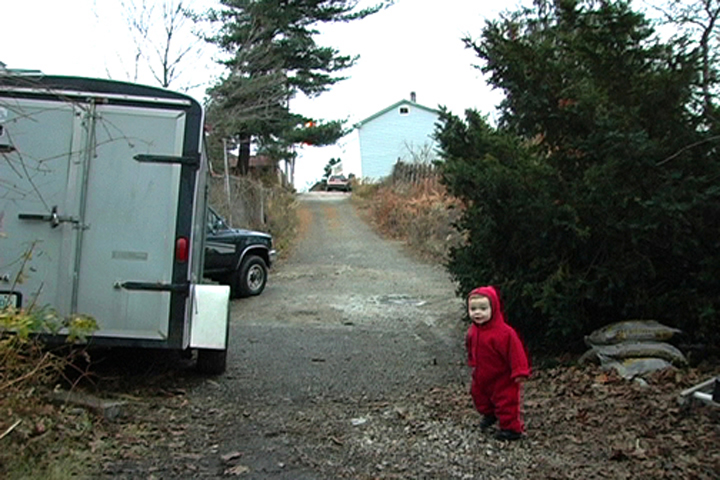 Lenka Clayton (b. 1977). The Distance I Can Be From My Son (Park, Back Alley, Supermarket), 2013. Video. Duration: 3 minutes, 58 seconds. Courtesy Crystal Bridges Museum of American Art, Bentonville, Arkansas. Photo: courtesy of the artist

Despite the broad collection of art that showcases hidden talent from across the country, in Scala’s eyes, the exhibit cannot ever be entirely complete. Yet, it tries hard, and in it, we have as close as it gets to what the museum calls a “national selfie.” 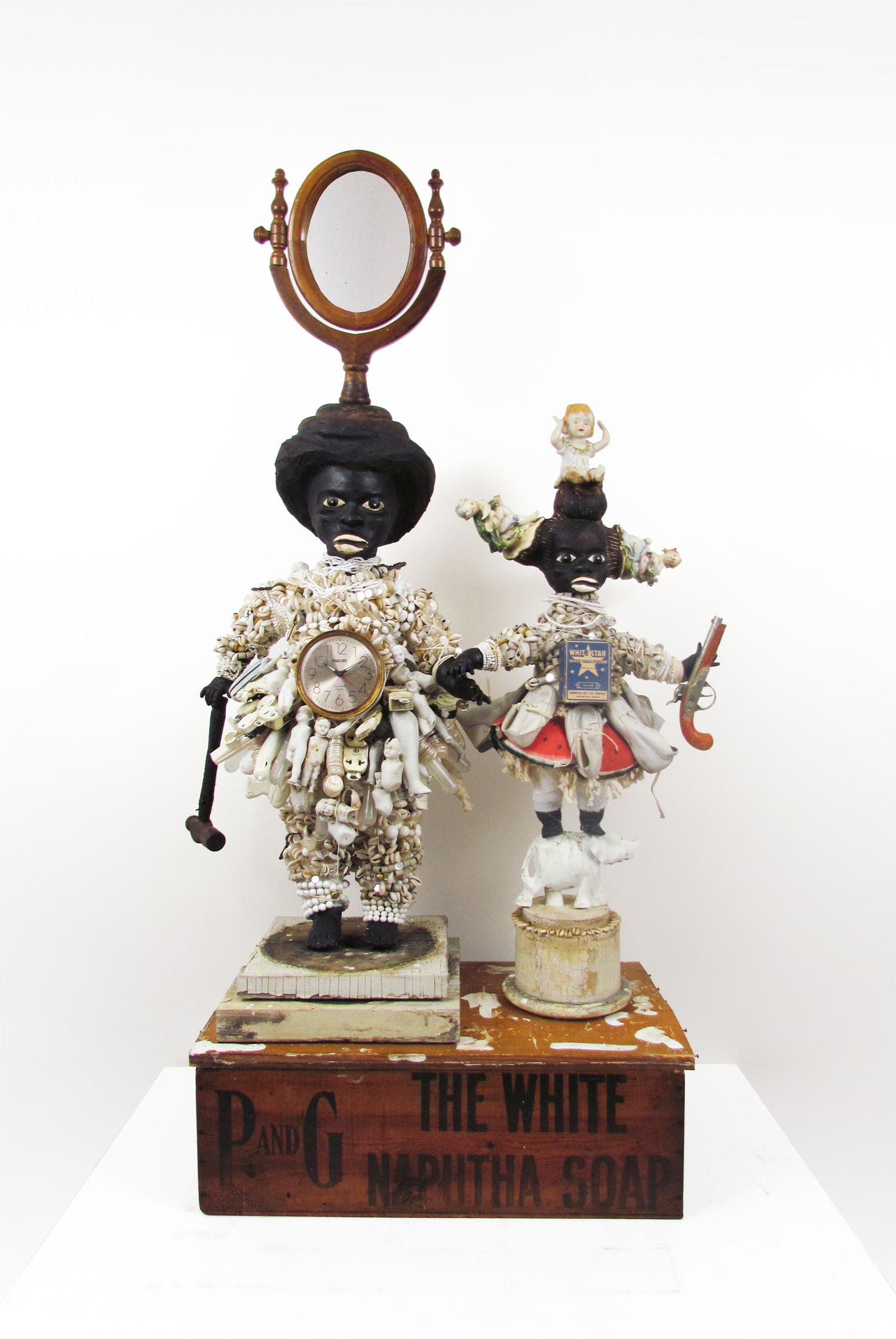 “There is no way any exhibition can do justice to the art of an entire country,” Scala says. “But it says you can be an artist anywhere and make meaningful work, and these artists are creating a dialogue within their community. They’re using art to create meaning for others.”

The exhibit is scheduled to run through September 10th, 2017. Find out more information here.

A Curator Gives Us the Lowdown on Art in the South

Nashville’s Most Expensive Public Art Rises from the Ground Up