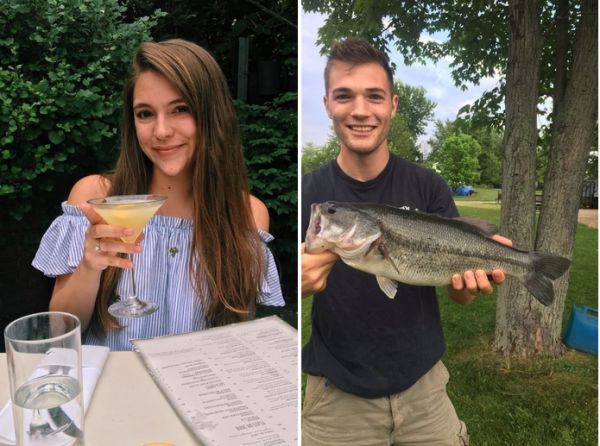 Michelle Arendas and Josh Avsec are both students at Kent State University and were matched on Tinder. He sent her a message. She responded two months later with a lame excuse that her phone was dead. Two months later, he responded with the excuse that he was in the shower. A month later, she continued the joke. What’s funny is that the conversation started in 2014 and they still haven’t met each other!

Hahahaha one day I’m going to meet this girl and it’s going to be epic. Look at the dates of our tinder texts. pic.twitter.com/DASQK4c5cX

Last week, Avsec shared the story on Twitter, and it went viral. People started following them, hoping the two would get together before they graduate, as they are both seniors now. Tinder stepped in to move things along.

It’s time you got together IRL. You have 24 hrs to decide the city you want to have your first date in and we’ll send you there! @mch_rndhttps://t.co/7r2JQtcxKC

This time, Arendas and Avsec didn’t put off the response. Despite living on the same campus already, they will meet each other in Maui. The city is ready to welcome them.

This is gonna be awesome! Count us in to help make this especially memorable. We’re in talks with @tinder now. @wes_03@mch_rnd@BuzzFeedpic.twitter.com/NgPapHASAd

Read more about the story at Buzzfeed.