Sitting squarely in the middle of Berlin is a monstrous-looking building with façade of solid grey concrete, punctured by long ventilation turrets that sticks out in all direction like some sort of a beached battleship. This is Mäusebunker, or “Mouse Bunker”, a Brutalist former animal research laboratory that at some point held over 45,000 mice and 20,000 rats along with a variety of other rodents.

Officially the Central Animal Laboratory of the Free University of Berlin, the Mäusebunker was completed in 1981 as part of the Institute for Hygiene and Microbiology. It’s connected to the latter via an underground tunnel. The sinister-looking building was designed by the husband-and-wife duo of Gerd and Magdalena Hänska. Construction of the bunker began in 1971, and would have been completed at least three years earlier if cost had not gone spiraling out of control. 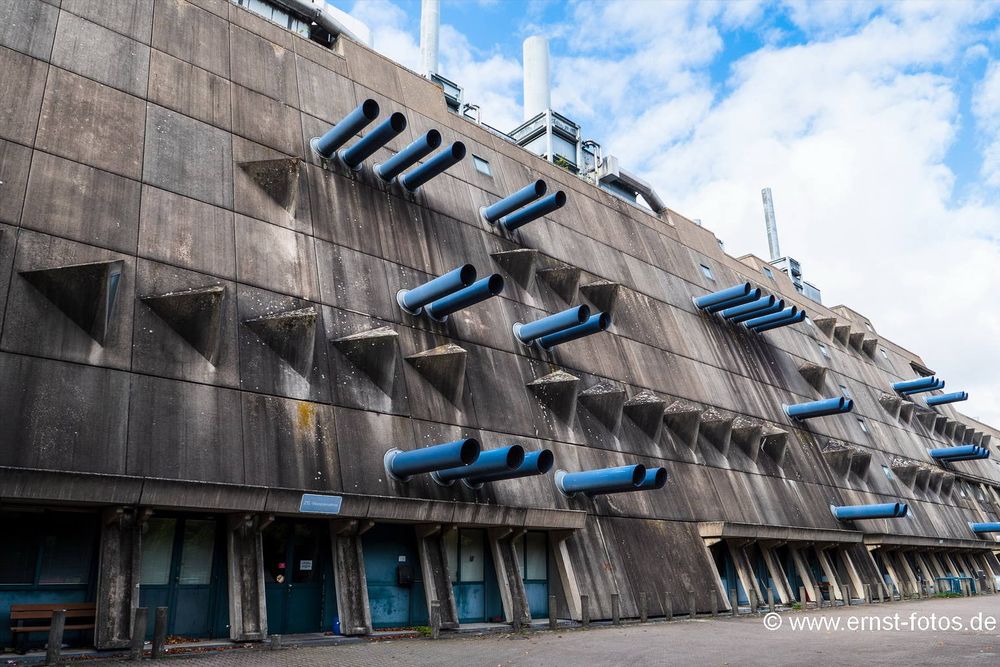