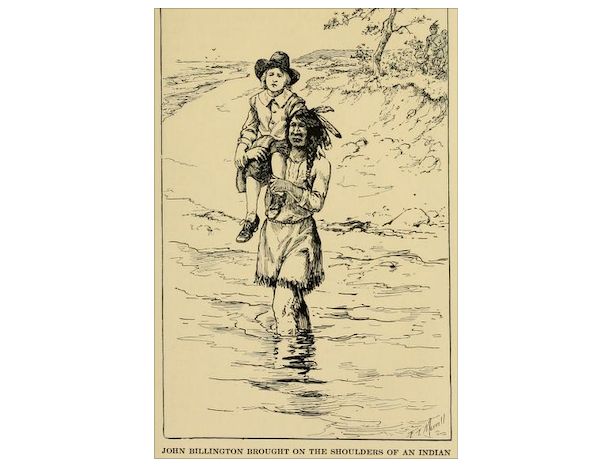 There were 33 children aboard the Mayflower when it sailed to America in 1620. Among those were John Billlington Jr. and his brother Francis. They were not good little Pilgrims, and archives of their rambunctiousness survives 400 years later. The ship hadn’t even arrived in Massachusetts when the scandalous behavior started. From a journal written by William Bradford and Edward Winslow:

“The fifth day [of December, 1620] we through God’s mercy escaped a great danger by the foolishness of a boy, one Francis of Billington’s sonnes, who in his father’s absence had got gun powder and shot off a piece [musket] or two and made squibs [small fireworks], and there being a fowling piece charged in his father’s cabbin, shot her off in the cabbin. There being a little barrell of [gun] powder halfe full scattered in and about the cabbin, the fire [discharge] being within foure foote of the bed [bunk] betweene decks and many flints and iron things about and so many people about the fire. And yet by God’s mercy no harme was done.”

But that was minor compared to his brother John, who later went missing in the woods. He was eventually rescued by Native Americans, which caused a diplomatic problem. And their parents? Also troublemakers. Read about the Billington family at Genealogy Bank. -via Strange Company