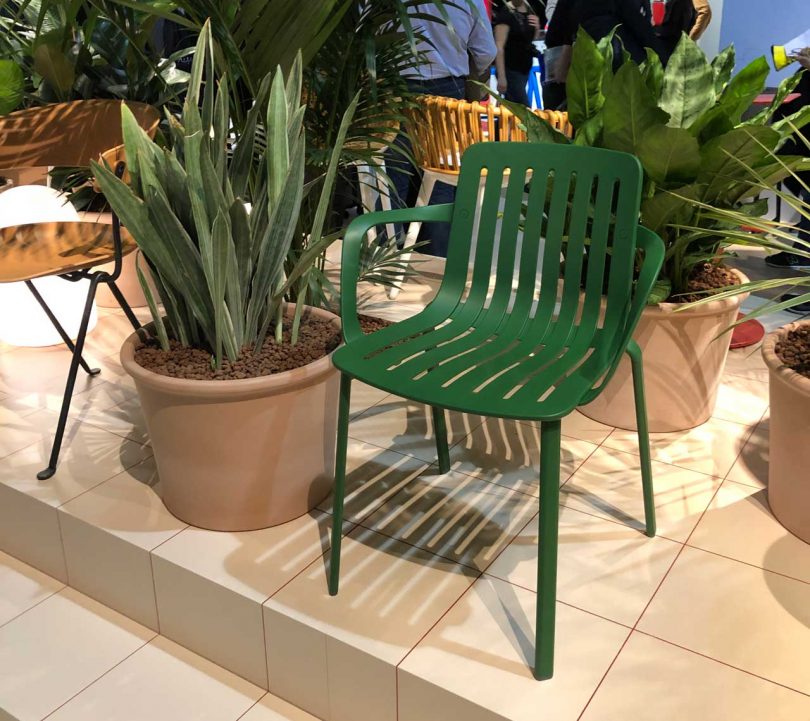 Michael Yarinsky is an architect and interior designer practicing in Brooklyn. He specializes in commercial, residential, retail and hospitality spaces for and in collaboration with a community of designers and artists. Aside from practice, Michael is the founder/curator for Cooler Gallery outside the Brooklyn Navy Yard, runs Design Field Trip with Ladies and Gentlemen Studio, and is a contributing writer for Design Milk.

On the occasion of the launch of his new chair with Magis in Milan, I had the great pleasure to sit down with Jasper Morrison to do a deep dive into some of the core ideas in his work and see where the conversation took us. 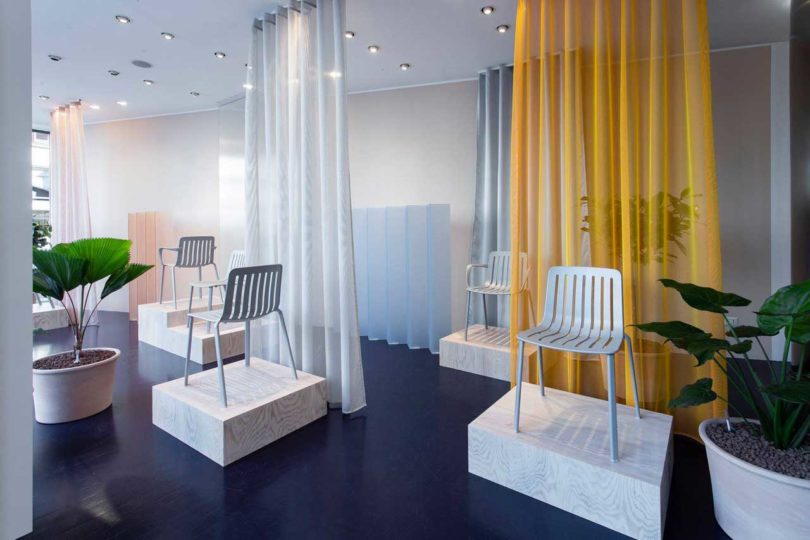 The Plato chair designed by Jasper Morrison is rigorous and minimalist, but also versatile and sturdy. Like with many of Morrison’s designs it is understated and with an inspiration from research and life experience. Specifically, the chair has a neoclassical inspiration. The name refers to one of the pillars of ancient philosophy – a balance between form and function, able to bring into harmony many types of living areas, both indoor and out.

Our discussion ranged from learning to see beauty in ordinary things, how objects can create atmosphere in space, the importance of people over all else, the significance of anonymous objects, and the role of the author in design focused on observation. 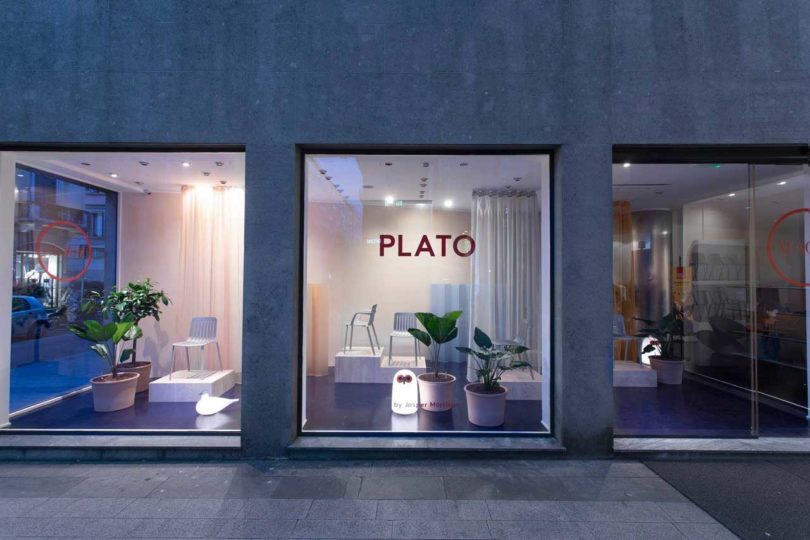 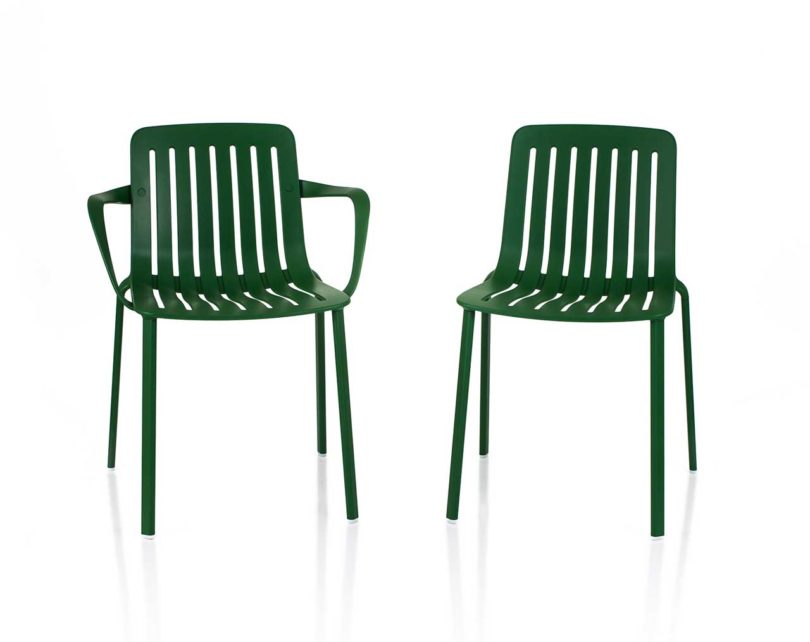 Could you speak about the significance of anonymous objects in your work?

Well, I’ve always been attracted to objects in general, whether they’re designed or anonymous, and spend a lot of time looking at them. And there was a moment, probably ten years or more ago, when I noticed that a lot of design objects were performing less well than their anonymous counterparts. And at that time I met up with Naoto Fukusawa who did this exhibition for Super Normal, which is all about that. Which is all about exploring why those objects were so strong and so successful, because it seemed to me that if designers were not getting it right and these anonymous objects were getting it right, that we must be missing something. So we chose a lot of objects, either anonymous or authored – but the authored ones had to meet the criteria of being successful objects in terms of creating good atmosphere, having long term prospects, in terms – either vision or physical, and it kind of came out that the more successful objects were the quieter ones, the less loud, the less fancy and flashy. And so that’s really stayed the Super Normal thing and also my interest in the atmosphere which objects bring to space is really the core of everything for me.

How do you think objects can bring atmosphere into space?

Well an example I quite like is – if you start with an empty room and you bring in different chairs, one by one, then there’s a measurable – hard to explain – but there’s definitely a measurable change of atmosphere. So that means that an object, a chair or anything, has quota of atmospheric potential that it can bring to a space. So as people fill spaces, the atmosphere develops according to their selection.

That is a very interesting point to me – being able to measure atmosphere through let’s call it and empathic process of thoughtful analysis. Can you dig into that a bit?

I think it’s driven by people’s feeling about object – which objects appeal to them. The best interiors are carefully selected. Well first of all, there’s the architectural – the atmosphere that the space has empty, which is also a factor. From that point on, it’s according to the skill of the selector of the objects in the room.

You have spoken in the past about certain design movements in the past trying to leapfrog the consumer and go straight to galleries – Can you talk about why that’s not beneficial?

Why would one do that? What if you’re an architect just built monuments that no one lived in. It’s sort of missing the point. There’s no question about it. It can be a very powerful expression of something creative, movements like Memphis, but it was not something very helpful for everyday life.

Can you talk a little about how you learned to appreciate the beauty in ordinary things, and shoo away visual pollution in your life and work?

When I started as a designer, i was already quite keen on taking photos, and that was really the best training or the most important training I had for being a designer. If you wander around with a camera, even if there’s any point to it, you’re going to be looking at everything around you and trying to line up interesting images and combinations of things and light and you’re looking at atmosphere and you’re looking at the individual objects what they do in their situations. So learning to look at everything is at the core of design as a professional process. The more you look at the things, the more you start, as a designer, start to evaluate whether they are successful or not successful. The more you get to these, to understanding that the simpler objects, very often are closer to achieving what objects should achieve. That sort of simplification is the most sophisticated. There are plenty of designers who may disagree with that, but it’s my conclusion.

What’s your position on the authorship of the designer? How much is life experience and listening and seeing?

I’m very opportunistic. I tend to get inspiration from my surroundings and it can be – well usually it’s slightly subconscious. If I have to design something, like a fork, cutlery, the starting point is sort of a vague memory of all the cutlery I’ve ever used. In that way observation is at the core of my process and in some ways the design for me is the sensitivity to what is working in an object. These beautiful moments are then translated into new objects.