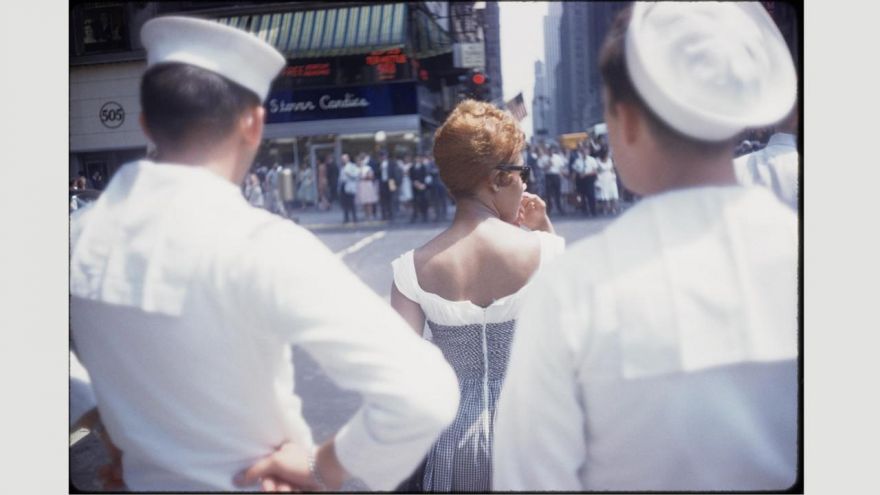 A new summer exhibition in Brooklyn Museum aims to show another side of Garry Winogrand, the photographer regarded as the godfather of street photography. With his black-and-white frames of urban America in the 60s and 70s, and images that seem kinetic, frighteningly alive – the museum aims to show a more intimate, sentimental side of Winogrand:

The purpose of the Brooklyn Museum’s summer exhibition is to show us a different side to Winogrand – more intimate, perhaps more sentimental. It brings together 450 images, most of which have never been seen in public before.

Known as a photographer who snaps the shutter of his camera continuously , with more photos in his archive that remains unreleased into the world – the exhibit is another side of the photographer that no one knew existed:

Susan Kismaric, a veteran curator and writer who knew Winogrand well, compares seeing the colour work to discovering a new period to Picasso’s life that no one fully realised was there. “There’s this aspect of his work that we didn’t know existed, really,” she tells me. “And this stuff deserves to be looked at.”