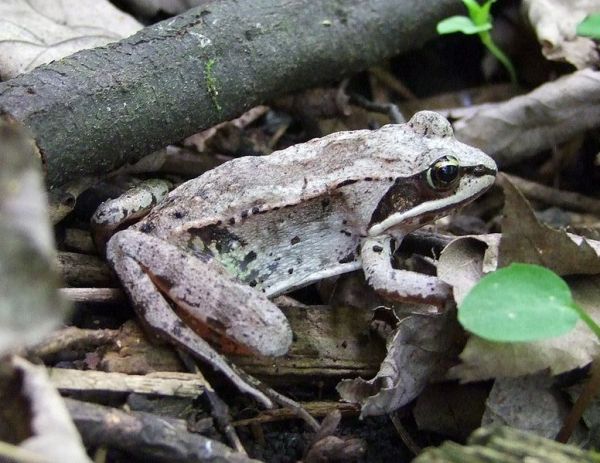 Scientists have long known of insects that can survive being frozen and come back to life when thawed. Strangely, other animals do this, too, including some species of snakes, turtles, lizards, and frogs. These are unique species that have adapted to changing conditions and therefore can live in wider range of climates.

While a scientific understanding of freeze tolerance in insects was first achieved in the 1930s, it wasn’t until 1982 that scientists discovered it also exists in vertebrates—wood frogs in particular, a far-reaching North American species that can be found from the forests of Georgia to just within the Arctic Circle in Alaska.

“It was a huge breakthrough because until that time, it was assumed that vertebrate animals could not survive freezing,” says Jon Costanzo, professor emeritus at Miami University in Ohio, who got interested in cold-temperature adaptations after stumbling across a den of wintering snakes (known as a hibernaculum) while he was a graduate student in Wisconsin.

Wood frogs can survive temperatures as low as -4 degrees Fahrenheit, the coldest temperature that any freeze-tolerant species is known to withstand, he says. (A Siberian salamander was reported decades ago to have survived -22 degrees, he adds, but the report is unconfirmed.)

Read about the weird methods animals have developed to protect themselves from the damage of freezing at Atlas Obscura.