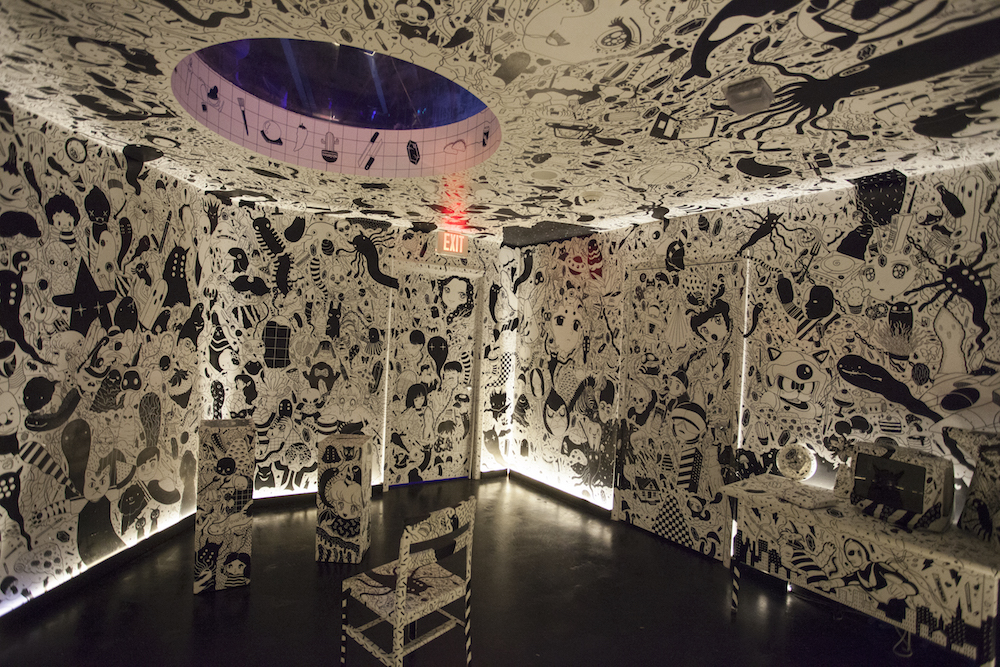 An installation art empire is growing in the Southwest. Instagram is full of images of technicolor tree trunks, interdimensional fridges, and glow-in-the-dark dinosaur skeletons found within Santa Fe, NM selfie kingdom The House of Eternal Return. Now, the arts collective behind it is expanding deeper into the heart of America.

Meow Wolf, named by members who pulled the two words from a hat at random, made waves last year when it announced that A Song of Ice and Fire author George R.R. Martin helped them repurpose a former bowling alley into the 25,000 sq. ft. immersive funhouse. Now, members Brian Solomon and Maggie Thornton explain how they’re expanding Santa Fe style into other parts of the country and into the digital realm.

Within Santa Fe’s art scene, Meow Wolf has become an influential force over the past few years. It supports alumni from both of the city’s major creative schools, St. John’s College and the Santa Fe University of Art and Design, as well as immigrants from other parts of the country. They’ve cultivated an environment where members constantly learn the skills needed to realize their ideas, and their installations are always accessible, regardless of a viewer’s art education. “We’ve found universal principles in our artwork that people really connect to,” Thornton tells The Creators Project. 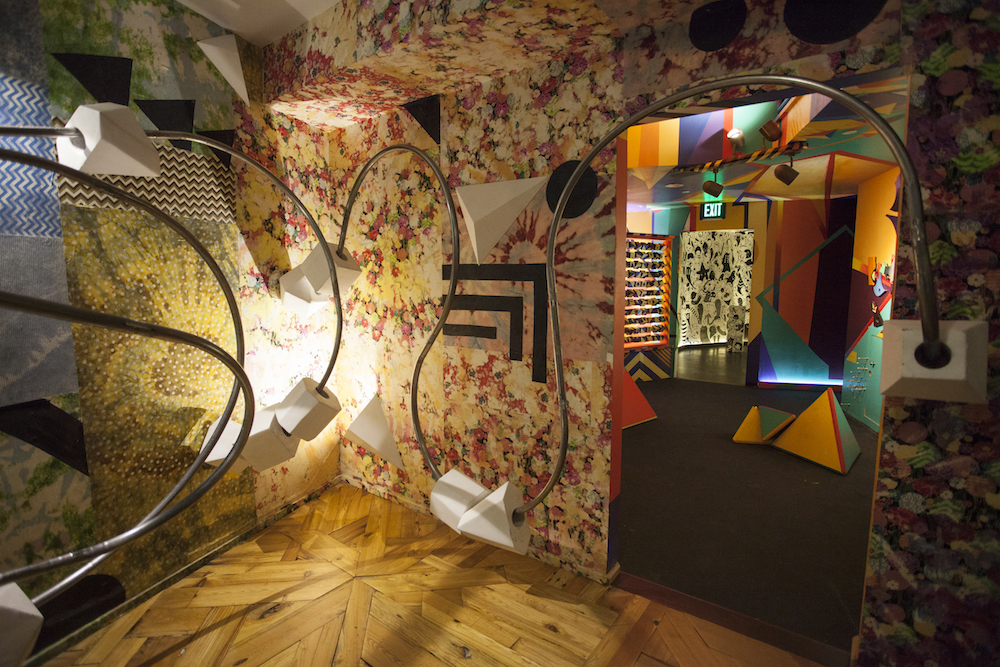 The New Mexico city is one of the largest art markets in the country, and the Meow Wolf complex offers a glimpse into its photogenic potential future. “Santa Fe’s art is becoming really friendly, really colorful. And it doesn’t always have a specific meaning — I’m not seeing a lot of landscapes right now,” Thornton reports. Solomon adds that there’s a city-wide push for the collective to foster new media art. “We’re starting to spice things up a bit,” he says. In addition to Meow Wolf, other collectives such as John McKissick’s Radical Abacus and organizations like the Currents New Media Festival continue to push Santa Fe’s boundaries. “Galleries that have been around forever that usually stick to staples are migrating toward techie, cool, new media shows. It’s cool to see things changing where you live.”

In terms of square footage, The House of Eternal Return is among the boldest examples of Santa Fe’s new direction. Installing over a dozen unique, immersive artworks took Meow Wolf the better part of a year, and its members had to learn the necessary skills on the job. “I can’t reiterate how much knowledge we gained just from our own research and development,” says Thornton. “There’s no basis in the world for what we were trying to do. I haven’t found a project that uses a network of artists to create a series of interactive experiences at the level that we have.”

Meow Wolf is currently scouting spaces in nearby cities, including Denver and Austin, in which to build a new art space three times the size of The House of Eternal Return. Solomon is the project manager of a team developing “virtual reality sensory rides” for the new location. As a profitable art collective, Meow Wolf is uniquely situated to explore the medium. “We don’t have the pressure of VR being the only thing that’s going to make or break our company, so we get to be free with it,” he says. “We get to do things that other people aren’t doing because they have to focus on commercial gain.”

One experimental idea they’re entertaining is connecting multiple installations through telecasting real sense cameras. “You could meet someone from another exhibit, inhabiting a space with somebody who is thousands of miles away,” Solomon suggests.

Technology aside, Meow Wolf’s most noble advancement in the coming year is a new initiative offering assistance and funds to young DIY spaces. After the a number of police and fire department raids on art spaces in the wake of the the Ghost Ship fire in Oakland, Meow Wolf has allocated $100,000 per year to support venues. Tips on how to acquire proper permits and keep buildings up to fire and public health codes can be had by submitting a form here. Financial aid only goes to art spaces receiving less than $50k of funding a year. The first beneficiary of the program is a beloved Denver group Rhinoceropolis, which the city’s fire department shut down last year after it failed a safety inspection.

Despite their national ambitions, Meow Wolf’s members remain focused on their home. The headquarters will remain in Santa Fe, where members will design installations and ship them whole to other locations. Solomon says the members feel connected to the city, and don’t want to lose what makes them special. “It feels like a community center sometimes, in a cool way,” he explains. “People gravitate here to hold events, or they want to meet people here. It’s a really cool thing we’ve added to the city.” 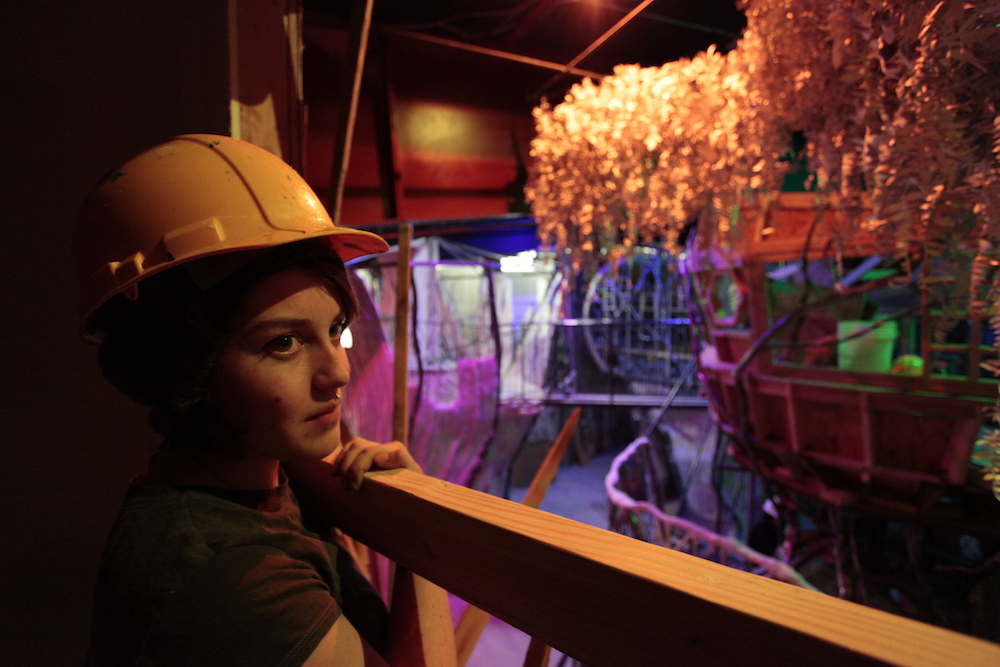 Learn more about Meow Wolf on the official website.