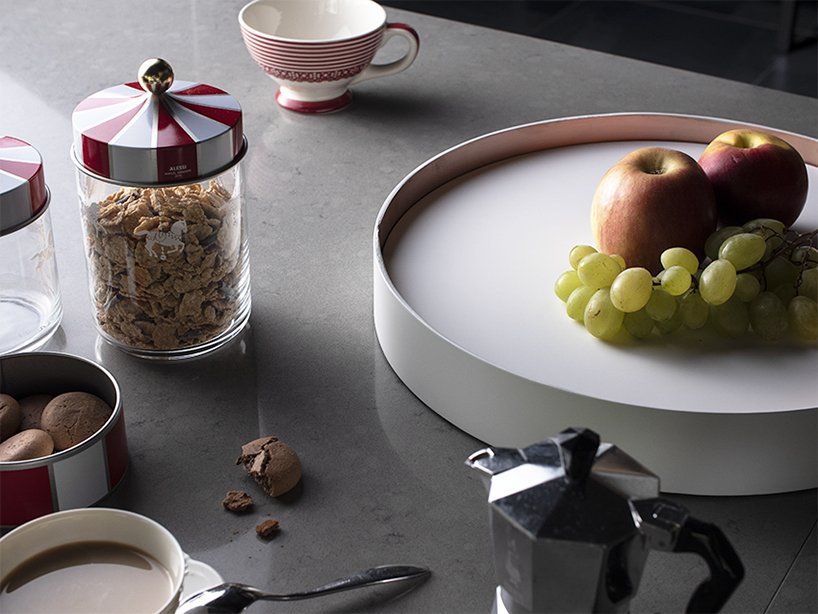 Elite the Vanishing Tray is an object that makes objects placed on it disappear with a gesture from the user. Aldo Deli, the designer of this wonder tray wanted to show a little mystery in simple objects and to show what happens when two objects interact with each other. The trick behind Elite’s vanishing function is a scale. The tray’s system works like a scale, as Designboom detailed:

the system works just like a scale, however, the object is only housed and not weighed. the movement of the top is further highlighted with the different chromatic finish of the inner surface, which frames the objects inside, so the piece constantly changes configuration. the project includes a tray (h 5 cm, ø 40) and a pocket emptier (h 4 cm, ø 20).

the prototype was made using iron, aluminum and plywood. once the iron elements were laser cut, the external tape and the lower plate were welded. the copper tape was then glued inside with silicone and aluminum tubes have been cut to create guides to the springs and the central pin. to obtain their correct positioning and keep the product light, plywood disks were cut inside, which created the slots for the guides, and subsequently glued to the structure. finally, the vanishing tray was completed with three coats of white paint.