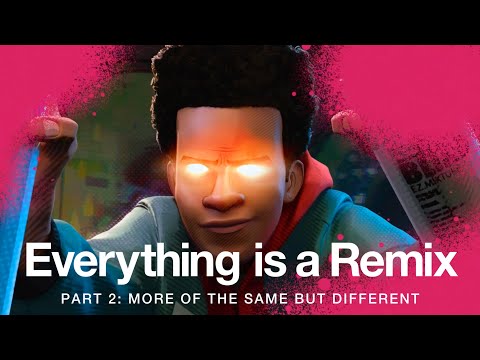 It’s been almost ten years since we were treated to the delightful insights of Kirby Ferguson (previously at Neatorama) and his series Everything is a Remix. We’re glad to see he’s resurrecting that series for 2021. Episode one was an introduction to the idea that everything is remix. It’s quite long, but very interesting.

This video, which is part two, is about movies, but it’s also about memes and how they eventually become remixes themselves. To do that, Ferguson explains what memes have in common with the rest of our pop culture. They are all copied from copies, because we like what’s familiar, and we like to know what to expect. That’s just human nature. And it’s not necessarily a bad thing, because copying and remixing what we find good will eventually produce something truly creative, whether it’s a meme, a movie, a TV show, or some other form of art.