Reading a piece of fiction is like an invitation to escape the immediate world and immerse yourself in fantasy. You’re expected to put your disbeliefs aside and blot out any distractions to fully experience the story. But some passages in those same books are so blatantly disrespectful and hilariously inaccurate that they can leave half of the population straight-up rolling their eyes. You guessed it, we’re talking about male authors portraying female characters and missing the mark by a long, long shot.

Some male writers are notorious for describing women as one-dimensional beings in unrealistic, often sexualized, and very unnecessary detail. So let us introduce you to the ‘Men Writing Women’ online community dedicated to busting such examples. This corner over on Reddit has simply had enough of “how men who create films, books, TV, and graphic novels characterize women,” and pokes fun at their clueless endeavors.

Dedicated bookworms from all over the world have been sharing their equally ludicrous and infuriating findings. We’ve gone through the subreddit and gathered some of the best examples to share with you all. So continue scrolling to witness just how little some men know about women, as well as to read our in-depth interview with writer, developmental editor, and book coach Trisha Loehr. If you can handle even more examples of women being depicted in baffling ways, check out Part 1 of this feature right here. 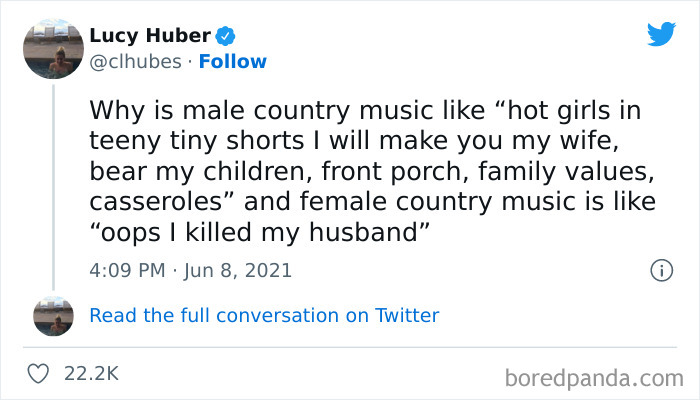 #2 This Is Honestly Worse Than The Average Post Here 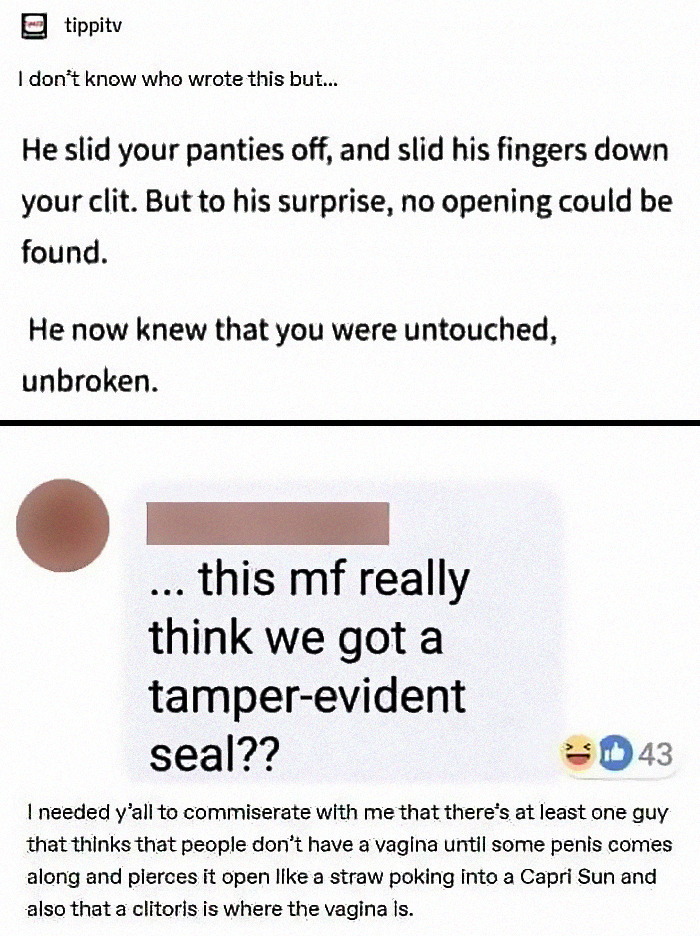 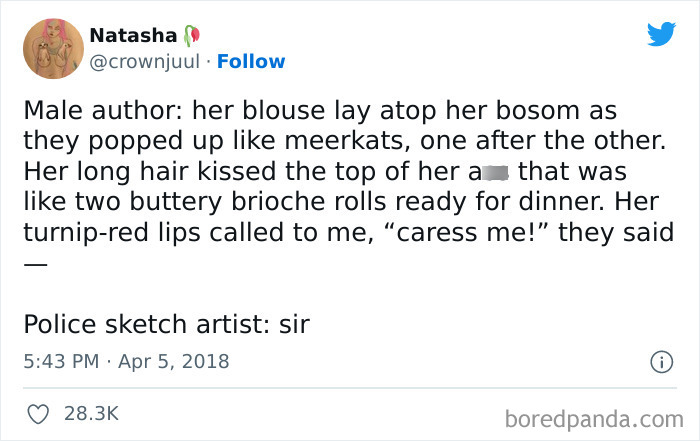 The phrase “written by a man” has gained traction on the internet over the last few years, with increasingly more people taking notice of men describing female characters through the male gaze, and no longer buying into it. The ‘Men Writing Women’ project started back in 2017 and has amassed nearly 530k devoted members eagerly waiting for new posts to grace their feeds. With the tagline, “She breasted boobily down the stairs,” this online community has set out on a mission to bust the sexist and often downright creepy quotes from published work by men.

Of course, certain writers do their research and don’t shy away from asking female friends for advice. “There are many phenomenal male authors out there who write women characters well and give them quality storylines,” writer Trisha Loehr told Bored Panda. “Unfortunately, there are many male authors who intentionally or unintentionally do the opposite.” 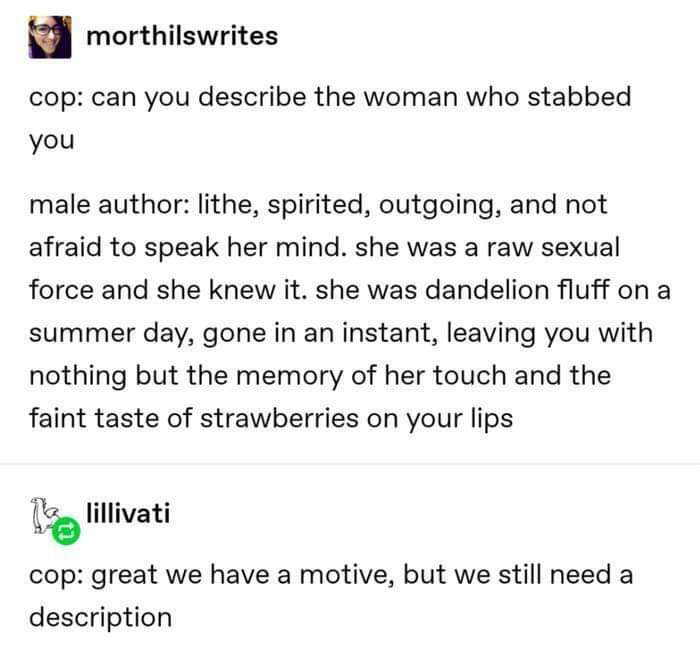 #5 The Kind Of Thing That Gets Your Blood Boiling 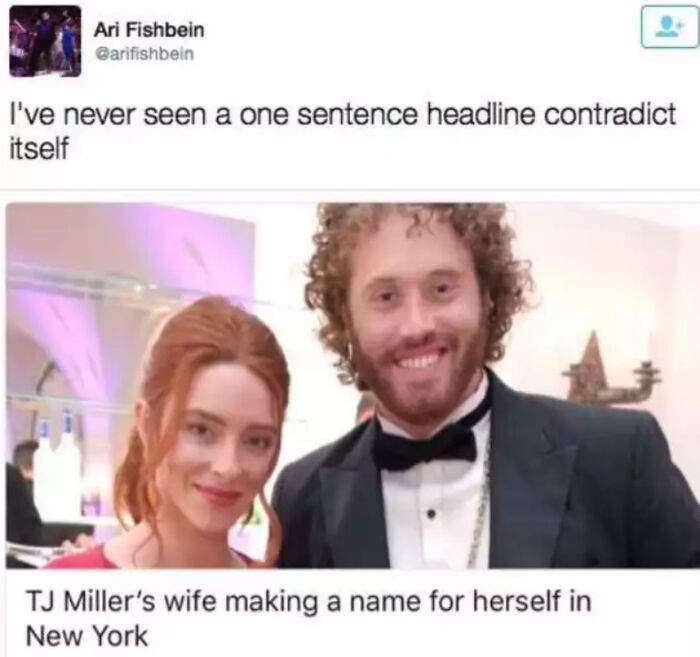 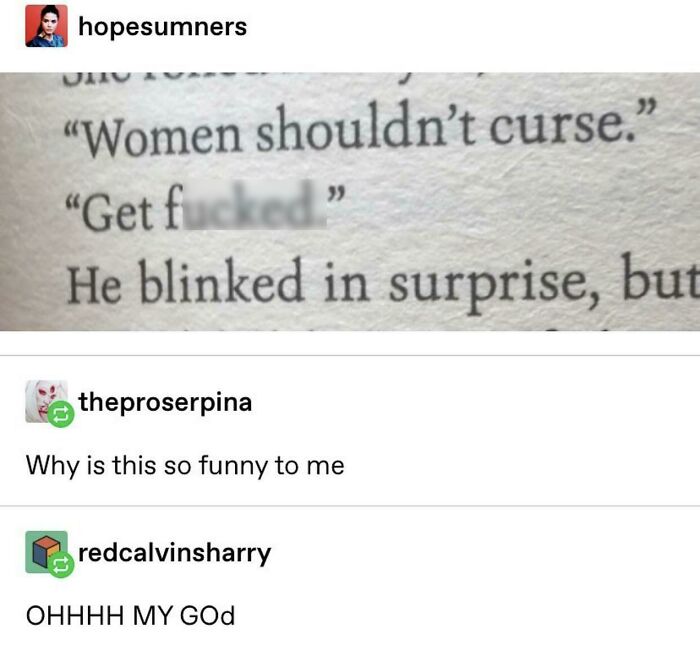 Loehr, a writer and developmental editor based in Calgary, Canada, has made a career out of helping authors of many genres, including fiction and nonfiction, to craft better stories to bring joy to their readers. She pointed out that male writers often fail to create realistic and rounded portrayals of women in their work due to internalized misogyny from living in such a deeply patriarchal society.

“I am speaking here from a Western, North American perspective, and as a white woman,” she added. “Our Western culture is full of imagery and other content that is rampant with both misogynistic ideas that tell people that women are sexual objects to be used, silly and not as intelligent or strong as men, and not quite as valuable as men and thus who need to be guided by the men around them.”

Sadly, many people wholeheartedly believe these falsehoods, Loehr stated. “Many don’t think they do, but have internalized a lot of these ideas. And thus, it often comes out in writing. Again, this can be intentional or unintentional.” 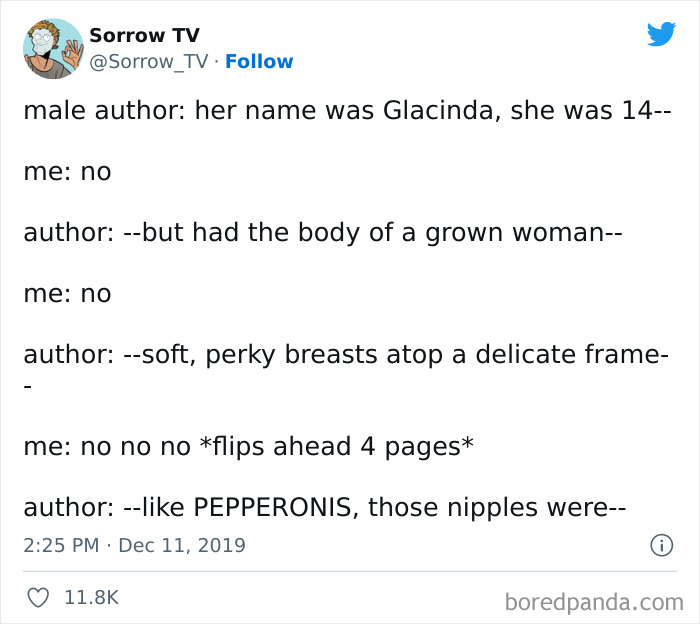 #8 Curious What It Looked Like When She Walked In 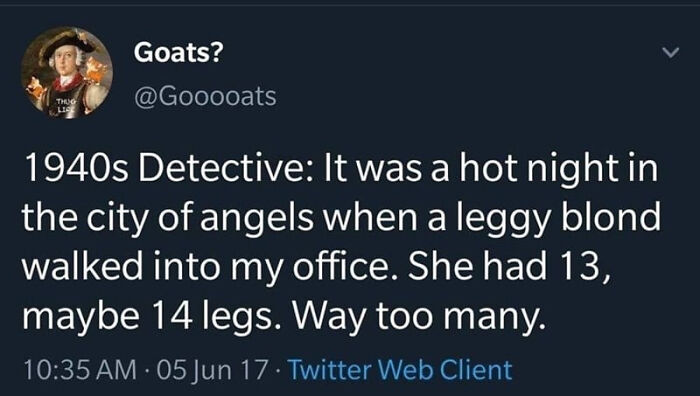 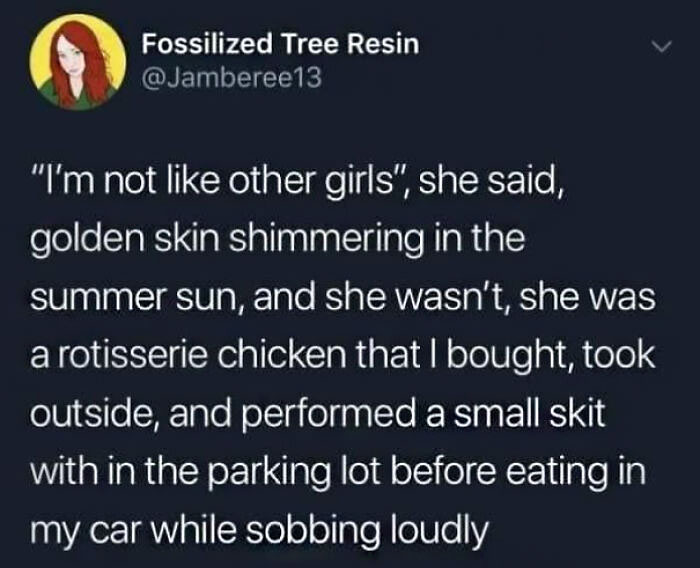 This apparent inability of many men to write female personalities who are complex and have solid backgrounds of their own is often regarded as lapses in the authors’ judgment. Although this doesn’t take away the fact of how damaging these far-fetched depictions can be. The superficial characters they create often lack depth and seem to be put into the story only to move it forward. Moreover, the way men write about a woman’s body and appearance is often alarming. Females become reduced to their physical attributes in an objectifying and condescending manner.

All of this can have alarmingly dire consequences. When the amount of male authors falling for this pattern exponentially increases, other men (and even young boys) can begin buying into these unrealistic portrayals of the opposite sex. 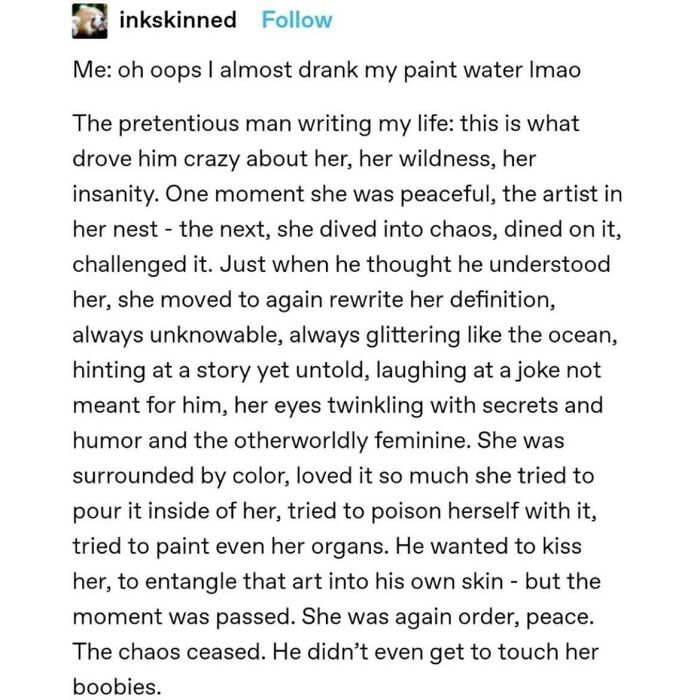 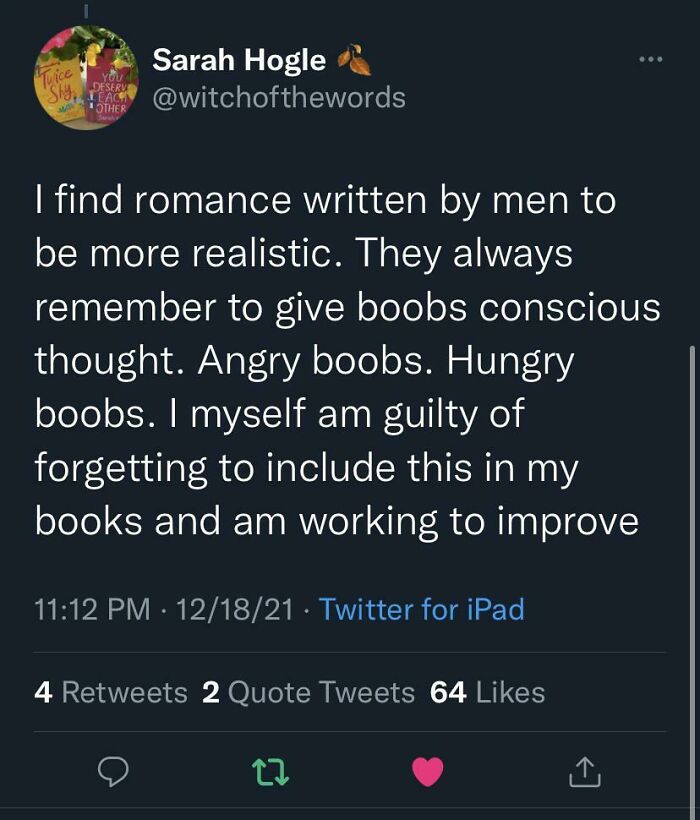 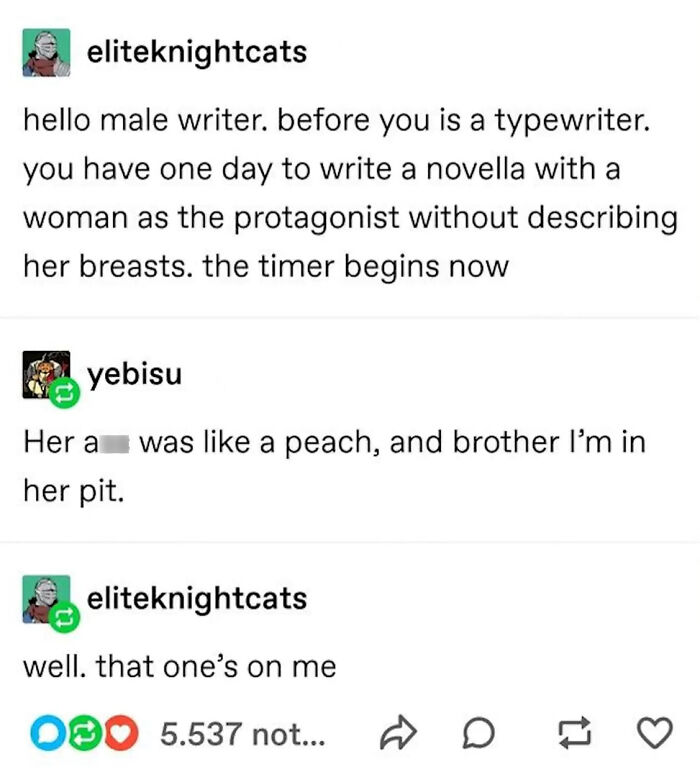 Writer Loehr agreed with this line of thinking. “The content we consume impacts our understanding of the world. If the only books/comics that a man consumes present women as manipulative, big-boobed sex objects, that’s what they will assume most women are.”

“If all they read is books where women are used as fodder for a man’s progression up the social or career ladder, then that’s what they will see the purpose of the women around them as. If the female characters in the books they read always flirt back and immediately fall into bed with the hero of the story, they may assume that women should do the same for them,” she added. 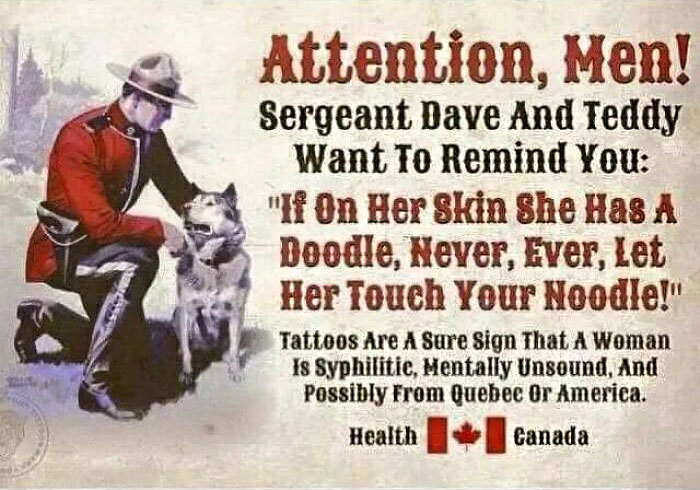 #14 This ‘Author’ Of His Own Effed Up Narrative 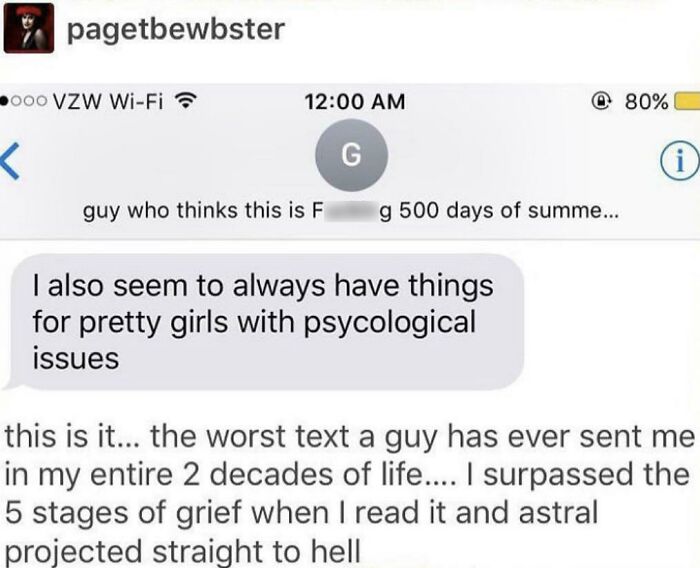 #15 “How To Cure A Feminist”, Published In The Maxim Magazine 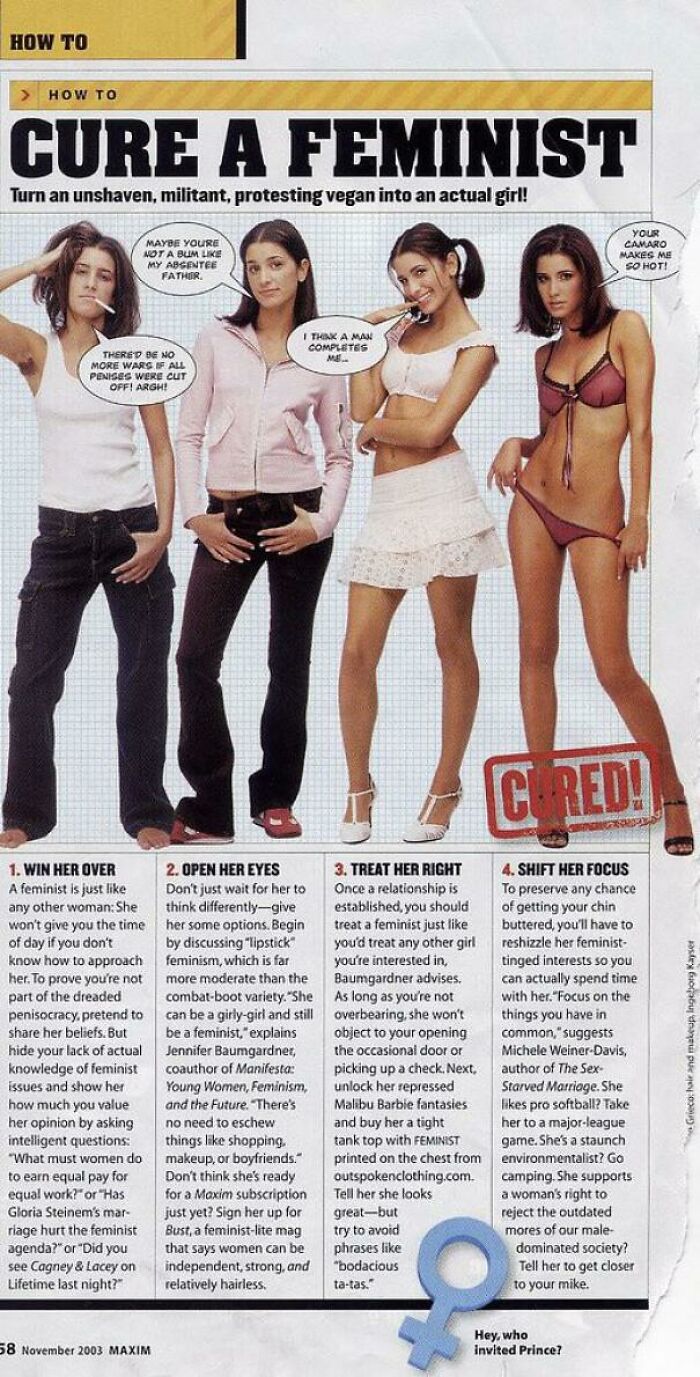 “Think deeply about every female character you include in your stories: Do they have a character arc? Do they have dialogue on the page that is not about the male characters? Are they full-rounded characters with a backstory, goals, etc.?” She also advised men to find female beta readers to get feedback on their characters: “Listen to what they tell you, thank them, and pay them for their time and expertise.”

#16 The Wheel Of Time: The Dragon Reborn, By Robert Jordan. A Map Of The City Of The Aes Sedai, An Organization Of Powerful Female Sorcerers. Yup 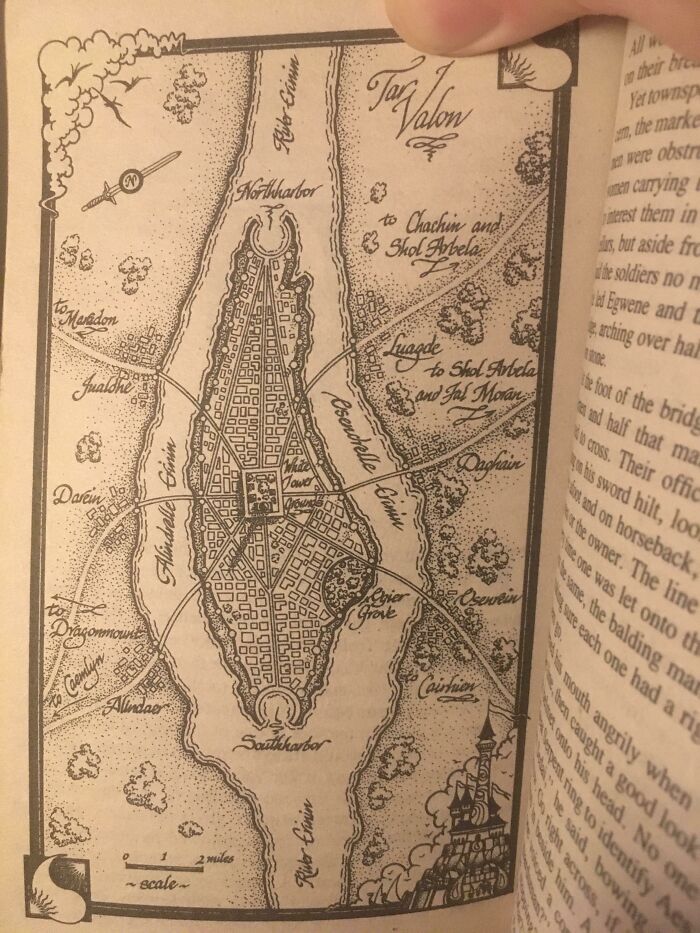 #17 After Venturing Back And Forth Through This Subreddit, I’d Say This One Isn’t Exactly Surprising

#18 Women’s Insides Are A Maze, Apparently 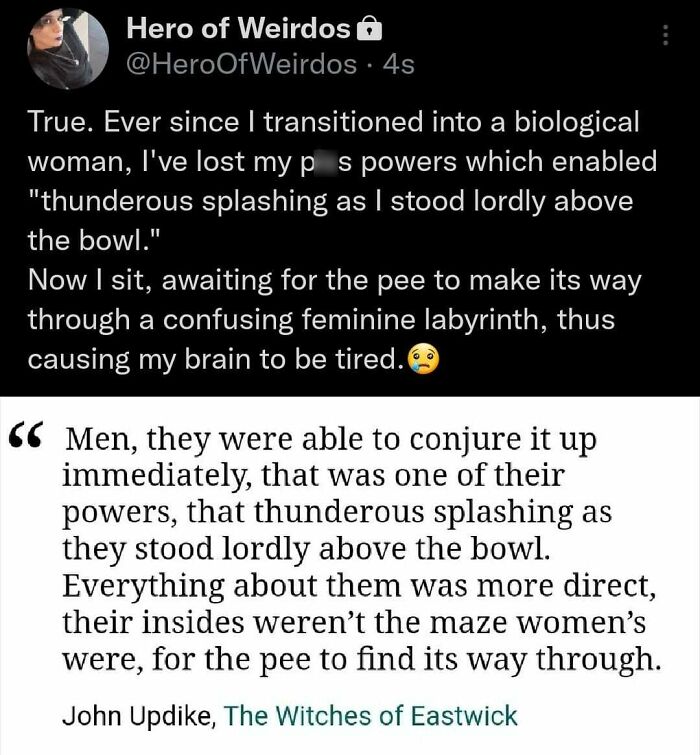 We’ve long heard that the best writers should be well-read. Reading allows us to expand our mental horizons and become more educated and well-rounded human beings. Finding ourselves in that middle ground of leaving and yet staying in our sphere also offers us fresh insight into the world and even our inner selves.

“Read widely in and around your genre. Read books by authors of all races, backgrounds, gender identities, and sexualities. Read new books and backlist books. When writing a book, think about what your point is. Why are you writing this particular story with this particular protagonist? What message do you want your readers to come away from your book thinking about? Everything in your story needs to support that,” Loehr advised. 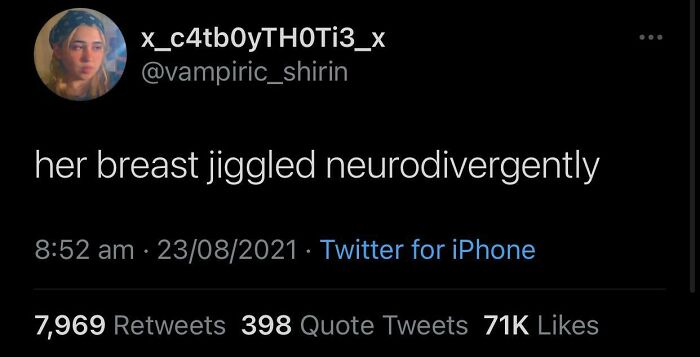 #21 Haven’t You Ever Shut Your Vagina In Rage? Ways Of Going Home By Alejandro Zambra 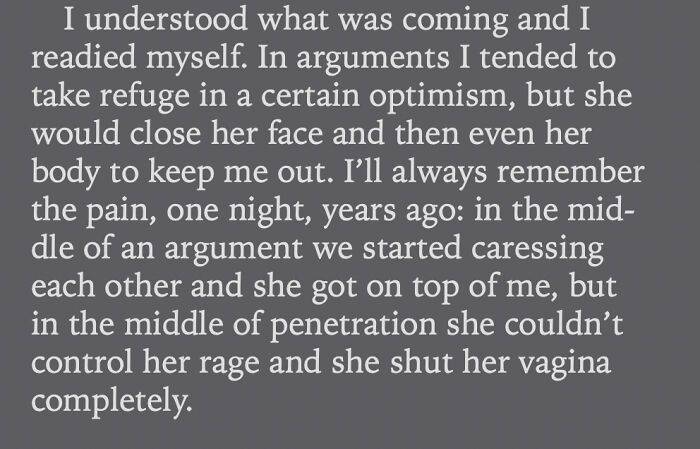 Most of us have encountered pieces of prose, movies, or TV shows where the male author has written about women poorly, to put it gently. At the same time, we have spent many years of our lives overlooking or unconsciously ignoring it because we submerge ourselves and devour the plot of the story. Luckily, many women are starting to see what’s been right in front of them all along, and they’re not staying silent.

The ‘Men Writing Women’ subreddit has inspired many book-lovers to seek justice and have discussions around the misogynistic breadcrumbs scattered all over our favorite and most lauded pieces of writing. One spin-off project, the ‘Men Write Women’ Twitter account, was created as a more condensed version of the online group on Reddit. “Women just want to be written as human. That’s it,” Meghan Vondriska, an advertising social strategist and founder of the page, told Bored Panda in a previous interview.

#23 Of Course, We Don’t Get Real Pockets In Our Pants Because We Have Tiny Purses In Our Vaginas! 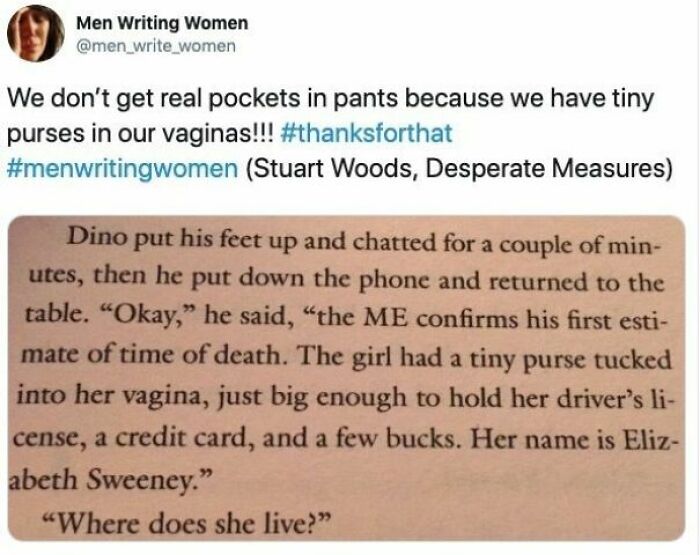 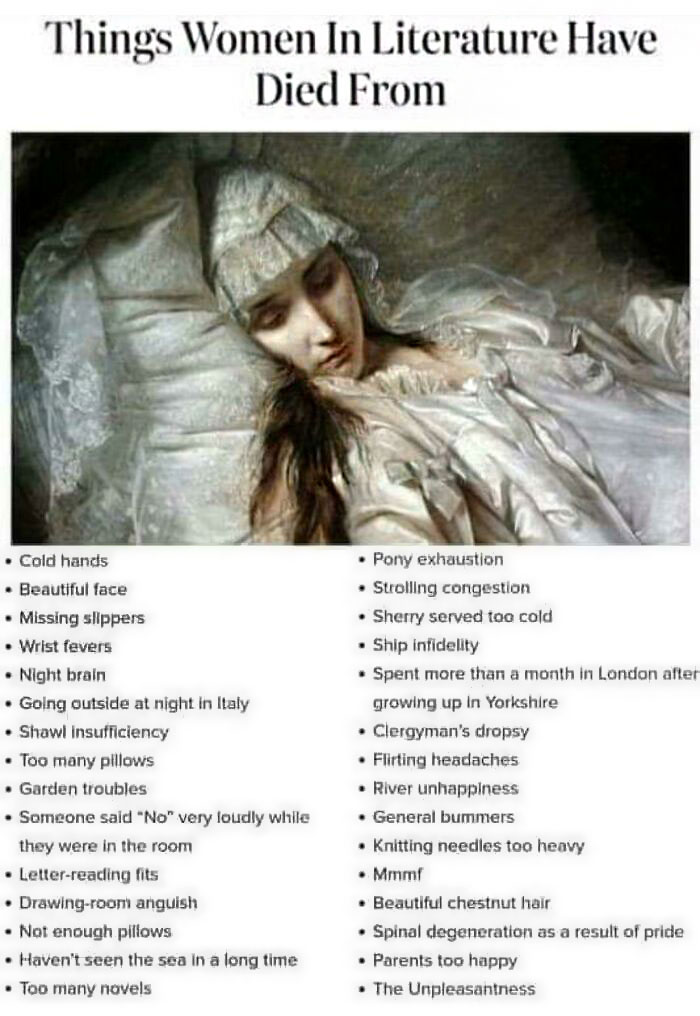 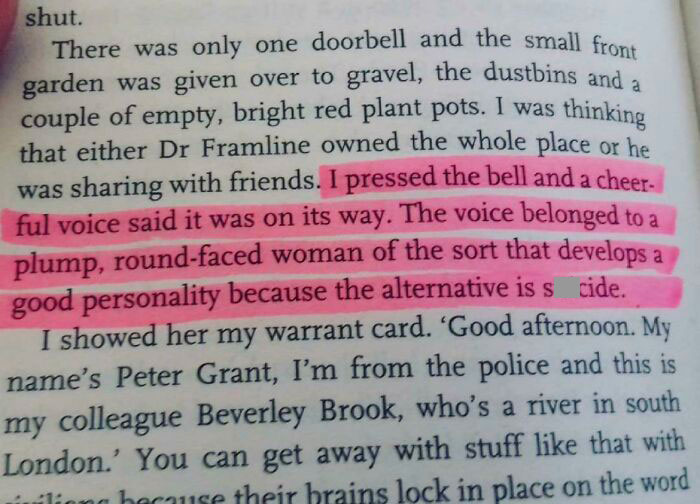 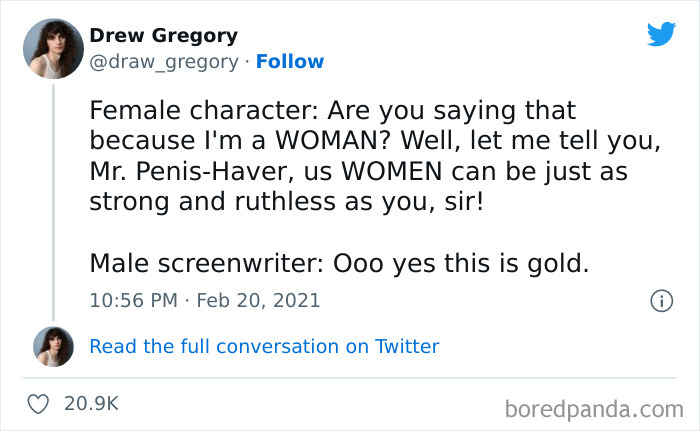 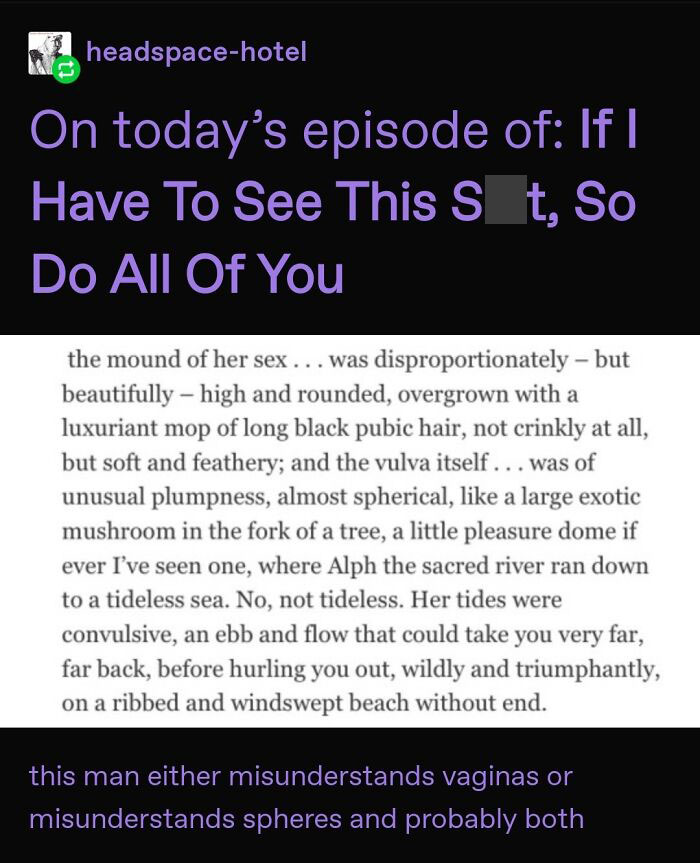 Vondriska pointed out that a lot of male writers who tend to be thought of as the “founders of the literary canon” are continuous offenders. “John Updike, for instance. But the greatest repeat offender is definitely Stephen King. His portrayal of his female characters is honestly offensive,” she added.

“Pay attention to what you’re reading, and who you’re reading. You have to make sure your bookshelf isn’t made up of just men. Add in some spice—some female authors, some nonbinary authors, authors of color. And lastly, just because you were assigned a book in high school doesn’t mean it’s good!”

#28 I’m Looking At You Stephen King, You Big Virgin 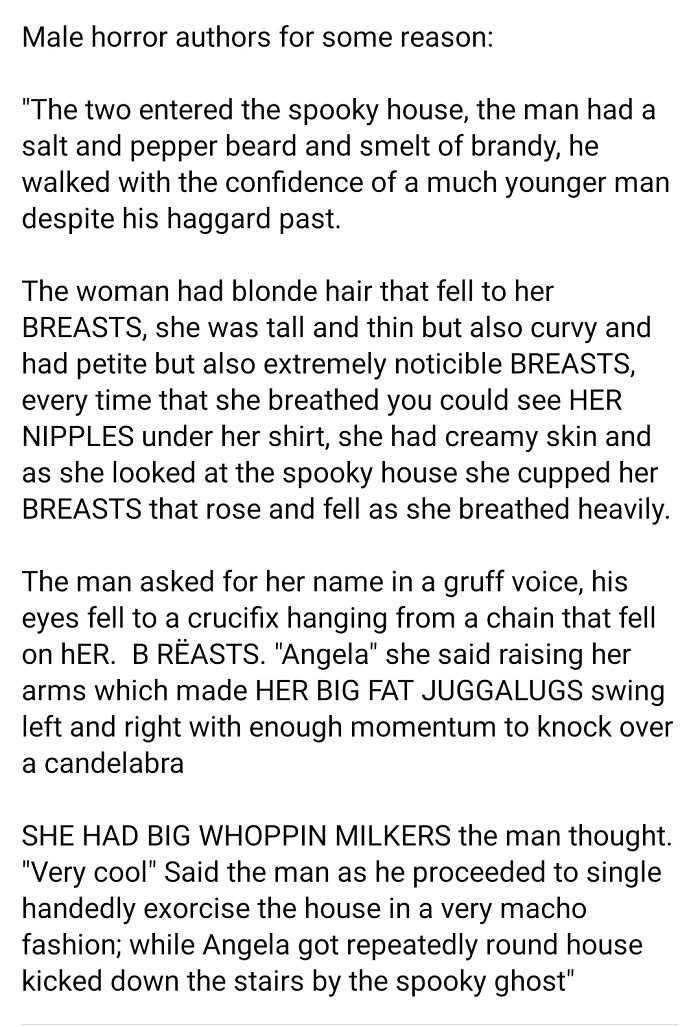 #29 Don’t Your Boobs Roll Like Your Eyes? [ It’s Kind Of A Funny Story- Ned Vizzini] 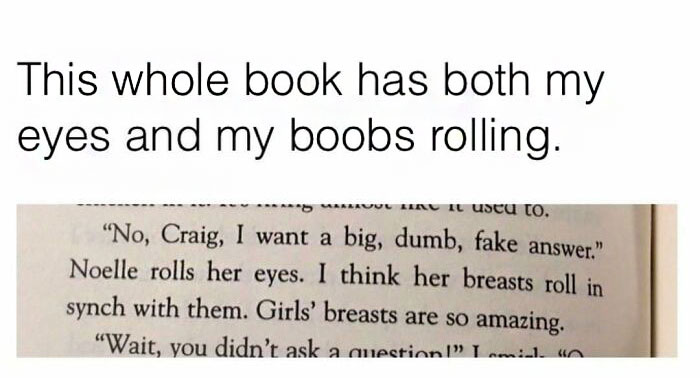 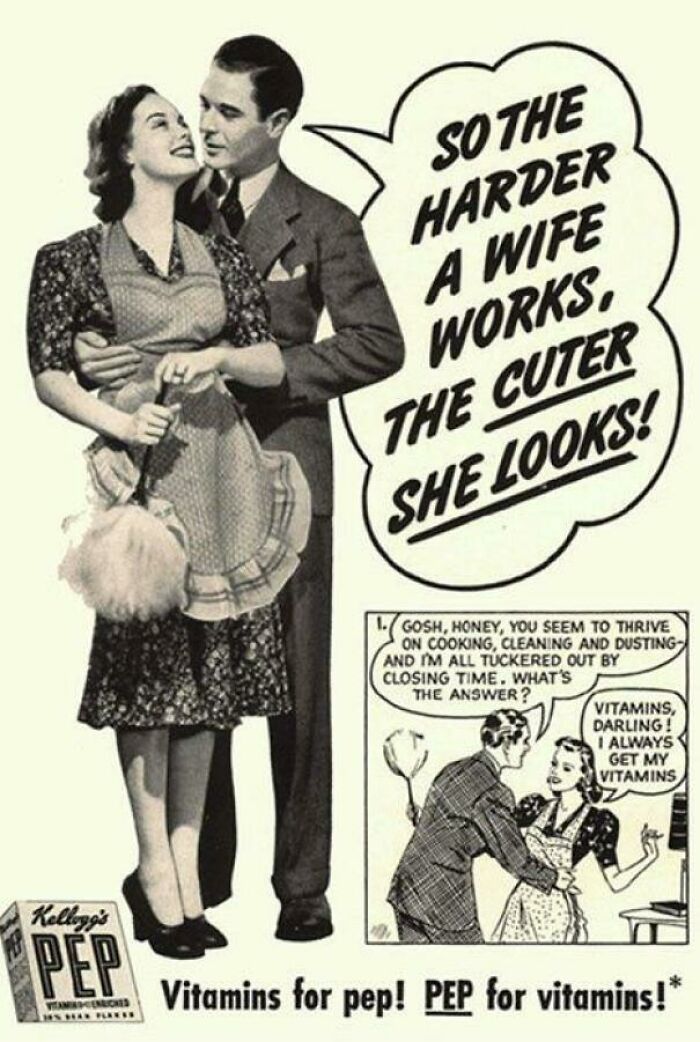 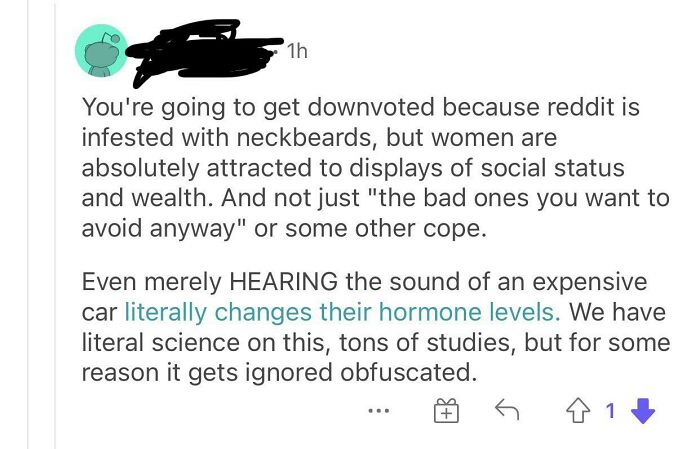 #33 Ovaries Just Shooting Around All Willy-Nilly, Controlling Our Decisions. Thanks Michael Robotham, Very Cool. From “When You Were Mine” 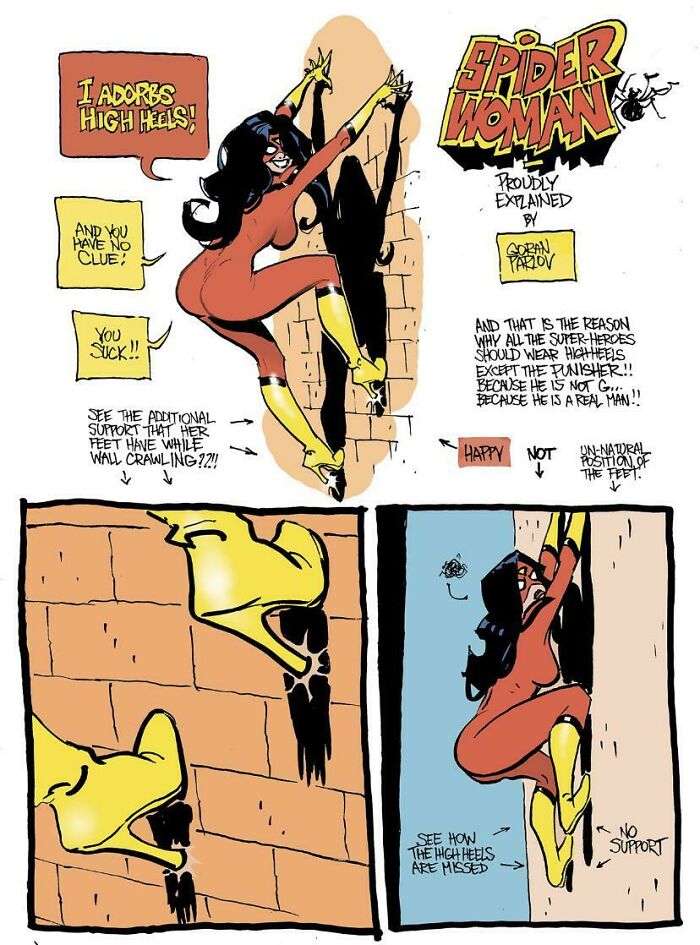