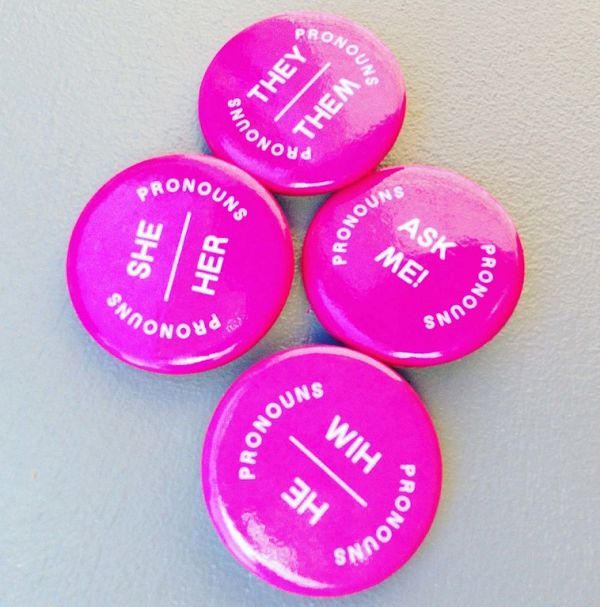 The Word of the Year for 2019, announced by dictionary editors at Merriam-Webster, is the singular pronoun “they.” Sure, it has been in use for a long time as a plural pronoun, so it’s not an unfamiliar word. For quite a few years now, new words have been offered as non-gendered pronouns, and so far, “they” is winning out over newly-coined words. In fact, most people already use the singular “they” to refer to someone of an unknown gender, even if they don’t realize it. Using “they” for a singular but known person is not a large step, and often preferred by people who don’t wish to be referred to as specifically male or female.

English famously lacks a gender-neutral singular pronoun to correspond neatly with singular pronouns like everyone or someone, and as a consequence they has been used for this purpose for over 600 years.

More recently, though, they has also been used to refer to one person whose gender identity is nonbinary, a sense that is increasingly common in published, edited text, as well as social media and in daily personal interactions between English speakers. There’s no doubt that its use is established in the English language, which is why it was added to the Merriam-Webster.com dictionary this past September.

One does not need to identify as non-binary to benefit from a non-gendered pronoun- think of job applications, school applications, product pitches, or writing submissions. While those things would begin with “I,” they will eventually be discussed by others. If the singular “they” is adopted by the general public, it follows that the singular “themself” would become a real word, instead of a demerit in your English class. Other notable words of the year are quid pro quo, impeach, crawdad, egregious, clemency, the, snitty, tergiversation, camp, and exculpate. Read the stories behind all these words at Merriam-Webster. -via Metafilter