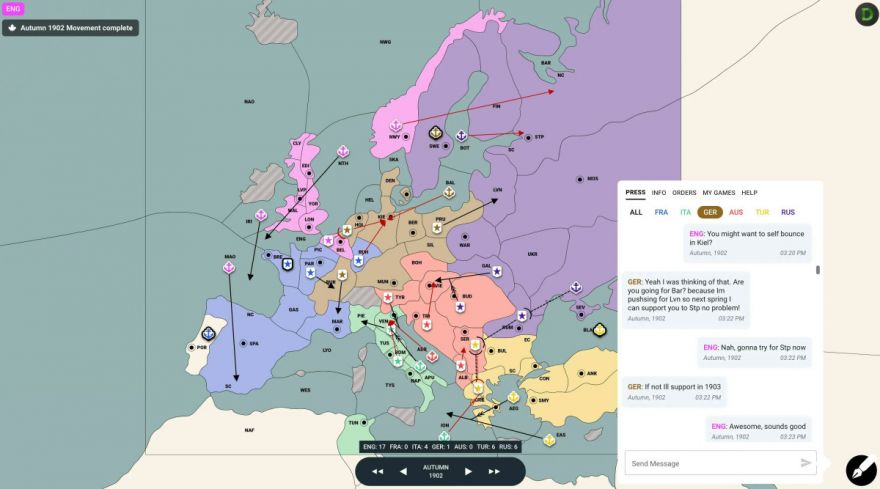 There has been immense growth in artificial intelligence in the decades that have gone by. It has grown to a point where it could beat us at our own games. Literally! Now, it seems that AI has developed even further.

Chess Grandmaster Garry Kasparov was beaten by an AI called Deep Blue. In 2015, the AI called AlphaGo defeated 9-dan Go master Lee Sedol. This time around, it’s different, as Meta AI recently announced Cicero, claiming that this is the first “to achieve human-level performance in the strategic board game Diplomacy.”

While Diplomacy is also a board game similar to chess and Go, Diplomacy has something more than a set of rules. In this game, players need to talk with each other. In other words, playing this game requires good communication skills. And according to Meta, Cicero has those.

Meta trained Cicero using an online version of the board game via webDiplomacy.net. Over time, Meta reported that Cicero have achieved “more than double the average score” of the top 10 percent of human players.

But why is Cicero successful in the game? The answer lies in its programming. Meta combined AI models for strategic reasoning (like AlphaGo) and natural language processing (like GPT-3) to create the AI. Using these models, Cicero can coordinate with other players.

Meta notes that this technology could be a way to “ease communication barriers” between us and AI. However, the same technology could also be used for harm by impersonating people to manipulate individuals. And so, Meta hopes that other programmers build their codes “in a responsible manner.”

More about this over at Ars Technica.