If you’ve been watching the US Open, you may have noticed a couple of new courtside additions: 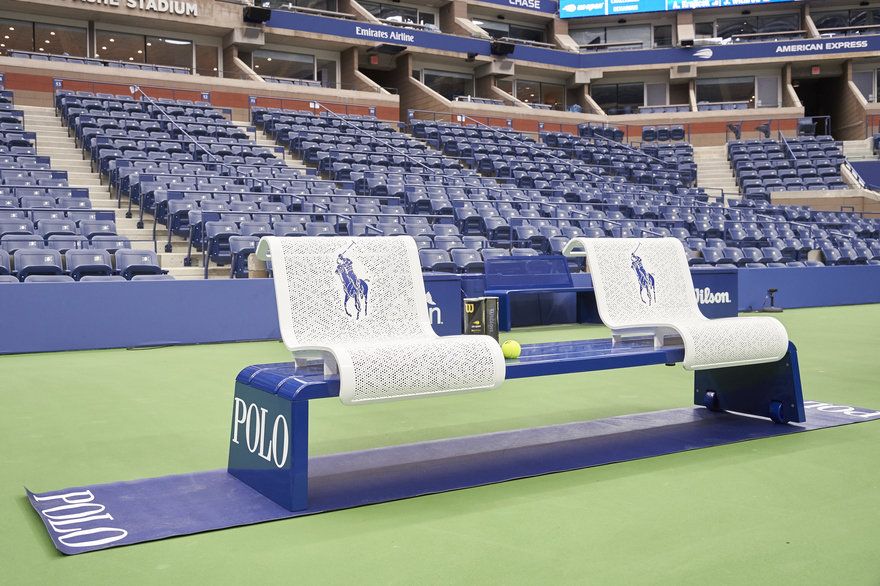 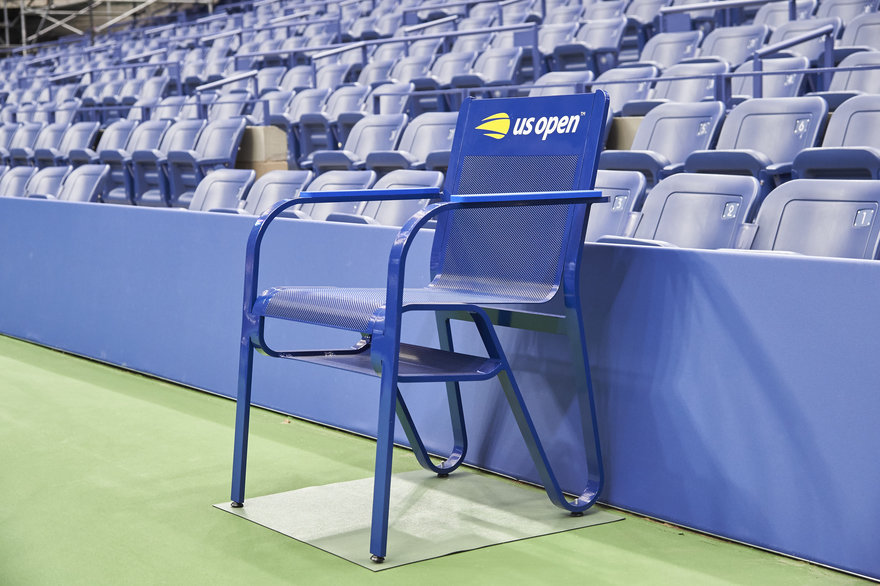 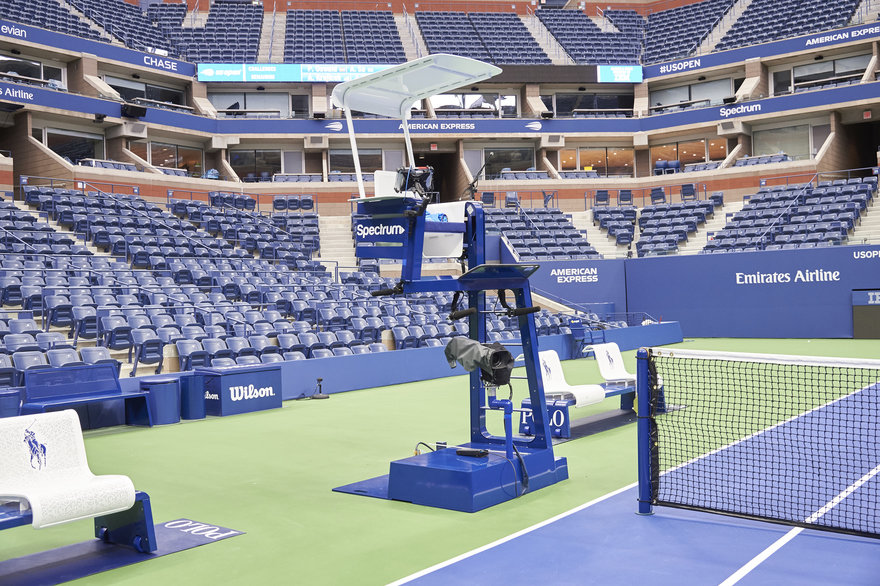 For the 50th anniversary of the US Open, Michael Graves Architecture & Design and outdoor furniture specialists Landscape Forms were tasked with reimagining and designing the courtside furniture at the USTA Billie Jean King National Tennis Center in Flushing, Queens. In addition to the courtside furniture, the tennis center went through an extensive upgrade, including player facilities, outdoor areas for players, and even parts of the stadium itself. But we’re here to focus on the furniture!

The new player bench is particularly interesting out of the lot, considering it was inspired by the following image of Roger Federer sitting next to his bulky bag, which he had placed on a seat next to him at a previous US Open match (apologies for the blurry image here): 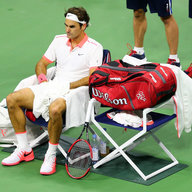 After encountering this image, the Michael Graves design team found themselves wondering: Why are there are often two chairs per player when tennis is usually a singles sport? Why was there no dedicated place for each player’s bag? Why are the chairs typically canvas, when fabrics encourage sweat in the heat? The result is a sleek metal bench with perforated, white seats to keep players as cool as possible. Each bench has wheels on only one side so that the structure can be lifted by just one person and so that no complicated locking system was necessary. Players have the option of one or two seats, and the rest of the space, including under the bench, is dedicated to their gear. 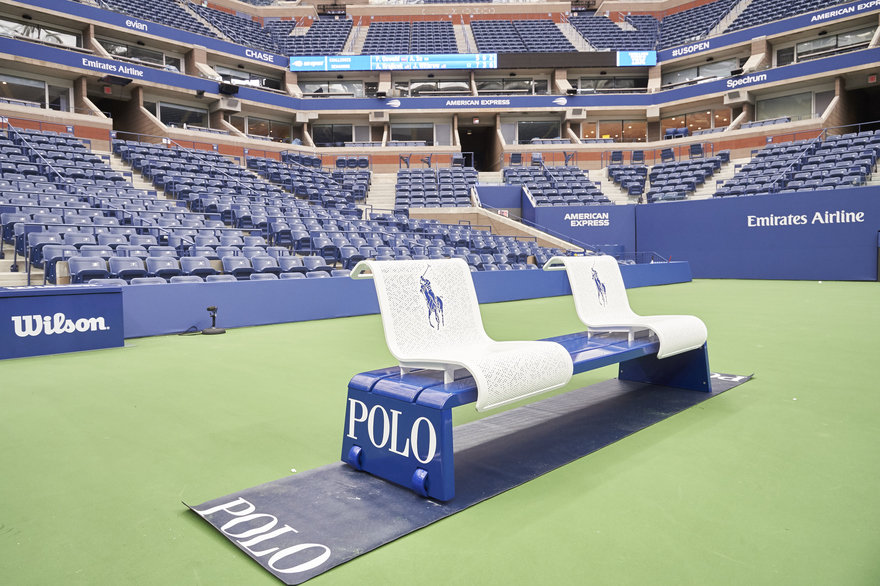 The design team was very open about their design process for all of the new pieces, providing an inside look at how they reached their final designs through sketches and renderings: 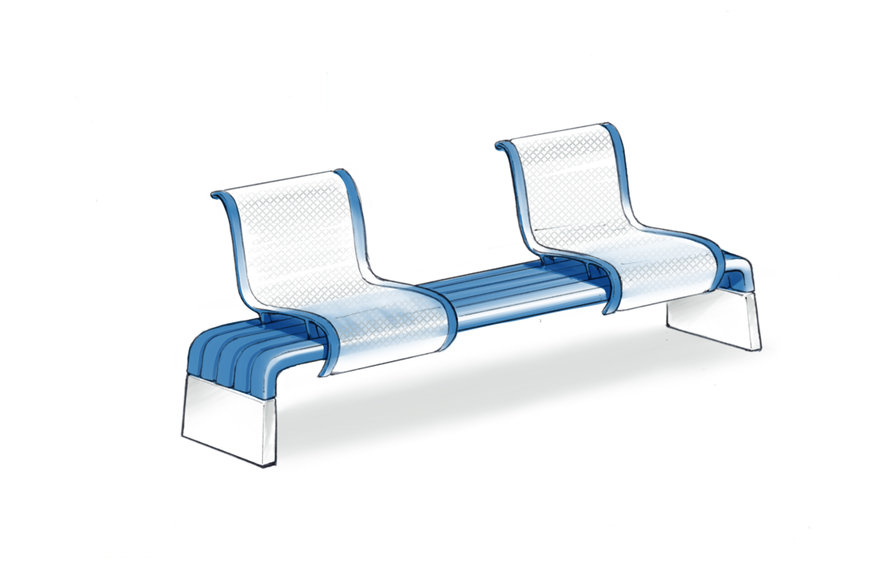 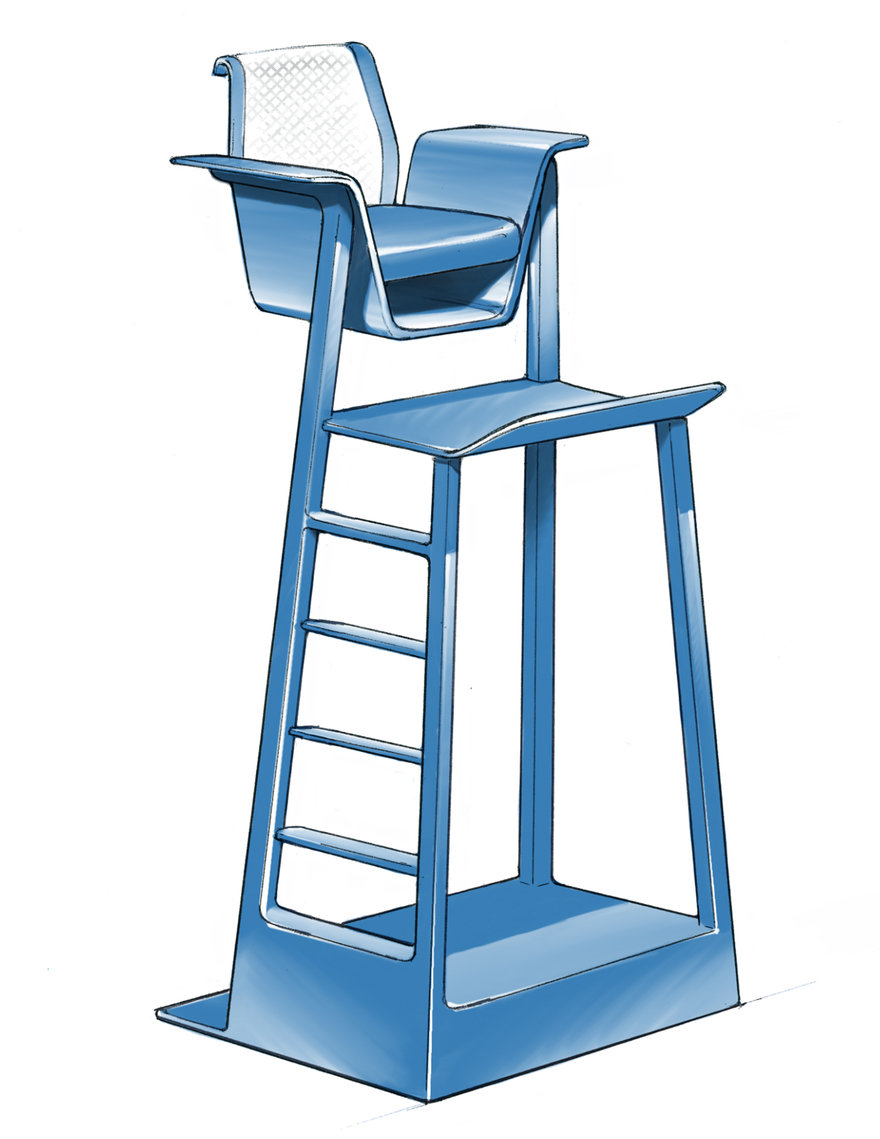 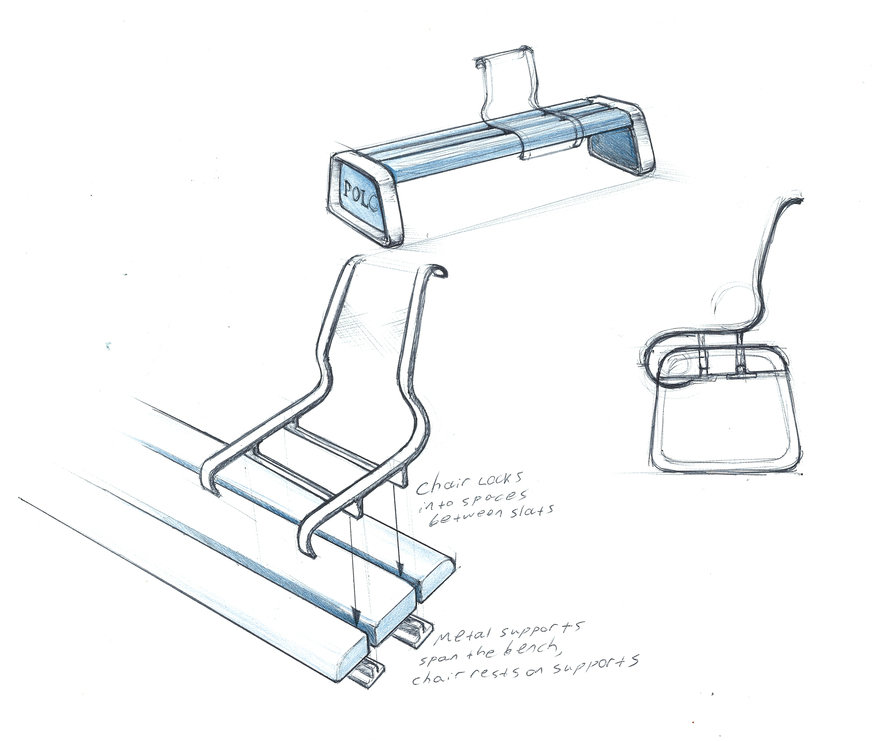 Since the designers were tasked with designing the pieces in just a couple of months, they needed to act fast, giving them the perfect opportunity to experiment adding VR to their workflow: 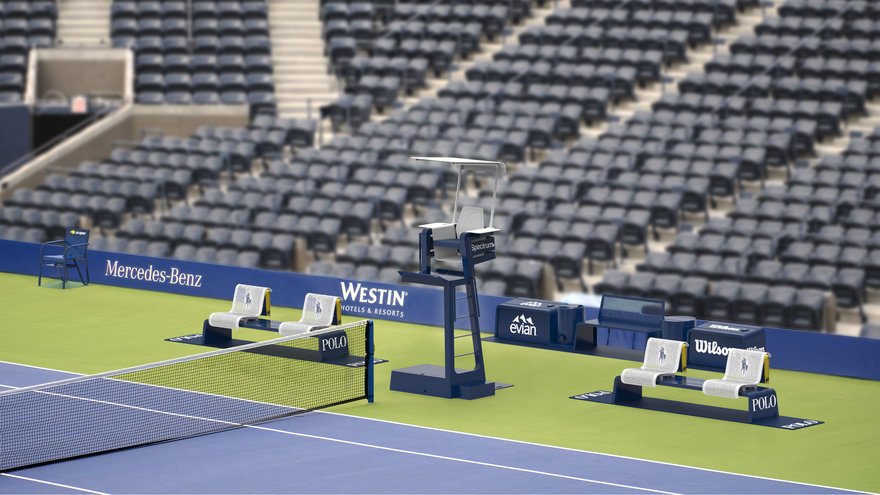 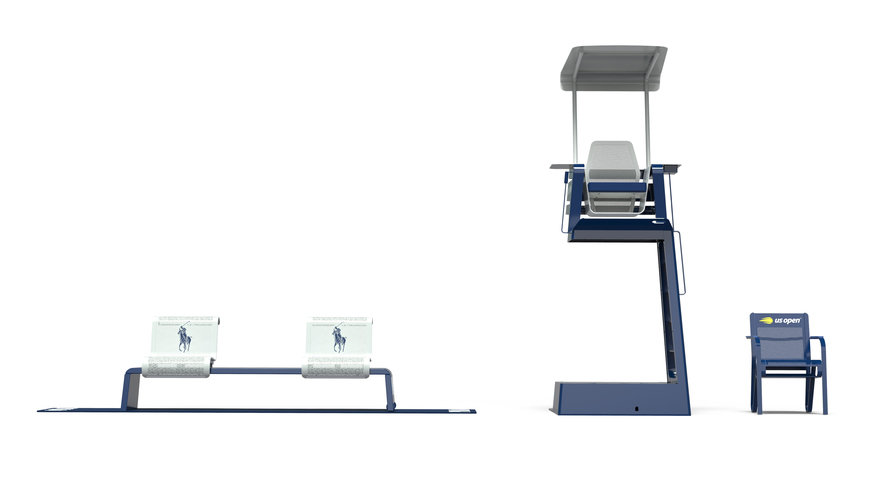 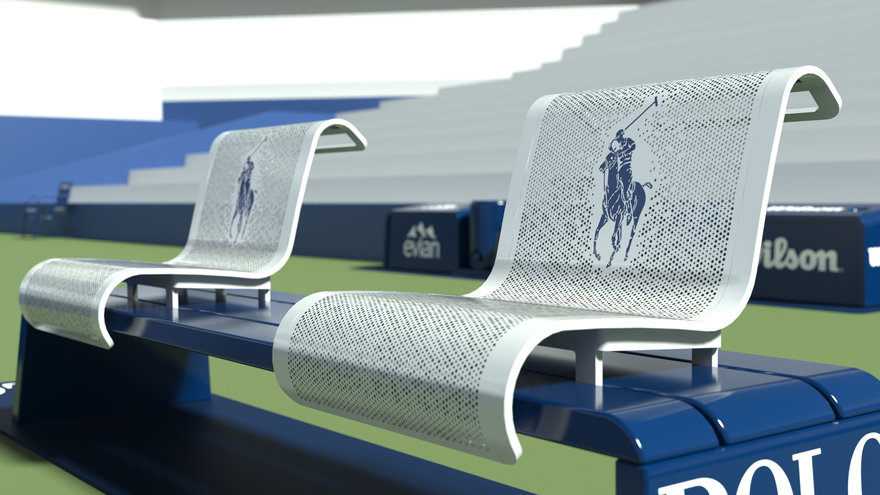 By utilizing VR during the design process, the design team was able to have a better idea of how their designs would fit into the actual stadium environment. VR also proved to be helpful when updating their client, the United States Tennis Association (USTA), as the non-designers were able to better understand their vision.

So, there you have it. If you haven’t watched a US Open match yet, here’s your excuse!