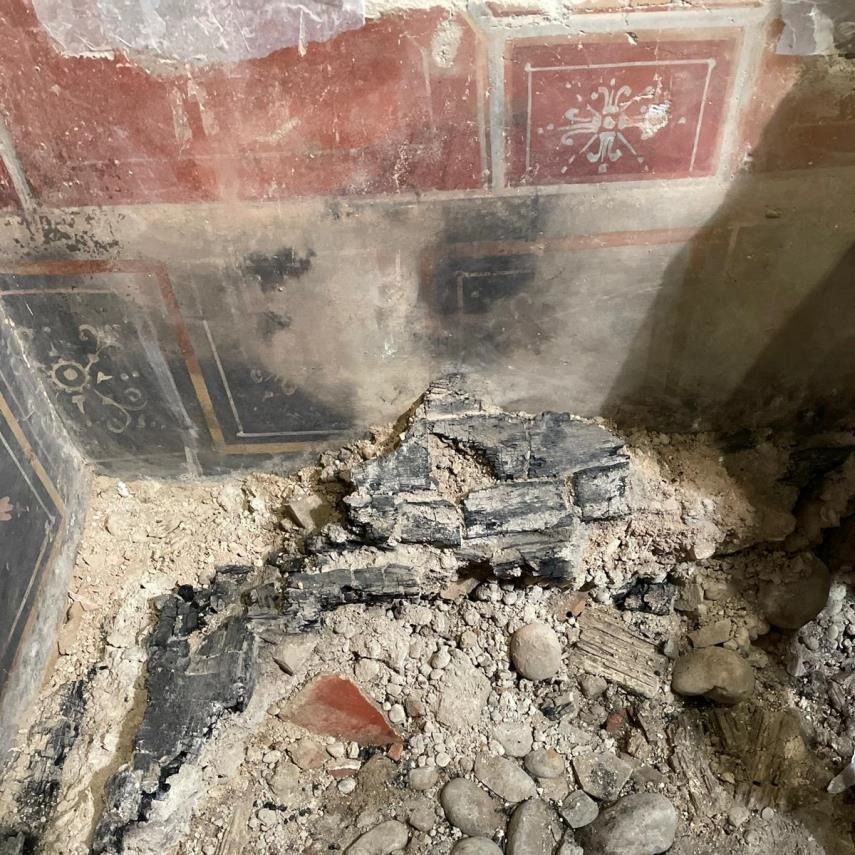 Talk about a serendipitous discovery! A ‘miniature Pompeii’ was randomly discovered by construction workers during renovations of an abandoned cinema in Verona, Italy. The buried ruins contained charred wooden furniture and the collapsed remains of a ceiling. Experts theorize that the site was probably abandoned after a fire:

The ancient site was probably abandoned after a fire, but “the environment was preserved intact, with the magnificent colors of the frescoed walls dating back to the second century,”Superintendency of Archeology, Fine Arts and Landscape of Verona, Rovigo, and Vicenza said in a statement, noting that the newly discovered artwork “evokes a miniature Pompeii.”

The modern-day building, the former Astra cinema, has been closed for 20 years, with construction first turning up signs of the lost Roman structure back in 2005.