Li Qing’s Neighbor’s Window series is framed by discarded wooden windows that the artist found in the Chinese countryside. Using a large mirror as his ground, Li depicts examples of colonial and other Western art and architecture found throughout Asia. Here, he features the Tokyo garden of esteemed writer Mishima Yukio, a lover of classical Greek sculpture. In a visual paradox, the viewer is simultaneously positioned as an outside observer and, through their reflection in the unpainted parts of the mirror, as part of the image itself. Li’s work thereby combines the multiple gazes of China towards Japan, Japan towards Europe, and here, Los Angeles towards China. 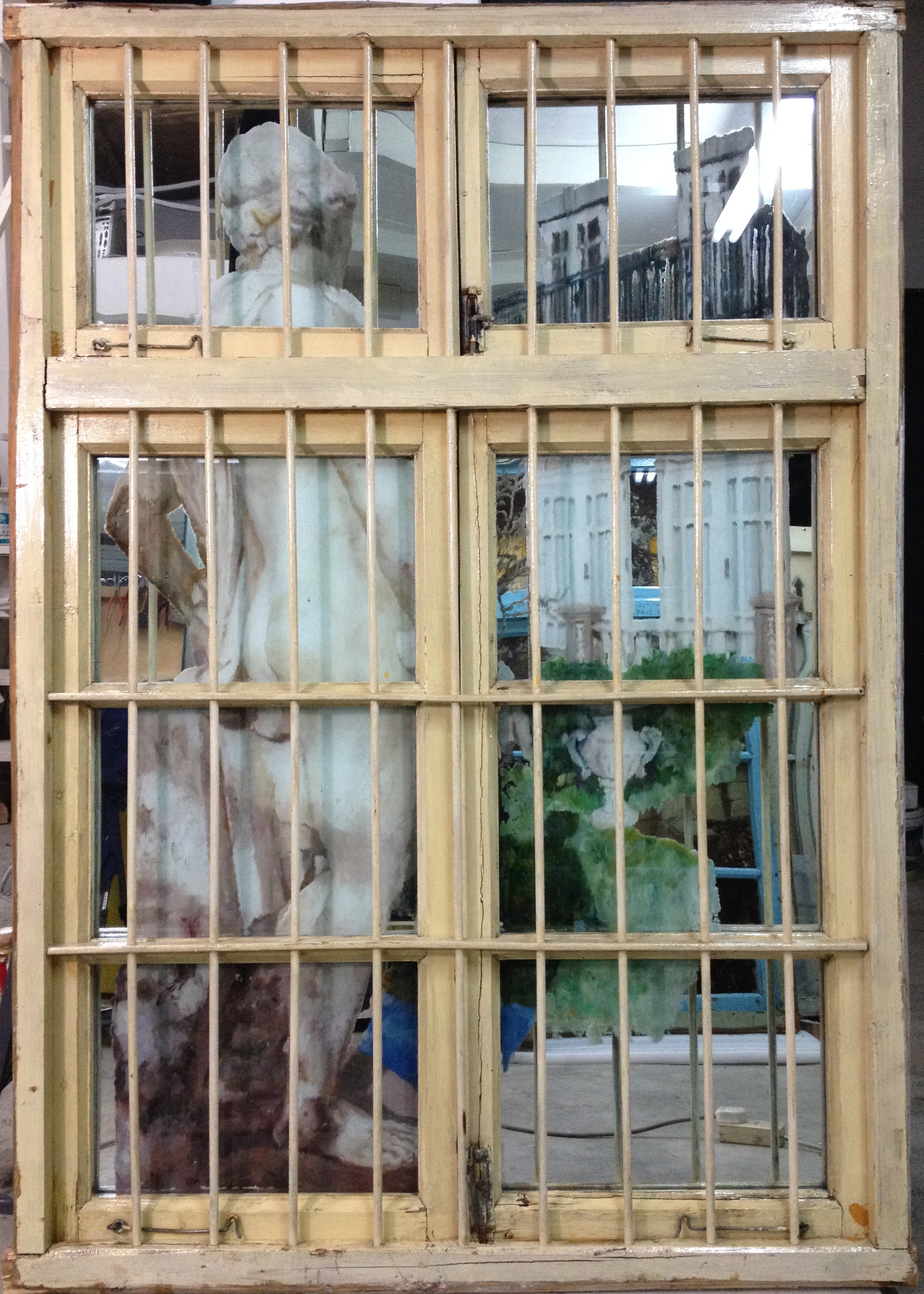