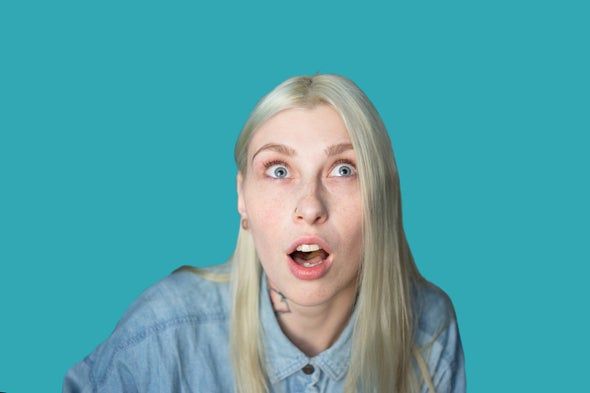 Is the woman surprised or shocked? You may have answered yes to this question, but you may be wrong. A facial expression of emotion does not only depend on the face itself; it also depends on the context of the expression. Without the context, facial expressions can be very misleading.

We all remember “the dress.” An illusion like this shows that even a phenomenon as basic as color perception can be ambiguous. Emotions are much more complex entities than colors and thus can lead to even more confusion. Our perception of emotional expressions is related not only to the physical properties of a face, but also to a bunch of other factors affecting both the percipient (for example, a person’s past experience, cultural background, or individual expectations) and the situation itself (the context).

To test that idea, researchers at Neurodata Lab created a short test and asked more than 1,400 people from 29 countries to have a look at four pairs of photographs, or eight in total. The first image in each pair showed a woman with a certain facial expression. The second was identical to the first, except that it had an object added to it: a mascara brush, a book and glasses, a toothpick or a guitar. These objects added context. People then had to look at every image and indicate if the facial expressions looked emotional to them.

Head over to the Scientific American to know more details about the study.