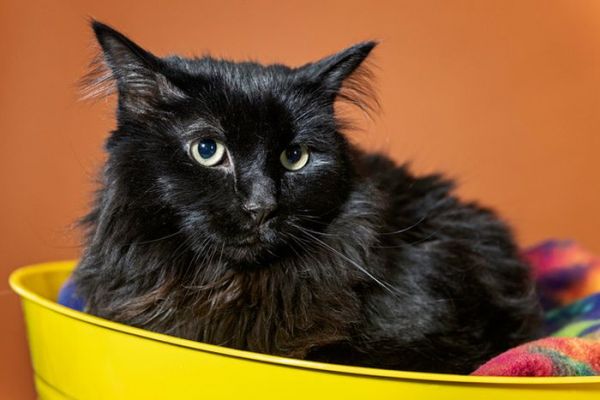 Viktor Usov of Portland adopted his cat Sasha from the Oregon Humane Society about six years ago. One day Sasha went missing. After a week of searching, Usov assumed that Sasha had been killed by a coyote. That was in 2014. Then a few weeks ago, Usov got a call from an animal shelter that had found Sasha! They got Usov’s phone number from Sasha’s microchip. The animal shelter was in New Mexico. How did the cat end up 1300 miles from home?

“Cats are notorious for jumping U-Hauls, trains and cars. Somehow it hitched a ride and ended up here,” Murad Kirdar, a spokesman for the shelter, told the Sante Fe Reporter. “How [he] managed to survive to get here is the million dollar question. I can tell you [he] hasn’t missed a meal.”

Usov has his own theory.

“He went on a grand American adventure,” Usov told KGW. “He stopped by the Grand Canyon, Crater Lake, he saw the monuments, all the national parks, definitely Redwood Forest.”