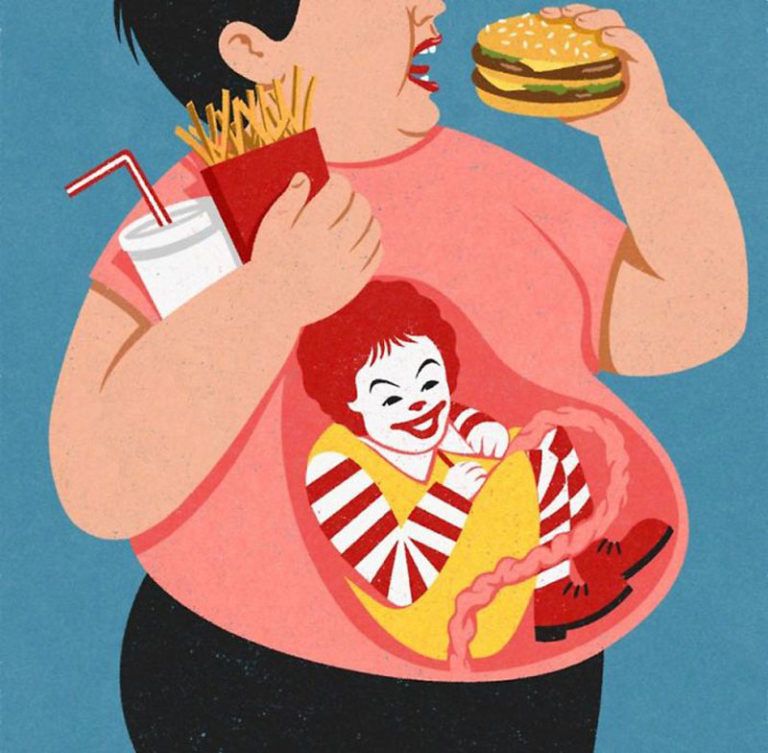 From being addicted to fast food and social media to the new generation’s exposure to technology, John Holcroft’s illustrations will surely make one think about the current culture.

Designer Daily has the rest of the illustrations. 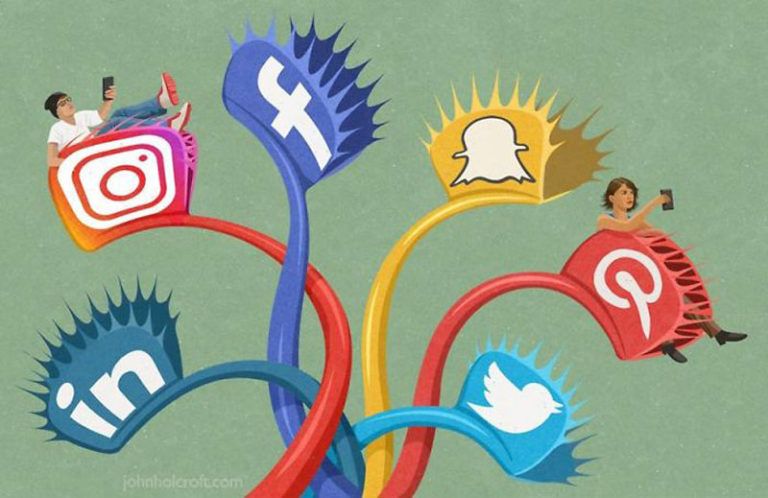