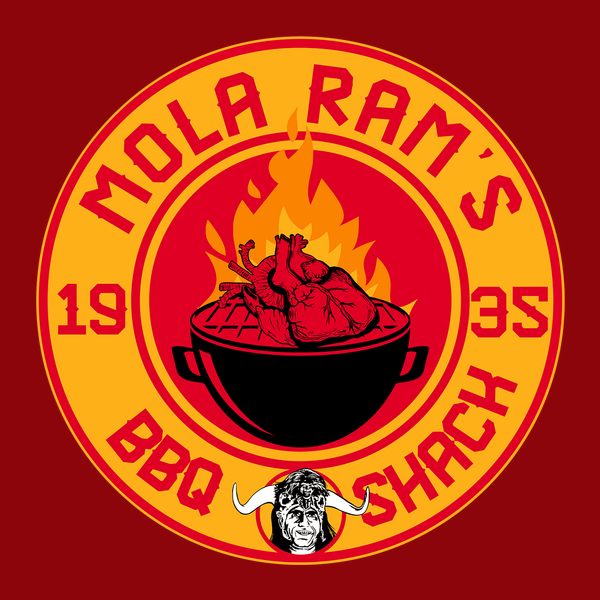 When Mola Ram failed to eliminate intrepid adventurer Indiana Jones he also failed to prove himself worthy of worship- so his followers left him to rot in that lava filled underground cave. Mola spent the next year moping around the cave, and when he was done moping he discovered he was really, really hungry. So he took a look around the cave and discovered he had mushrooms, meat and stringy green vegetation at his disposal, as well as a red hot heat source with which to cook his food. After five more years of cooking up whatever he could find Mola was ready to rejoin the world and regain his throne by becoming the King of BBQ- so he opened Mola Ram’s BBQ Shack and started serving up old fashioned barbecued hearts just like Mama Ram used to make!

Show the world you have really good taste when it comes to geeky fashion with this Mola Ram’s BBQ Shack t-shirt by CarloJ1956, it’s deliciously different!