Every family has their own household rules. Take off your shoes as soon as you come inside. Make sure you always put the toilet seat down. No cell phones at the dinner table. No TV after 9pm. In your own home, you are allowed to enforce whatever rules you see fit. But parents have to understand that as soon as they are in a different setting or hosting another friend’s kid, they might not be able to have full control.

Last week, one mother reached out to MumsNet wondering if she was being unreasonable for not wanting to enforce the same mealtime rules as her friend when all of their kids are eating together. Below, you can read the full story and decide for yourself which mother you agree with. Let us know in the comments how you feel about these eating rules, and then if you’re looking for another Bored Panda piece about parenting drama, check out this story next. 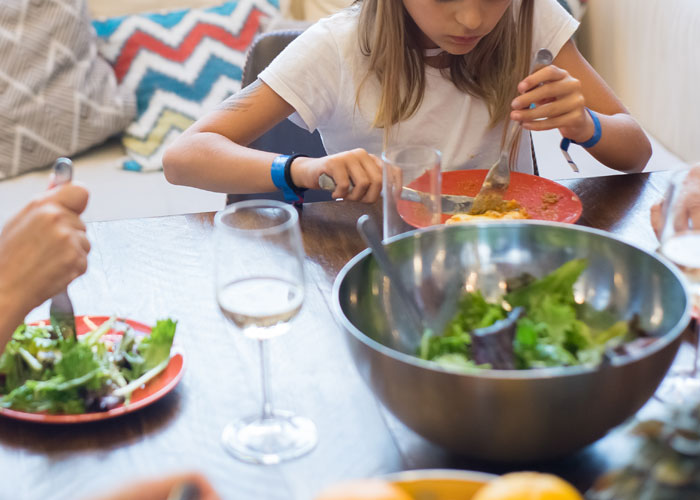 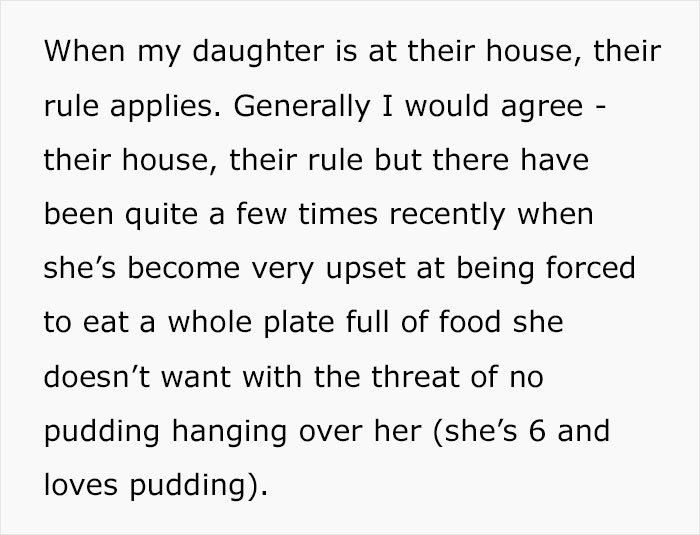 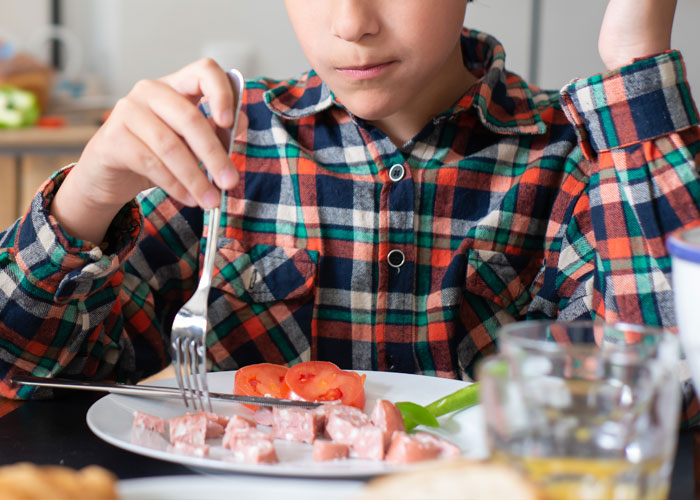 Despite both households having different expectations, the mother’s friend insisted on all of their children following her rules when they eat together 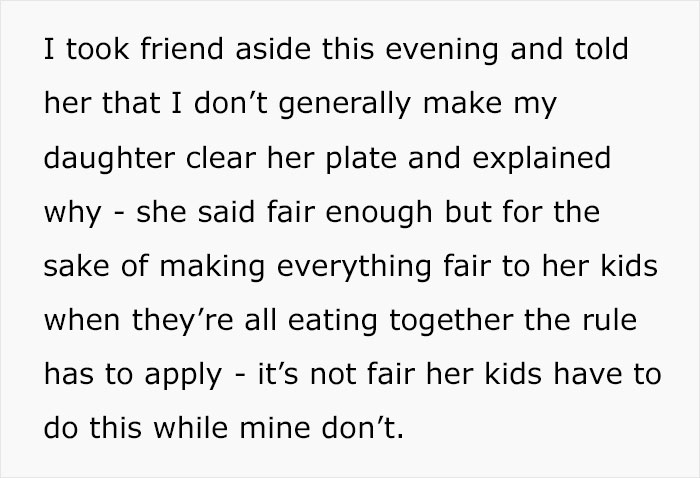 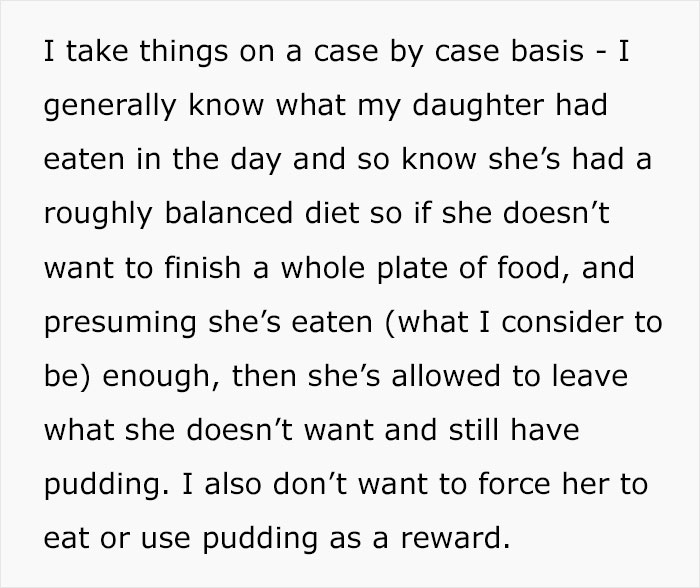 Food rules can be a sensitive topic. On one hand, parents have their children’s best interest at heart when they enforce rules like the need to clear their plate or limitations on desserts. They just want to ensure their kids are nourished properly and that they never go hungry. But what a lot of adults tend to forget is that children are incredibly intuitive. They have not had decades of conditioning from diet culture telling them what to eat when or how much of it they’re “allowed” to have. Kids just listen to their bodies, and they know to eat when they are hungry and stop when they are full. Something that everyone should know how to do, but sometimes diet culture, pressure to lose weight, societal expectations and histories of disordered eating cloud our body’s judgment. And developing the habit of eating an entire plate of food regardless of whether you are hungry or not is a surefire way to lose sight of your hunger cues.

Using dessert as a reward is also a dangerous game. It can lead children to develop a scarcity mentality around foods like cookies and candy where they feel they have to eat as much as they possibly can when they have access, before it gets taken away. When foods like desserts or chips are put on a pedestal, kids can also feel shame and guilt around eating them. It is also common for people who perpetuate diet culture to assign moral weight to certain foods, for example, having a salad is a good, “clean” choice while eating a slice of pizza is “cheating” or “being bad”. Treating sugary or high fat foods drastically differently than fruits and vegetables can lead to kids craving the “forbidden” foods even more and feeling like healthy foods are boring and gross.

One of the most vital reasons for parents to ensure their children have a healthy relationship with food is to lower their risk of developing an eating disorder. According to the National Association of Anorexia Nervosa and Associated Disorders (or ANAD), 9% of the world’s population is affected by various eating disorders. And while this issue is not often talked about, as it is still considered taboo to some people, it can lead to devastating consequences. “Eating disorders are among the deadliest mental illnesses, second only to opioid overdose,” reports ANAD. It is so vital that parents allow their kids to listen to their bodies and learn how to nourish them without any pressure to fixate on certain foods or how their body looks.

While both mothers mentioned in this post just want the best for their children, there is a way to go about it without forcing someone else’s kids to abide by the rules of your household. As the replies show, most readers are on the side of this concerned mother who refuses to use food as a threat or reward. We’d love to hear in the comments how you feel about this situation and how you would react in this mother’s shoes. Did your parents set rules around food when you were a kid? 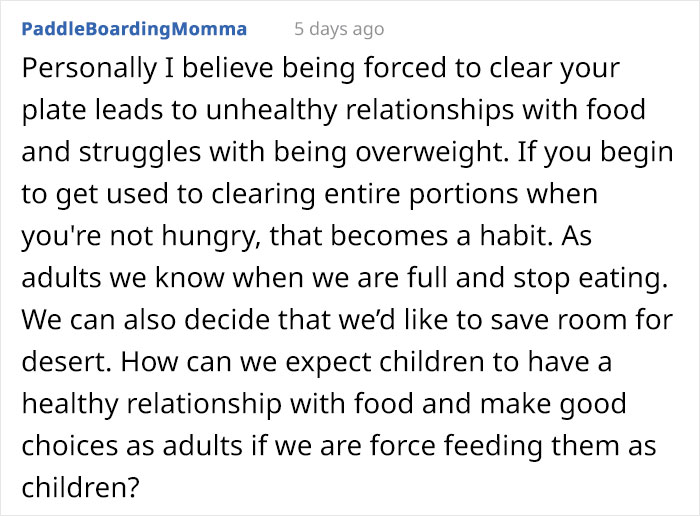 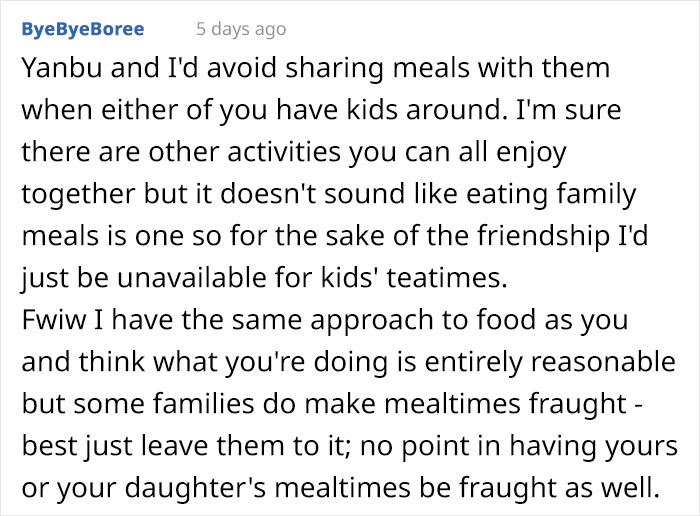 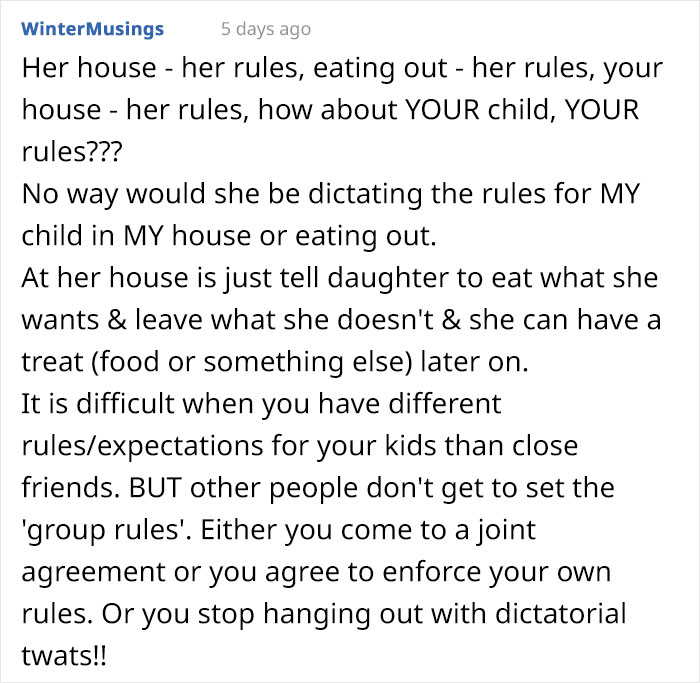 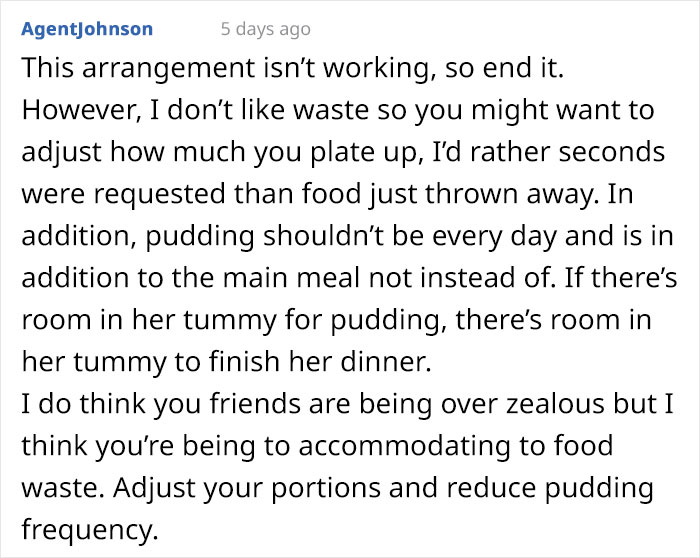 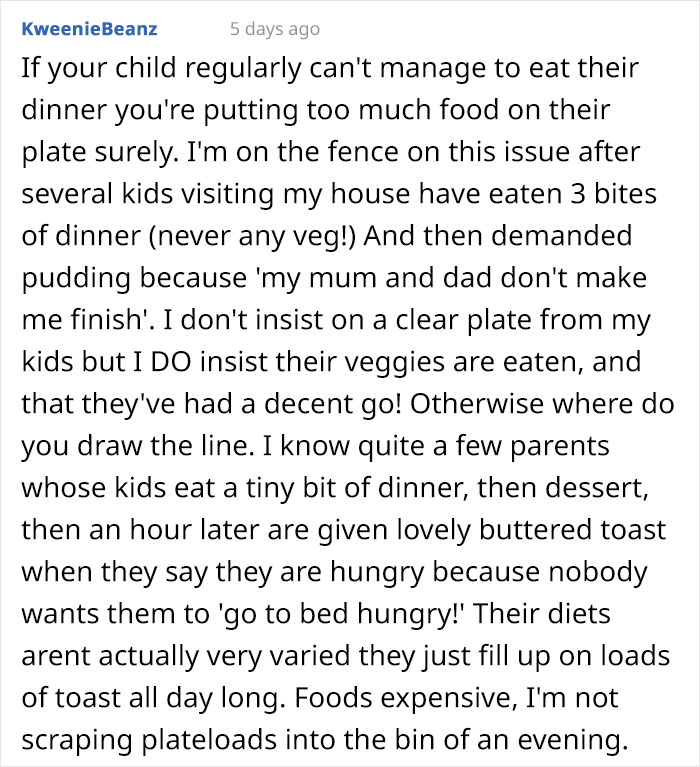 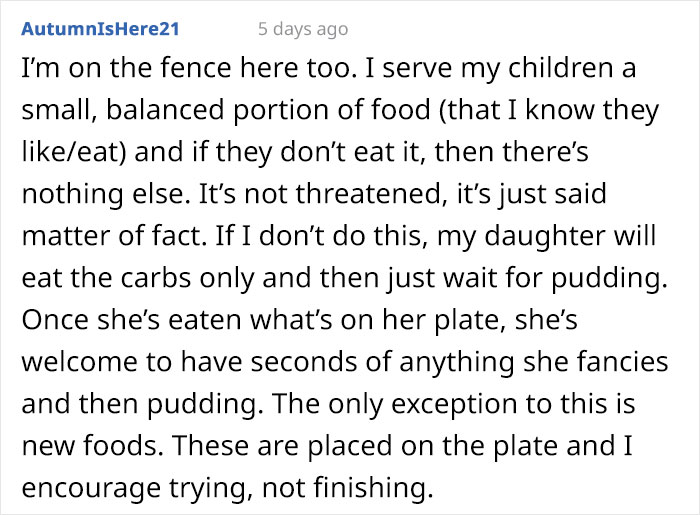 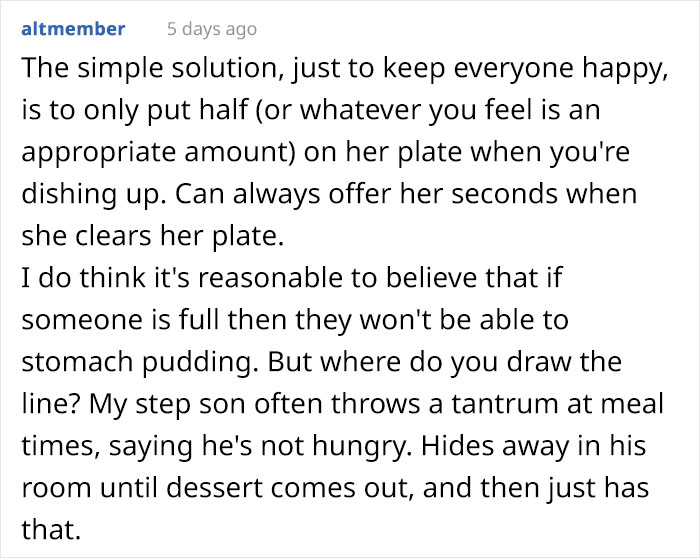 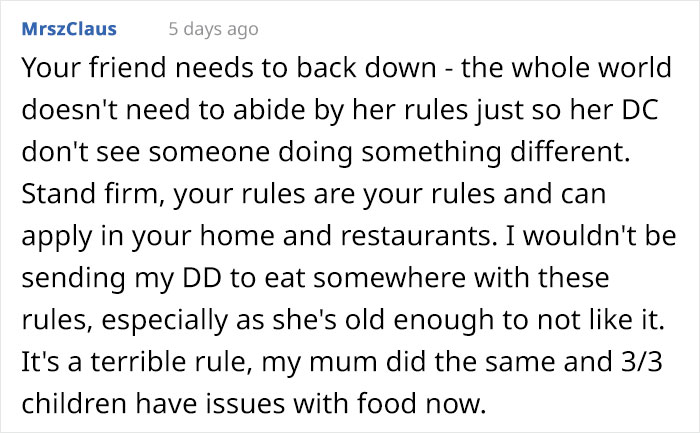 The post Mom Angry At Friend Who Tried Forcing The “Clean Your Plate” Rule On Her Daughter first appeared on Bored Panda.