When a baby is born, they are helpless and have no understanding of the world, so the parents have to make every decision for them. That not only includes important things like when they get to eat or go to the doctor, but also more fun aspects like what they get to wear or what their room looks like.

Mom of 4, Reby Hardy, took that creative liberty with her children’s rooms and her youngest daughter’s nursery became a hit online. It was not the cute, bright and colorful nursery that is just more over the top than others. It was actually quite dark and gloomy, reminiscent of a room in a Gothic castle. 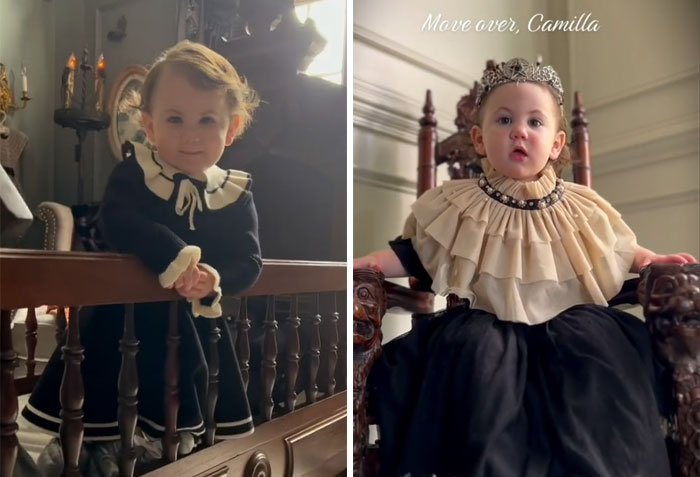 Reby Hardy is currently most occupied with her children and is working from home as a graphic designer, but in the past, the woman was a professional wrestler. Through this profession she met her husband Matt Hardy, who is most known for his time with WWE.

Now the couple has 3 sons and their youngest is a daughter. Ever Moore, or Eevee, is just 18 months old but has the media talking about her as people are fascinated with the series on her mom’s TikTok she stars in called “Life Of A Gothic Baby.”

It all started when the mom decided to redecorate her daughter’s nursery that originally was a pretty typical bright room with beige accents. As Reby told WRAL News, the redecorating started when she painted the walls charcoal gray and found a vintage crib from the 1800s. If you spend any time on the woman’s TikTok, you quickly realize that she likes antiques and there are quite a few of them in the nursery and other parts of the house.

It seems that Reby is also passionate about decorating as every room in her house is decorated following one theme, a color palette or a style, so it’s no wonder she wanted to share what she created. 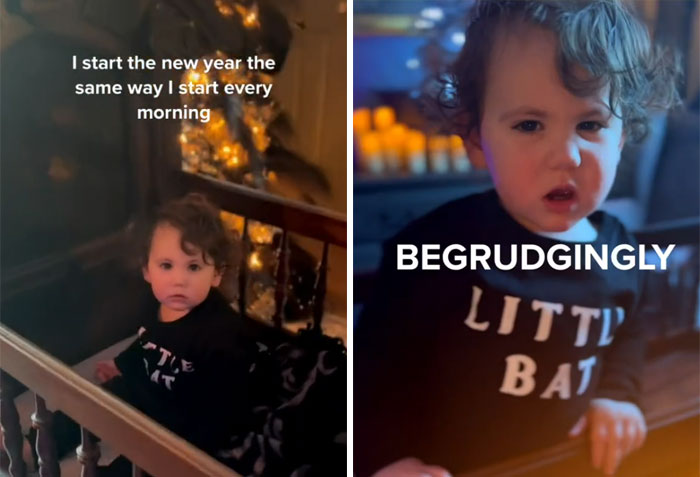 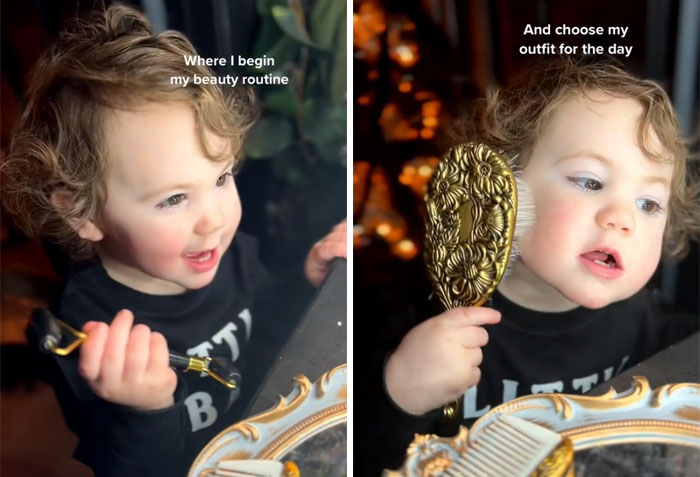 But initially the mom received quite a bit of backlash for making her baby live in such a dark monochromatic room. The woman told WRAL News, “The whole ‘Gothic Baby’ series, how that started, it was just me casually sharing bits of the house and stuff. Whenever people would see the nursery, there was always that comment ‘babies need color!’”

What people often forget is that social media doesn’t show it all and those posts show the more interesting and fun parts of the poster’s life. Reby explained that the rest of her house is not all black: “She’s got a secret hidden door within her playroom that is a revolving bookcase that leads to the most colorful room that I could possibly design. It’s a rainbow playroom pretty much, and it’s also a schoolroom.”

Having her parenting style judged when people didn’t even know what it actually is inspired Reby to go along with it for fun. “I just thought, you know, people just think that she lives in just this one room and she doesn’t move from this one room all day. And it’s just darkness and dust. So I was just like, let me just play into that.” 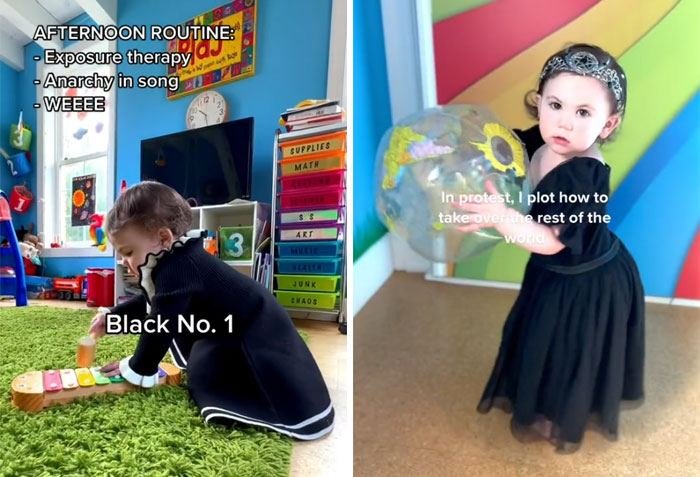 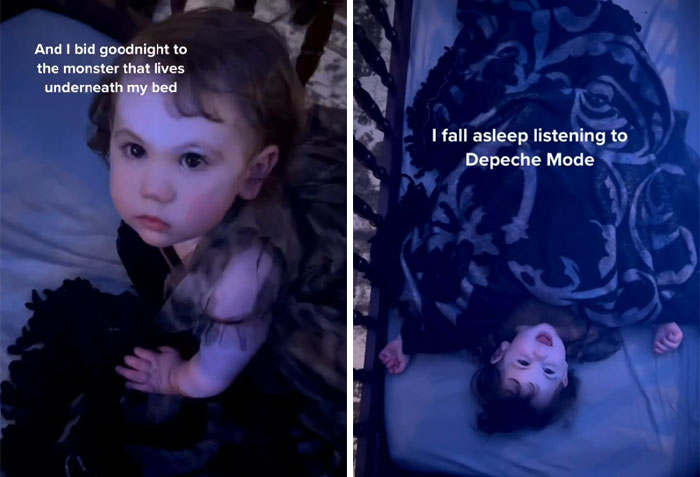 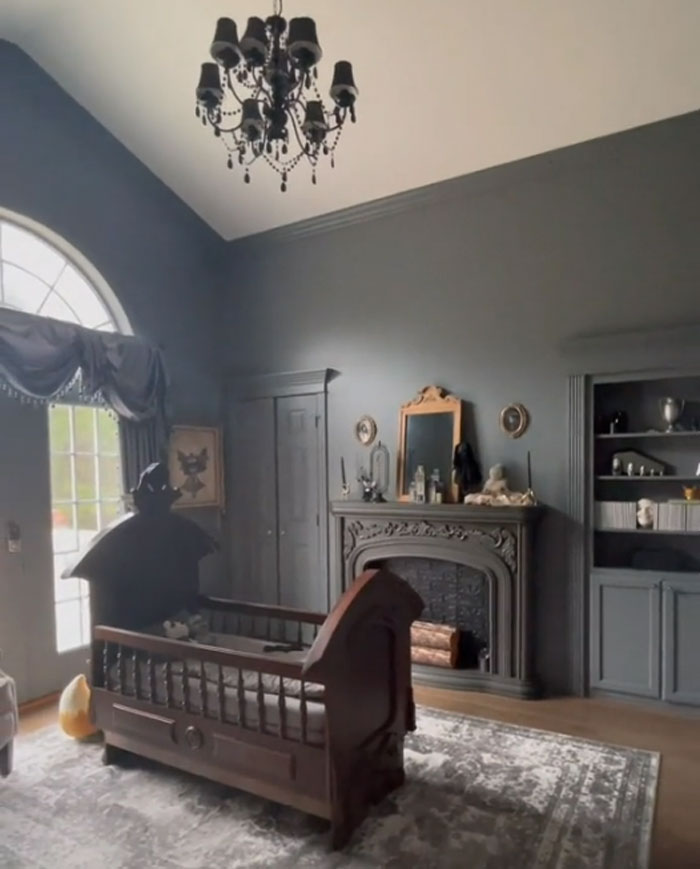 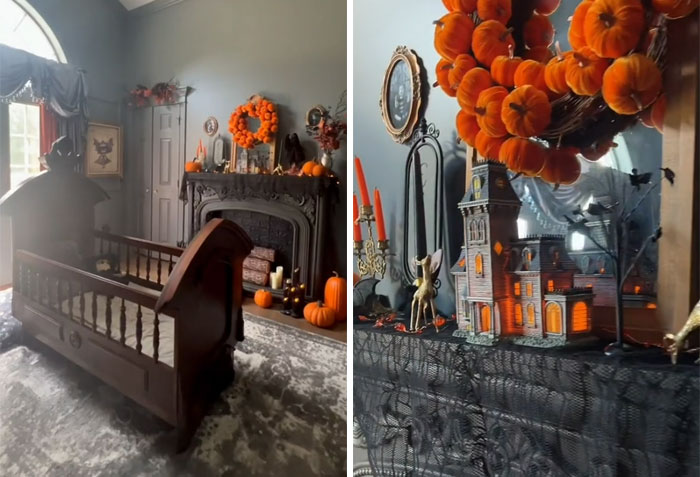 It wasn’t just people in the comments criticizing the mom for making a baby live in a colorless world, but her series was picked up by British media. Specifically by Loose Women, a lunchtime chat show featuring women from the entertainment and journalism worlds who discuss relevant issues and give an opinion from the perspective of a woman. 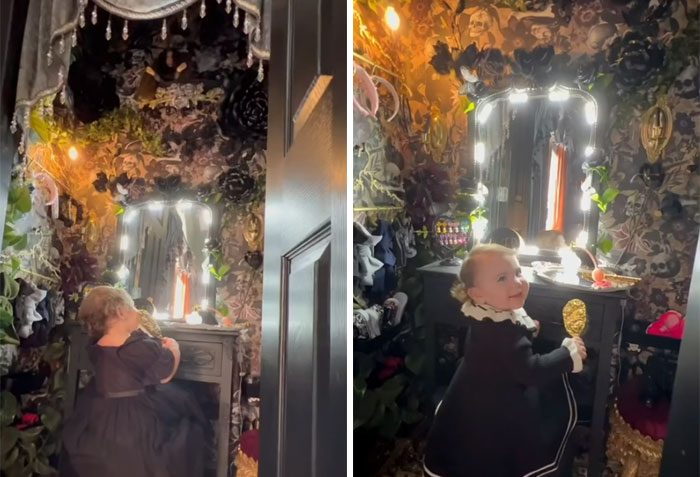 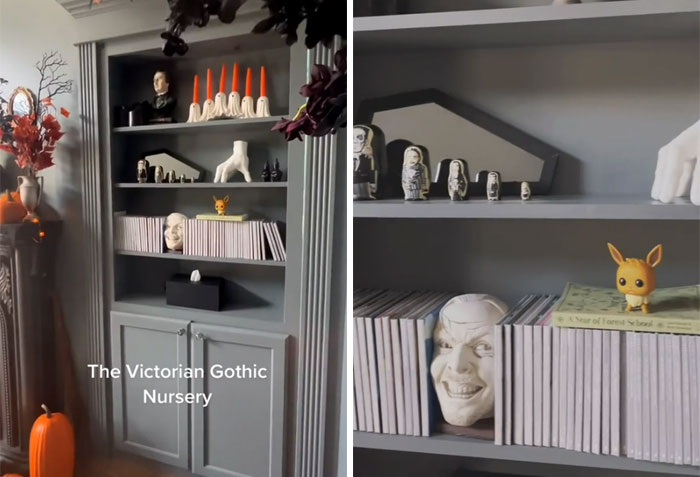 Actually, every room in Reby’s house is decorated to a theme and the baby has a very colorful playroom behind a secret door 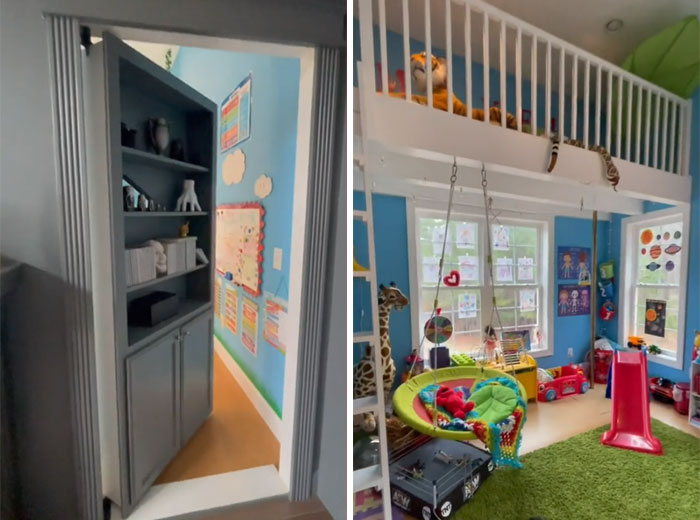 This comment sparked a discussion online and many people were disappointed in Katie for stereotyping the use of black in interior and fashion. This episode of Loose Women also reached Reby’s ears and she made a video explaining that “Gothic Baby” is a skit and a sarcastic response to people whining that babies need color, thinking the mom is depriving her child of it.

Not only that, but the TV show got a couple of things wrong. They believed the whole house was the same as the nursery, but Reby took a stroll around her house to find what the women were talking about and couldn’t find it.

Also, Reby thought it was quite weird that the guests of the show talked about the ‘beige mom,’ praising her for keeping the room gender-neutral. She didn’t really understand how her nursery differed from others which are only pink or only blue, as they are monochromatic as well, which means the baby is not introduced to more colors, which is a problem that people had with Reby’s designed room.

It bothered Reby that the ladies discussing her baby thought the gothic style was an “adult theme” like children’s beauty pageants, when the style’s origins have nothing to do with satanism, black magic or religion whatsoever. 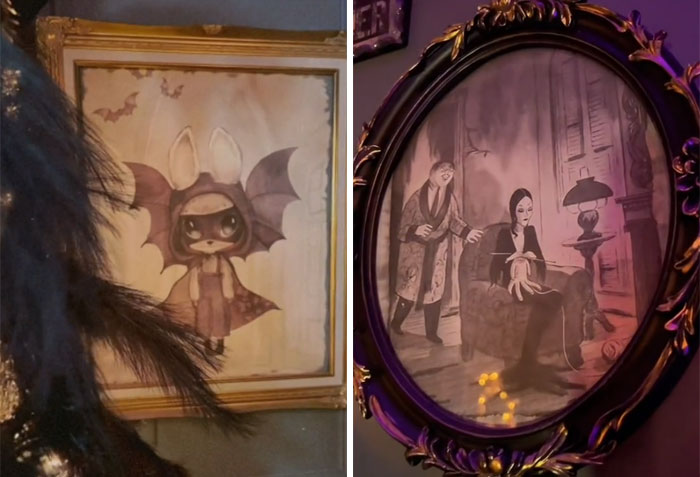 The mom wanted to break the stereotype that dark colors mean that a person is depressed, Satanist, belongs to a cult or is evil 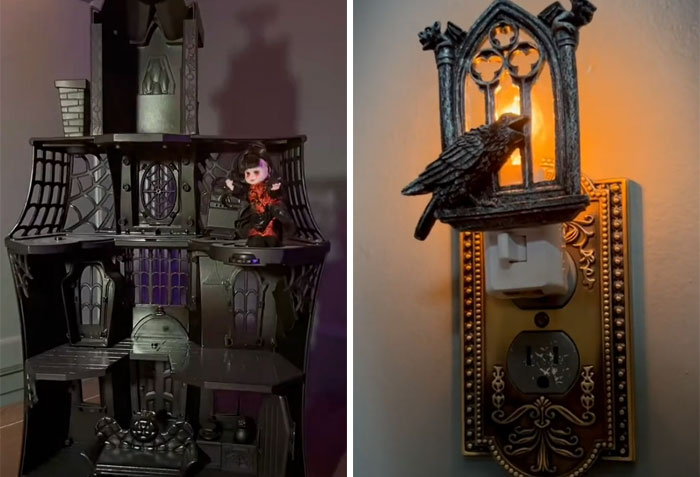 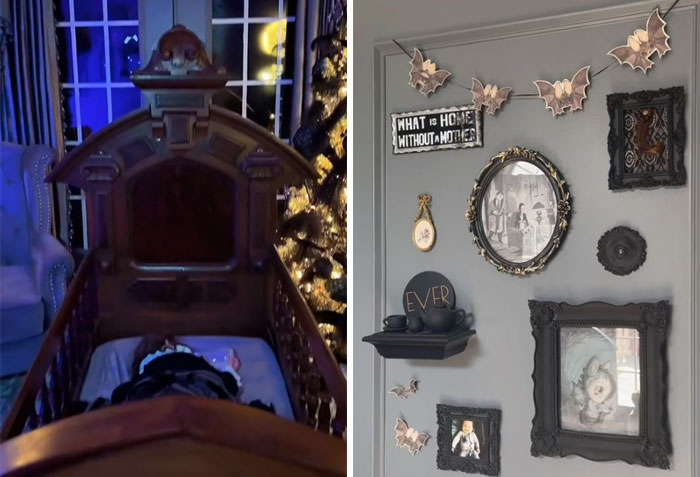 However, if you go to the comments of videos showing Eevee going about her Gothic days, people are fascinated with her. They love the room decor and how the Gothic style is adapted to the baby. They also love how the mom alters the decorations depending on the season.

People now realize that the Gothic Baby is living her best life and is provided with everything she needs, including love and family time. They get that this is a joke and applaud the videos for being engaging and entertaining.

Fans of Gothic Baby can’t get enough of her, but what is your impression of the series? Would you love to live in a house like that? Let us know your reactions in the comments.

Despite the initial negative reaction, people started to really love Gothic Baby and her room that is anything but boring or scary

The post Mom Fed Up With People Saying Her Gothic Nursery Is Bad For Her Baby Starts A Satirical Series Featuring ‘Gothic Baby’ first appeared on Bored Panda.