Believing in Santa is a universal thing that many children have in common. And it’s the most magical thing to wake up early in the morning with a Christmas tree surrounded by a pile of presents that you asked for from the person who cannot say no, because he has all the power to bring what you want, right?

But a mom on TikTok thinks that Santa doesn’t deserve all the credit for the presents children get and she explains that Santa brings her children the more basic, smaller presents and her kids know that the bigger presents are gifted to them by their parents. People online loved this idea because then children who live in financially struggling families wouldn’t feel as bad when richer children would brag about their presents. 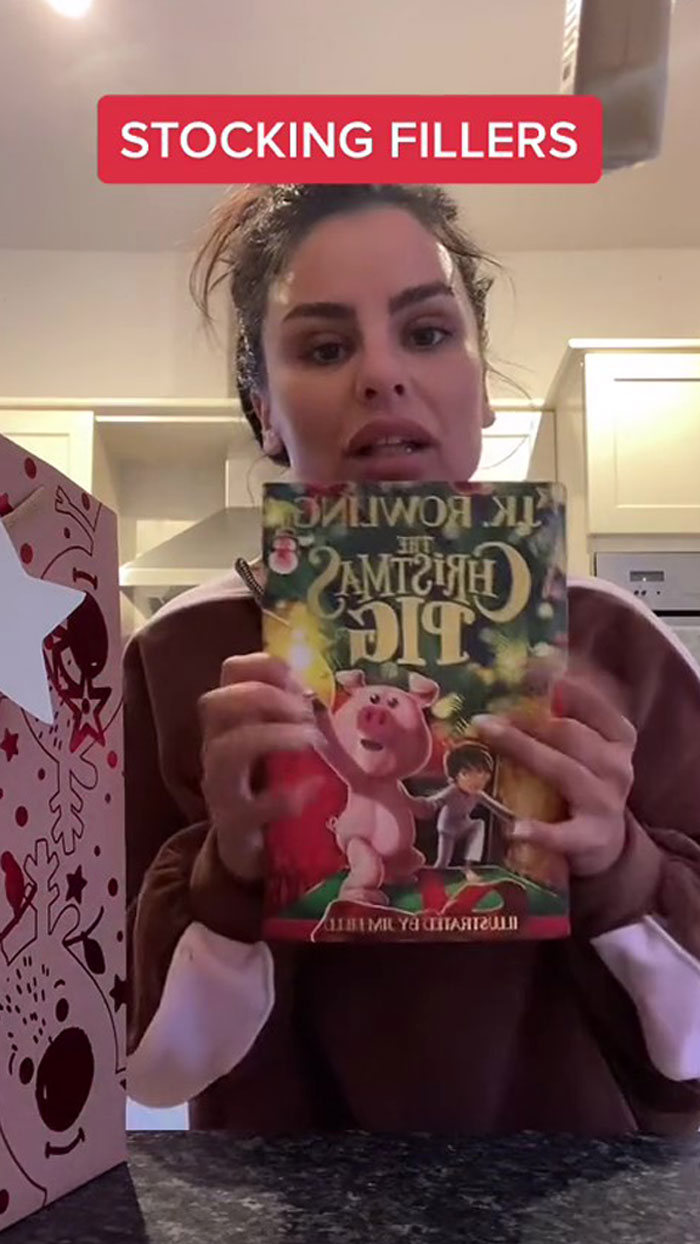 The mom who goes by SJ on the app usually shares hauls, outfits of the day and just daily thoughts. She went viral with 1.5 million views when she decided to share what goes into her children’s stocking fillers, a.k.a. the smaller presents from Santa.

In the video she mentions that she doesn’t want Santa to get the credit for those and people in the comments really loved this idea. 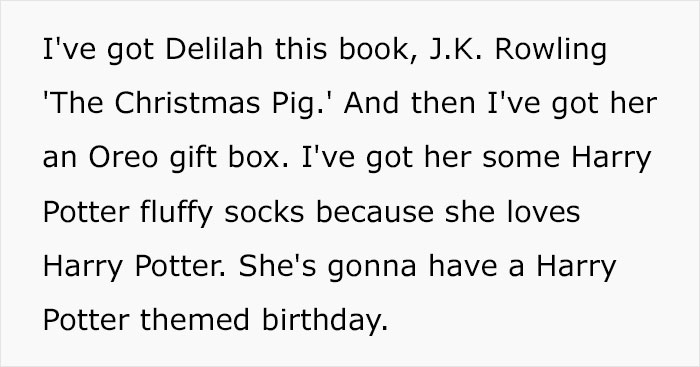 The presents in the Christmas bags included socks, sweets, fun things for the bath, and a book, so just some random little bits the mom found in the Poundshop that she thought her kids would love. Often such little things are called stocking fillers, because they are of such a size that they can fit in a Christmas stocking.

Why people loved the idea of splitting the gifts and explaining to children which ones are from whom was because not everyone can get big gifts from Santa because it’s still the parents or relatives buying them and as much as they would like to splurge on their kids, it’s really not possible for everyone.

She shows that she bought some socks, snacks and fun things for the bath and notes that Santa brings only cheaper things 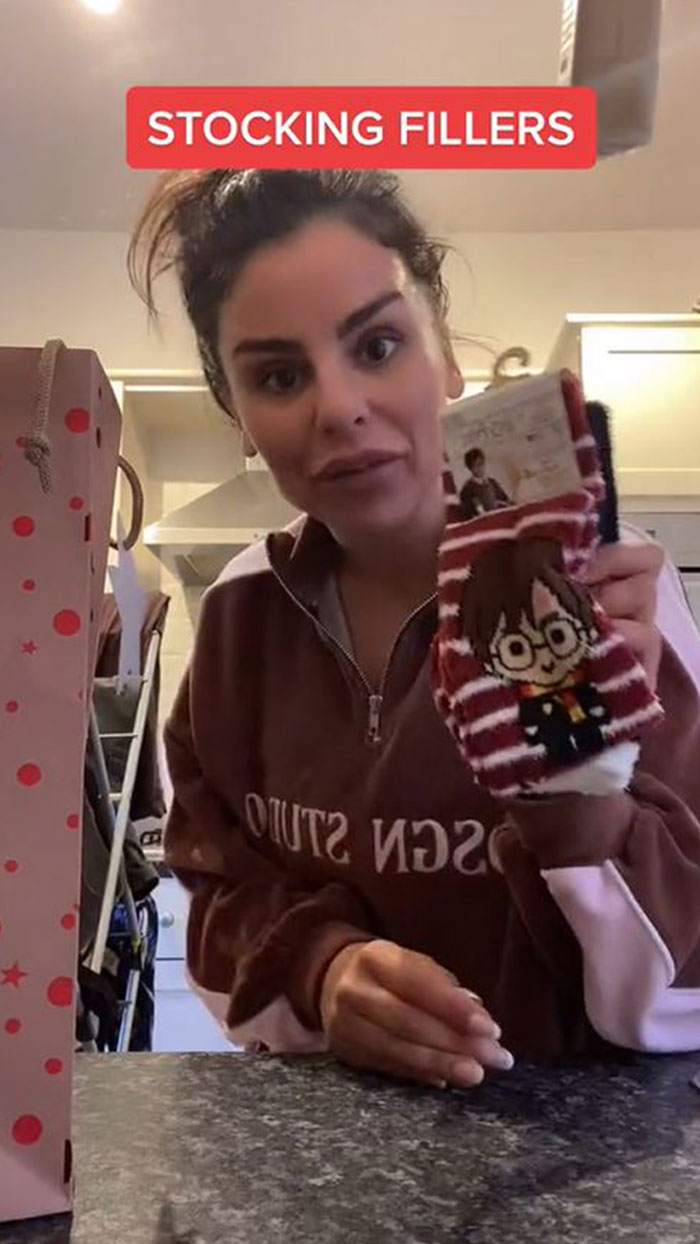 Bored Panda reached out to Dr. Tali Shenfield who is an expert in the areas of school psychology and child clinical psychology. She is also the Clinical Director of of Richmond Hill Psychology Center and has her parenting and child development blog you can check out by clicking here.

She told us her opinion about parents separating their own presents from the ones Santa brings children, “I think it’s a good idea, as it will make it easier for kids to understand why some children get more presents or presents of different value than others. Also, it will help them not to feel disappointed when they eventually find out that Santa is not real.” 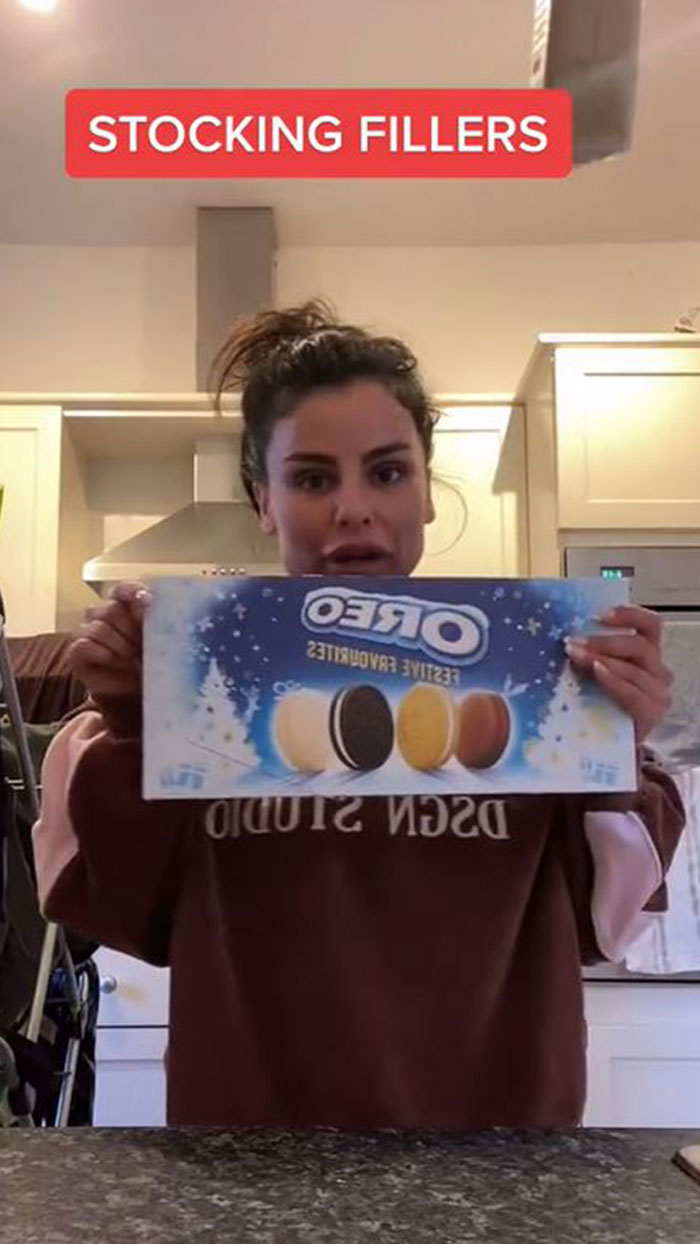 However, there were parents who disagreed in the comments because they thought it wasn’t fair for their children. Others explained that the parents can still spoil their children with whatever gifts they see fit, whether it’s a bag of chocolates or the newest iPhone, but if they told their little ones that the bigger gifts are from their parents and not Santa, that would make kids whose parents are not so wealthy feel better about themselves.

Because what happens is that they immediately think that they weren’t good enough the past year and that is why Santa didn’t bring them better presents or as good as their friends’. It’s so much easier to explain why their parents couldn’t buy them what they wanted instead of Santa who is supposed to have limitless resources and distribute gifts after considering who was a good kid and who wasn’t so good. 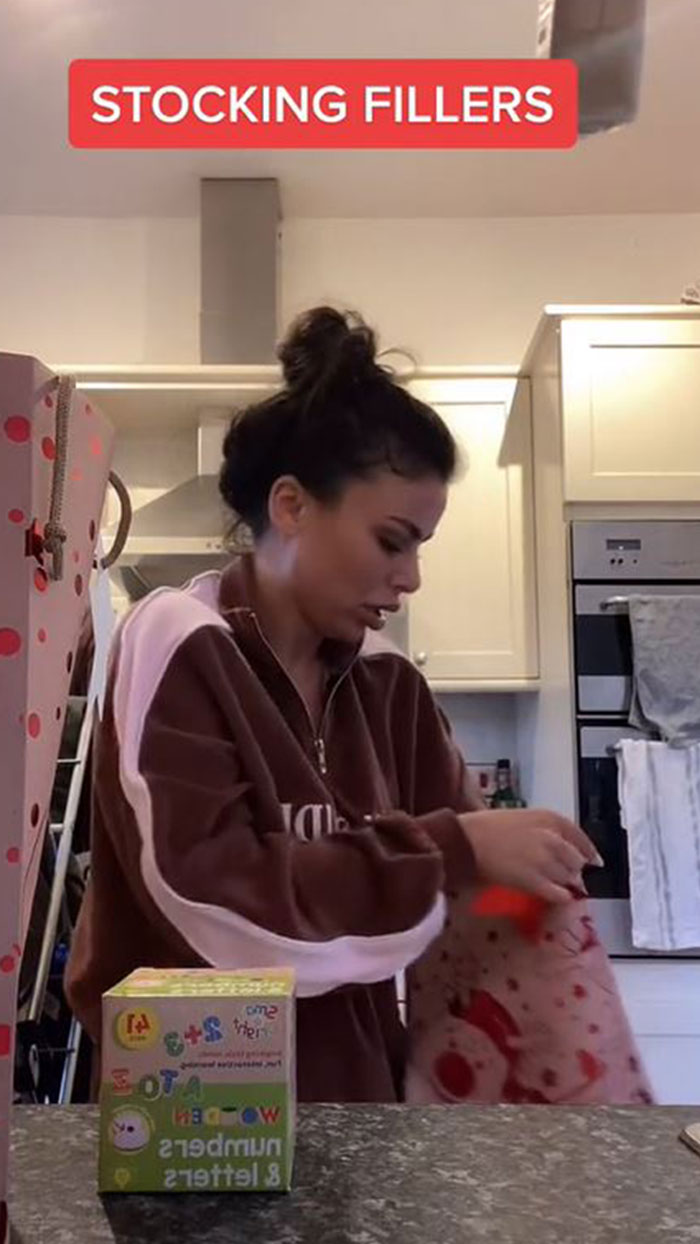 There were also people who suggested that maybe it’s best not to let children believe in Santa altogether to avoid disappointment. However, Dr. Tali Shenfield says that “Kids’ world is full of magic and belief in it is an essential element to their ability to cope with life.” It’s such a unique experience and outlook on life that will not come back, so depriving children from that would not help at all.

At the end of the day, Christmas is not only about the presents, there are other ways to show love, but it’s hard to explain that to a small child. So if others would be more compassionate and considerate and would like to keep the Christmas spirit up, it would just make some parents’ hearts less heavy. 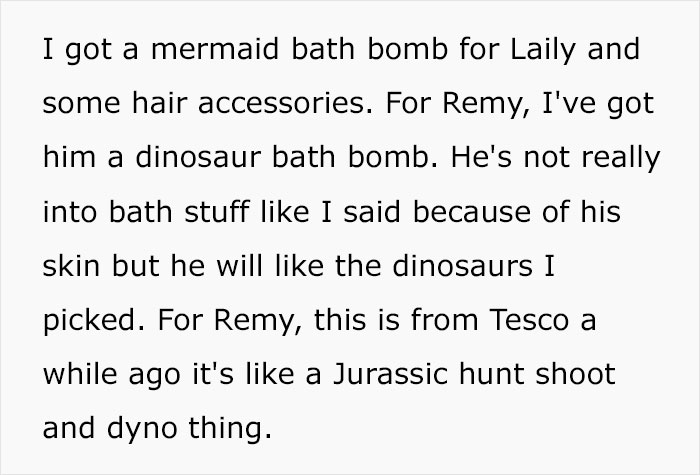 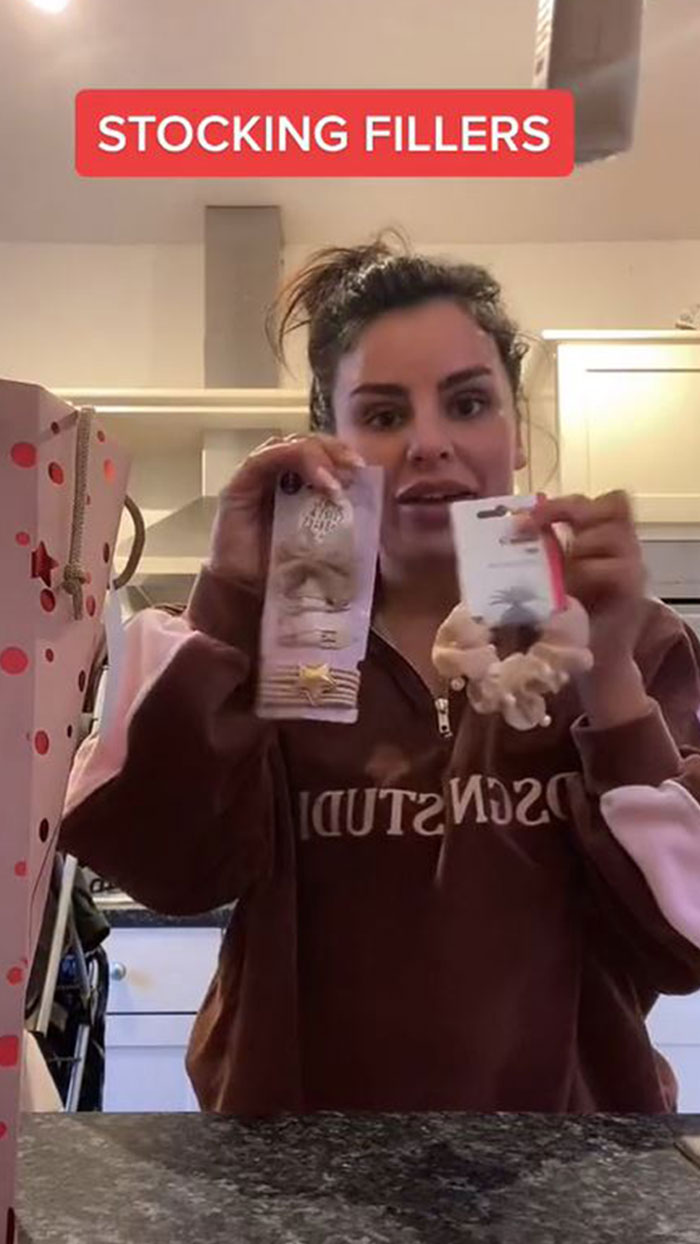 Besides, it doesn’t last that long and children really never get mad at being told Santa is real. Gradually they acquire the ability to tell what actually exists and what is made up. Dr. Shenfield explained to us, “As children mature in their ability to comprehend the reality and deal with it, they gradually drop magic beliefs as no-longer-needed scaffolds. This is a natural process that happens at slightly different times for each child, but there is no need to speed it up.”

It can be hard to keep it to yourself that your kid’s classmate got more expensive gifts from Santa because it was actually the parents who bought them and you may feel like lying, but Dr. Shenfield doesn’t consider that lying and suggests that revealing that Santa is a myth should be natural, for example, “when your child starts expressing their doubts and asks questions and you feel they can cope with this information.” 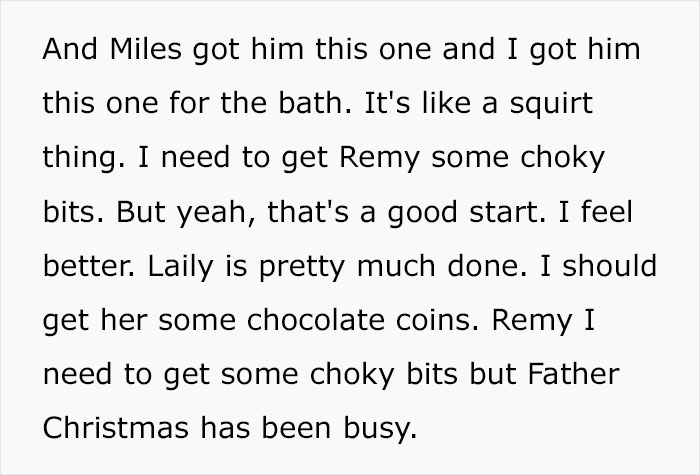 Have you ever heard of this method of separating big and small Christmas gifts? If this is your first time hearing about it, do you think it makes sense? And if you are doing something similar, how did you come up with it? Feel free to share your reactions and opinions in the comments!